Once upon at time, Toronto's streetcar system was powered entirely by horses.

It wasn't until 1892—30 years after "horsecar" service started—that electric streetcars even existed in the city. But you'd be forgiven for not knowing that, as only one such horse-drawn streetcar still remains intact, and it hasn't been seen by the public in this city since 1967.

Local transit historian Trevor Parkins-Sciberras wants to change this, but it's not as easy as pulling the vehicle out from a warehouse and setting it up at the CNE. 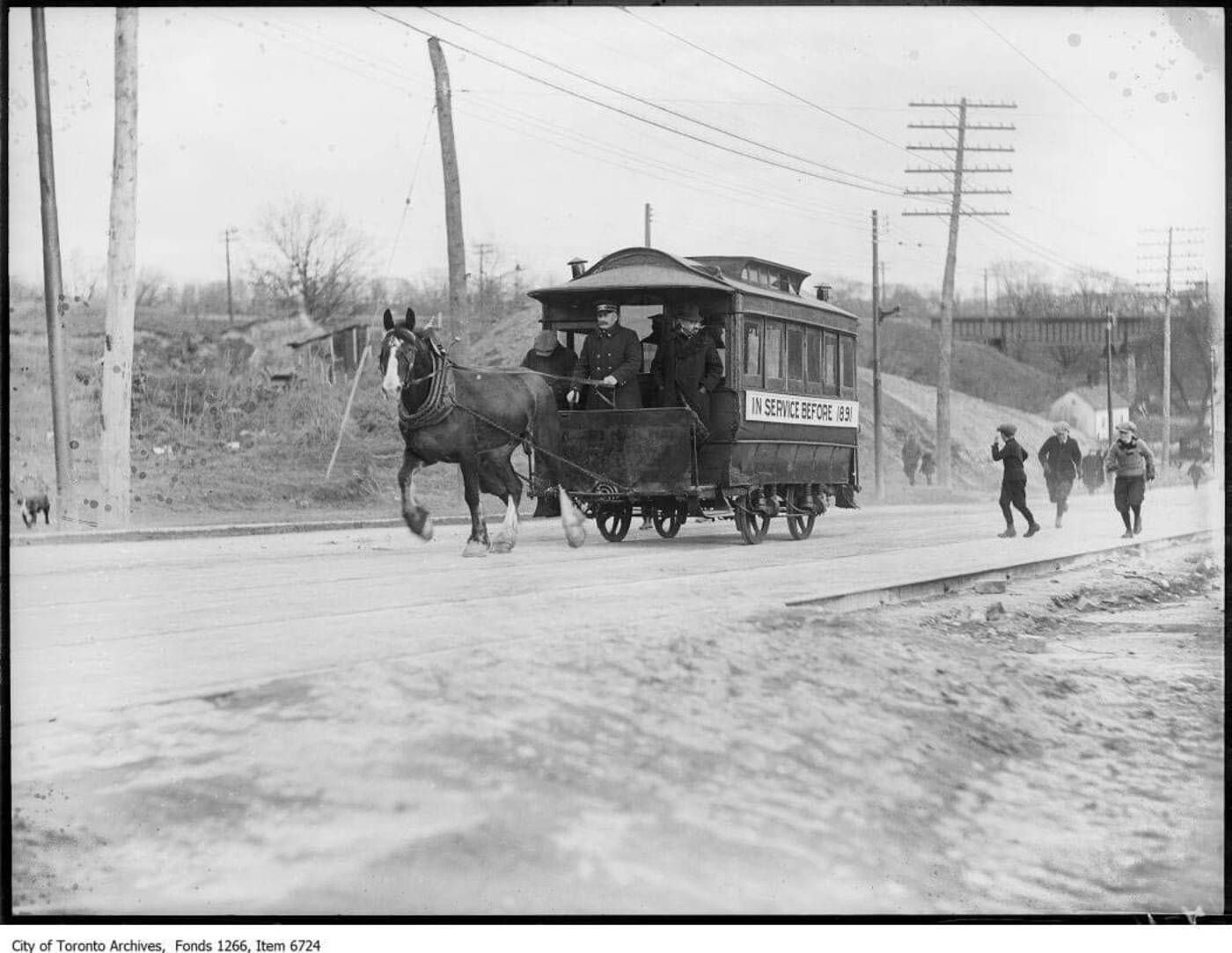 Perhaps flagging down a streetcar that doesn't stop would be easier with horses in charge. Image via City of Toronto archives.

"After being hidden in storage for almost 50 years, Toronto's last horse-drawn streetcar is back on display at the Canada Science and Technology Museum in Ottawa," he says of the horsecar, which the TTC donated as a historic relic in 1968.

"It has never returned home to Toronto since."

Horsecar #16, as it's called, was built by the Stephenson Coach Company in 1874. It was used on the streets of Toronto to transport humans until around 1893, after which point all horse-drawn vehicles were either converted to electric streetcars, phased out of service or turned into trailers. 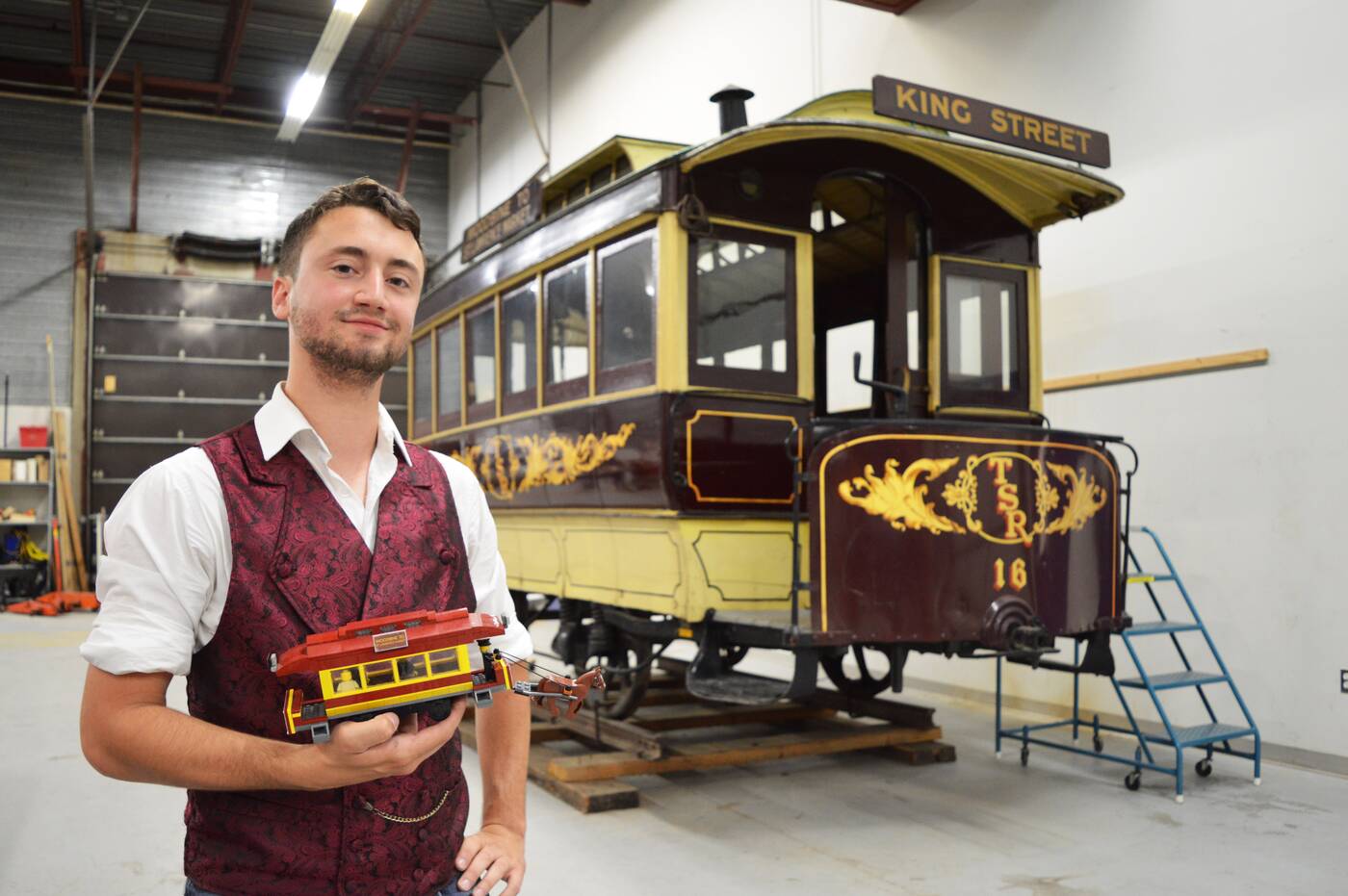 "I have been touring Toronto and teaching the TTC's history in the hopes of sparking an interest to bring this forgotten relic home," says Parkins-Sciberras, who himself has published a long and quite interesting account of the horsecar's history. 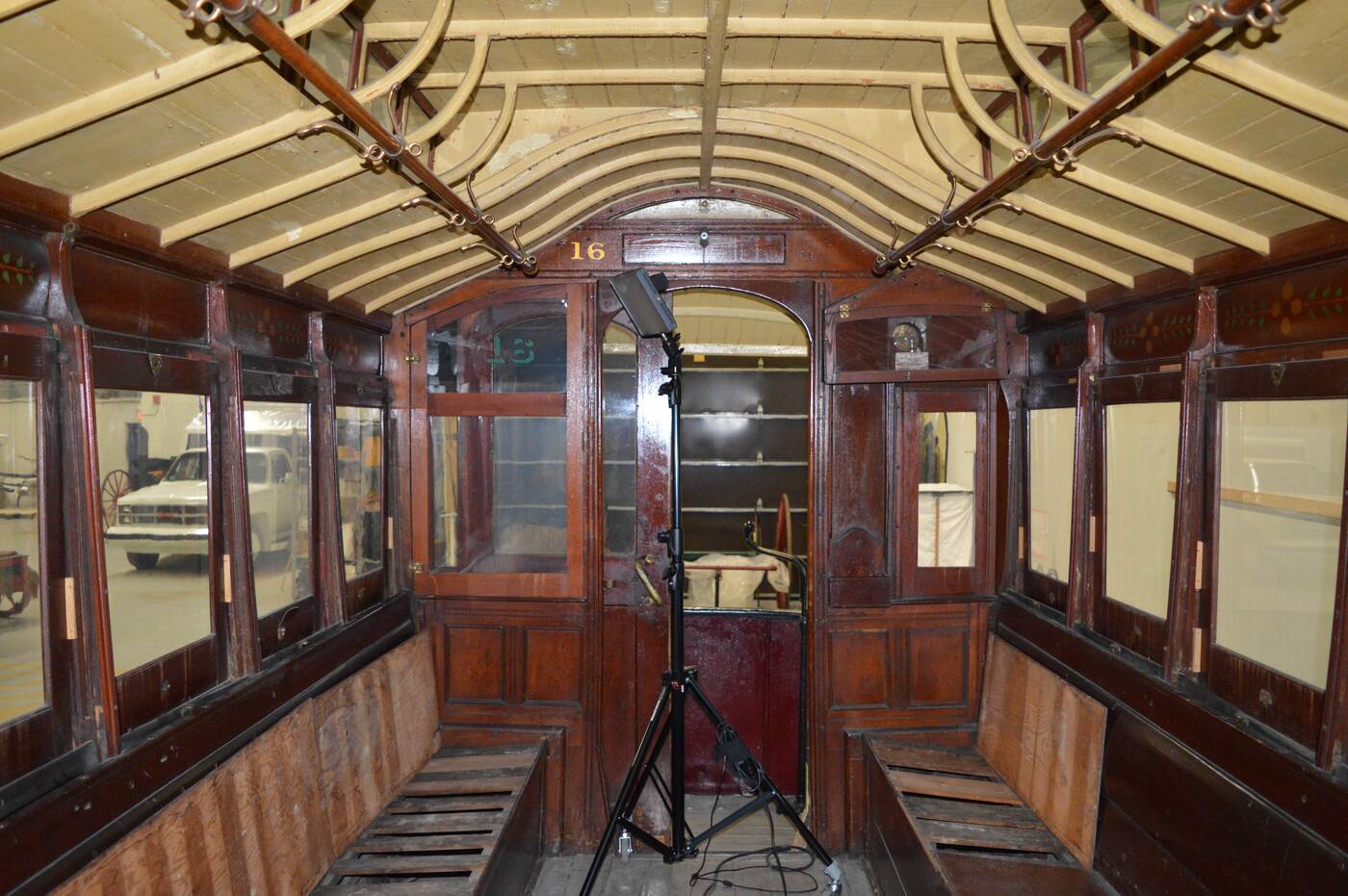 The interior of Toronto's last remaining horse-drawn streetcar, which was built in 1874. Photo by Trevor Parkins-Sciberras.

The goal is to generate enough interest in TTC history to bring every donated piece of equipment back and open an official Toronto Transit Museum by 2021. More than 300 locals have already signed a petition in support of the proposed museum.

For now, those who are interested in checking out Toronto's last remaining horsecar can hoof it over to Ottawa, where it will be on display until March as part of the Canada Science and Technology Museum's "Moving Stories" exhibit.