The PATH is getting a new extension to Union Station

Good news for people who use the PATH: Toronto's network of underground walkways is getting a new extension that leads straight to Union Station.

Bad news: It'll take at least 16 months to build, and it's going to reduce traffic on York Street to crawling speeds until April 2020.

Starting tomorrow, York Street will be reduced to single lanes heading north and south between Bremner and Lake Shore Boulevard West as construction on the extension officially begins. 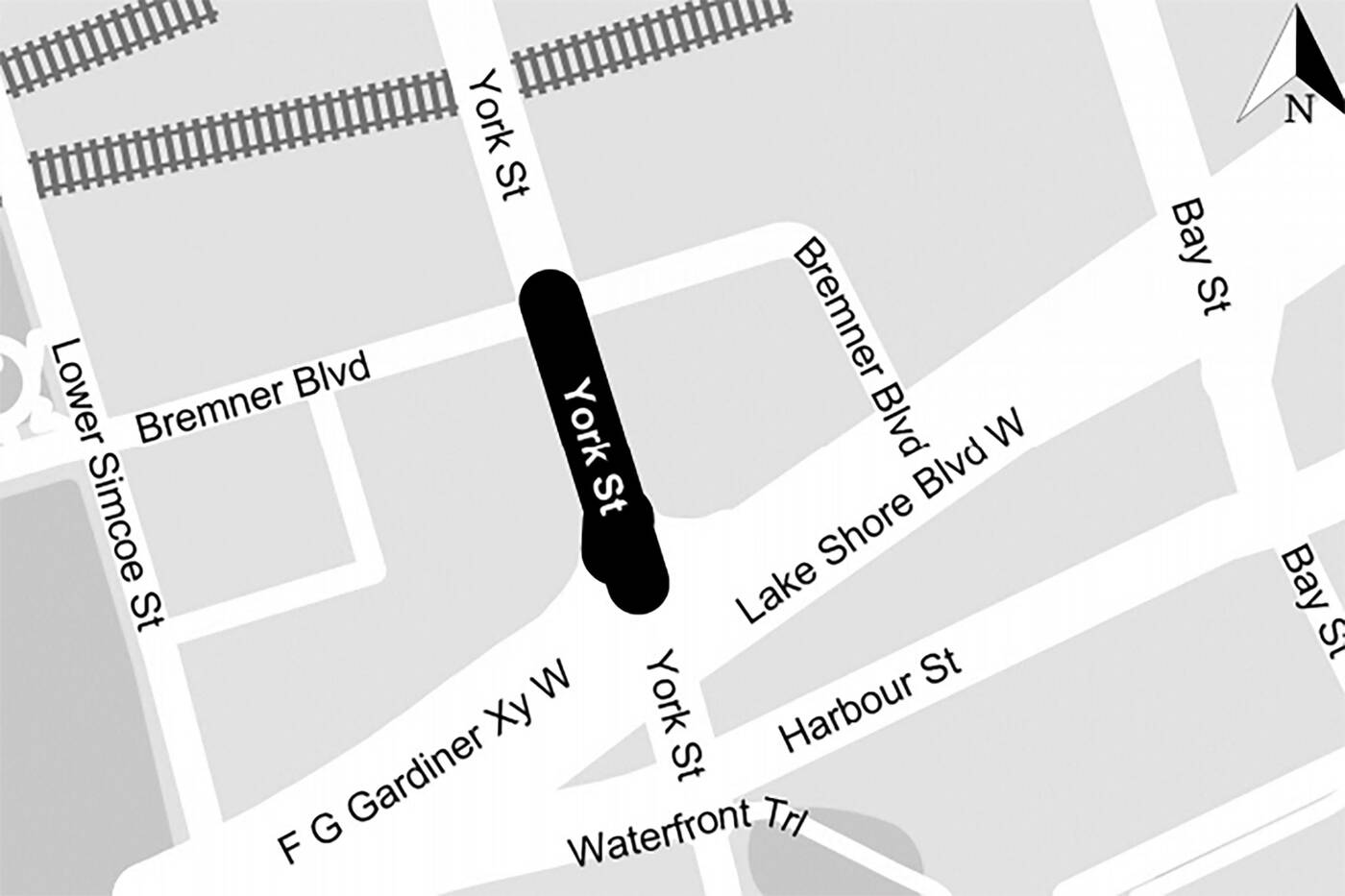 The traffic on York St. between Bremner and Lake Shore Blvd. West will be restricted due to construction. Photo courtesy of City of Toronto.

It's a stretch of just 150 metres, but the City has advised drivers and cyclists to consider taking alternative routes like Bay Street or Lower Simcoe Street until all lanes re-open next year.

Also not helpful for congestion is the fact that construction will be happening during both the morning and afternoon rush hours on weekdays (they'll be working from 7 a.m. and 11 p.m.)

As for the PATH extension itself—that's expected to open to the public in June 2020.