Toronto probably won't get a white Christmas this year

If the weather plays out as forecast right now, we'll likely see a lot of brown around these parts.

Weather Network meteorologist Dr. Dough Gillham warned Canadians in a blog post this morning that "millions are in jeopardy" when it comes to getting a white Christmas this year.

Southern Ontario currently has little to no snow on the ground thanks to mild temperatures hovering across the region and, aside from the potential of "a few flurries" on December 24, Toronto isn't expected to see any white stuff until at least New Year's eve.

Rain is expected on Friday, but with a high of 5C, it's more likely to wash out any existing snow than add more millimetres to what's already there. 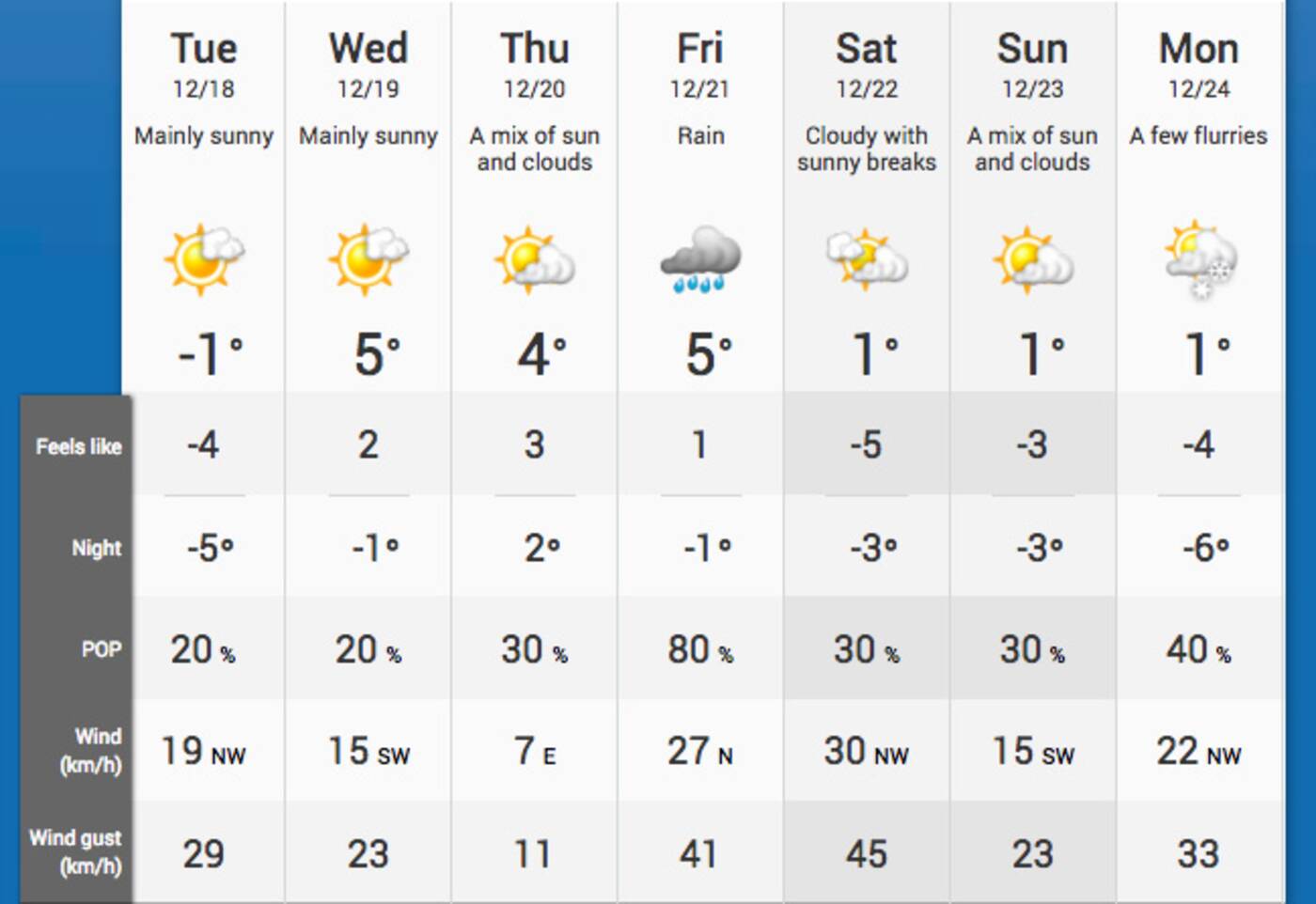 The last half of December is shaping up to be quite mild in Toronto, unlike the atypically dark and cold November the city just experienced. Image via the Weather Network.

"Even the Ottawa area is in jeopardy of losing their snow at the end of the week," notes Gilham. But not all hope is lost, for those who really care about whether or not it snows on Christmas.

"Colder weather (near seasonal) is expected for the final days leading up to Christmas," Gilham continues. "Leaving the door open to the potential for a well-timed system that could deliver a coating of snow to parts of this region just in time for Christmas."

Historically speaking, Toronto has a roughly 50 per cent chance of seeing snow on Christmas Day.

Should we get any of it this year, it won't be very much—less than a centimetre, according to the Weather Network—but anything's better than rain, am I right?