One store still a holdout in massive Mirvish Village redevelopment

The intersection of Bloor and Bathurst is nearly unrecognizable these days.

The iconic Honest Ed's has been reduced to a giant patch of dirt, and the businesses making up Mirvish Village have long gone, forced from the historic buildings lining Markham Street to make way for the project that will replace them.

But as construction rages on at the southwest corner of Bloor and Bathurst, one single store remains amidst the rubble of the beloved 69-year-old department store. 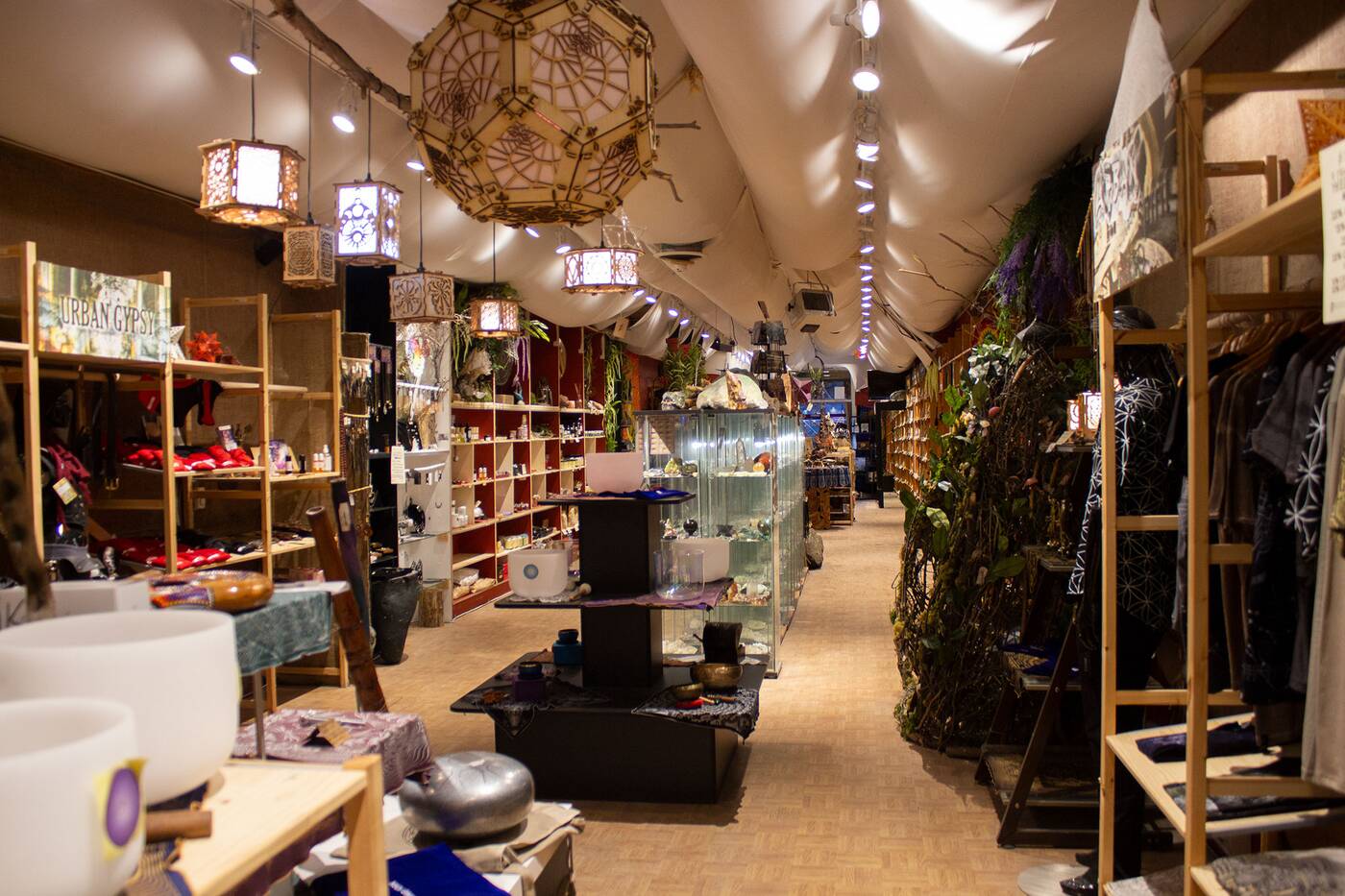 Alternative Thinking is the only store to remain since Honest Ed's was demolished.

Sitting right along the eastern edge of the massive Mirvish Village project by Westbank is Alternative Thinking, a shop selling healing stones, crystal bowls, and books on spiritual awakening.

This business at 758 Bathurst St. is the only one left from the pre-Honest Ed's demolition days. Maybe not by coincidence, this "hippie holdout" happens to be the perfect reprieve from the chaos cranes and incessant drill of jackhammers outside. 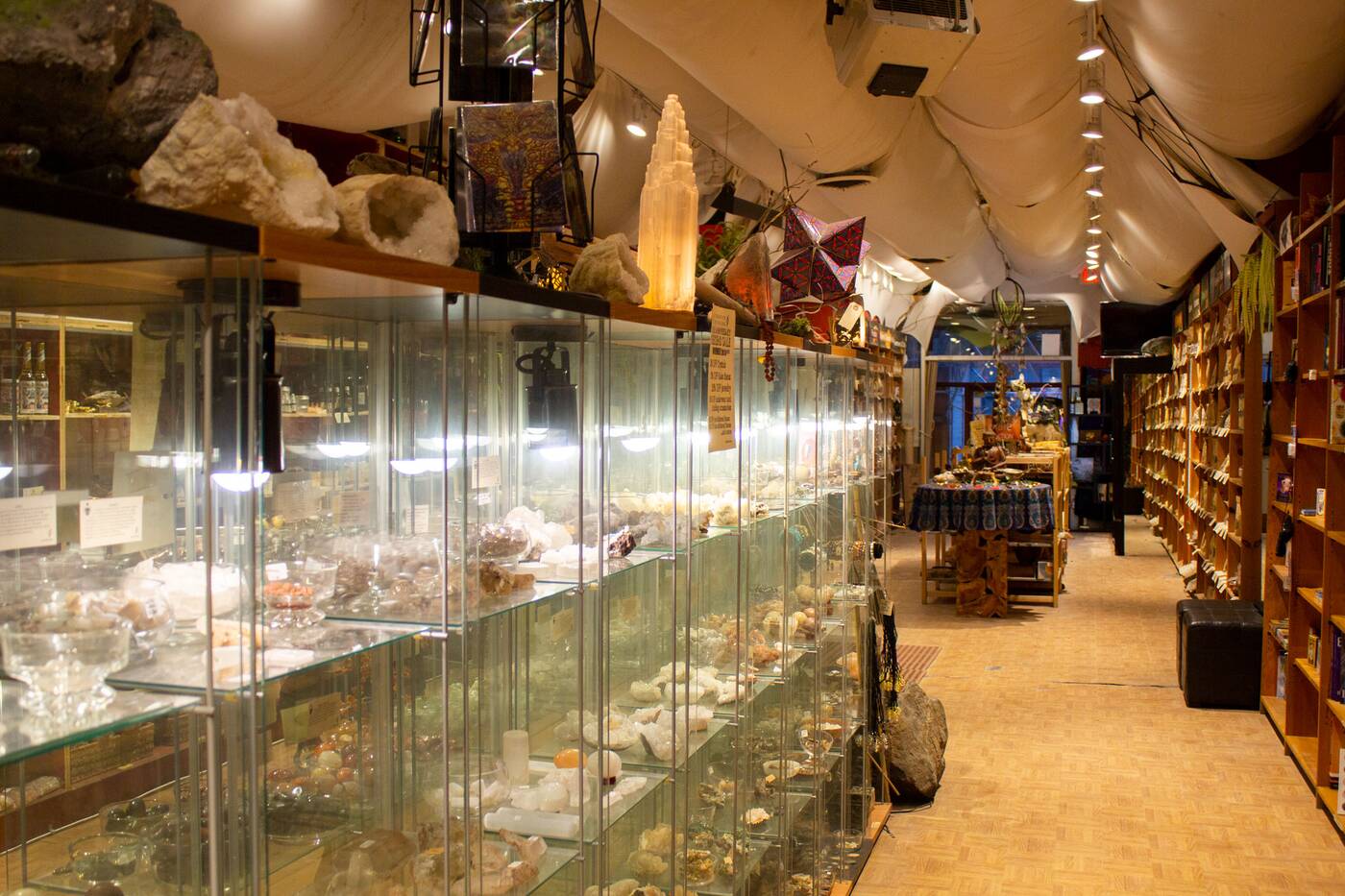 The store specializes in spiritual and holistic items.

Run by Revaz Mekvabishvili, Alternative Thinking and the old three-storey building it operates from is now surrounded by scaffolding.

Inside, however, it's business as usual as the store celebrates its ninth anniversary this weekend with discounts on crystals and jewellery.

"It's been noisy," says Mekvabishvili. "And it has affected us a little bit, but thankfully we feel like we have a solid foundation and we do have a customer base."

With the number of interesting items for sale in the store—from the books on chakras to the rows of cases holding shimmering crystals like chabazite and lapis lazuli—it's hard to notice the construction outside. 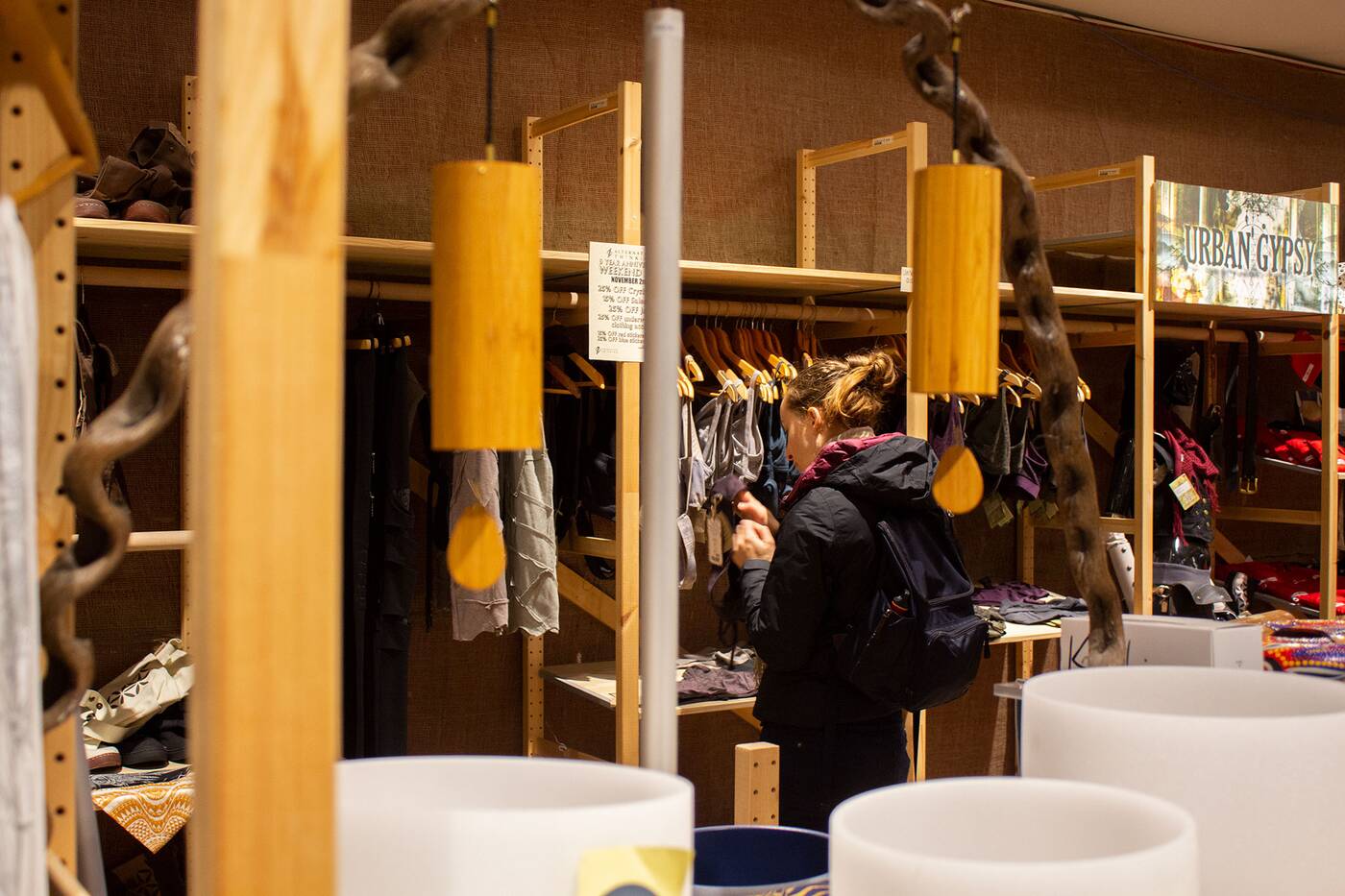 The store will incorporated into the Mirvish Village development.

Mekvabishvili's landlord, David Spiro, bought the property at 758 Bathurst St. in 2005. The middle building in a trio of properties called the T.W. Wilson Buildings, the set of 19th century structures were some of the earliest commercial buildings in the area.

A few years later Spiro later refused to resell his property to the Mirvish Village developers, and after negotiations, the building was allowed to stay put, as was Alternative Thinking. 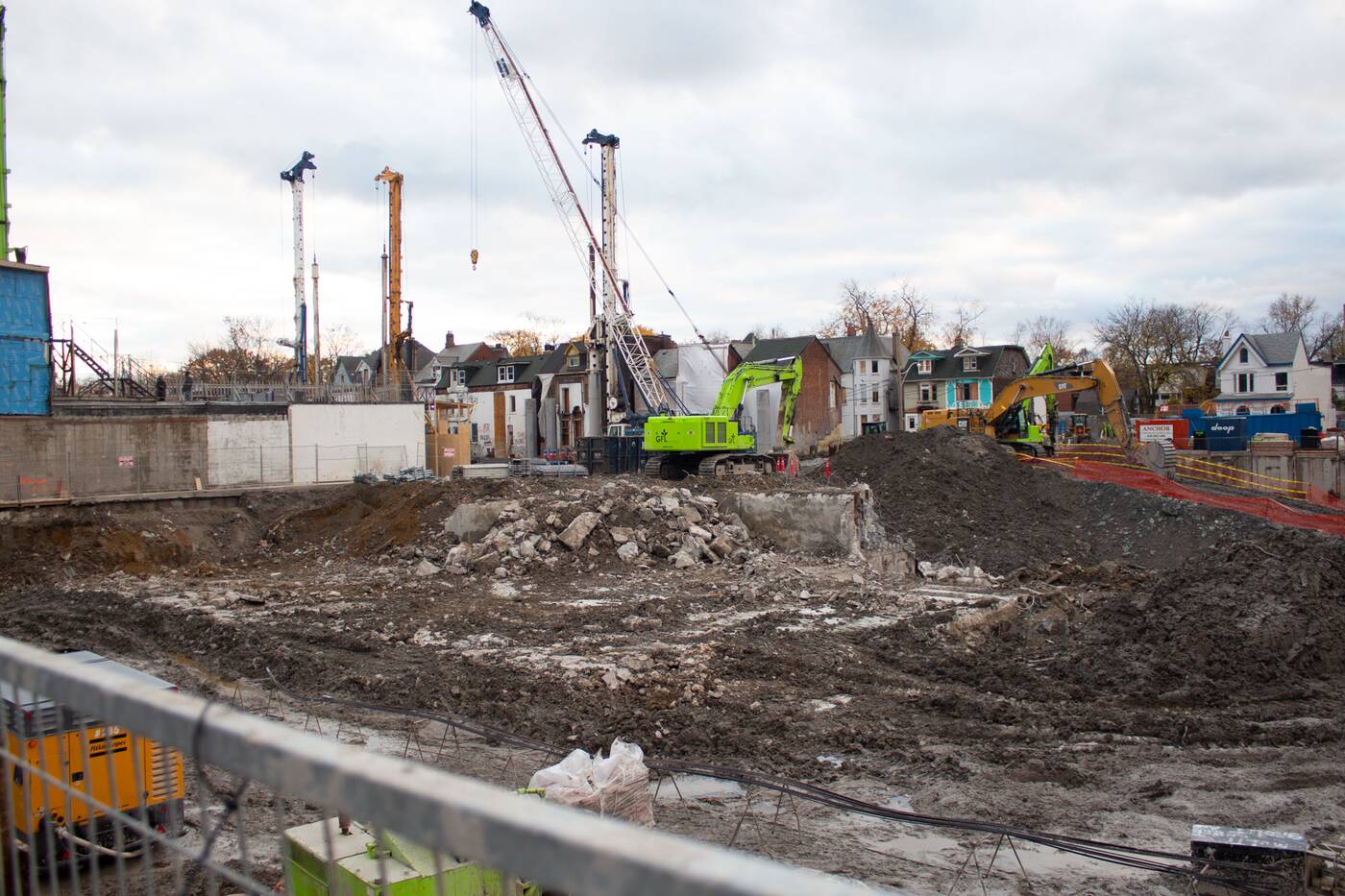 The plot of land where Honest Ed's once was has been razed.

Today, its next door neighbour 756 Bathurst St. is also still around, albeit empty since its last tenant Leg Up Pet Services left two years ago.

On the other hand, the owners of its northern neighbour at 760 Bathurst St. decided to sell and the building has since been demolished, despite being considered for a heritage designation.

Despite the all-too-common story of independent stores being run out by large developments, it's evident that Alternative Thinking is doing well. 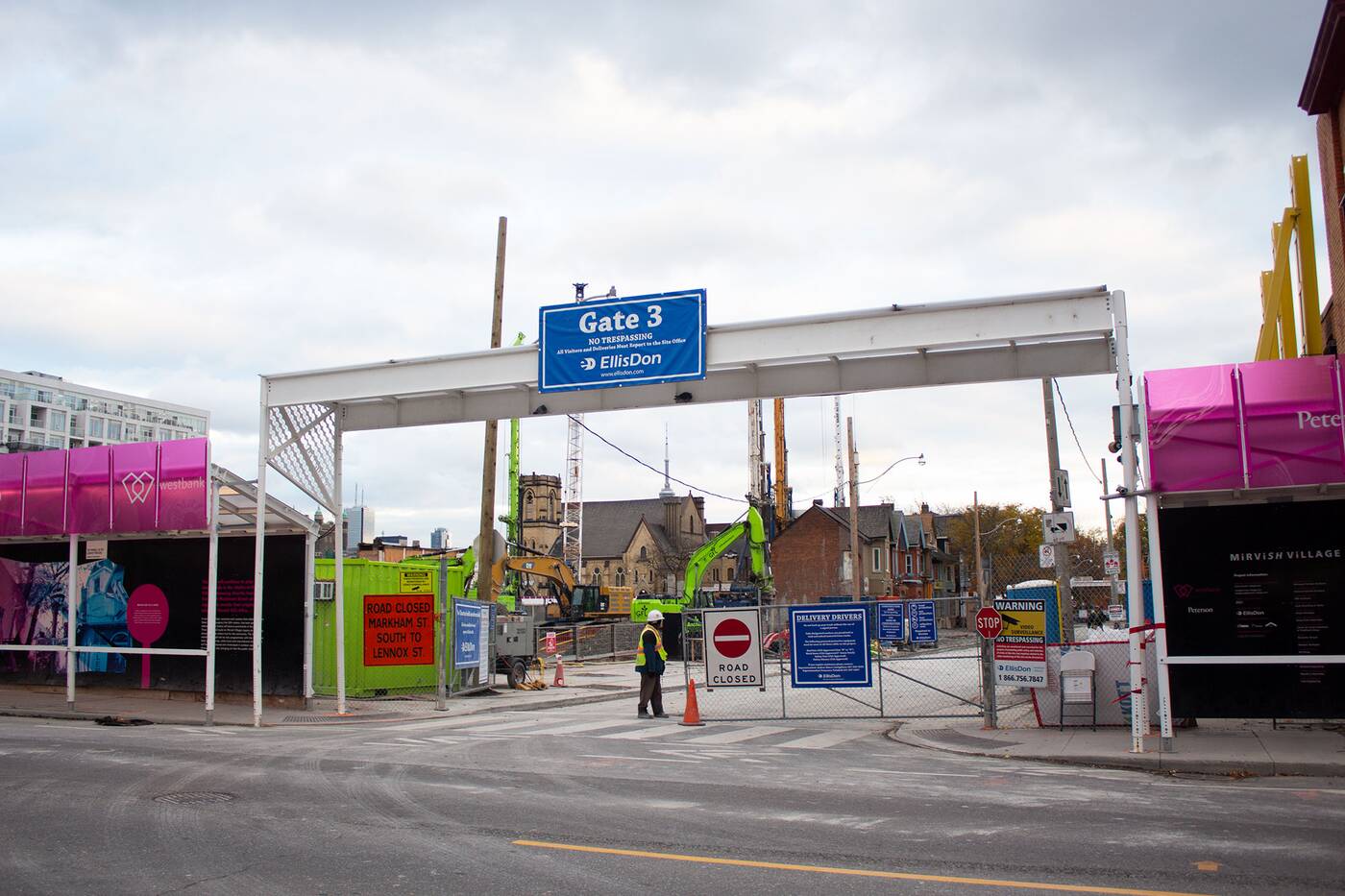 The Mirvish Village construction will take at least five years to be complete.

Mekvabishvili says traffic on the street has picked up, and they've even opened up a new cafe called Alternity by St. George in the process.

It's still unclear, though, as to how the store will be incorporated into the new Mirvish Village project—an endeavour that will be five years in the making.

"It’s hard to tell from some of the drawings how it's going to feel," says Mekvabishvili. "But we’ll just have to let that unfold and adapt." 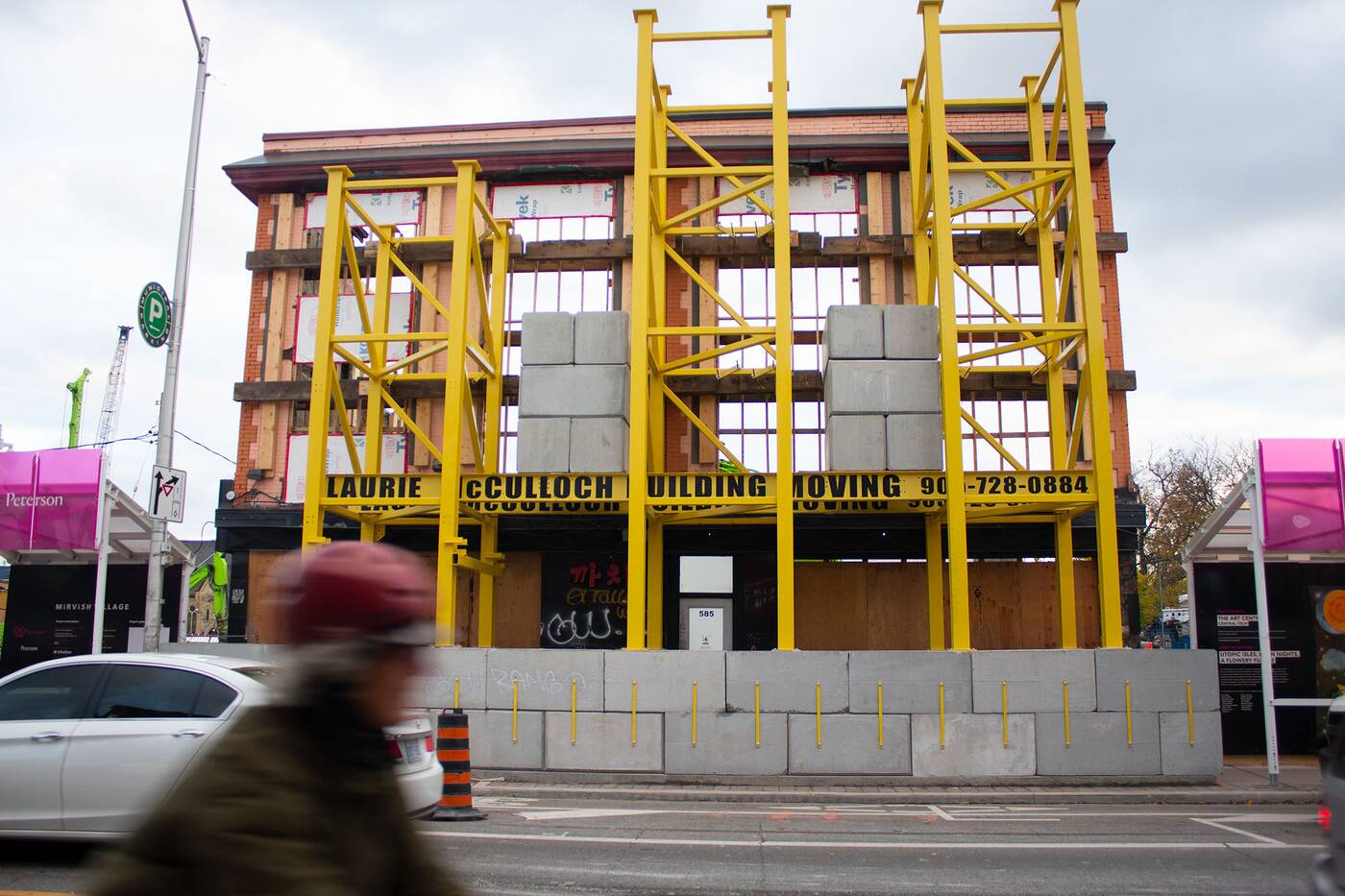