York University exploring all options to save new Markham campus

Officials from York University and Seneca College say they're not yet giving up on plans to build a satellite campus in Markham, despite losing $127 million in funding from the provincial government.

Construction on the Markham Centre Campus was slated to start at the end of this year and be ready for use by September 2021.

The plan, which has been in the works since 2015, was to eventually host 4,200 students across 20 different degree programs in a 10-story building near Enterprise Boulevard and Rivis Road.

Preliminary designs by Diamond Schmitt Architects were approved by York's board of governors earlier this year and, according to the school, the project is "already well underway, with the design and development planning phase completed." 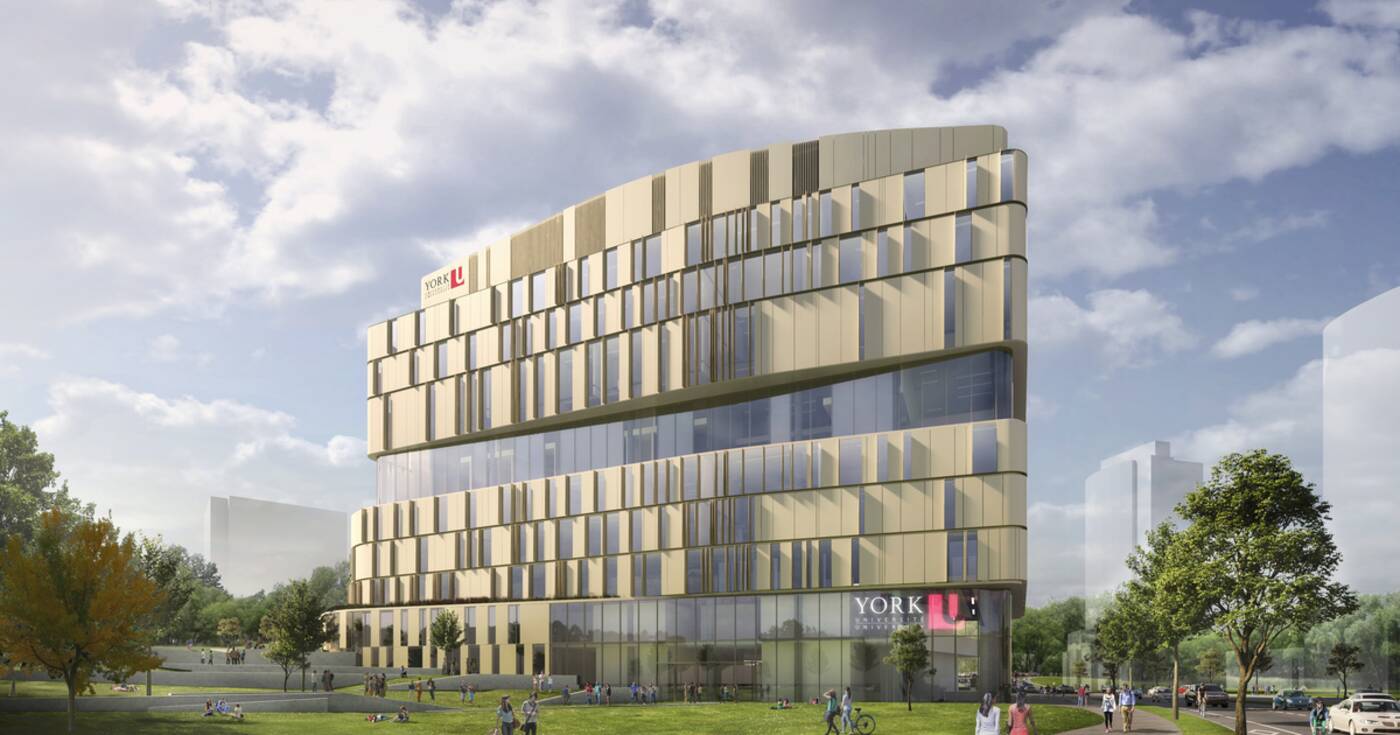 An exterior rendering of York's and Seneca's planned Markham campus, which was scheduled to open by 2021. Image via York University.

Sadly for Markham's booming young population, Ontario's PC government announced on Tuesday that it has cancelled funding for the project (as well as two other planned university/college partnership campuses).

With a $253 million budget, the York University and Seneca Markham Centre Campus project is now $126 million short of what it needs to move forward.

York isn't having it.

The university's president Rhonda Lenton has reportedly called an urgent meeting for Friday in an effort to save the development, or at the very least to figure out what else can be done.

York University and Seneca respond to the cancellation of provincial funding for the #Markham Centre Campus project. Read the statement here: https://t.co/mRPVZCRQxh

"We want to get together and discuss what are the possible options... to explore the art of the possible," said Lenton to The Star on Wednesday, noting that the school is open to finding more donors and delaying the construction process.

She wrote similarly in a news release on Tuesday that her team remains focused on meeting the post-secondary education needs of York Region, one of Ontario's fastest growing urban areas.

"Given our combined view of the importance of this campus for the economic future of the Region and for the students who are seeking access to new higher education options close to home, we are committed to working with all involved to determine if there is a path forward."