It took about two months for workers to completely demolish the two-storey podium linking the building's north and south towers at Bloor and Avenue, leaving parts of the north tower gaping open where it was once attached. 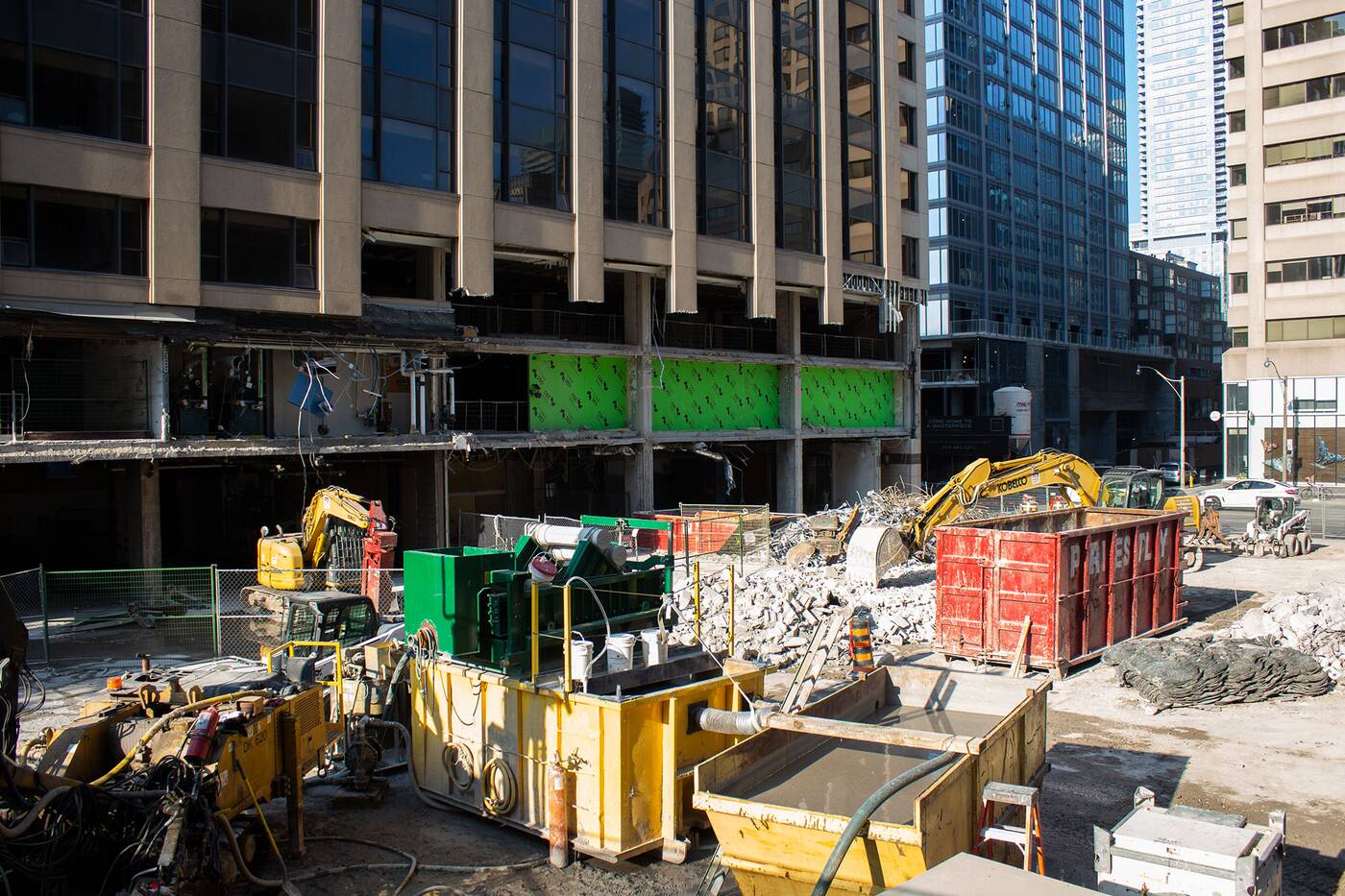 The two-storey podium linking both Hyatt towers has been completely demolished.

The gap between both buildings will eventually be replaced by a larger podium that will face Avenue Road.

The changes comes as part of massive renovations by Oxford Properties on the Art Deco hotel, which began in Dec. 2017, three years after Oxford purchased the property for $90 million USD. 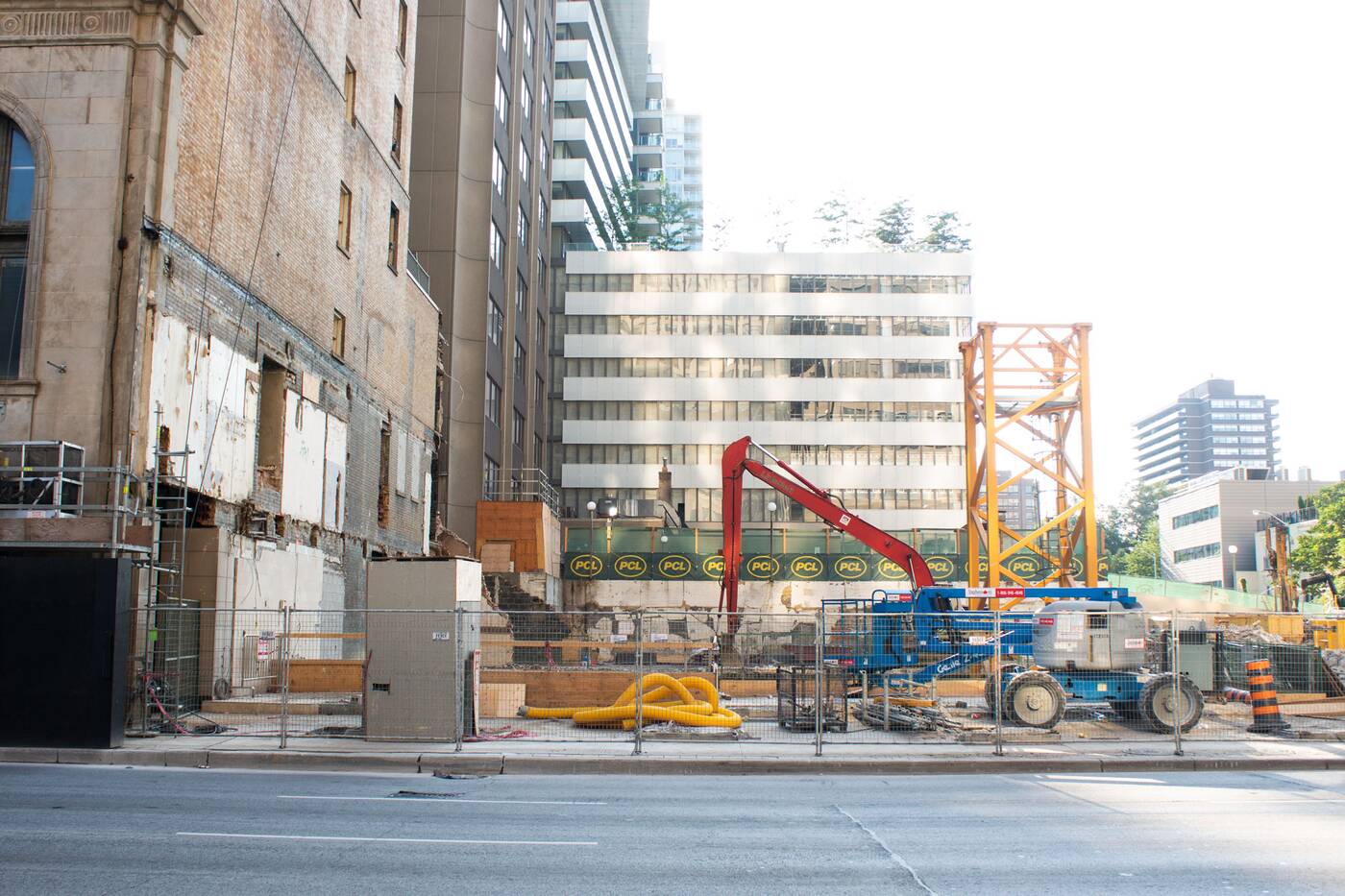 The Hyatt is undergoing major renovations and is expected to reopen in two years.

The Hyatt's south tower will soon be converted into an apartment building with 65 rental units.

Meanwhile the north tower will continue to operate as a hotel, but with—among several additions—220 renovated guest rooms and suites, a new ballroom and a restaurant.

The hotel's glamourous 82-year old rooftop (home to the original startender Joe Gomes) will also be seeing a major facelift after it closed last year for renovations.