Someone just planted tomatoes in a Toronto sinkhole

The people of Toronto are nothing if not creative in getting the city's attention when calls to 311 go unheeded.

Give us a steep park entrance and you'll get DIY stairs. A confusing intersection? We'll redesign it with chalk and leaves. In some parts of the world, people combat potholes with spray painted penises. Here, we prefer vegetation.

An unlikely community garden of sorts has popped up in the base of a dangerous and unsightly sinkhole near Avenue and Dupont in midtown Toronto — a hole that residents say has been there for at least four months despite consistent, repeated cries to the city for help. 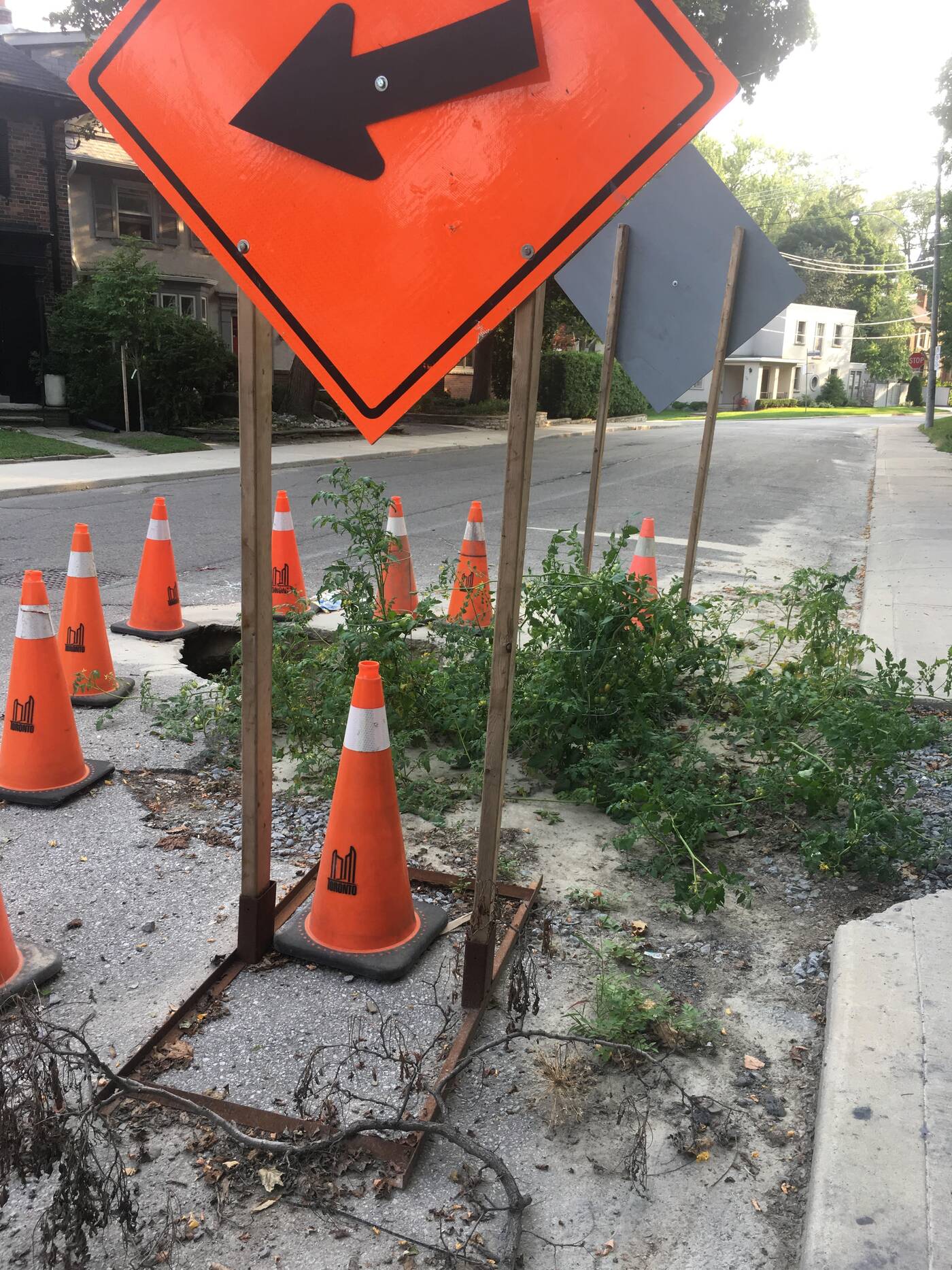 Locals say that the hole, found on the north side of Poplar Plains Crescent at Rathnelly Ave., has been growing exponentially since last Tuesday's monster rain storm.

It's also been growing tomatoes.

"I'm not sure exactly when the tomatoes were planted," says local resident Amanda Myers. "I pass by this sinkhole often and just thought there were weeds growing in the hole."

Myers says she only noticed the fruit on these plants recently, after someone added tomato cages to support their growth.

They're green, at present, but there are a lot of them, and they actually look pretty healthy — you know, for sinkhole tomatoes. 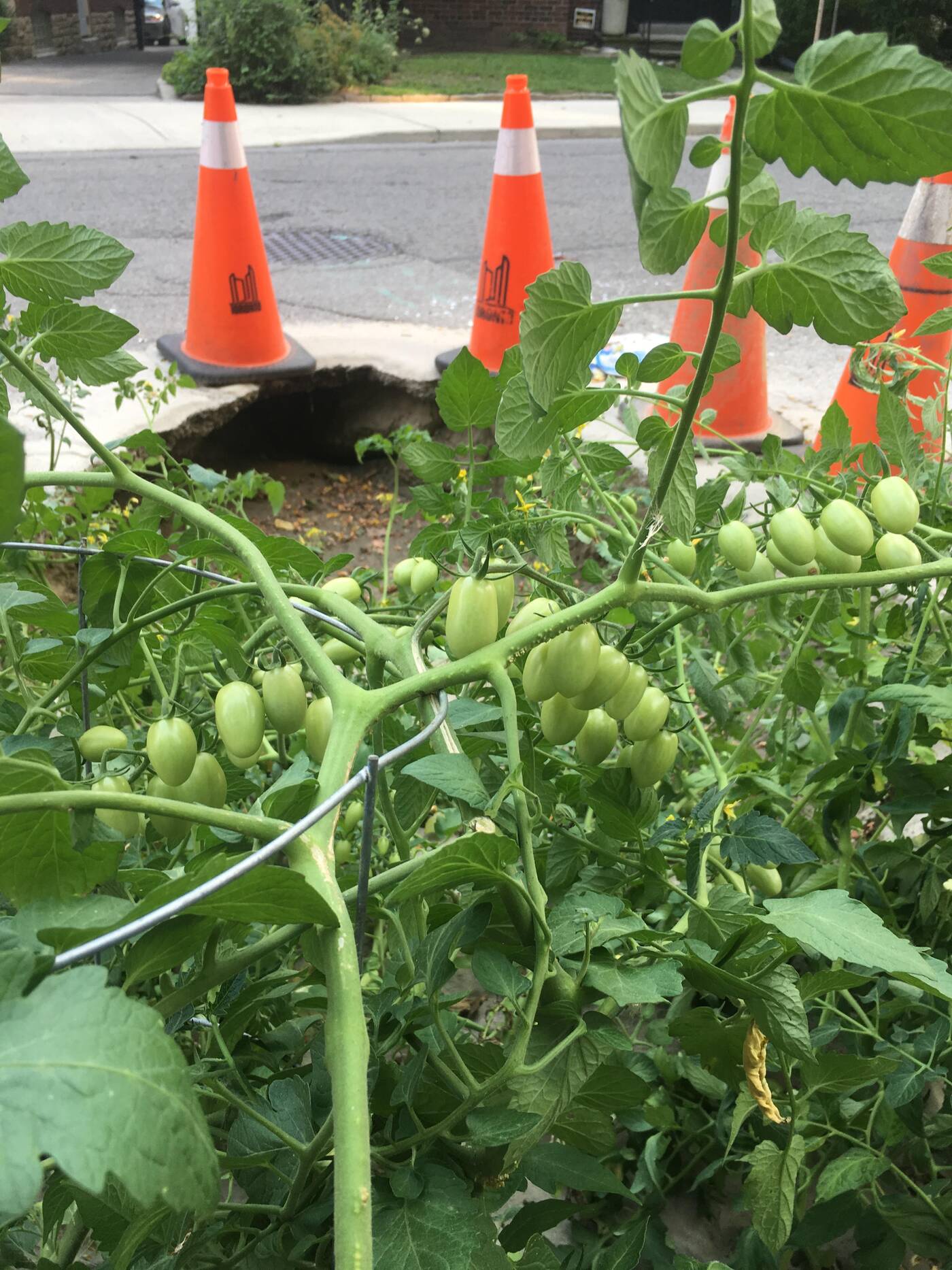 Nobody seems to know who's behind this random act of community beautification, but people all over the city are loving it.

Photos of the sinkhole tomatoes were posted on Reddit yesterday, prompting hundreds of upvotes, comments, jokes and questions about whether or not these tomatoes will be okay to eat.

"Given years of leaded gasoline use, and Toronto's industrial past, you should actually be careful about eating anything that comes out of the ground in the city," wrote one commenter. "If you're going to do serious urban gardening that produces food either import clean soil, or get your soil tested."

"Now I know where to get fresh local tomatoes for free," commented someone else. "Thanks for posting up!" 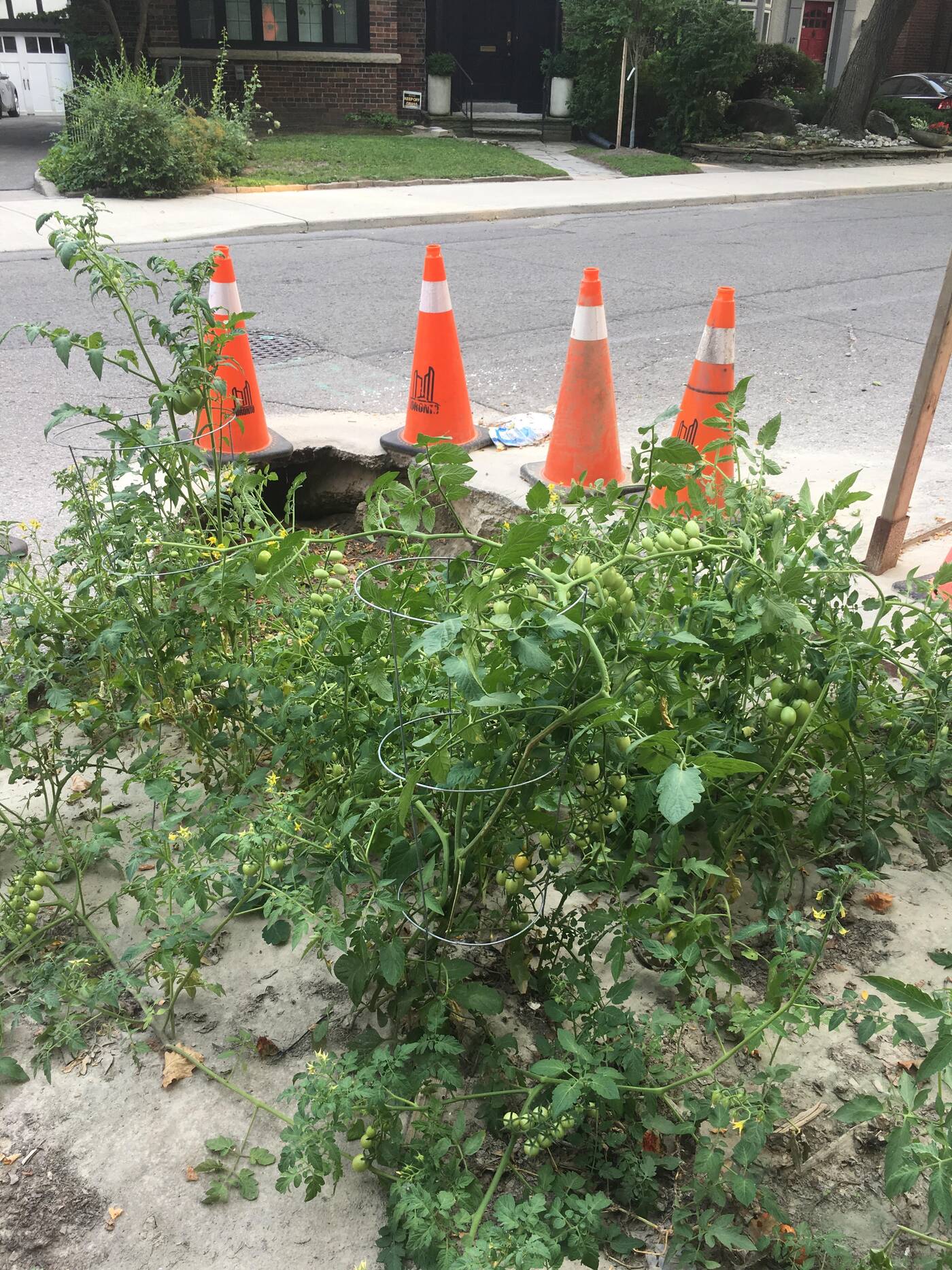 Some online are making jokes about how very Toronto this little project is.

Whatever the case, the spontaneous tomato plot seems to be working.

"I'm not sure if the city has been notified," says Myers, "but I assume they have been since there are Toronto pylons surrounding the sinkhole. "