Flemingdon Park is an area that might be best known for being the locale of our beloved Ontario Science Centre: maker of childhood memories and host of school buses galore since 1969.

Other than the domed roof of the Science Centre's IMAX theatre, however, there are few other places in Flemingdon Park that, externally, seem to be on many Torontonian's radars. 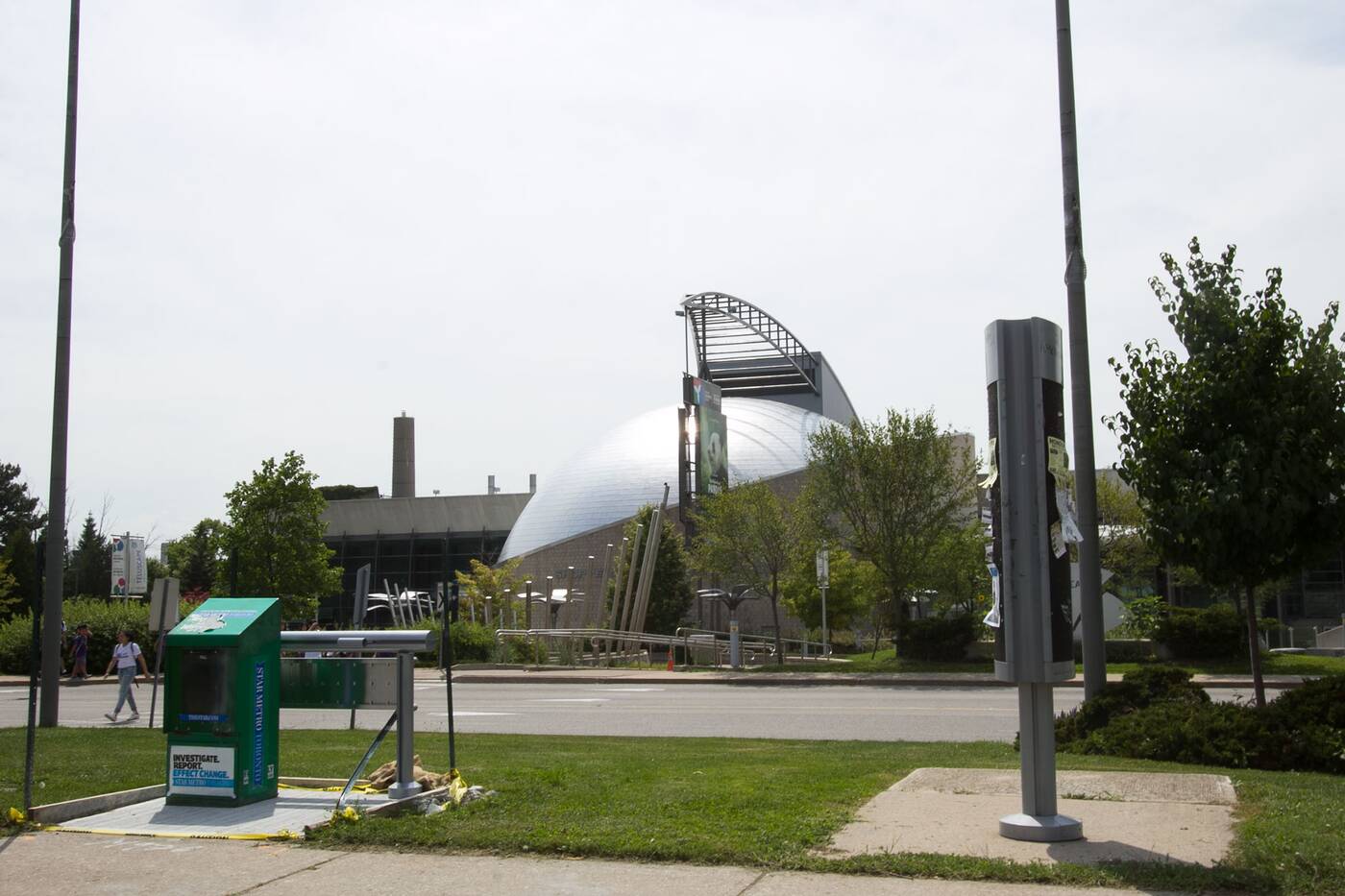 The Ontario Science Centre is Flemingdon Park's most frequented destination.

In fact, the neighbourhood has historically been viewed as a place to avoid, largely in part to the fact that Flemingdon Park is a predominantly residential area, but also partly due to the neighbourhood's slow-tapering reputation for gun violence and gang activity. 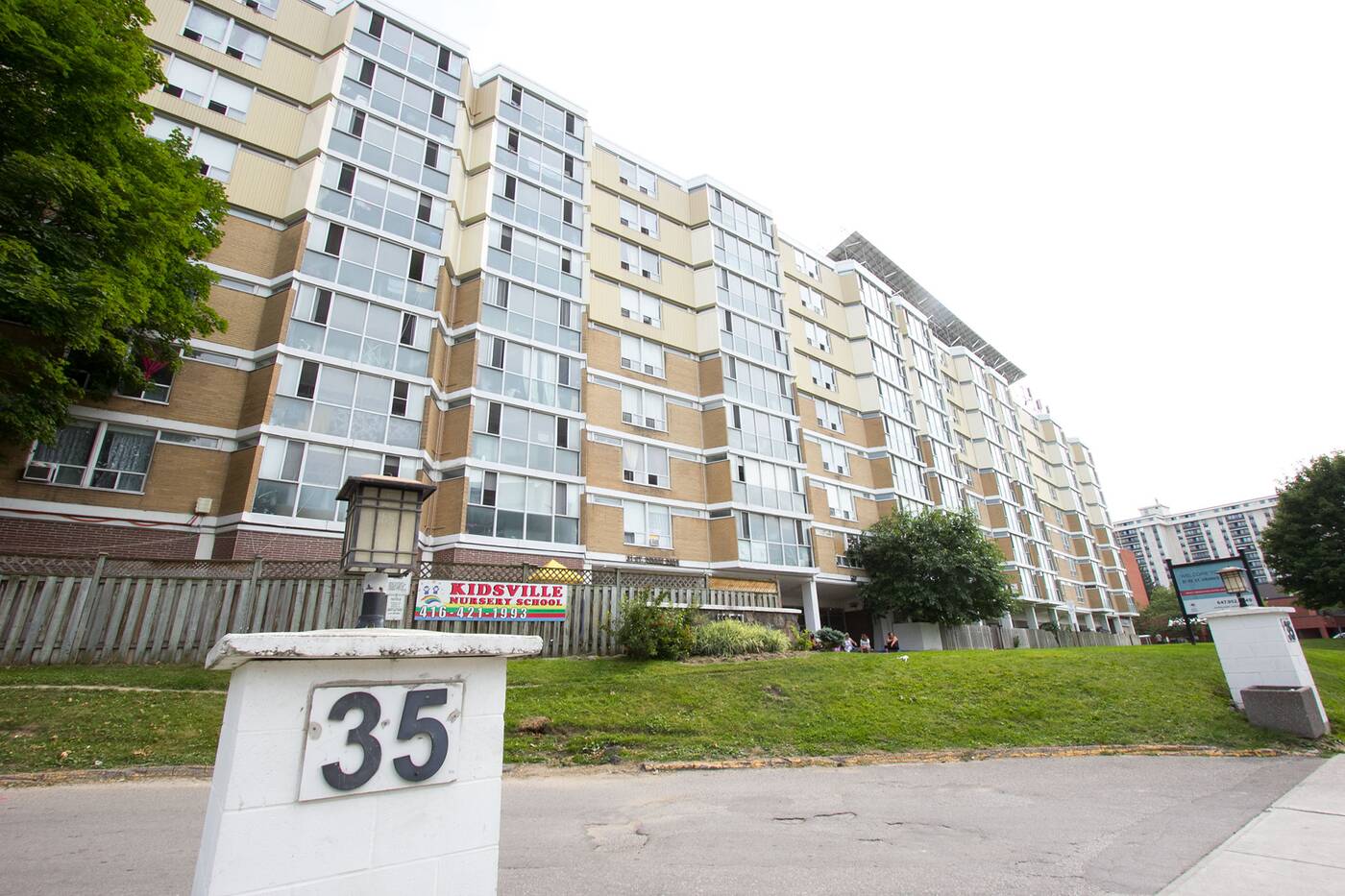 Residents are already facing rent hikes in response to the upcoming completion of the Eglinton LRT.

Today, Flemingdon Park is mostly an epicenter for construction, and as with all communities located anywhere near the upcoming Eglinton LRT, big change is afoot. 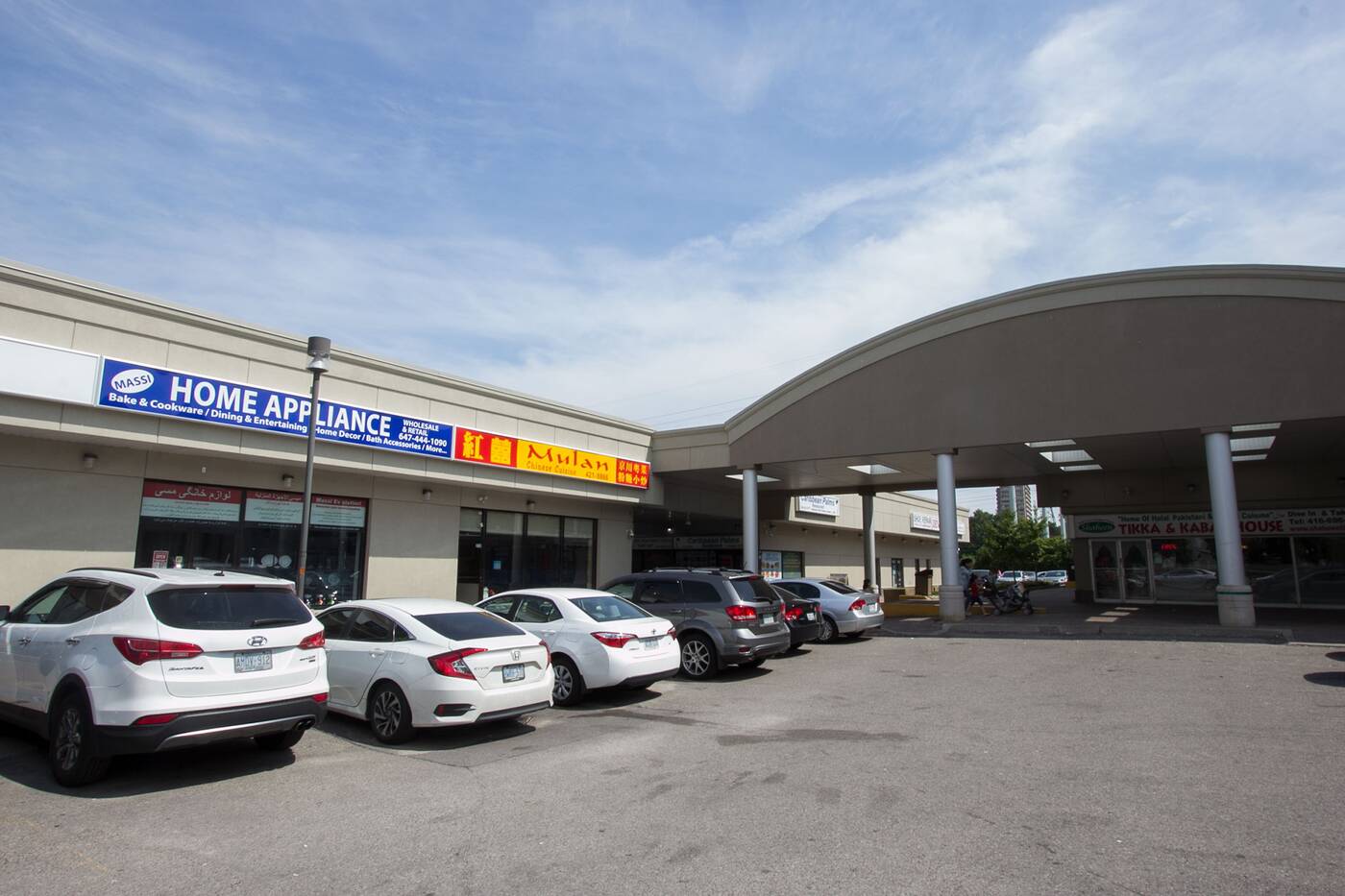 The Flemingdon Park Shopping Centre is a main hub for residents.

Drive along this stretch of Don Mills and you'll find an area rife with giant developments like the 60-acre Wynford Green and ensuing battles against rising rents. Until all that comes into play, though, residents of the highly diverse community remain the face of Flemingdon Park. 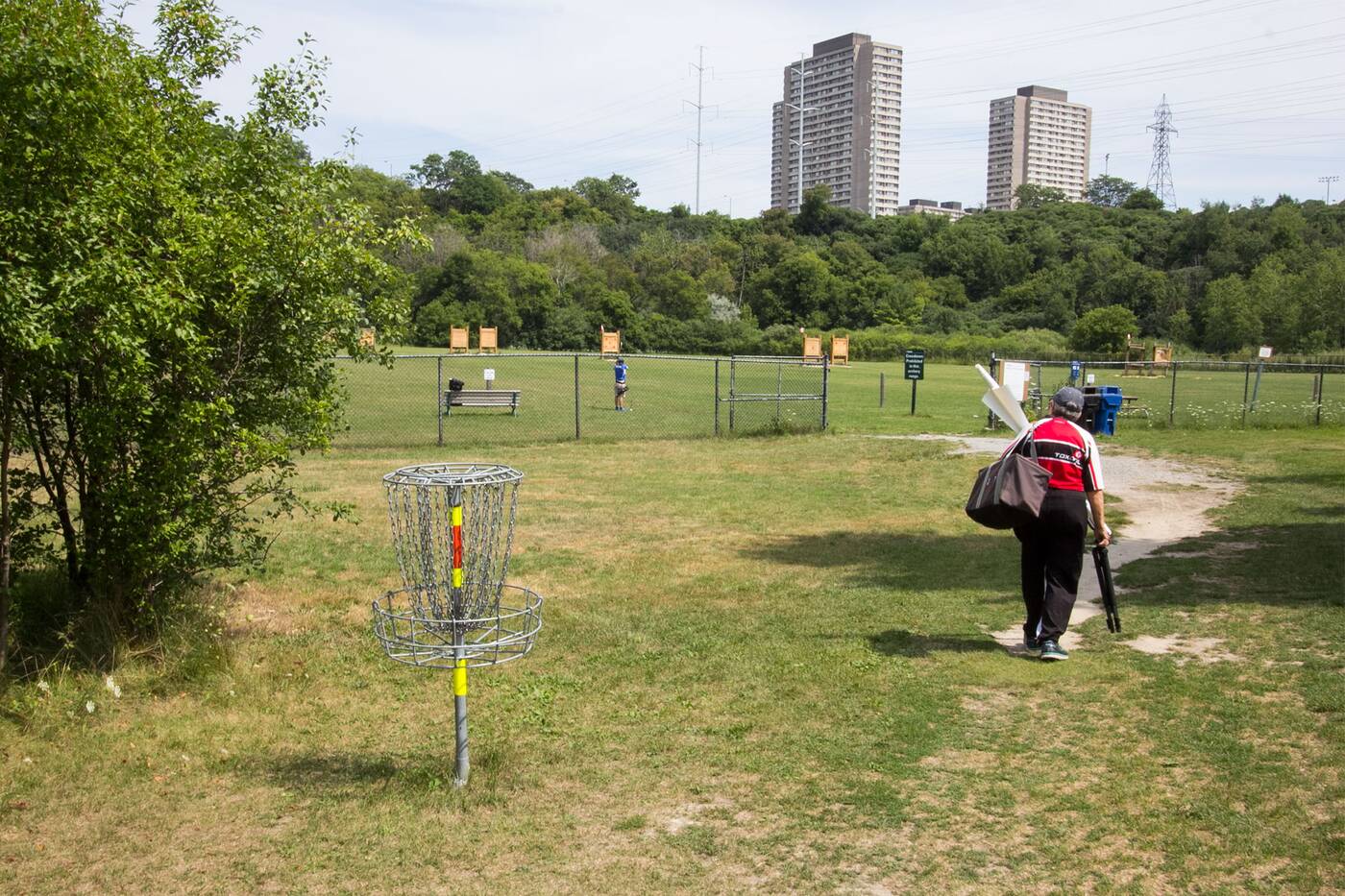 Behind the Science Centre, E.T. Seton Park connects to other parks running along the Don River.

Bordered by the DVP to the east and a branch of the Don River to the west, with Eglinton to north and ending just south of Gateway Boulevard, Flemingdon Park is surprisingly lush. The area behind the Ontario Centre, E.T. Seton Park, is actually a nature hotspot.

Part of a chain of parks along the Don River, biking trails here lead south from Sunnybrook Park, and on any given summer day you'll find people making use of the frisbee golf nets scattered around the area. 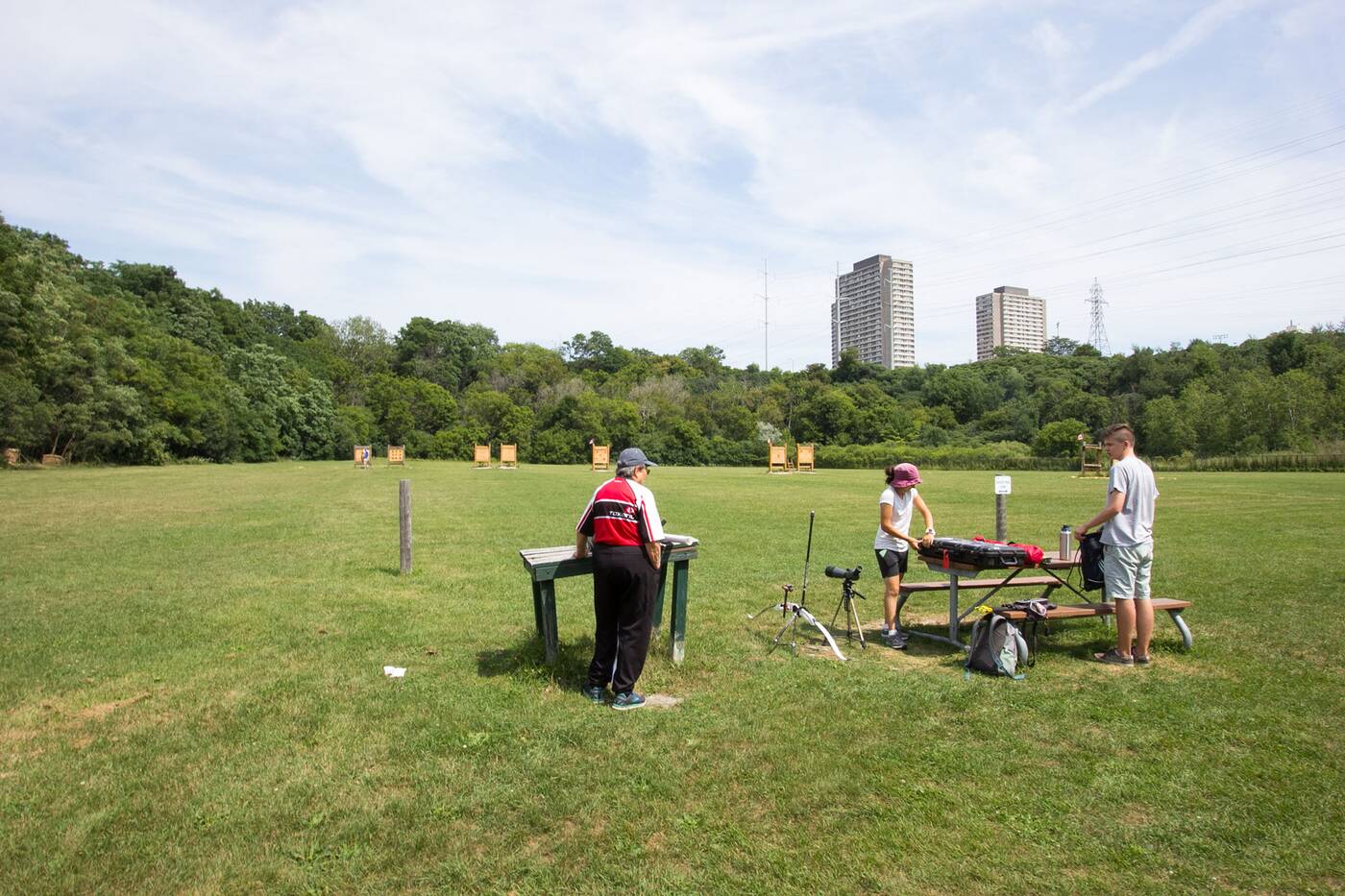 The Seton Park Archery Range is free to visit and open all year.

The best-kept secret however is Seton Park Archery Range, a free-to-use, unsupervised, BYOGear range that's open all year round. Accessed through a series of hidden trails, it's a bit confusing to find, with no convenient parking close by, but archery enthusiasts likely don't mind.

Tempting as it may be, it's forbidden to park in the close-by Ontario Science Centre employee parking lot located behind the centre.

If arriving by car, your best bet is using the Overlea Parking Lot a 10-minute walk away (I highly recommend following the instructions on the range's web site). 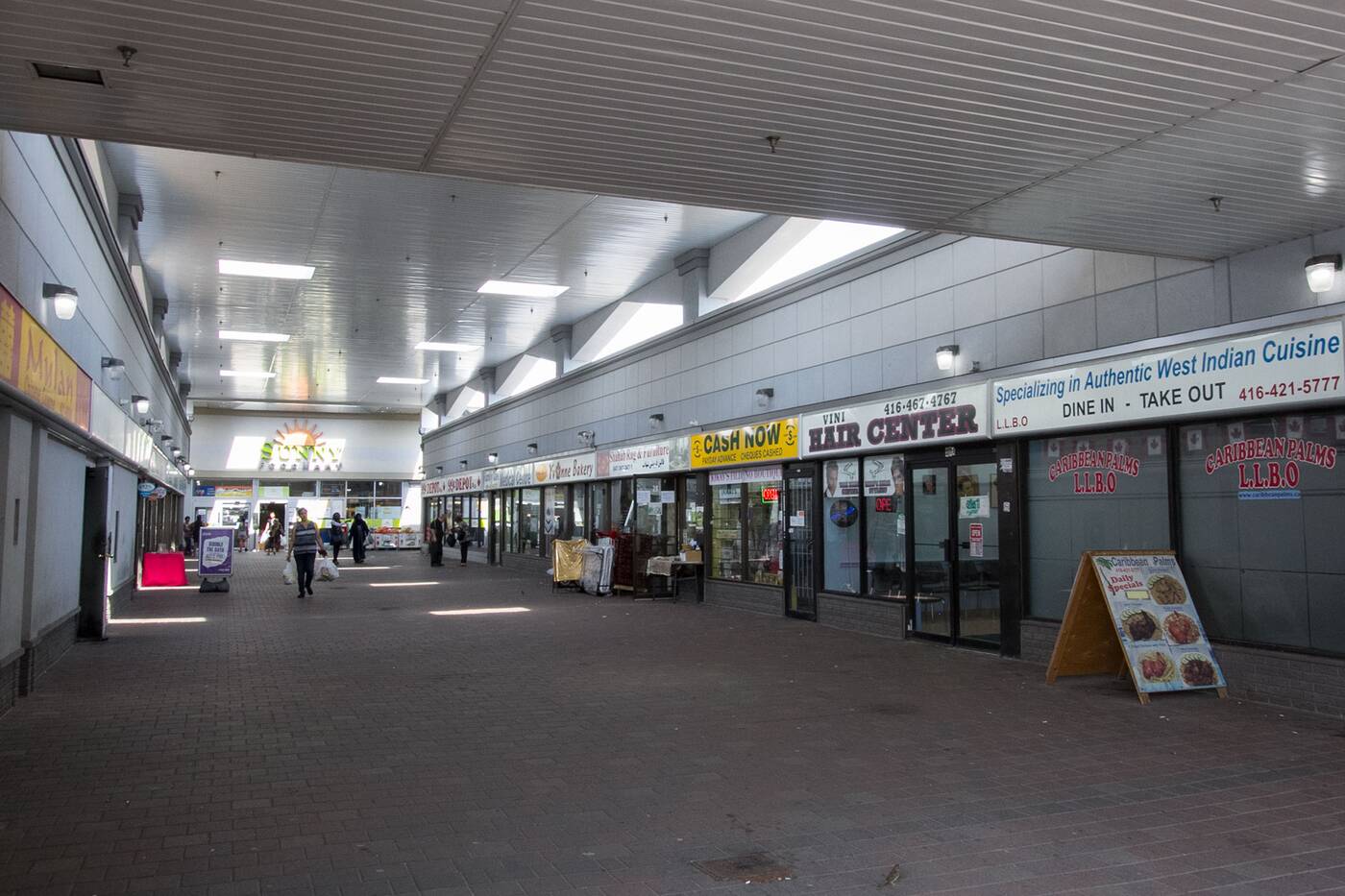 A series of pathways make up the covered outdoor plaza of the Flemingdon Park shopping centre.

After a quick nature jaunt (or a private archery lesson, maybe) you can take an eight-minute walk back to civilization, east across Don Mills to Flemingdon Park Shopping Centre. 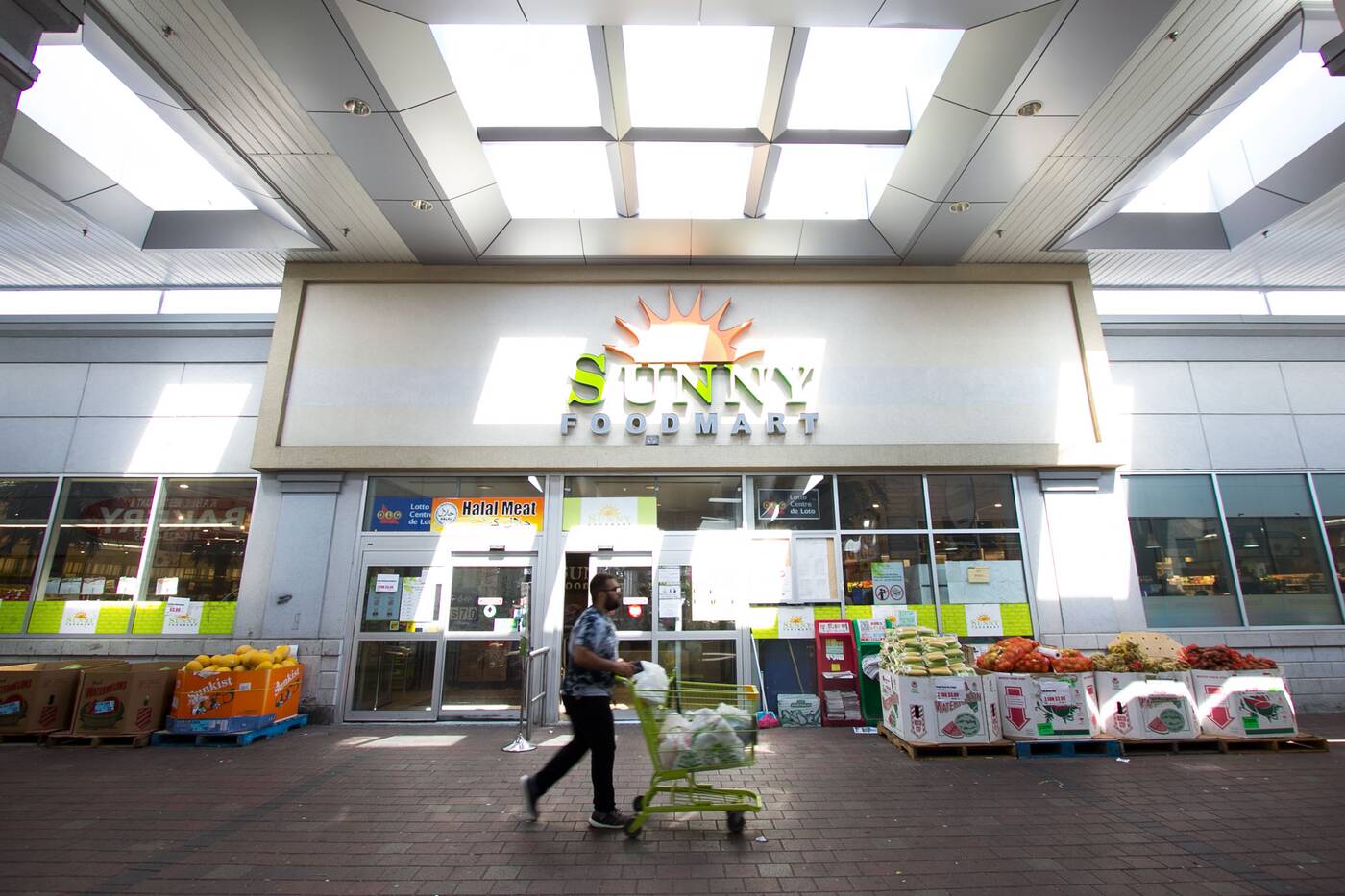 The busiest spot here is undoubtedly Sunny Foodmart, the local grocery chain with ethnically-diverse products. You won't find many other grocery stores with signs in Arabic directing you to aisles of Filipino snacks and Indian spices. 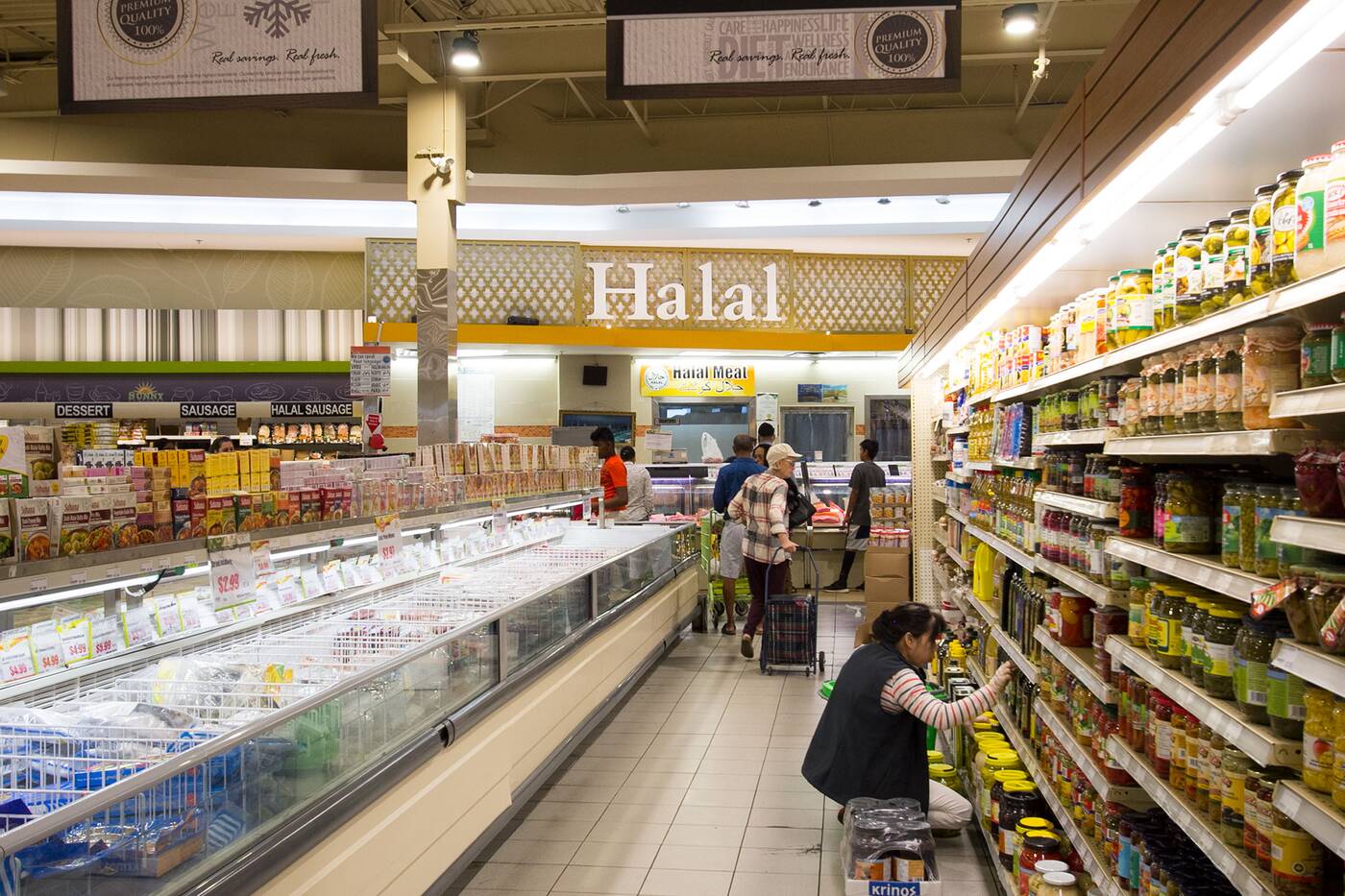 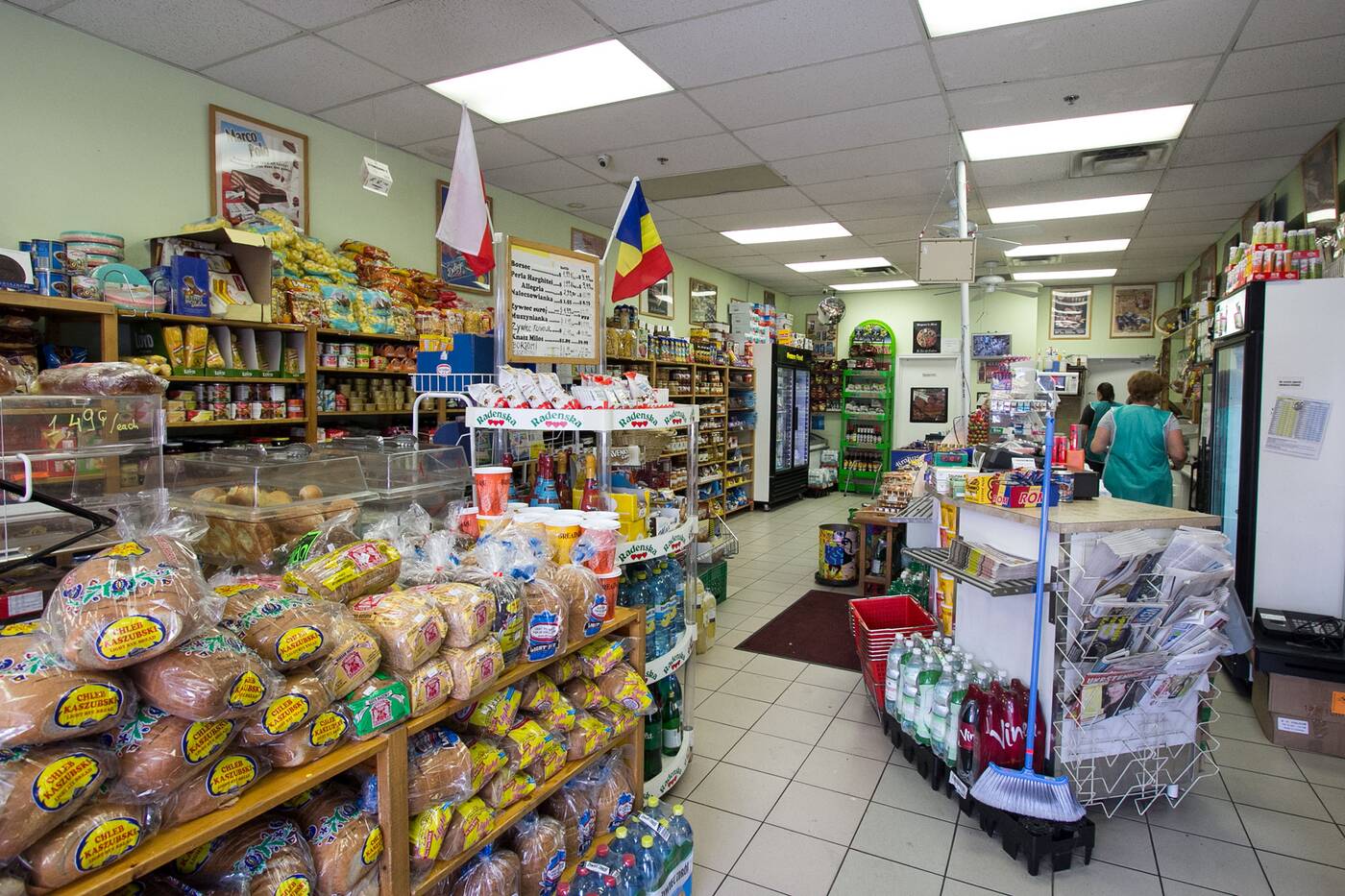 Serving the large community of Eastern Europeans in the same plaza is also Pioneer Deli, a grocery store that's been around for years, albeit under different owners. 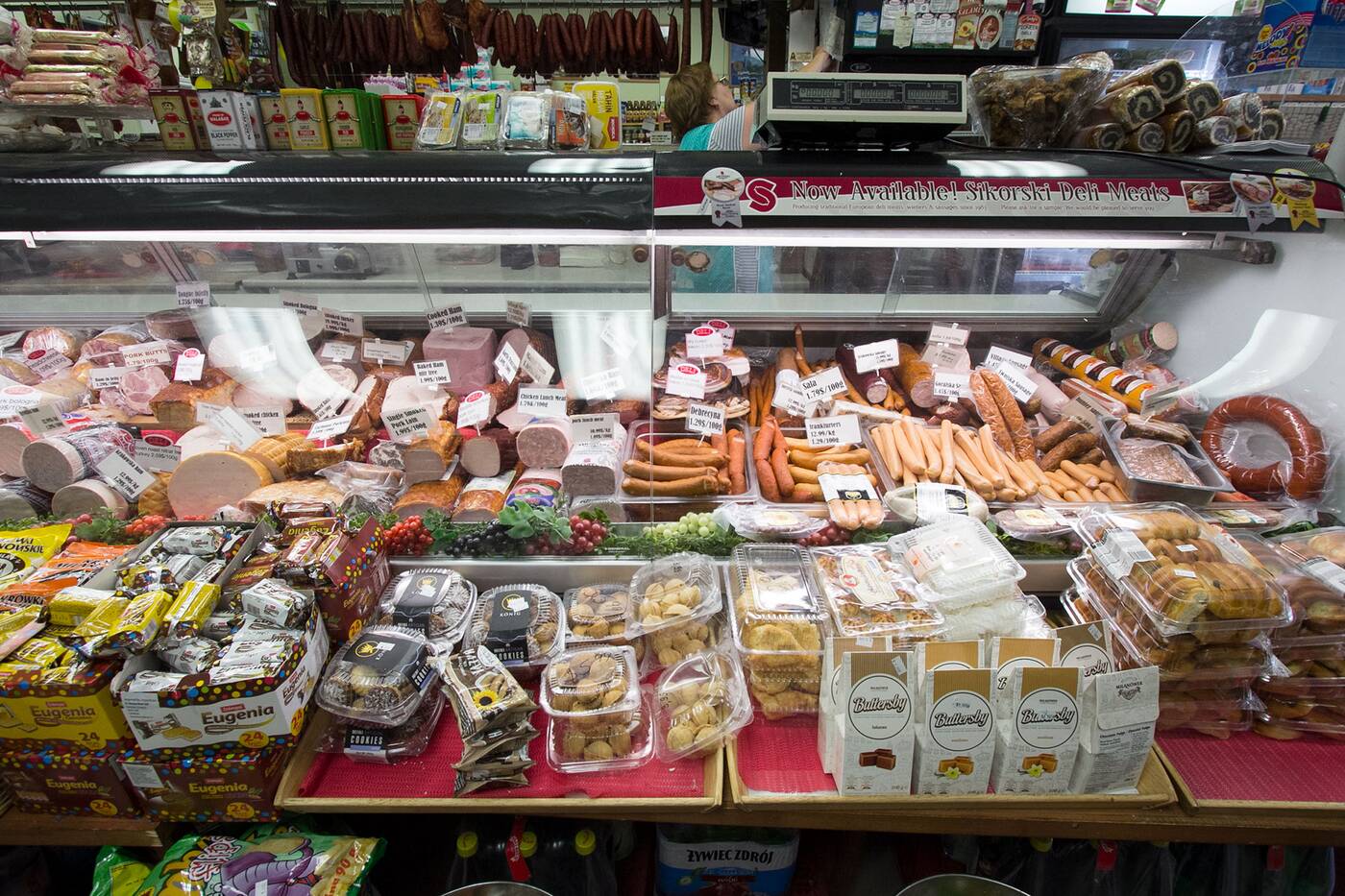 The meat counter at Pioneer offers a wide array of sausages and cold cuts.

A bright, cheery space, Pioneer is chock full of breads, products, candies and meats cut for Russian, Polish, Ukrainian, and Romanian (among other nationalities) cuisine. 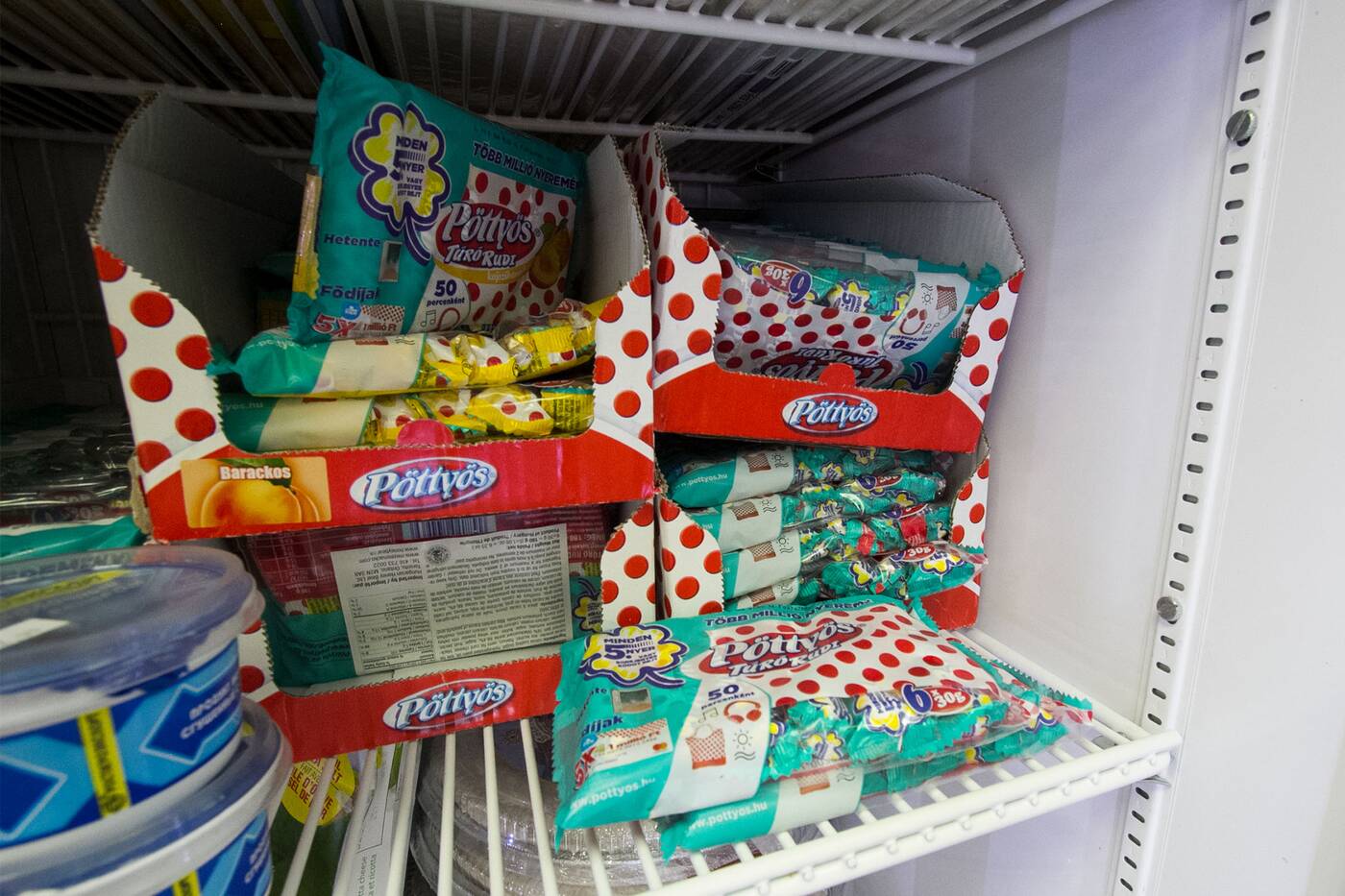 There's tons of fun snacks to peruse here, and for those not too familiar with Eastern European food it's easy to get caught up with the huge number of international treats available, like Túró Rudi  — popular Hungarian chocolate-coated curd snacks — in the fridge.

The sheltered outdoor pathways of Flemingdon Park Shopping Centre are also peppered with a number of restaurants for quick food fixes. 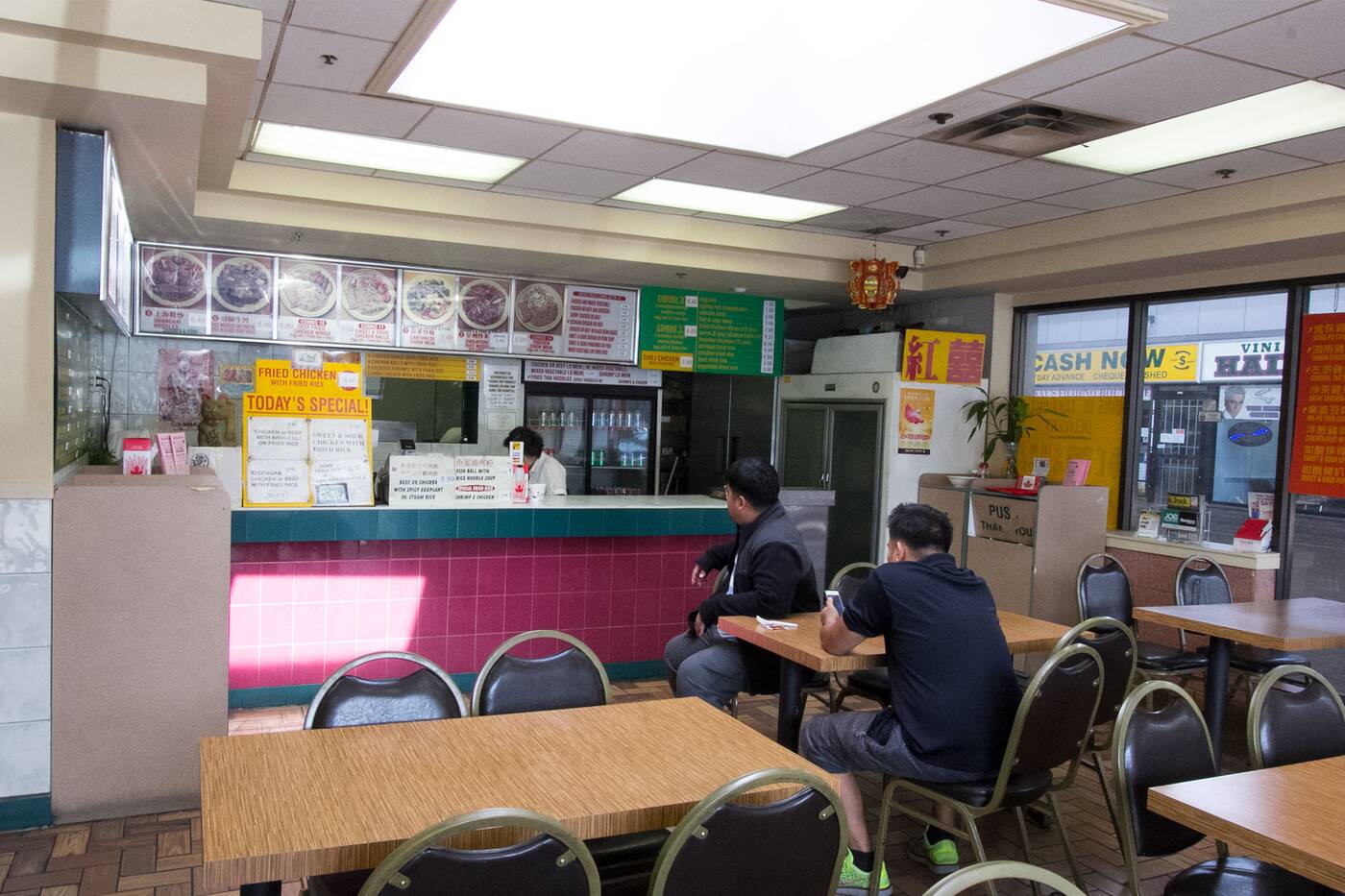 Mulan Chinese Cuisine is a spot for quick Cantonese takeout.

The longtime oldschool restaurant Mulan Chinese Cuisine is still an essential spot for speedy and affordable takeout with Cantonese favourites like fried chicken wings or sweet and sour chicken. 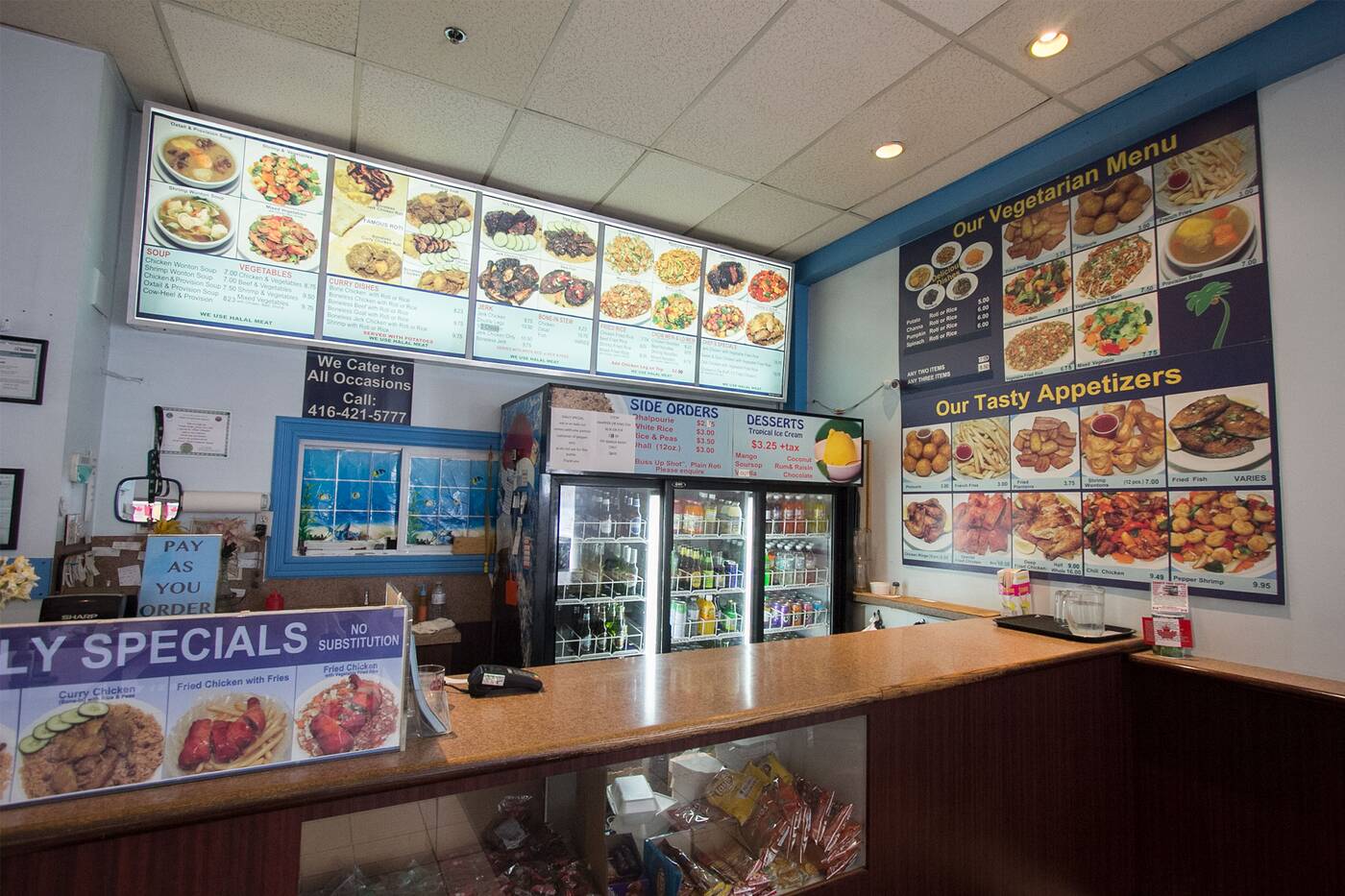 Caribbean Palms has daily specials on dishes like curry chicken and fried chicken with fries.

Shaheen Tikka and Kabab House is a clean spot with halal Lahori-style breakfasts, while the 15-year old Guyanese-run Caribbean Palms offers jerk chicken specials and $5 fried chicken specials with fried rice, along with beers to satiate the regulars. 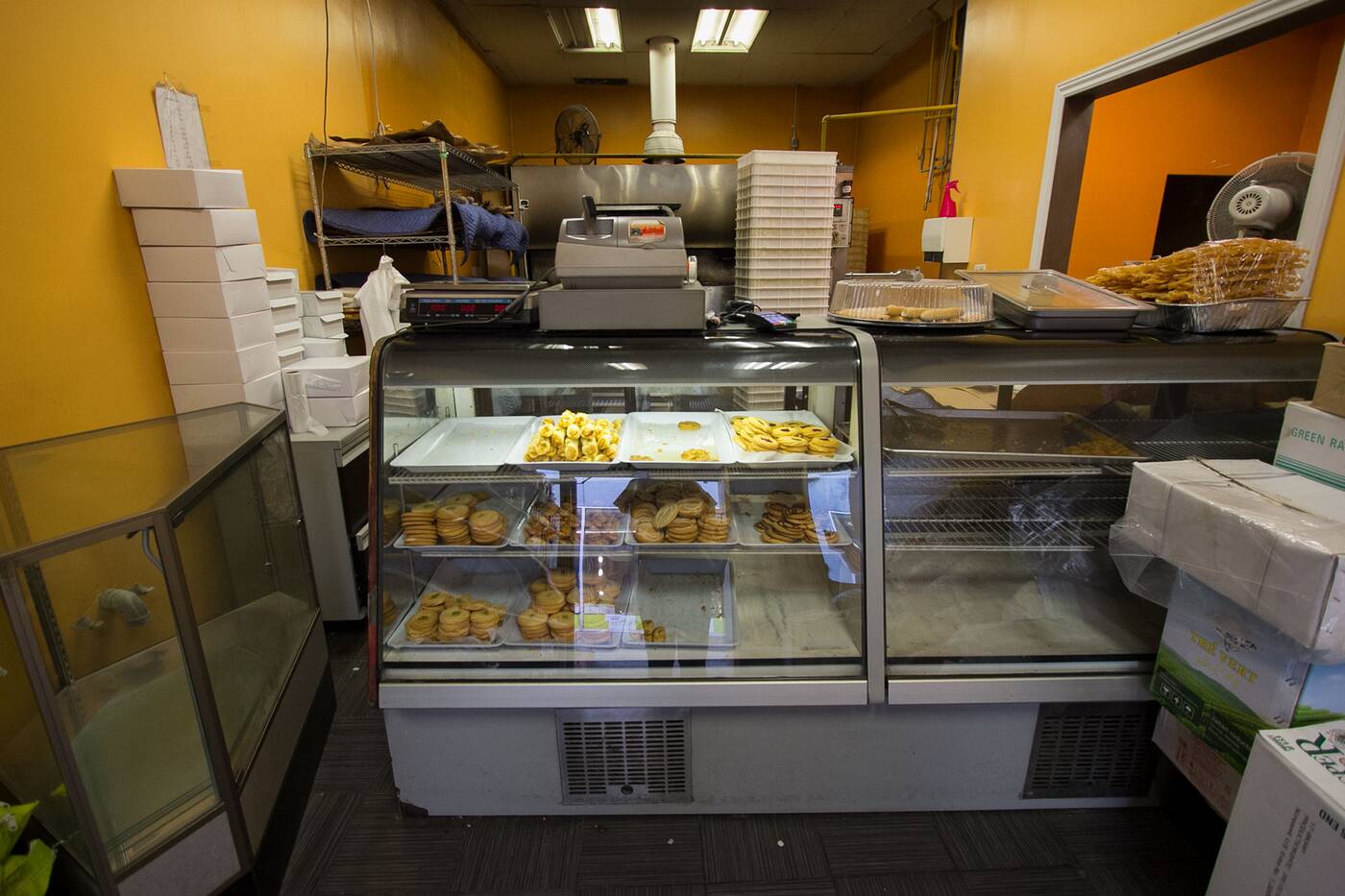 Kabul Restaurant and Bakery has two storefronts, with a bakery in the back selling cookies and jams.

The two-storefront affair Kabul Restaurant and Bakery might look like separate entities but signage indicates they're one in the same.

The bakery section right across from Sunny is a tiny space, with a small counter selling cookies for $8.99 a pound and shelves selling Mazafati dates, tea, rice, and sour cherry jams. 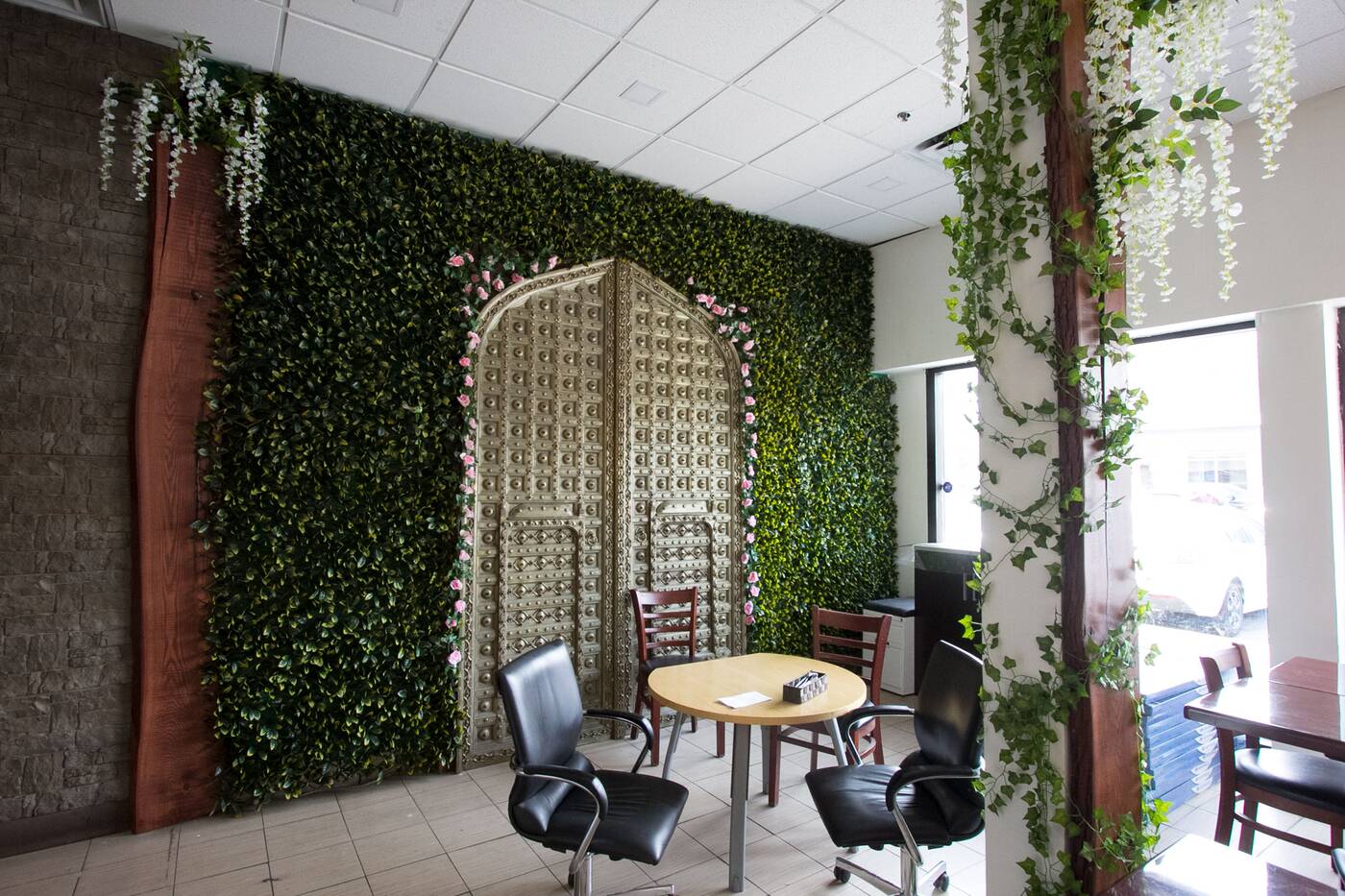 Kabul's restaurant storefront has kebabs and shawarmas with a charming interior

Its restaurant is far better looking, with an entrance accessible at the front of the plaza. Decked out with a wall of fake greenery and hanging vines, it's a surprisingly charming space with a counter selling Afghani kebabs and shawarma. 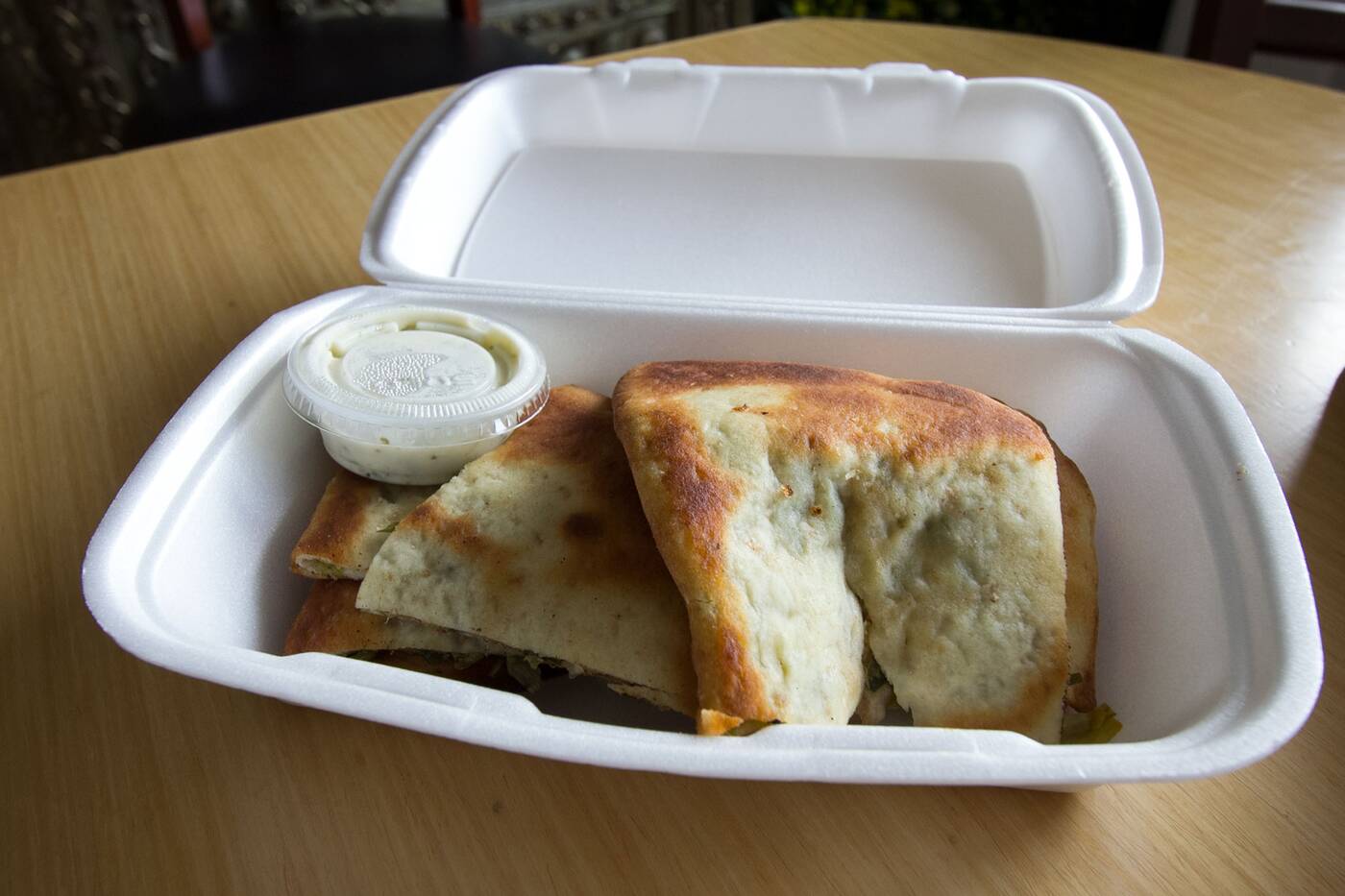 Bolani is traditional Afghani flatbread stuffed with a variety of fillings.

They also specialize in bolani, which is traditional flatbread stuffed with ingredients like leeks, potatos, or spinach and served with a side of yogurt sauce for a quick bite.

Ultimately, Flemingdon Park is a family area — a neighbourhood where new Canadians come to foster roots in the city. Though it may have a reputation that precedes it, the parks and small shops which make up this area leave a greater impression, in the face of inevitable change. 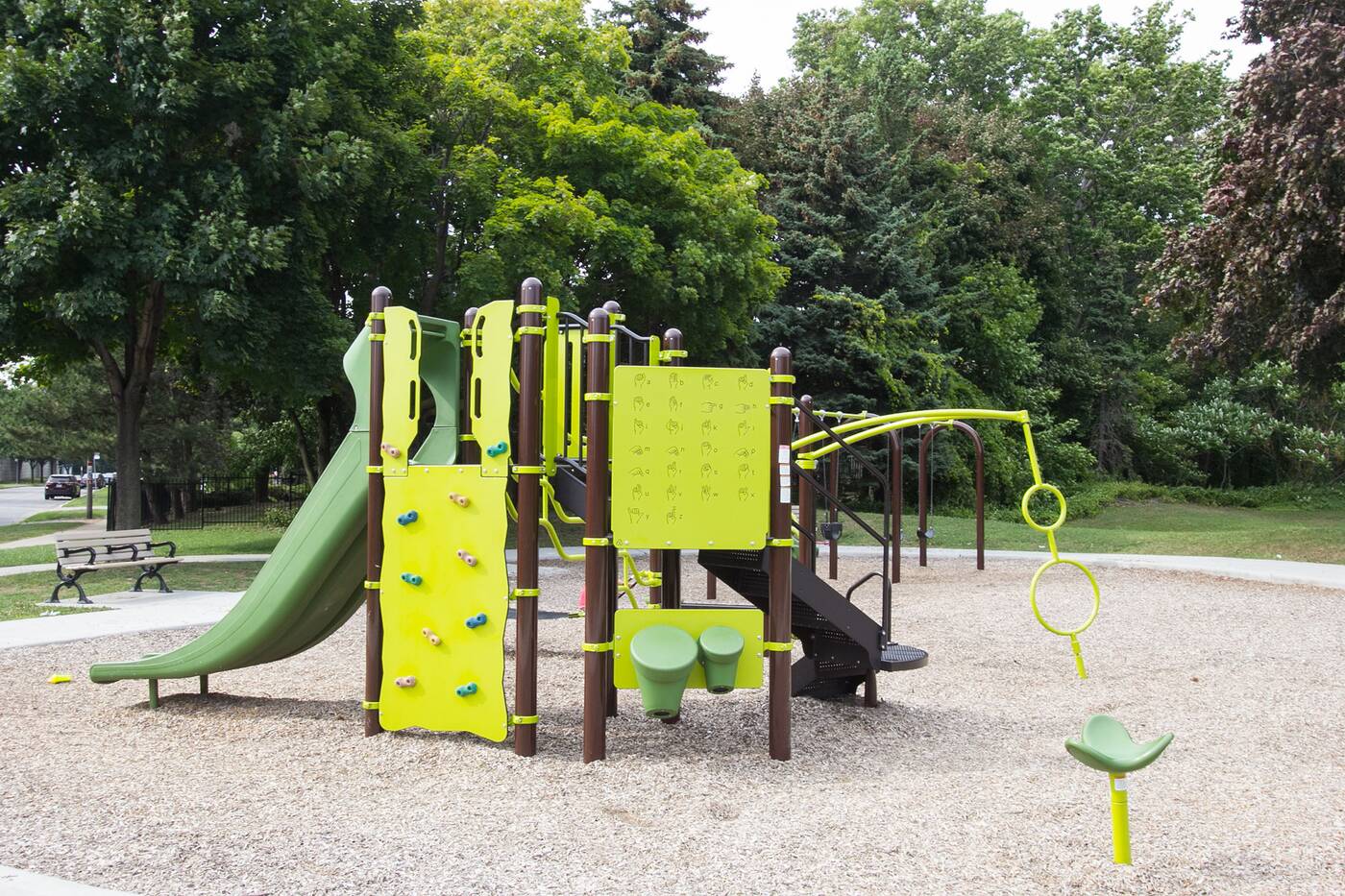