Giant development coming next to the Ontario Science Centre

New renderings have emerged of a massive planned community near Eglinton and Don Mills Road, giving us further insight this week into how the Crosstown LRT could eventually transform the City of Toronto.

Called "Wynford Green," the 60-acre development is slated for the site where IBM Canada originally built its headquarters in 1951.

A consortium has been working for years on a redevelopment plan for the sprawling industrial complex, now known as The Celestica electronics property, and if all goes as planned it will be up and running within four years – just in time for the arrival of the Eglinton-Crosstown LRT. 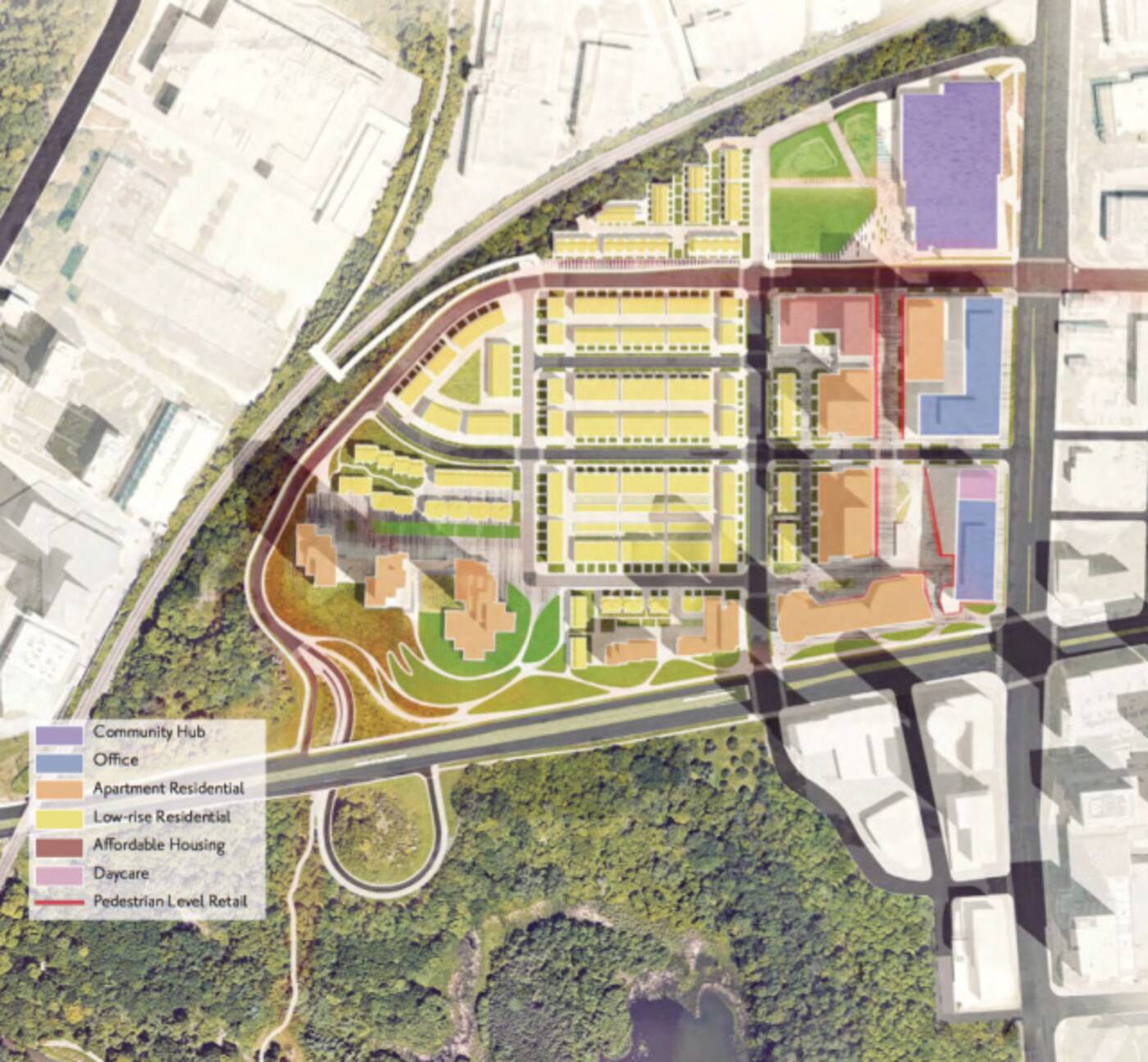 This diagram shows the proposed neighbourhood's composition in terms of building or public space type. Image via Diamond Corp.

Wynford Green is described as a "transit-oriented" development that would be comprised of residential, commercial and office buildings. It would also include low-rise townhouses, a series of pedestrian linkages, bike paths, new streets and tons of parks.

When completed, the area is projected to house roughly 10,000 new residents and workers and about six acres of new public space. 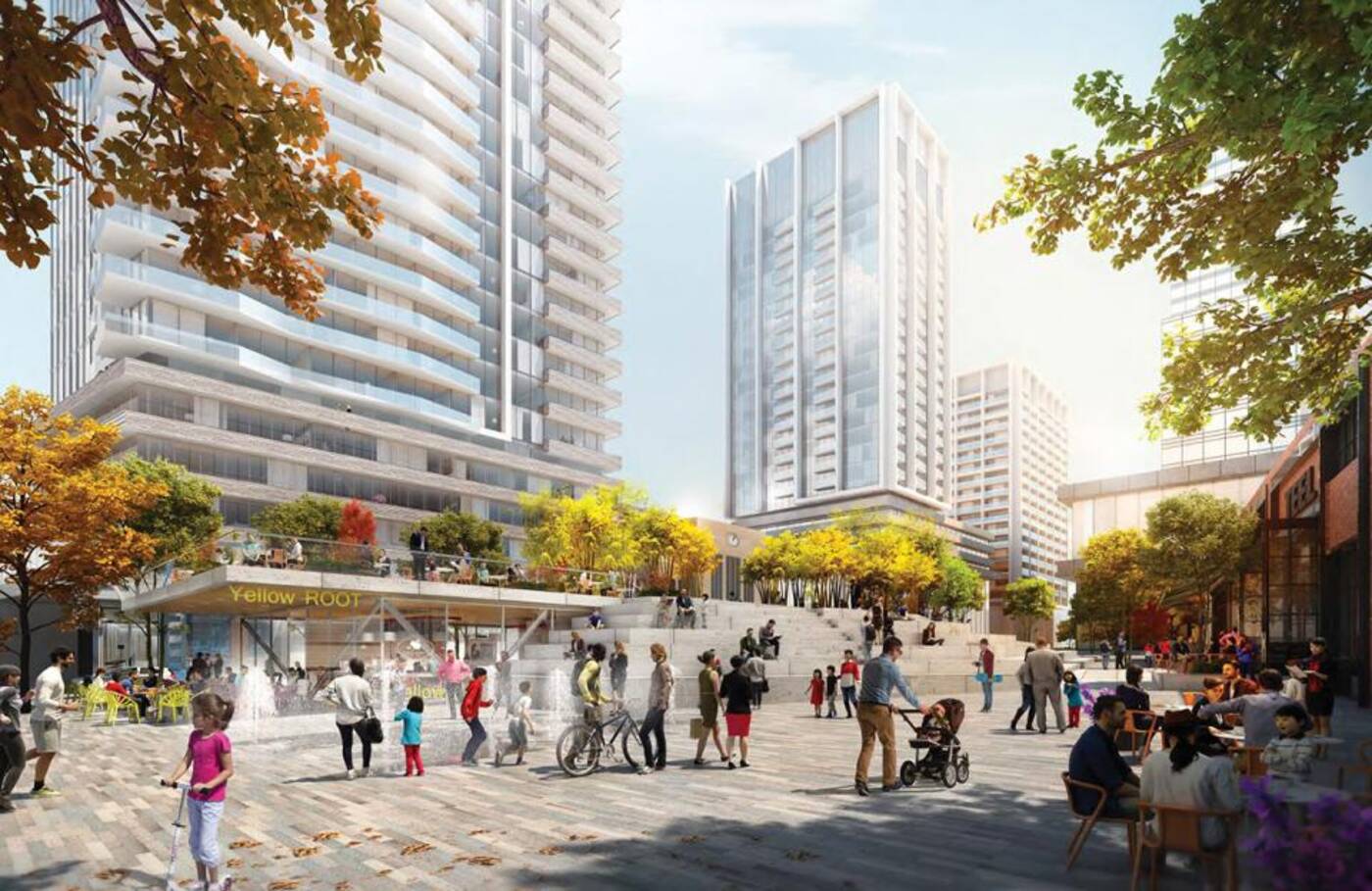 This rendering shows what's planned for the southeast corner of the development at Don Mills and Eglinton. Image via Diamond Corp.

The latest iteration of the plan, according to Urban Toronto, includes a cycling bridge over the train tracks along the north side of the site, a new path leading down into the ravine and the readjustment of several buildings within the development's layout.

Heritage buildings in particular are given more prominence now than in previous versions of the plan.

The 1954-built Celestica building at 844 Don Mills Road has now been incorporated into a private retail street envisioned as the neighbourhood's "Main Street." 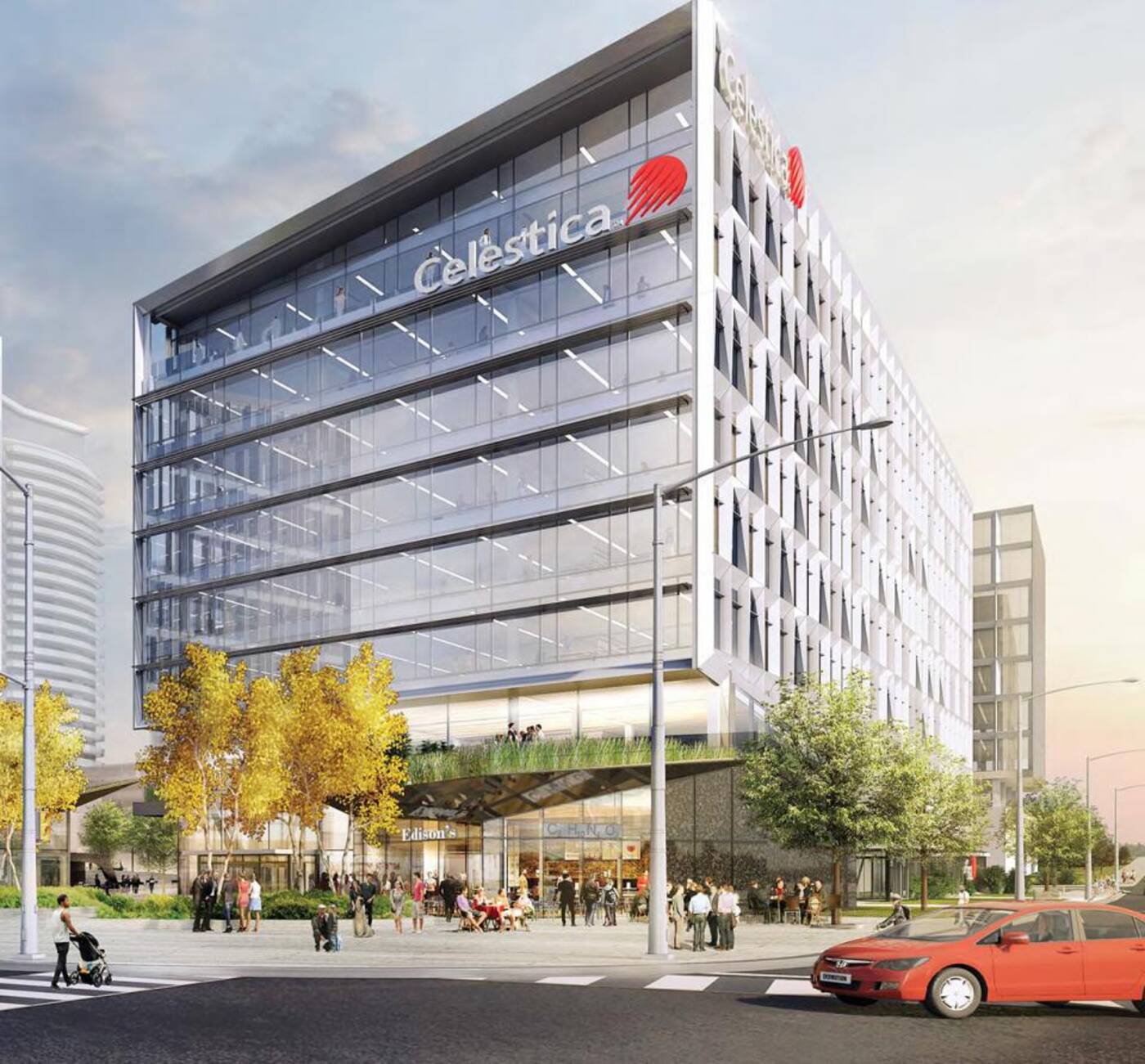 A rendering of what the new Celestica building at Don Mills and Eglinton is planned to look like. Image via Diamond Corp.

The entire south facade of an office building at 1150 Eglinton, constructed in 1967 by Modernist architect John B. Parkin, is also being retained.

"Portions of the retained facade will be freestanding, creating a permeable wall between the public spaces in the courtyards and the street, framing the view of the city skyline to the south," according to Urban Toronto.

This is one of a number of developments along Eglinton that would deliver the type of density that planners dream of when they build rapid transit lines. What we call Midtown in Toronto could be in store for a major expansion.