The TTC is about to launch a new express bus network

Bus riders in and around Toronto will soon have six brand new and 10 "enhanced" express routes to get them from point A to B in as little time as possible.

"Most express bus routes save customers at least 20 per cent in travel time compared to their local counterparts on common corridors," reads a 2017 report from the transit agency, explaining that these routes have a limited number of stops (and thus spend far less time waiting for customers to board and depart). 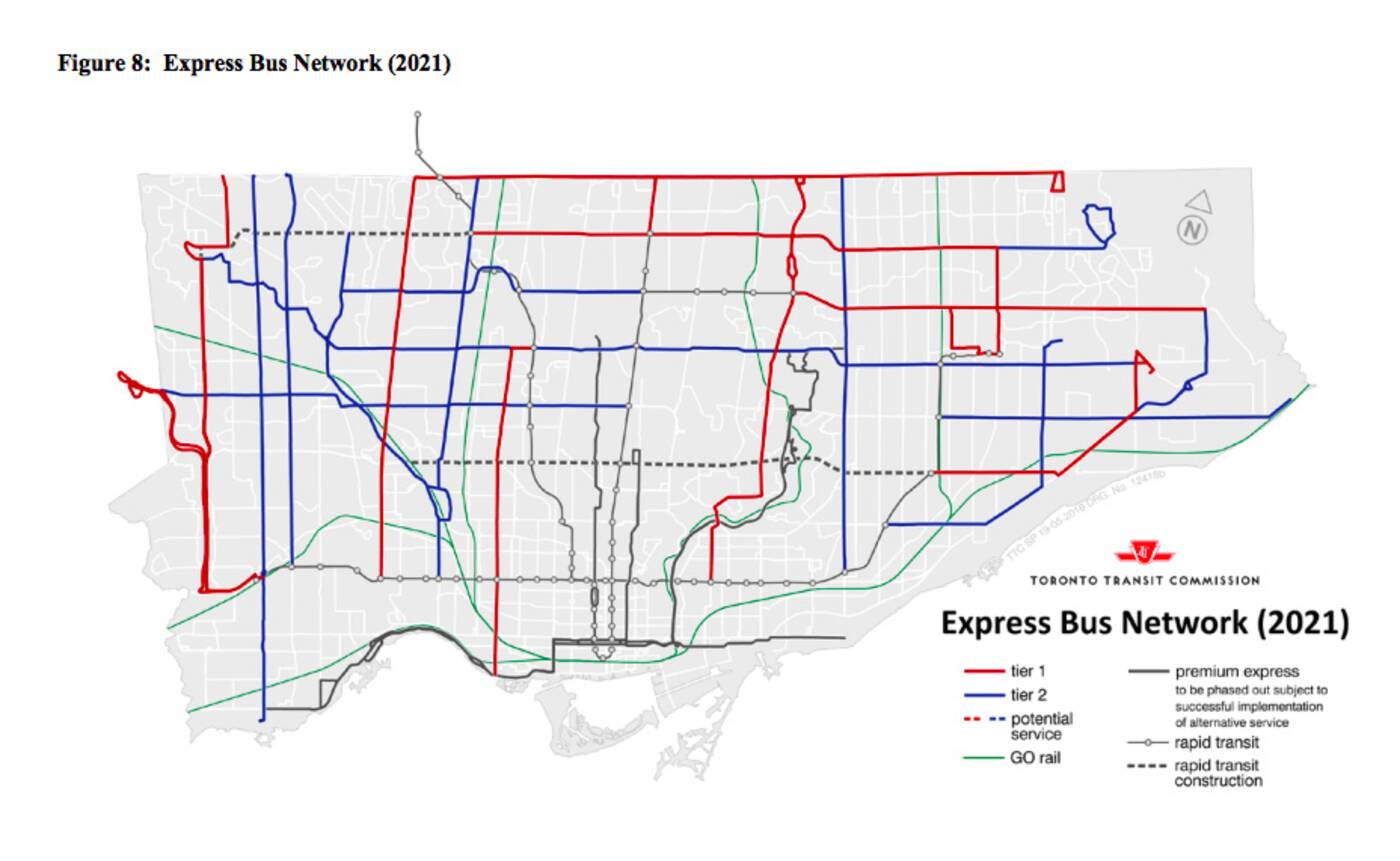 The 900 Express Bus Network will be rolled out in three stages. Medium-term work is expected to be complete in 2021. Image via TTC.

The TTC has been exploring the idea of creating a better express bus network for years in order to both boost ridership and support future rapid transit projects such as the Eglinton Crosstown LRT and Finch West LRT.

Solid plans to improve and expand the network were detailed in a report last year, based on the results of a comprehensive Express Bus Network Study, but up until now, bus schedules have remained the same.

That will change on September 2, 2018, according to author and transit advocate Steve Munro, when the TTC begins rolling out its 900 Express Bus Network.

Express buses are also being renamed — or "rebranded," as Munro puts it, "into a consistent 900-series of route numbers regardless of whether they are 'E' branches of existing routes or are 'Rocket' services in the 18x and 19x range."

The first phase of the rollout will take a few months, but transit riders should be able to hop aboard the following express bus routes as of September 2 when the new schedule comes into effect:

More routes, vehicles, and tiered services will be added over time, all the way up until 2026.

The net operating cost to implement the express bus network "once the plan has been fully implemented and ridership fully matures" is expected to cost approximately $13.1M per year.