What does it mean when a nightboi comes out to play during daylight hours? Usually that he's a baby, according to wildlife experts — and I dare you to try and show me anything cuter than a baby raccoon. You cannot.

Case in point: This furry little angel who waltzed into the Queen West vintage furniture store Châtelet on Monday afternoon to nap in a box (after drinking from the toilet.) 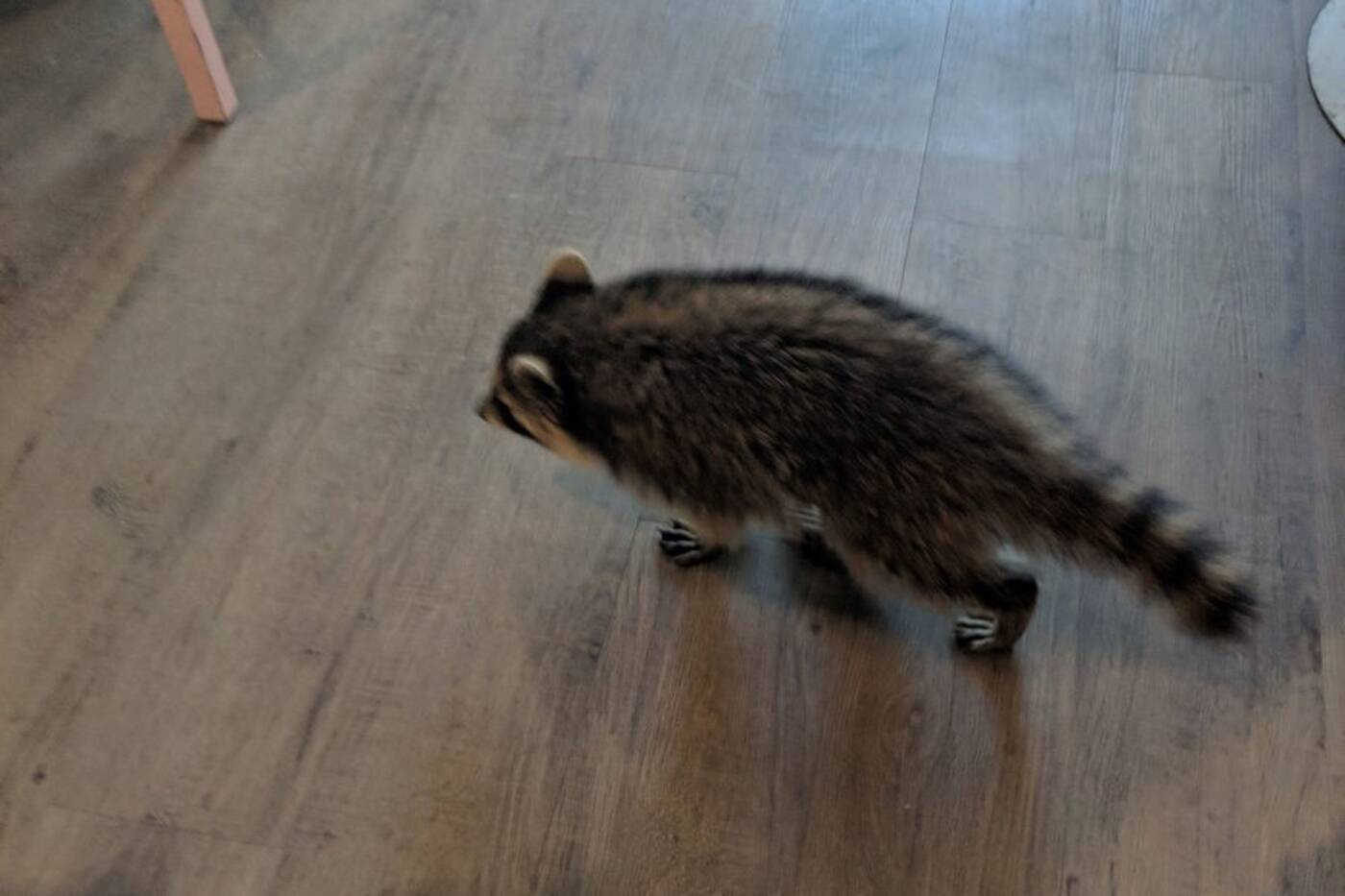 A friendly young raccoon wandered into a Toronto store on Monday afternoon in search of a nice spot to rest. Image via Sam Gushue.

Sam Gushue was first to spot the cub, who simply wandered in off the street through an open front door.

From the corner of her eye, she assumed the critter was Châtelet's store dog — a tiny black brussels griffon — until she noticed that the dog was sitting next to her.

Gushue says that she and some retailers who share space with Châtelet tried to shoo the baby raccoon back into the wild (Queen and Bathurst can get pretty wild) but to no avail.

The raccoon ran down the stairs into the store's basement, got up on the toilet, had a drink of water and then found himself a nice box in which to take a nap.

"He was really sweet," says Gushue, noting that this is not a typical occurrence. "This furniture store has been here for 22 years, and we've never had anything like that happen."

Store staffers were able to carry the young raccoon to Graffiti Alley, behind the store, but with a parting gift — his napping box.

Andrew Dymecki of Belle Époque, which shares space with Châtelet, joked that the little guy has good taste.

"Probably looking for some decor for the nest," he said. "You know, a surprise for mom."

Cute as the thought may be, I'm sure his mother would rather him bring home some warm, sugary garbage, as she is also a raccoon.