Never are front lawns more adorned with colourful plastic than in the weeks heading up to an election — save for Halloween and Christmas.

Ontario is now only one day out from its 2018 vote, meaning that our neighbourhoods are once again packed with shades of red, orange, blue, green and Zod.

The signs, found in front of houses; in the windows of businesses and on the sides of buildings, are political, but they also look a bit festive when taken in altogether, don't you think? 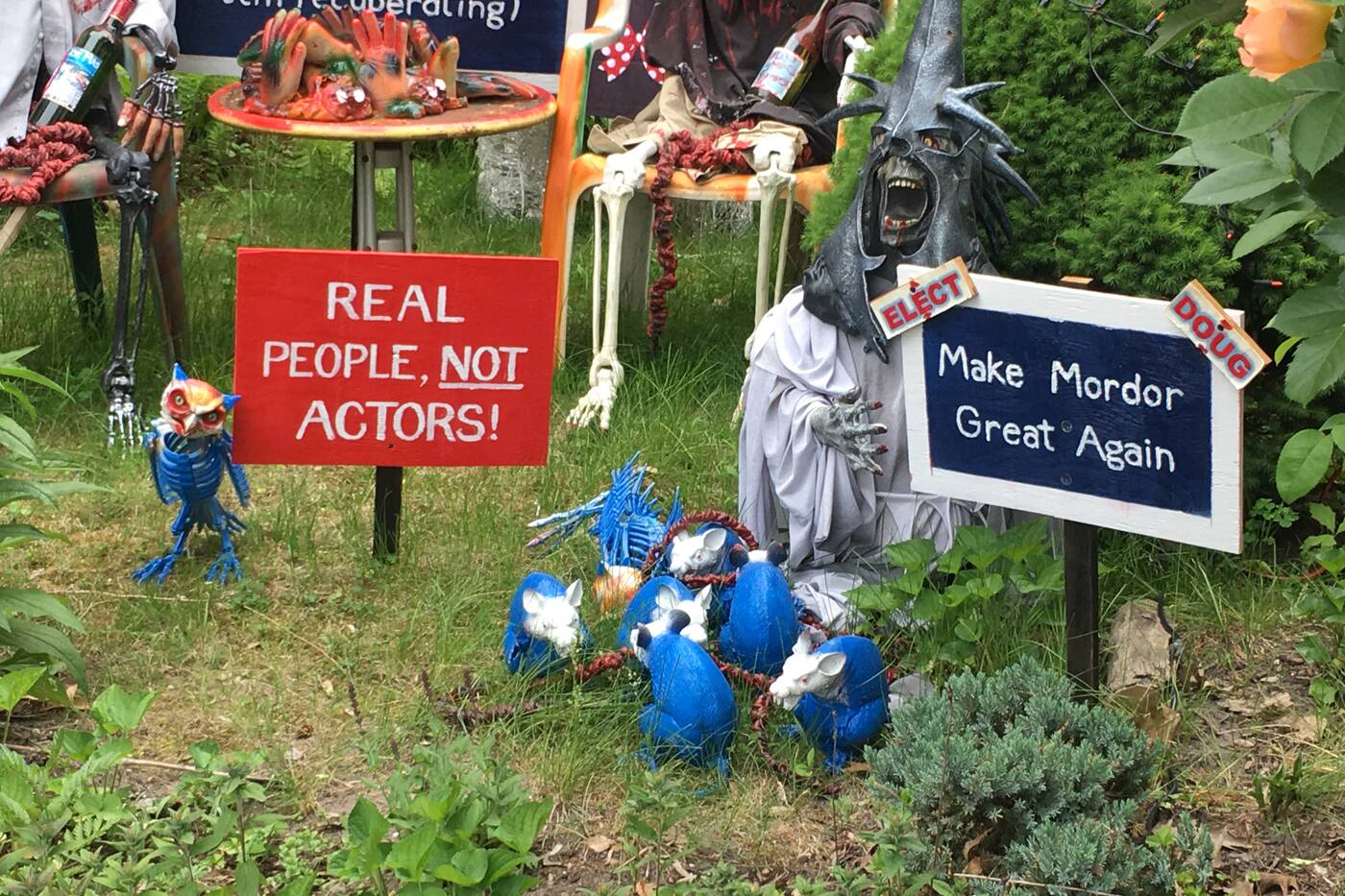 At least one Torontonian has taken this idea to the extreme ahead of the June 7 general election by setting up a detailed, Halloween-like front lawn display that appears — upon first glance — to advocate for no candidate in general.

Taking a closer look, the signs actually advocate against PC Party leader Doug Ford with the help of Sci-Fi fantasy characters, a bunch of dismembered plastic body parts and some gross goblin things. 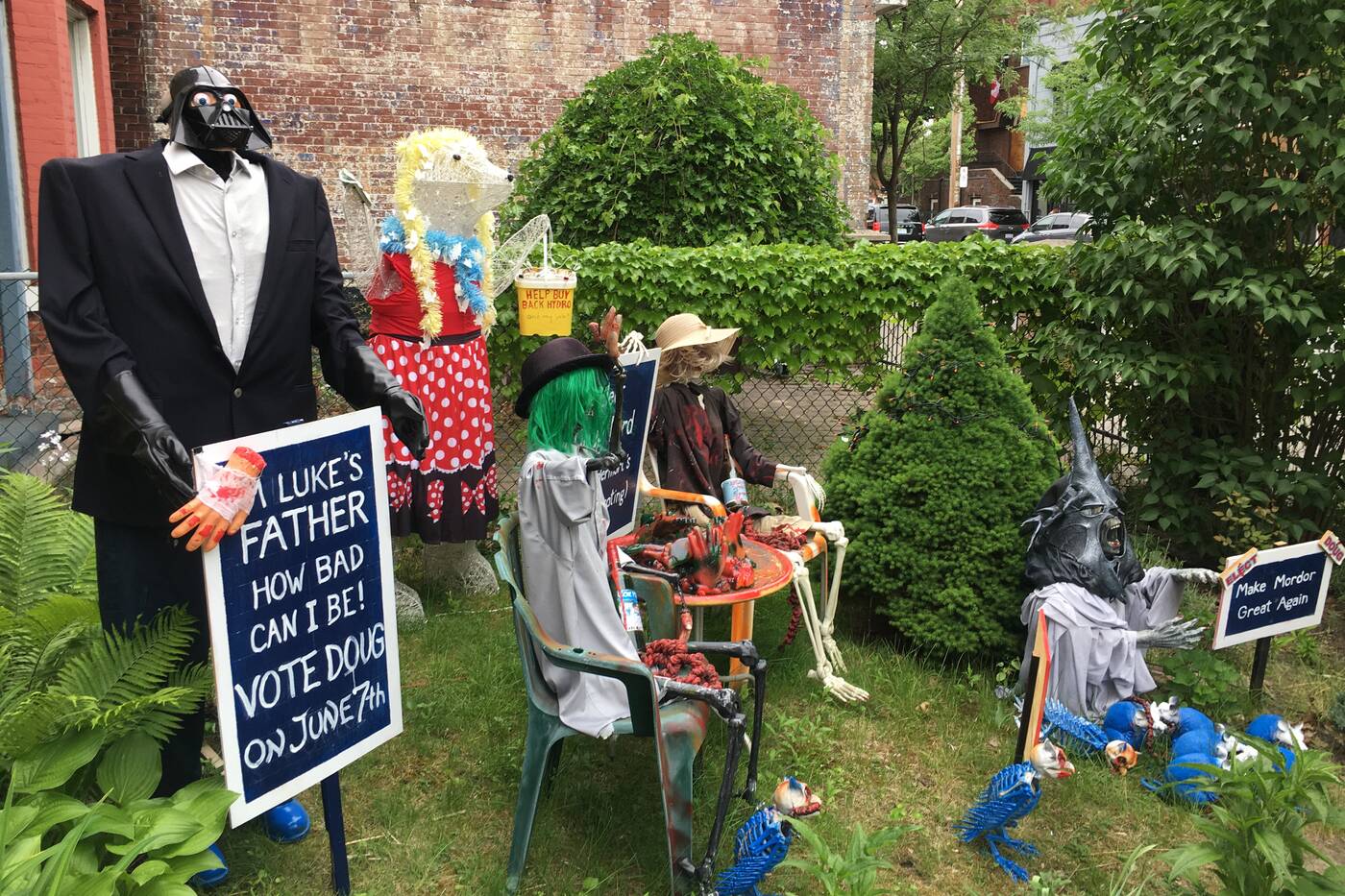 The house on Dupont Street near Franklin Avenue was spotted by Shawn Stinson.

Upon close inspection of the Junction Triangle property, one can find about a dozen characters on display.

Among them are a suit with Darth Vader's head on it... 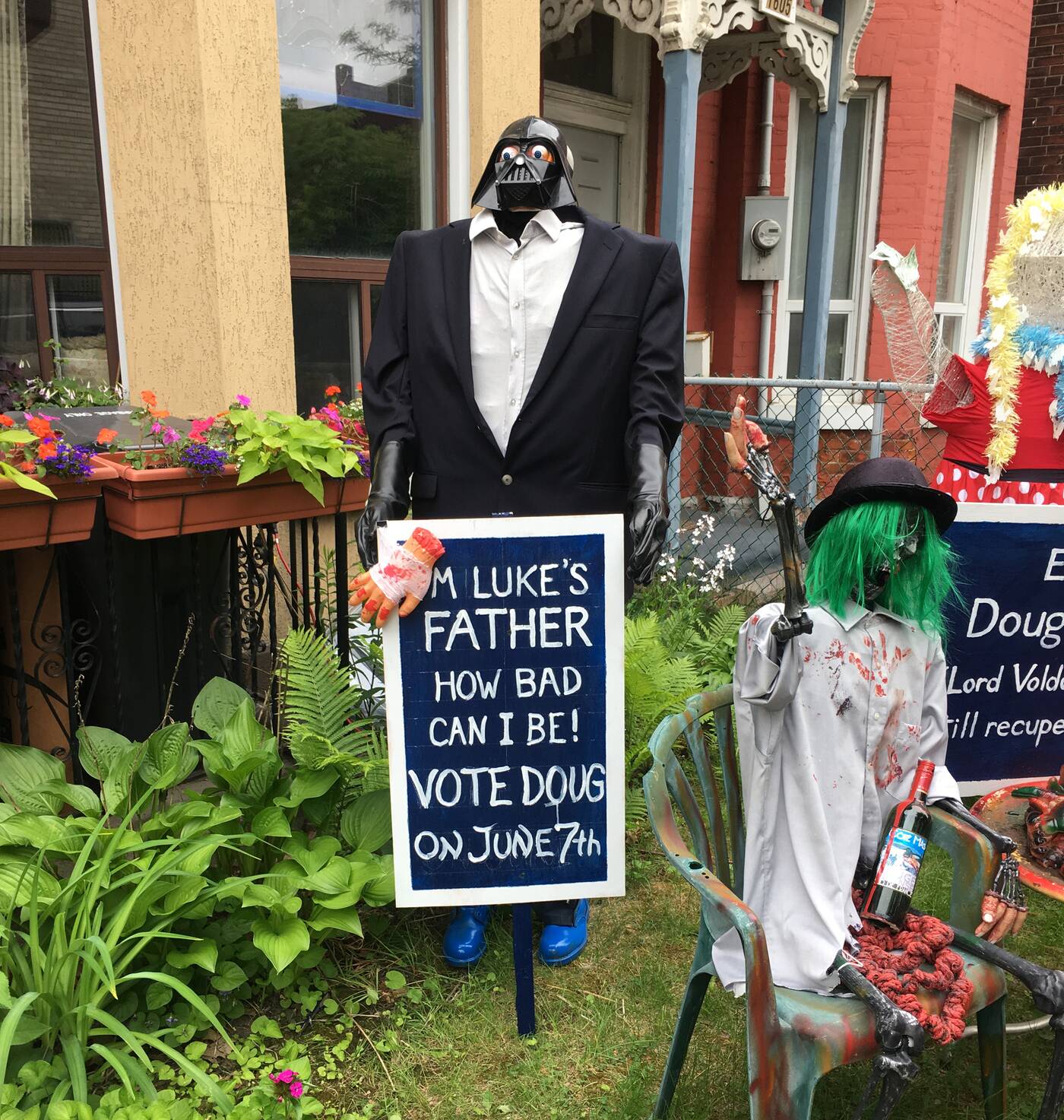 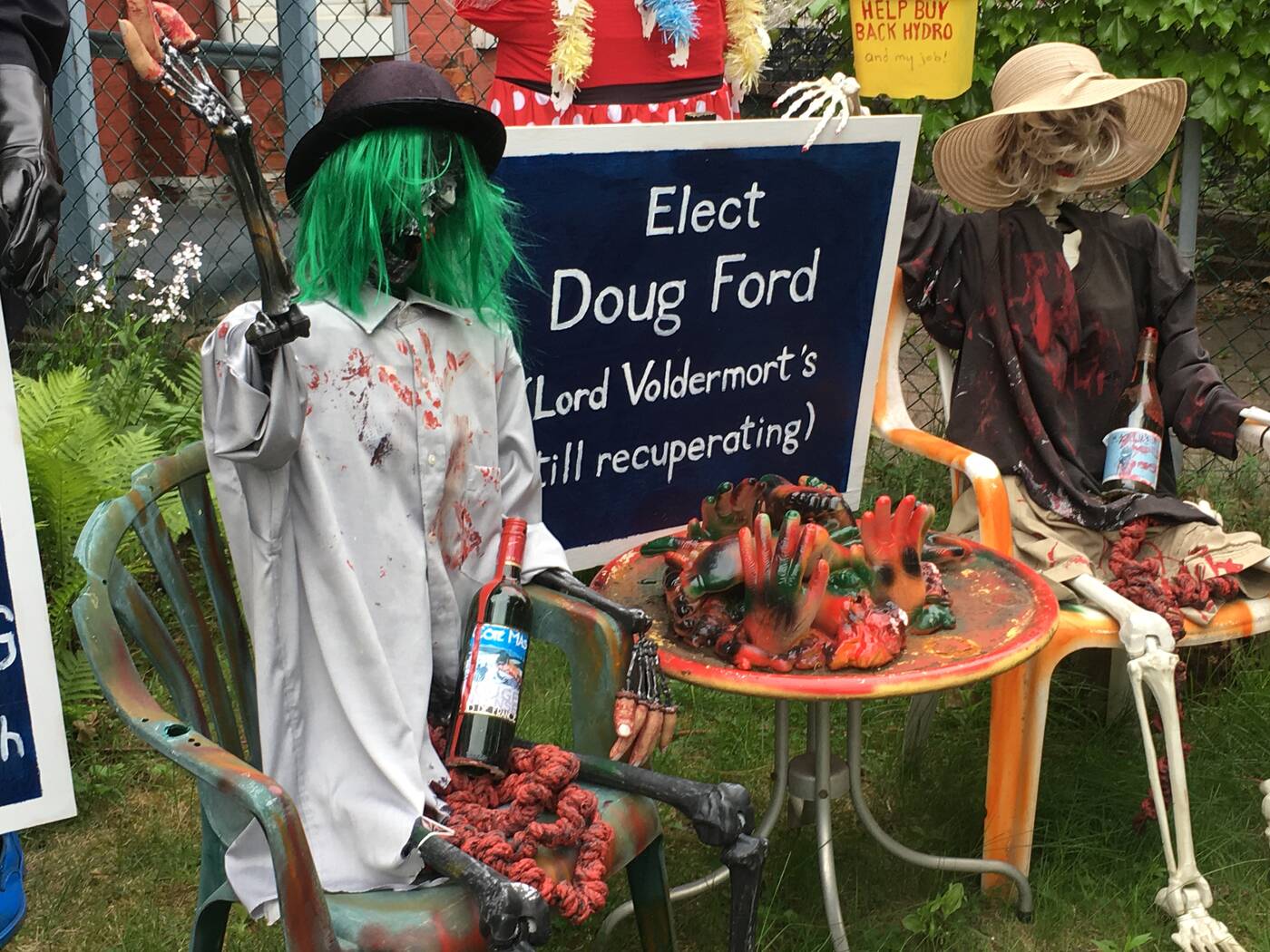 A light-up polar bear in a wig holding what looks like a hospital sharps bucket with the words "Help buy back hydro (and my job!)" on it... 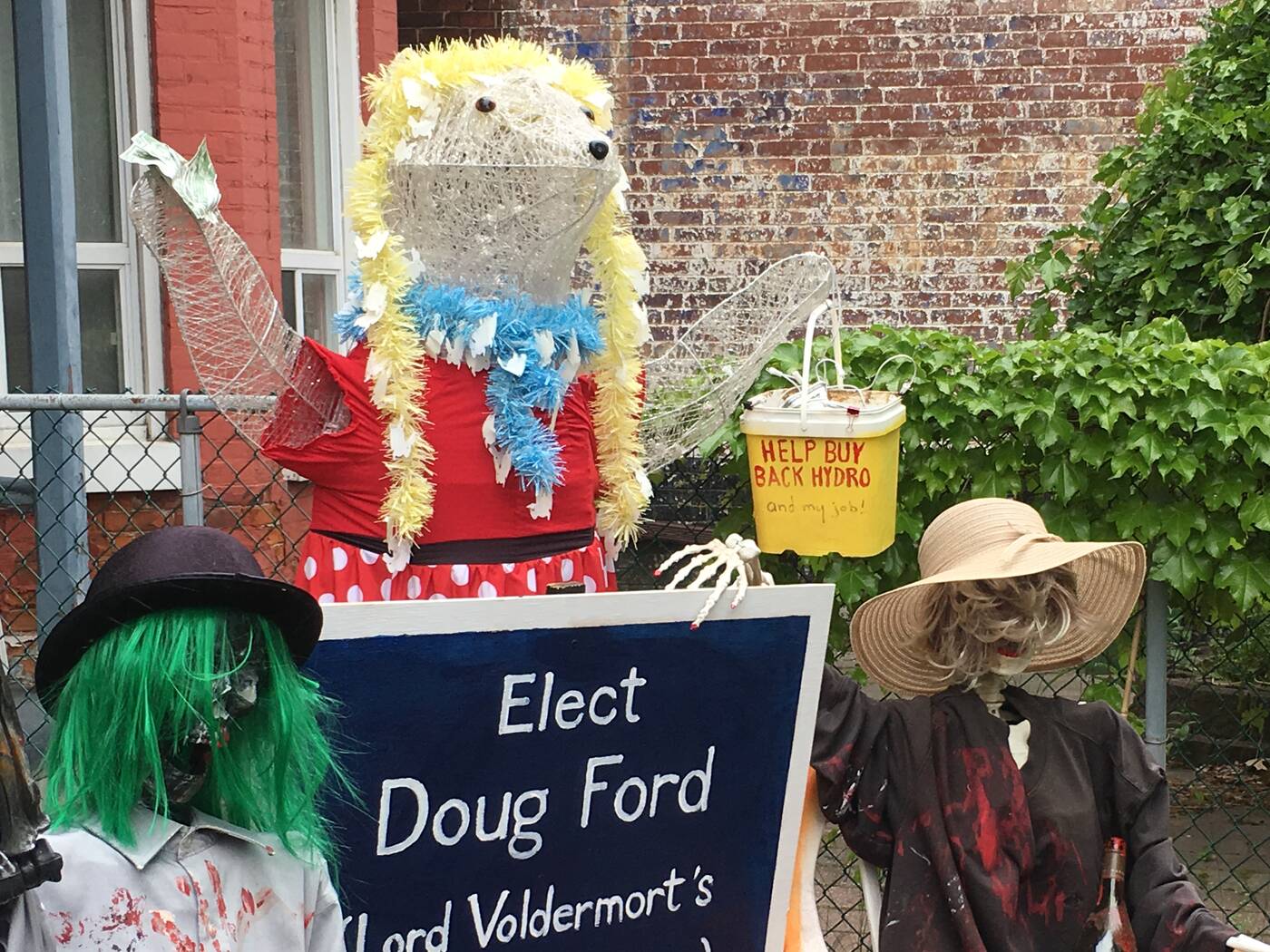 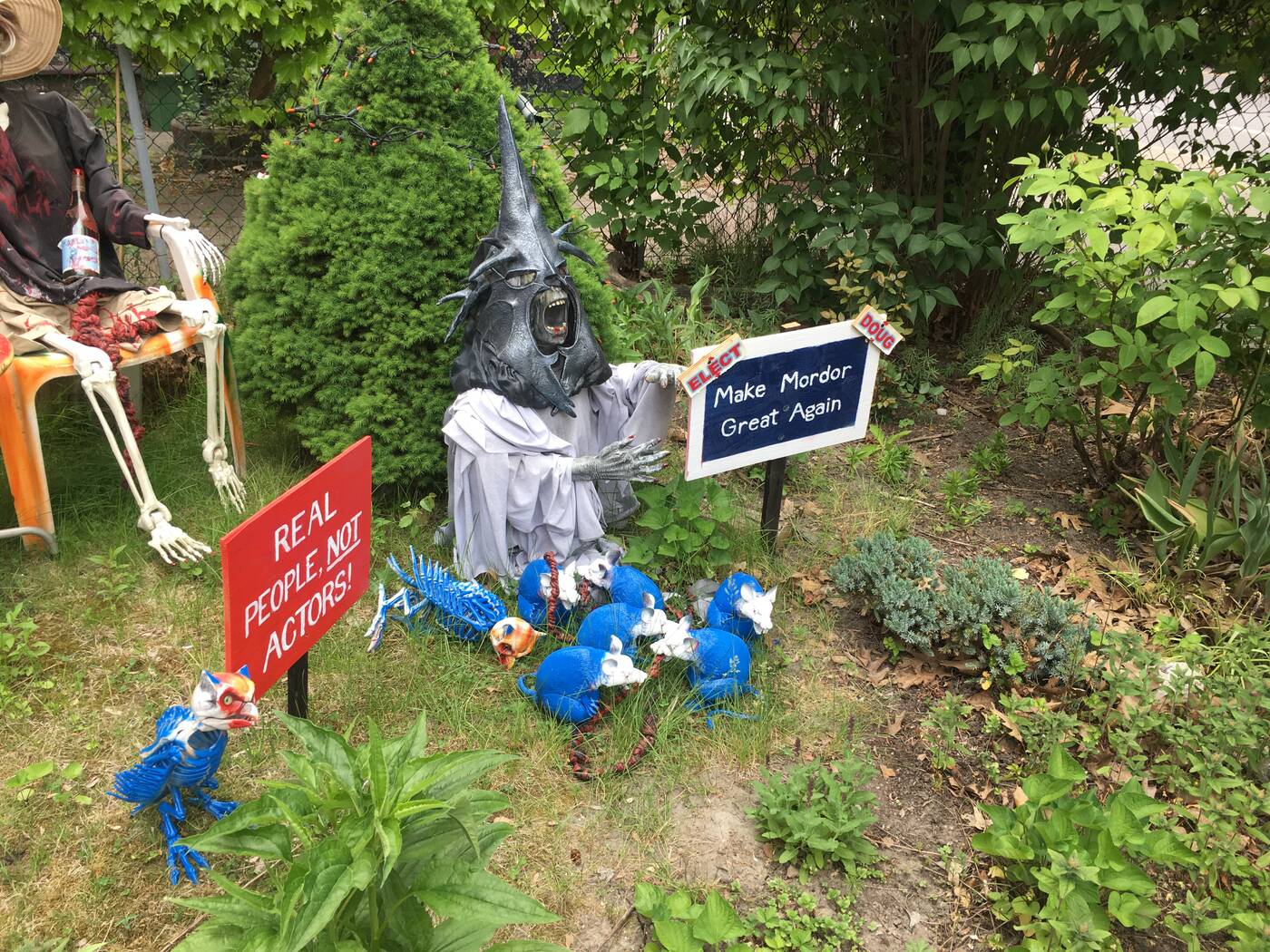 And two zombie owls and a handful of blue rats that round out the display. In its entirety it's peppered with ironic "Elect Doug" signs, praising villains like Voldemort and Vader. 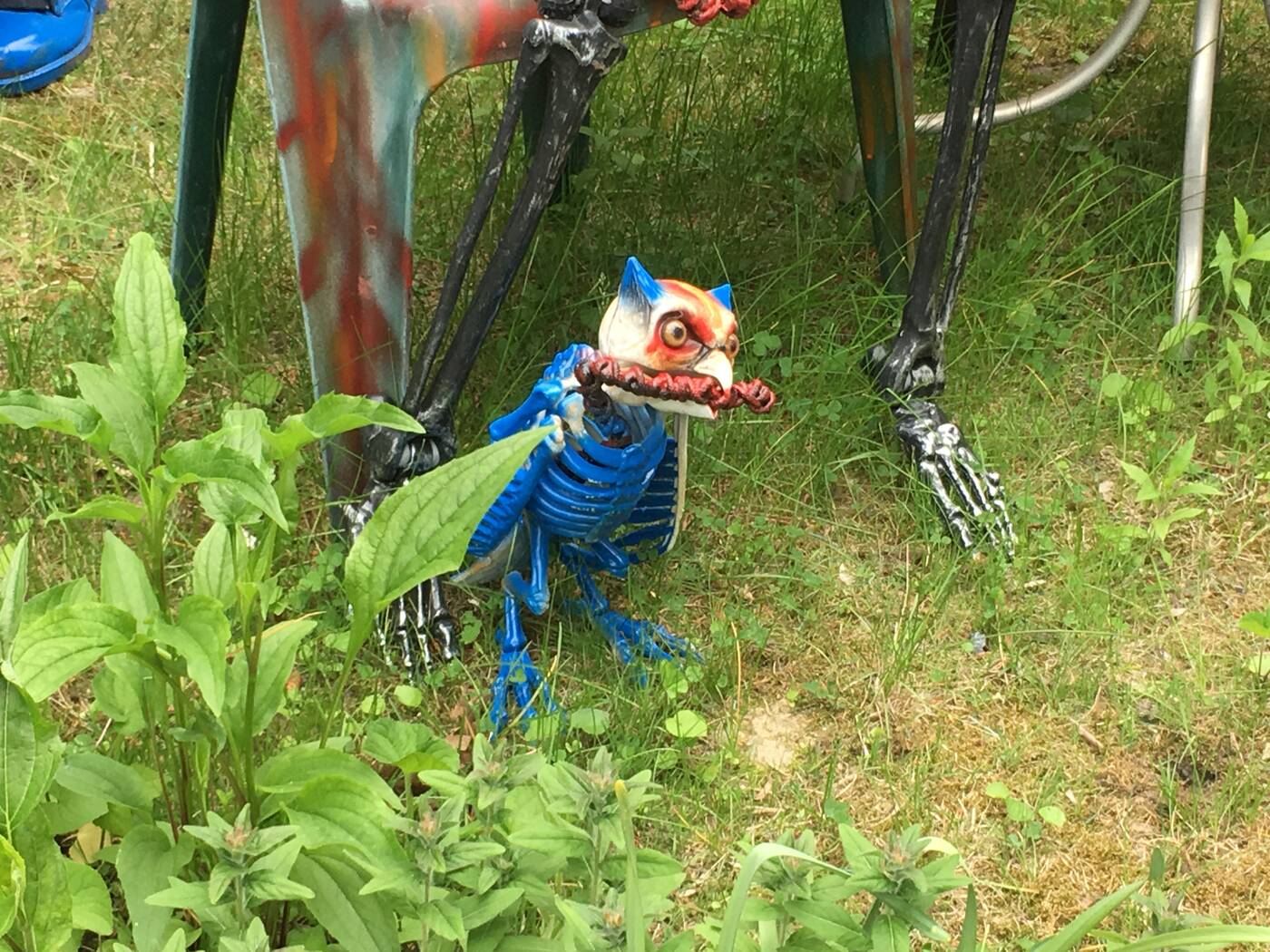 Sorry for the nightmares — not that you could sleep tonight anyway, what with all the excitement of election eve!

Here's some information on how and where to vote in Toronto for whoever it is you think should win Ontario's 2018 general election.