The buildings surrounding Toronto's old Yonge Street Fire Hall have lived many lives since they first started coming up in the mid 1860s: They've housed hostels, a book store, a motorcycle dealership, a Chinese restaurant, the office of a corn dealer and, at one time, the most iconic gay bar in our city.

Now, they're being worked into the development of 38-storey residential tower in Toronto's Historic Yonge Street Heritage Conservation District, just north of College. 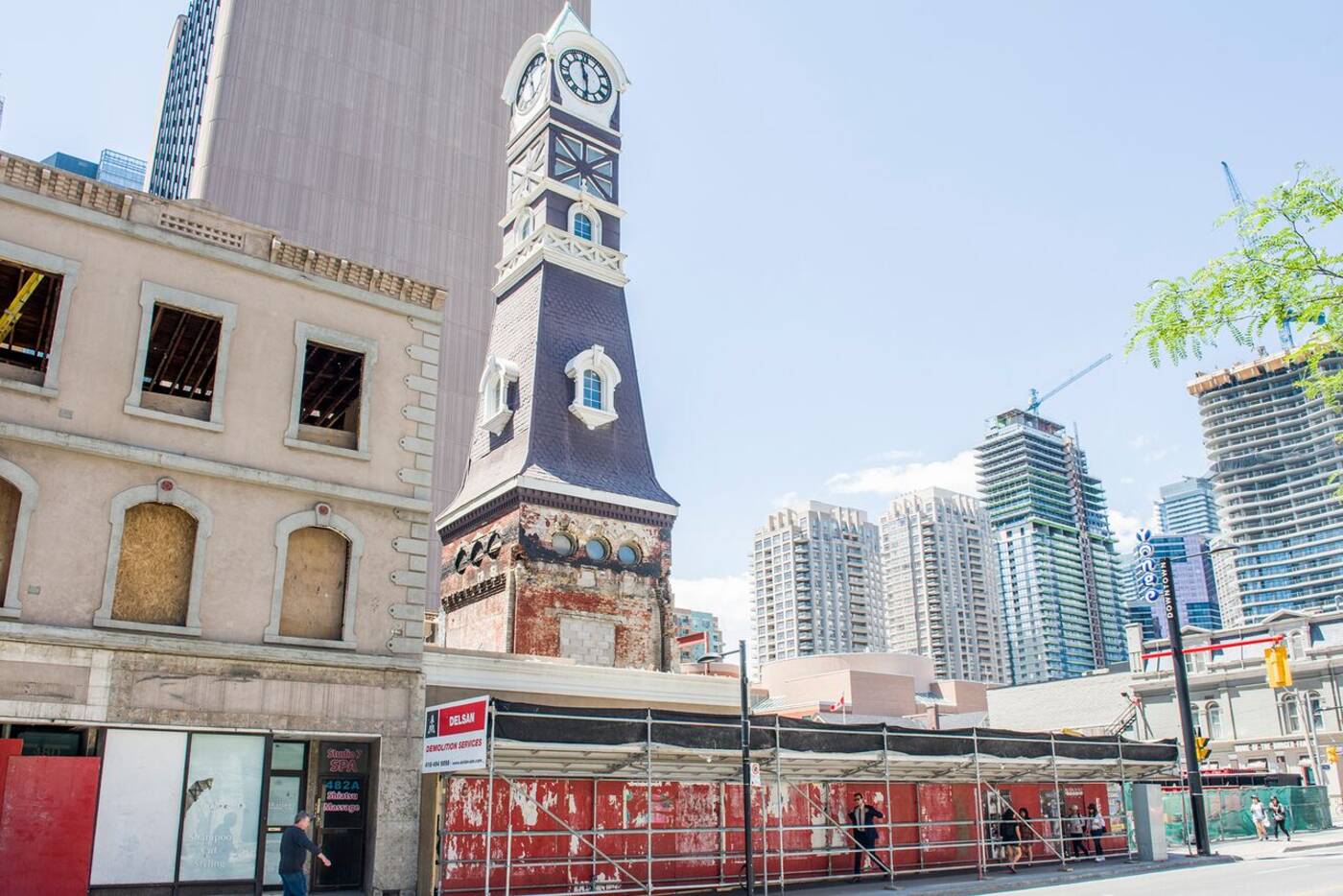 Halo Condos, as the project will be called, promises to be gorgeous upon completion, but what will be most exciting for anyone walking by is the complete restoration of a clock tower dating back to 1871.

The Fire Hall No. 3 clock tower appears on the City of Toronto's Heritage Register, as do several other structures in the immediate vicinity. 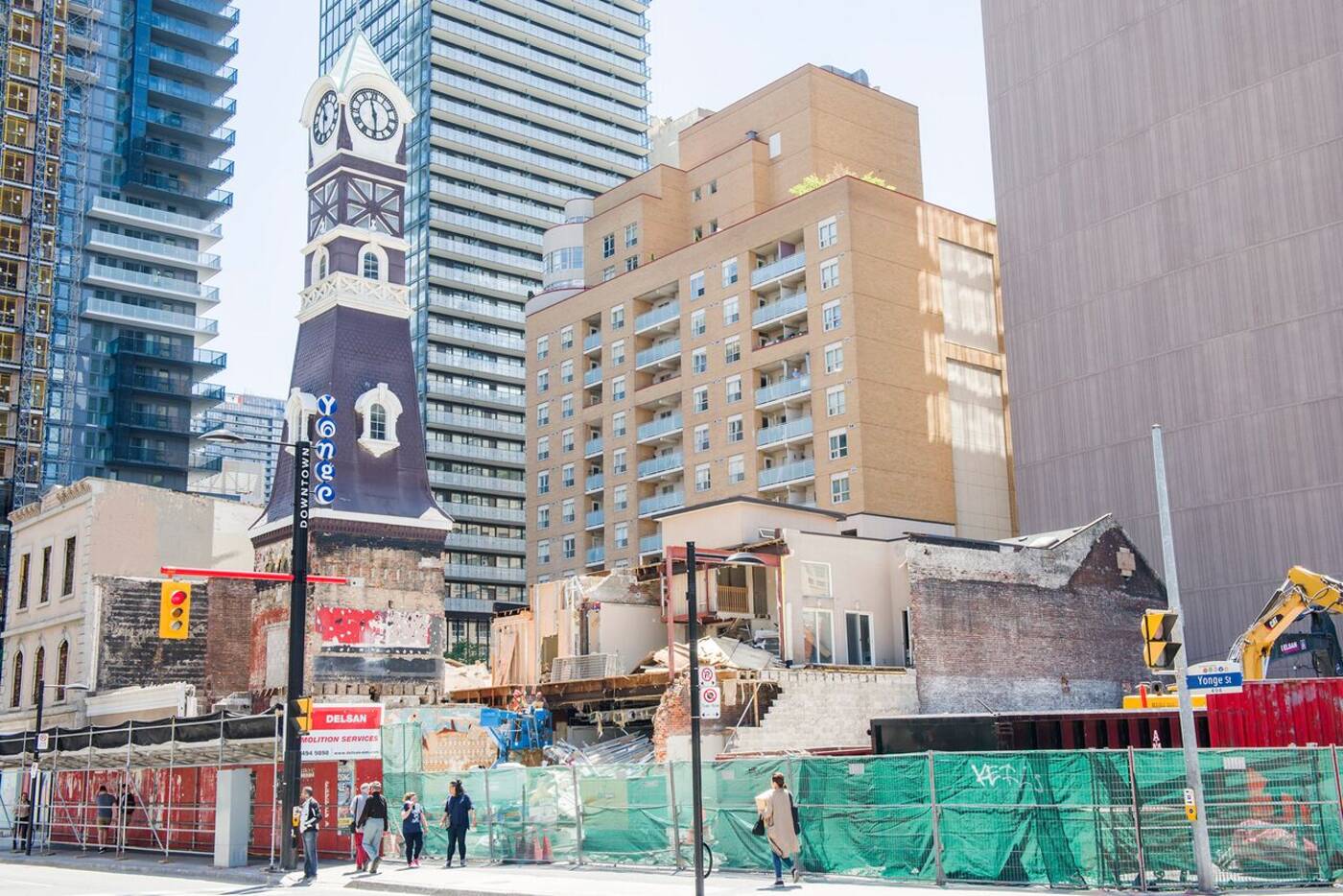 This in mind, Cresford Developments and architectsAlliance ensured that great care was taken to "seamlessly integrate the clock tower into the building facade" while drafting up their plans.

Demolition on the site only began a few weeks ago, but we're already starting to see long-covered pieces of the original clock tower emerge. 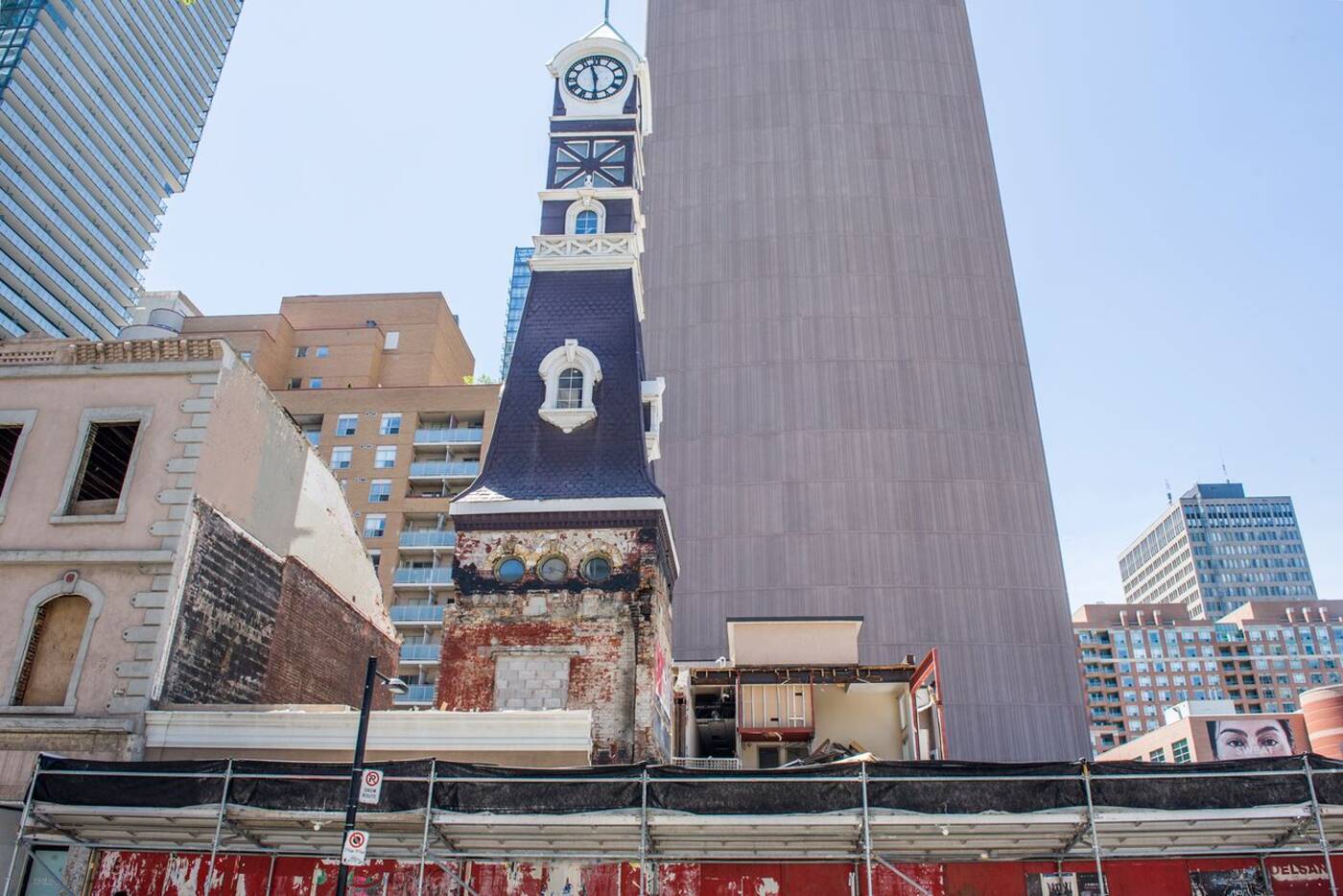 Urban Toronto reports that the clock tower will be repositioned closer to Yonge Street later in the construction process, and then joined by a replication of the former fire hall's original facade. 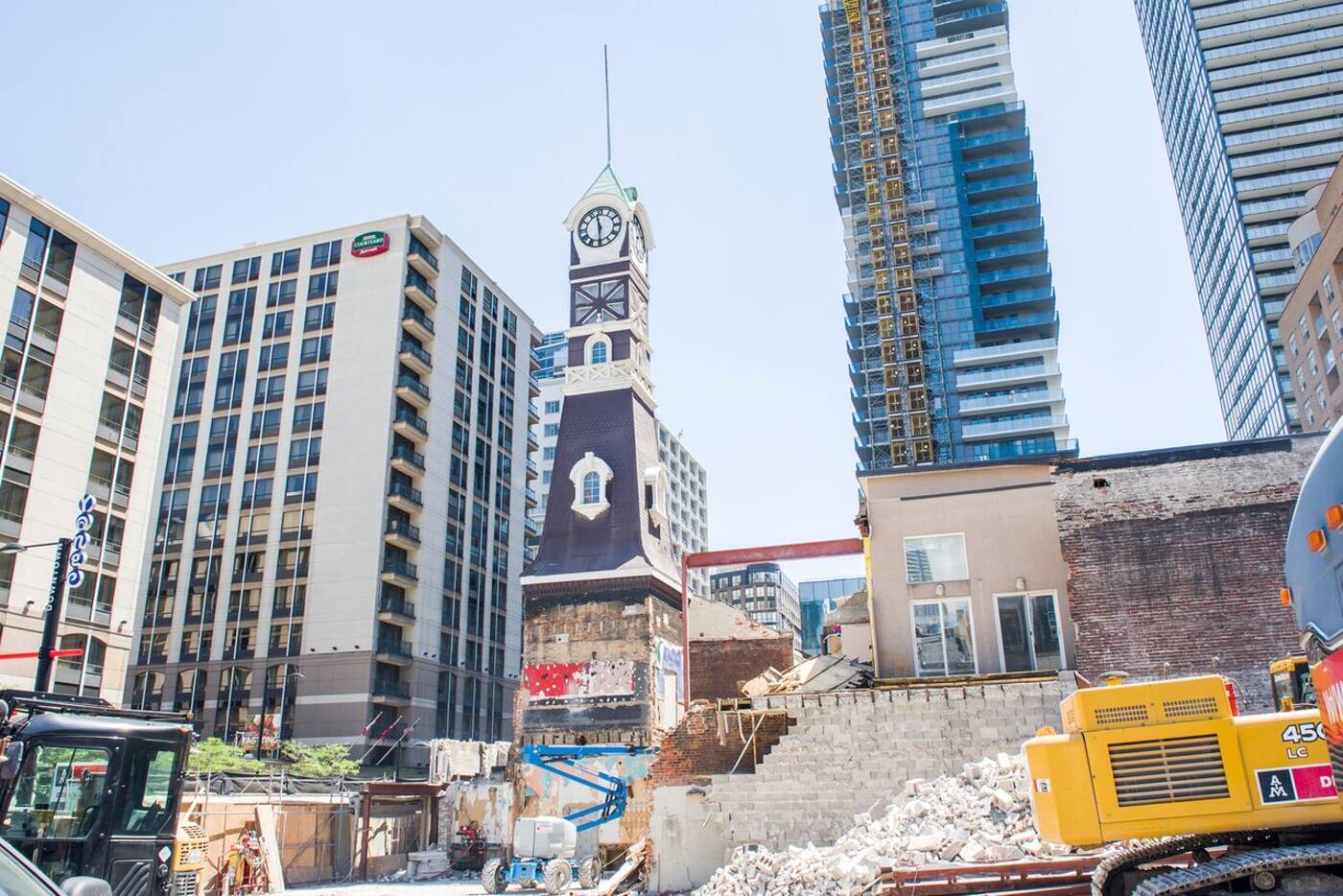 No word yet on what, if anything, will go inside the clock tower (aside from Dalmatian ghosts.)