Toronto weather forecast calls for a hot and stormy summer

It may have been sinfully late to the party, but sprummer has finally popped in Toronto — and how!

A special weather statement is currently in effect for the GTA, with daytime temperatures expected to reach a high of 32 degrees by Monday afternoon.

This marks the city's first heat-related advisory of 2018 from Environment Canada, but long-term forecasts show it'll be far from the last.

We're in for a hot summer, is what I'm saying, and it's coming on fast — so put away your winter coats, if you haven't already (and who could blame you? We were still dealing with snow and ice storms at this time last month). 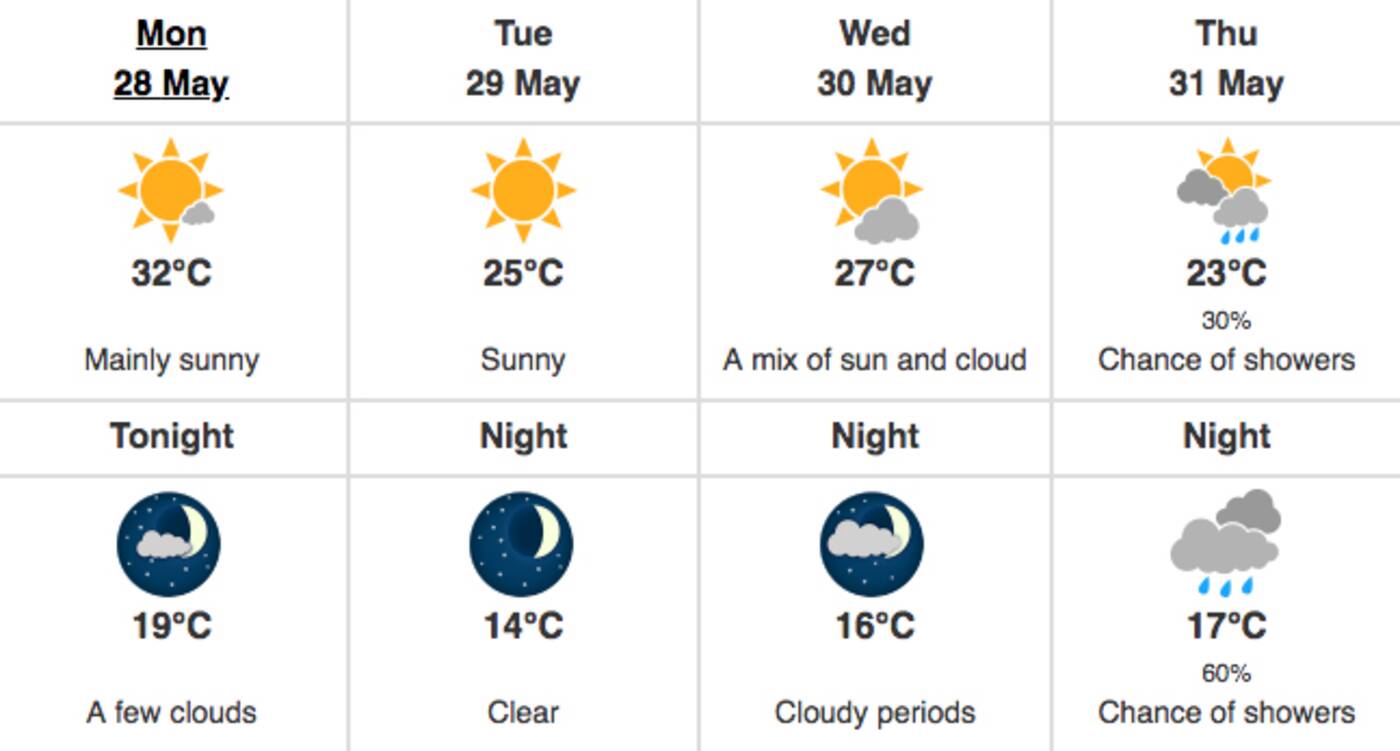 The week gets off to a hot start as we near the end of May, but temperatures should drop a bit in time for the weekend. Image via Environment Canada.

The Weather Network's 2018 Summer Forecast, released this morning, predicts a hot and storm-riddled summer for most of Southern Ontario.

A "warmer than normal" June is on deck, for starters, though the month could get off to a wet start this weekend thanks to remnants from Tropical Storm Alberto.

Meteorologist Doug Gillham says that heat "should dominate" the second half of June and most of July.

"This region is expected to see more hot weather than last year," writes Gillham in his long-term forecast, "but we do not expect the persistent extreme heat that we saw two summers ago."

We will see higher than normal rainfall totals across the province as well, if his predictions are correct — but that doesn't necessarily translate into a sloppy, wet summer.

"While we do not expect more rainy days than normal across this region, heavy rainfall at times will bring above normal totals to much of this region," writes Gillham.

Get ready for more frequent and intense thunder storms, basically. It's not perfect, but it certainly sounds a lot more promising than whatever the heck last "summer" was.

An anti-masker bit a cop in downtown Toronto this weekend

Megabus expands service in Ontario after Greyhound permanently shuts down