Sunday marked a somber occasion for the people of Toronto as thousands gathered in memory of those killed during last Monday's tragic van attack near Yonge and Finch.

The attack, which saw a white rental plow into pedestrians along a stretch of sidewalk in north Toronto, resulted in 10 deaths and 15 injuries. 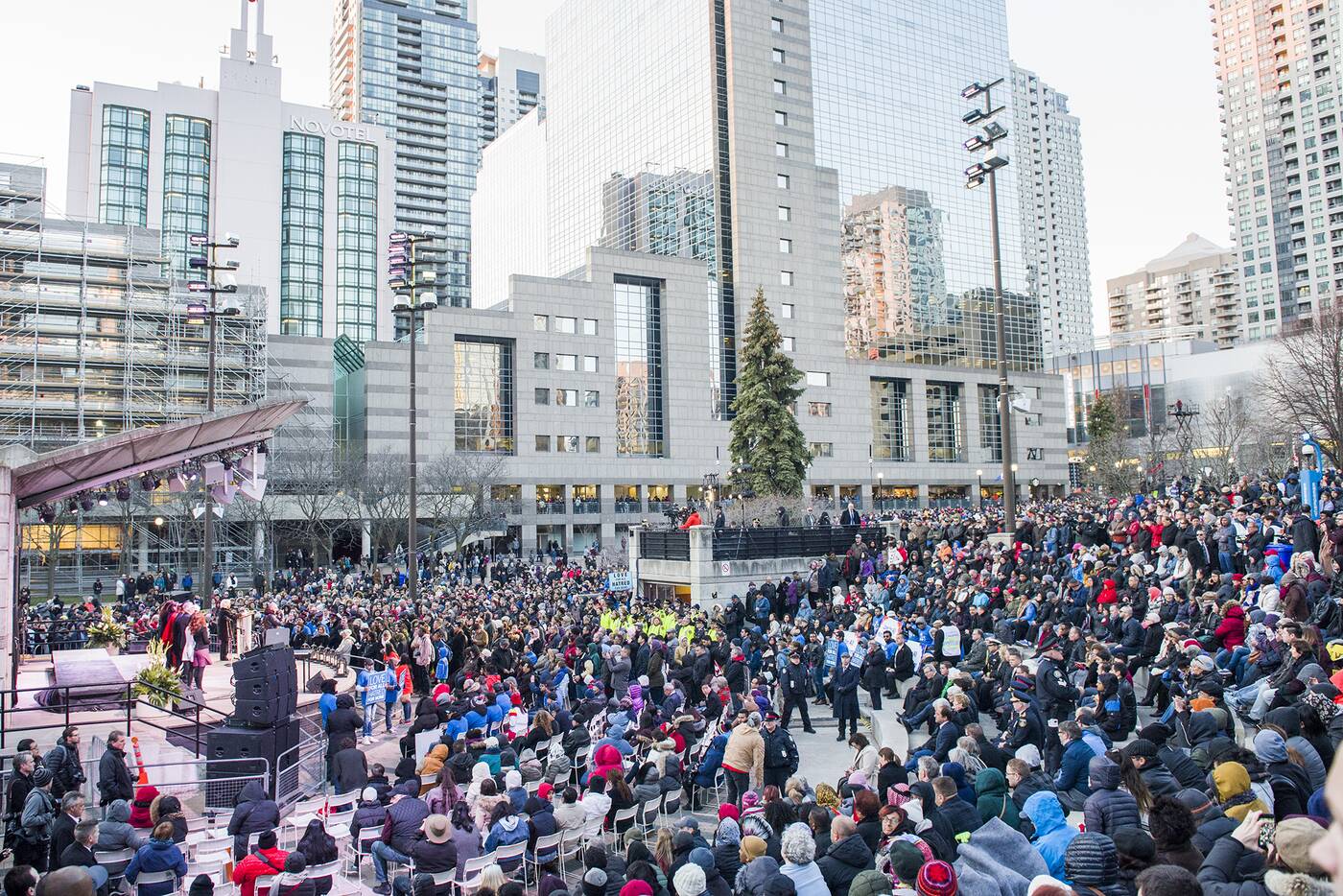 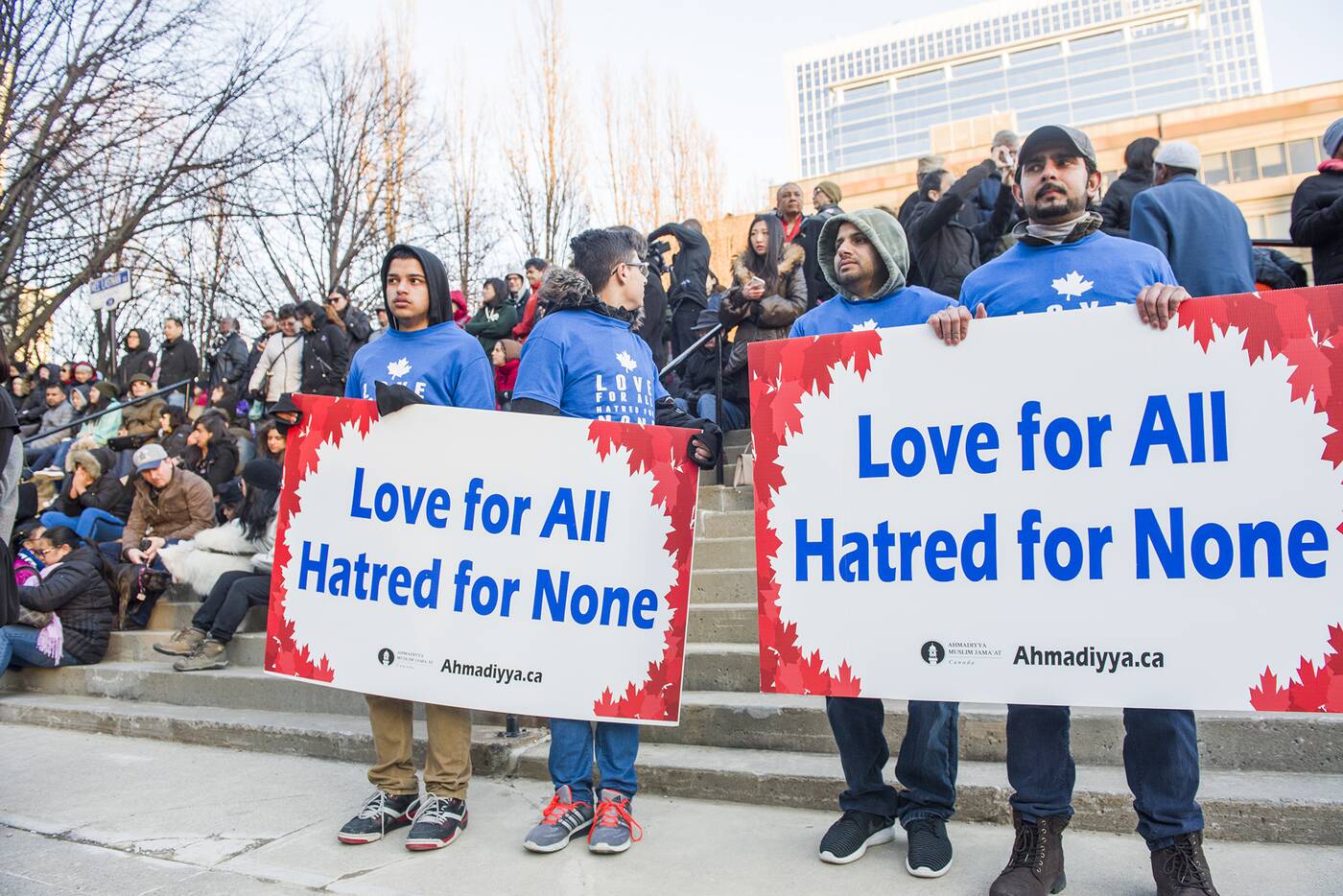 Suspect Alek Minassian, 25, was apprehended by police shortly after the April 23 incident and remains in police custody. He was charged on Tuesday, less than 24 hours after the attack, with 10 counts of first degree murder of 13 of attempted murder. 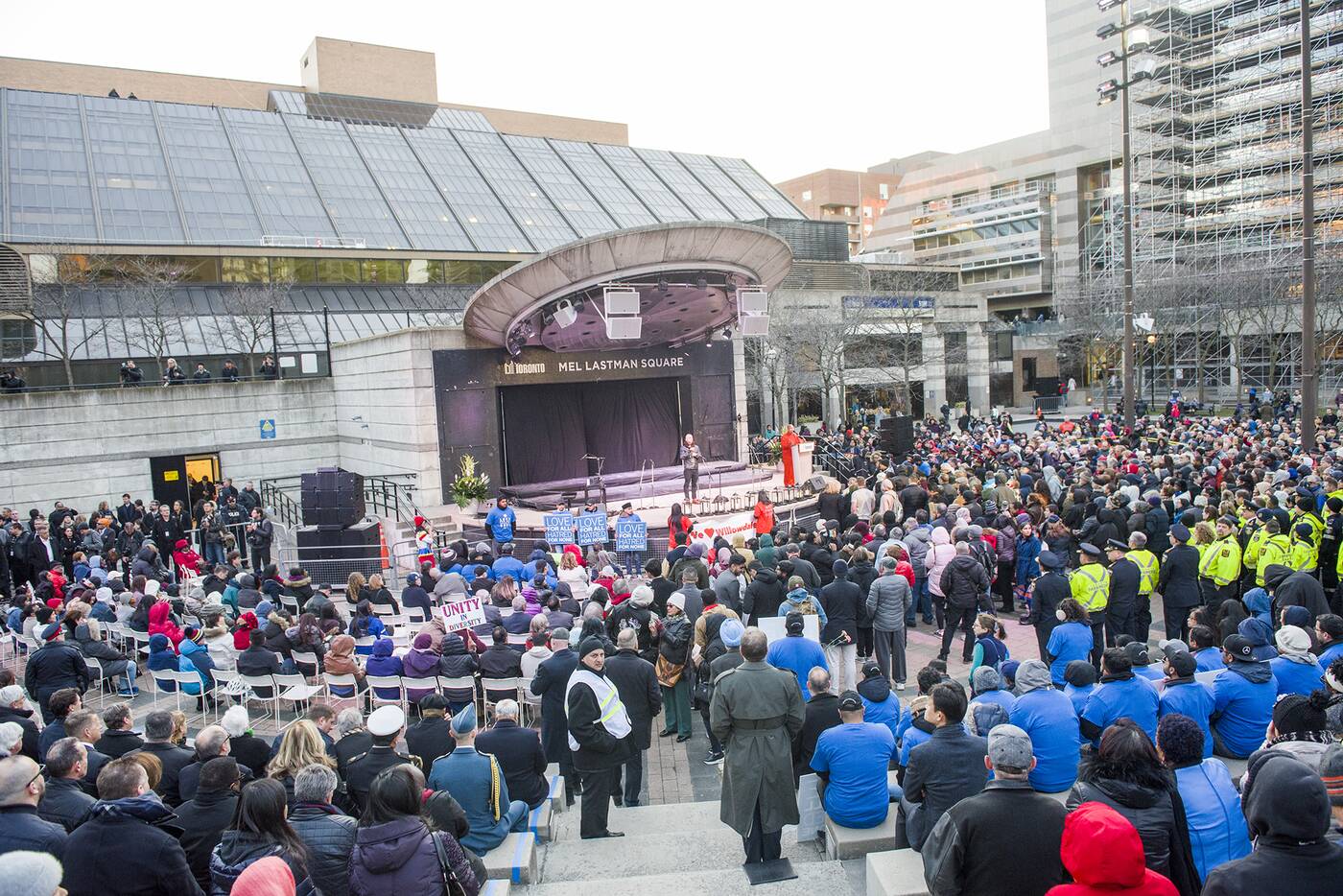 People from around the world have been expressing their condolences and showing support for the victims and their families en masse since last Monday.

Nearly 2 million has now been raised through the city's #TorontoStrong fund, with hundreds of thousands more coming in from individual and group GoFundMe campaigns. 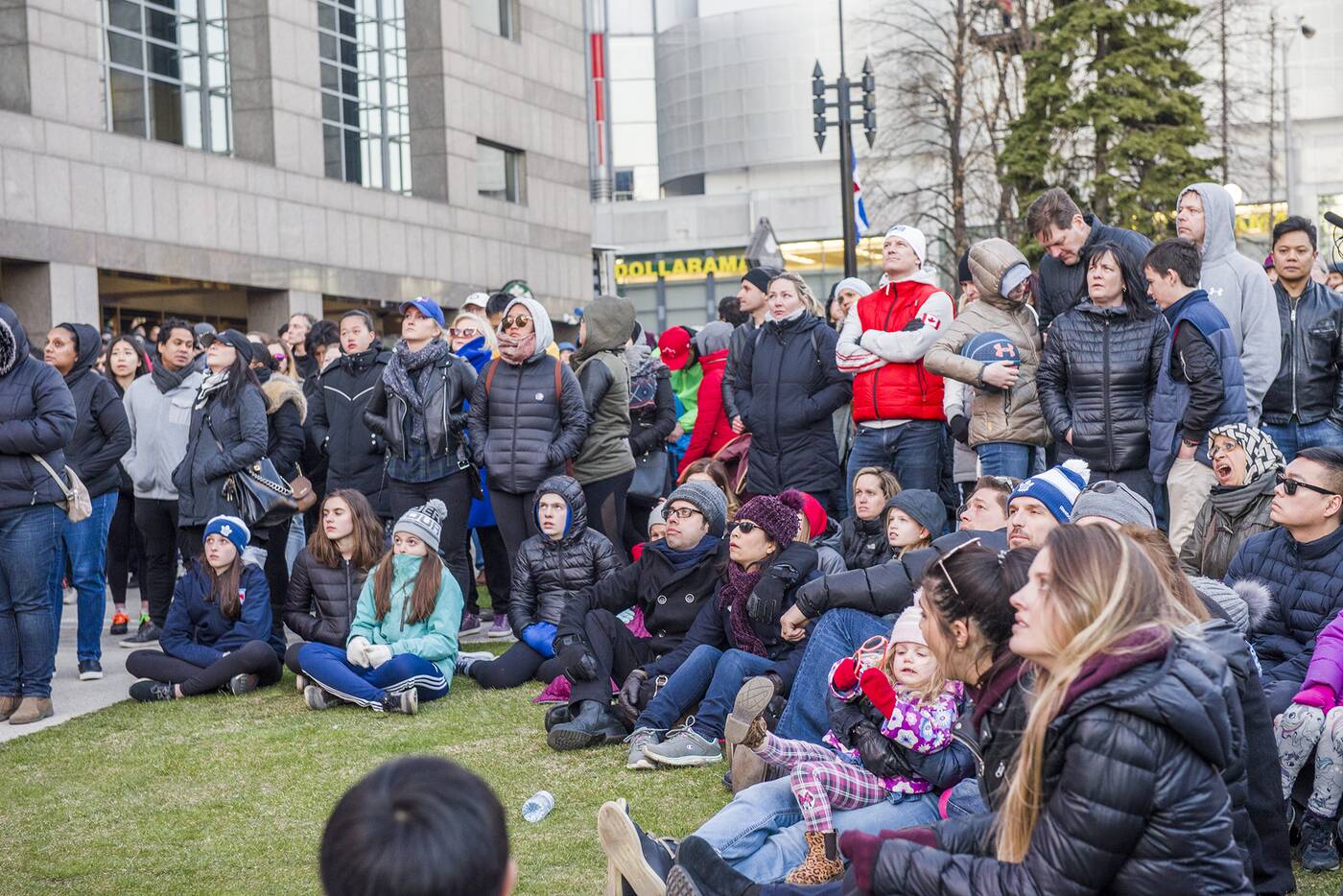 Dreary weather did nothing to stop locals from attending yesterday's vigil at Mel Lastman Square, which is close to where the attack took place. 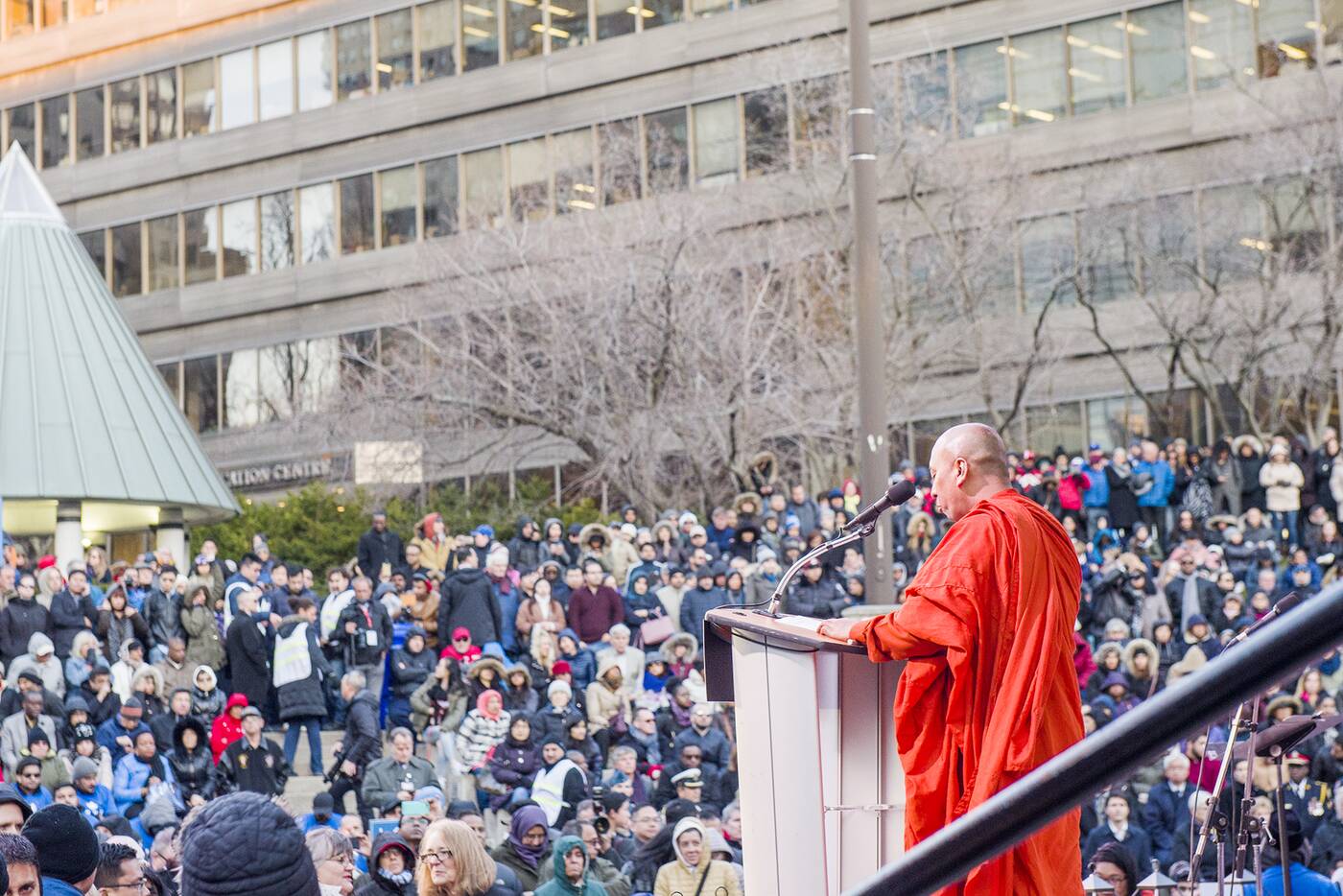 A wide variety of speakers took the stage to share words of hope and comfort with the vigil's attendees, including Toronto's poet laureate Anne Michaels. 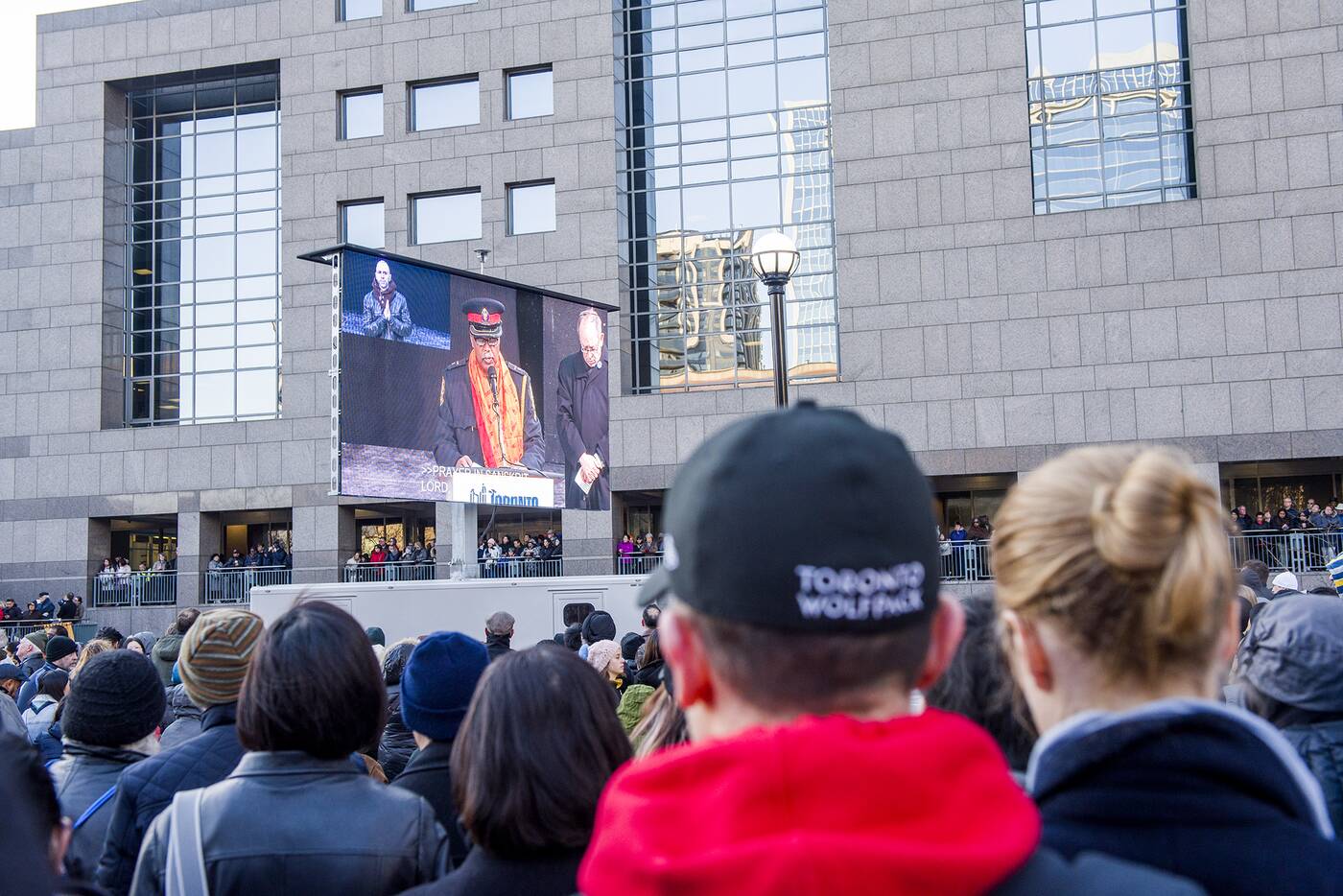 Several choirs, including the Toronto Children's Concert Choir (below), were also on hand to sing in honour of those affected by last week's attack. 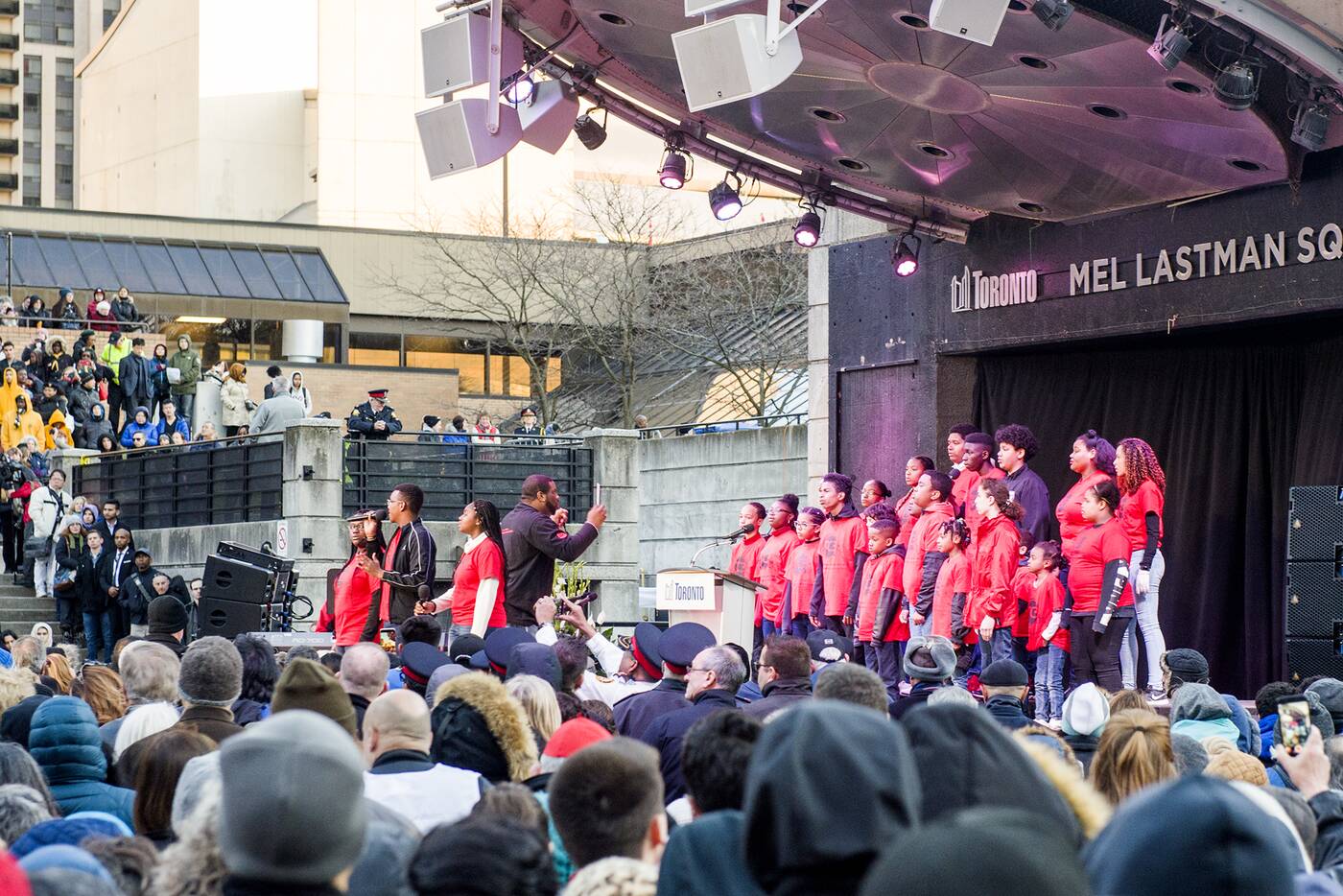 A joint high school choir composed of students from Earl Haig and Cardinal Carter (below) performed the national anthem, while church choirs performed hymns like "Amazing Grace" and "Instrument of Peace." 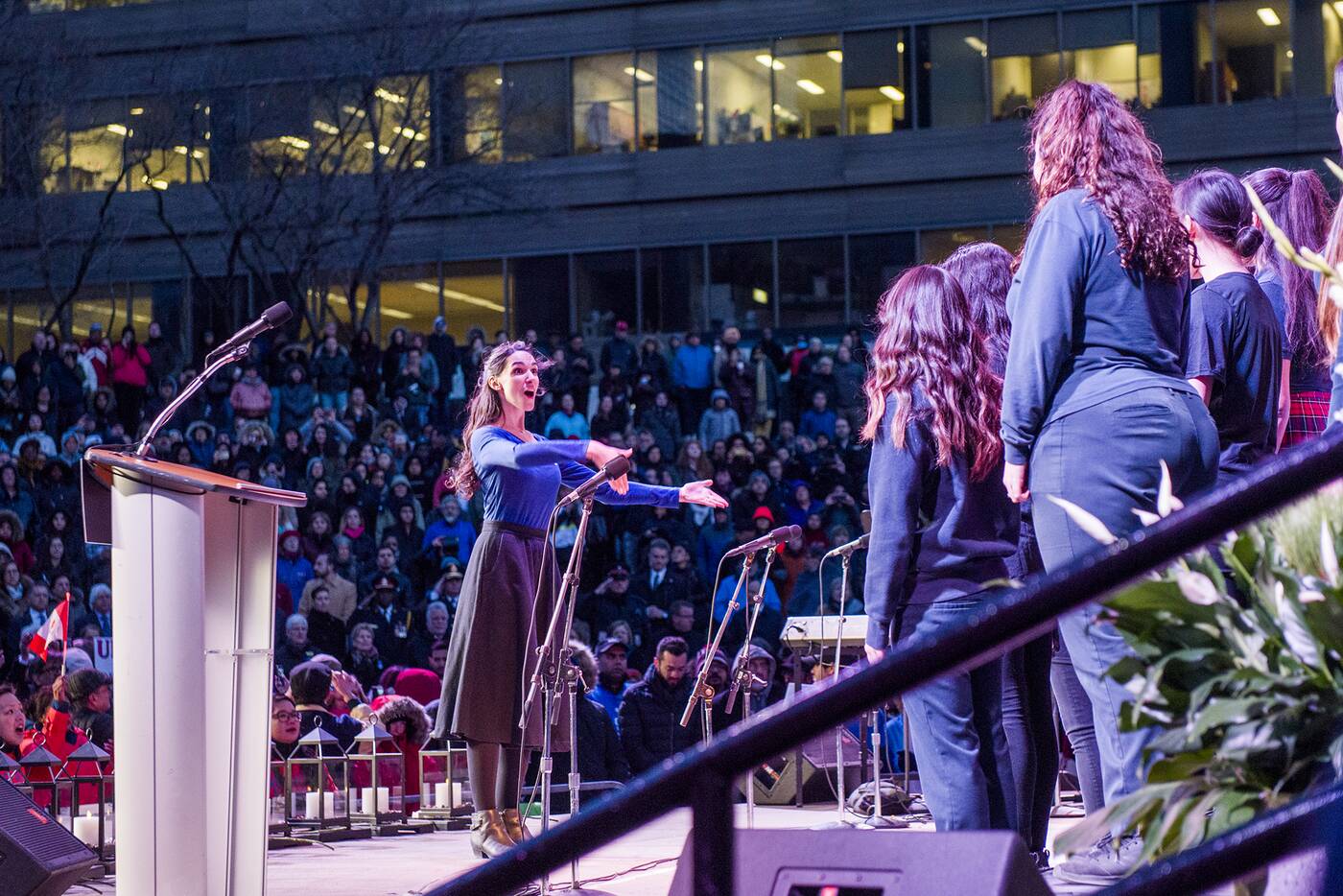 Moving into the evening, candles were lit for each of the victims. 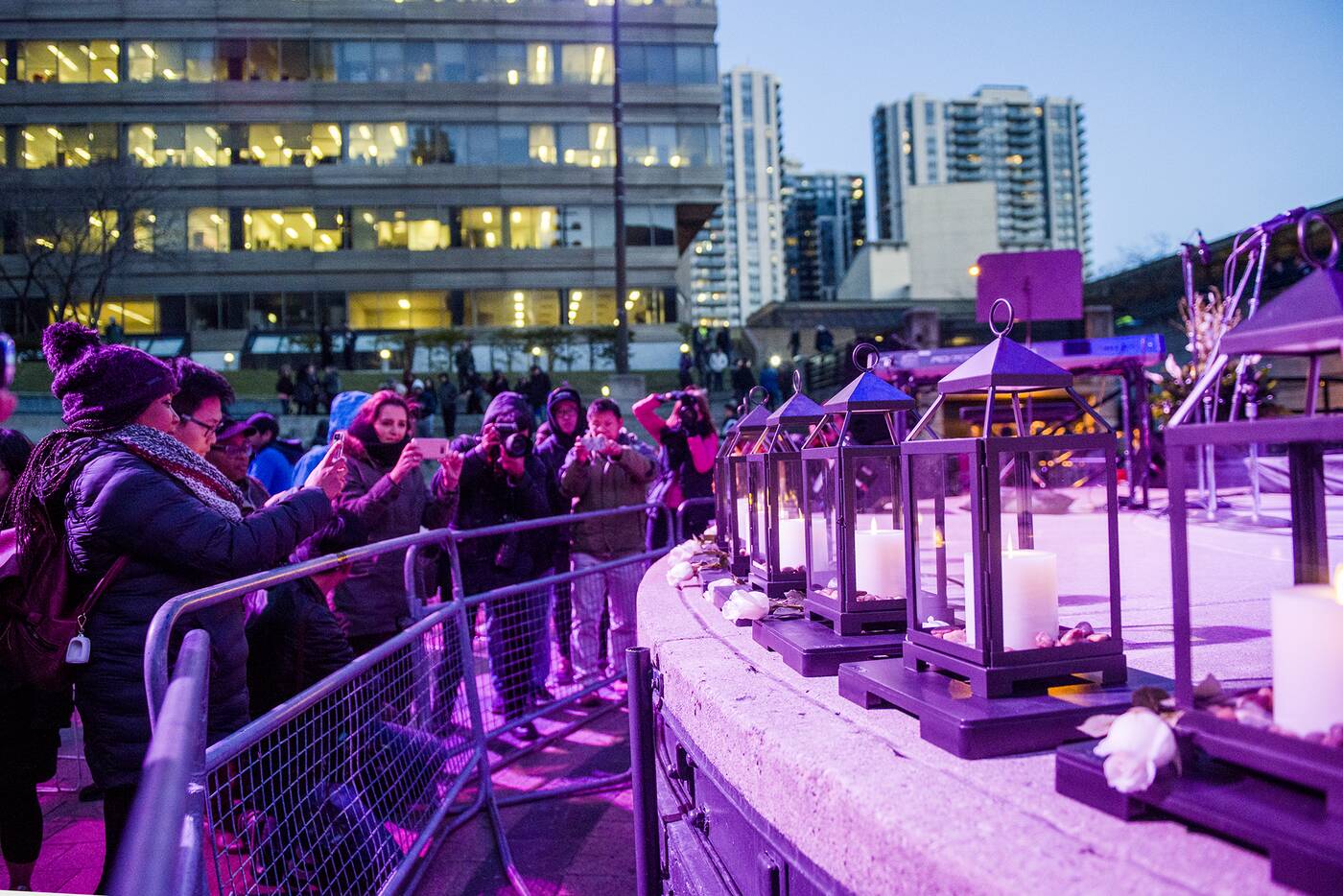 Individual mourners lit candles of their own near where the attack took place. 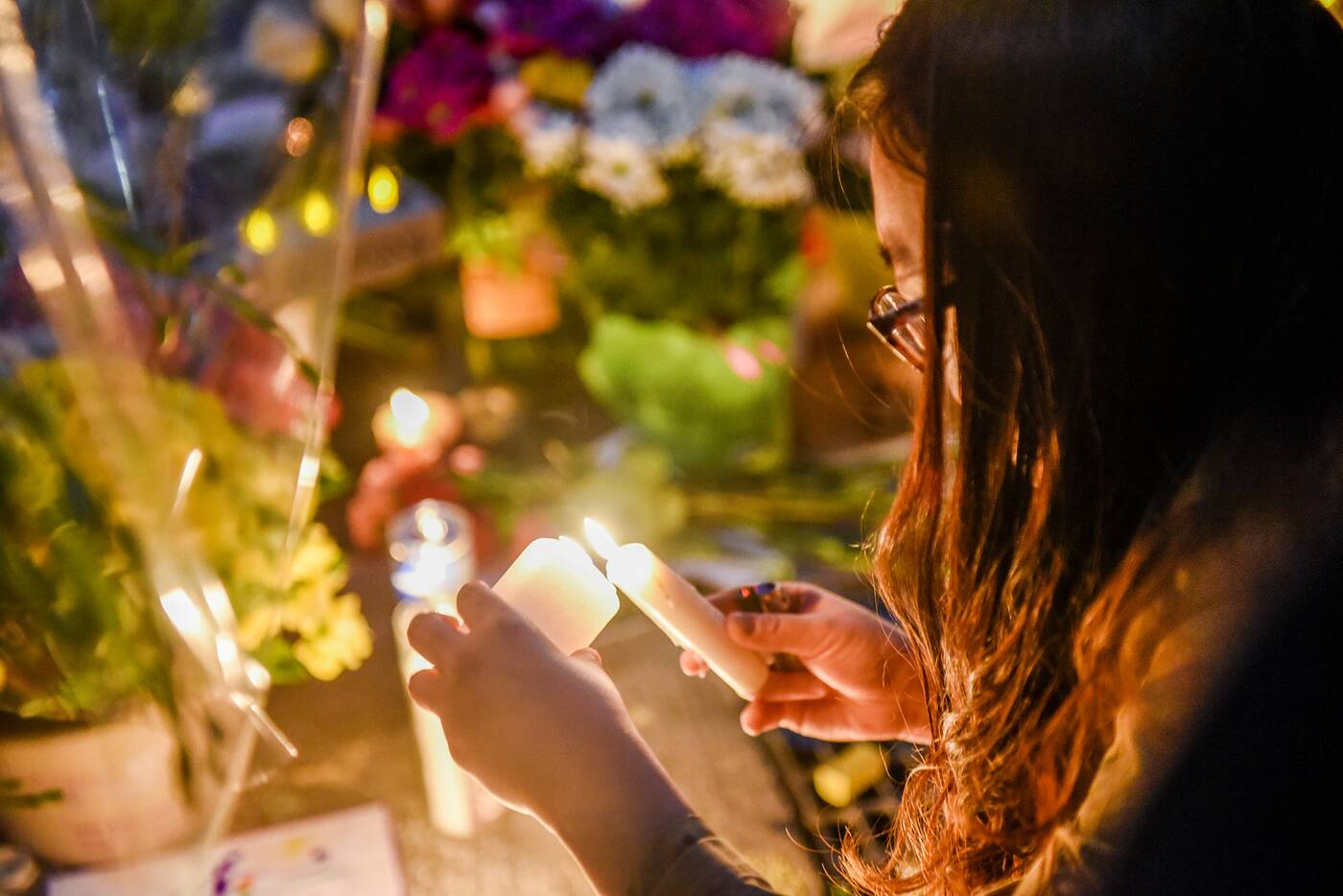 Many brought flowers with them to the vigil and laid them in the same location. 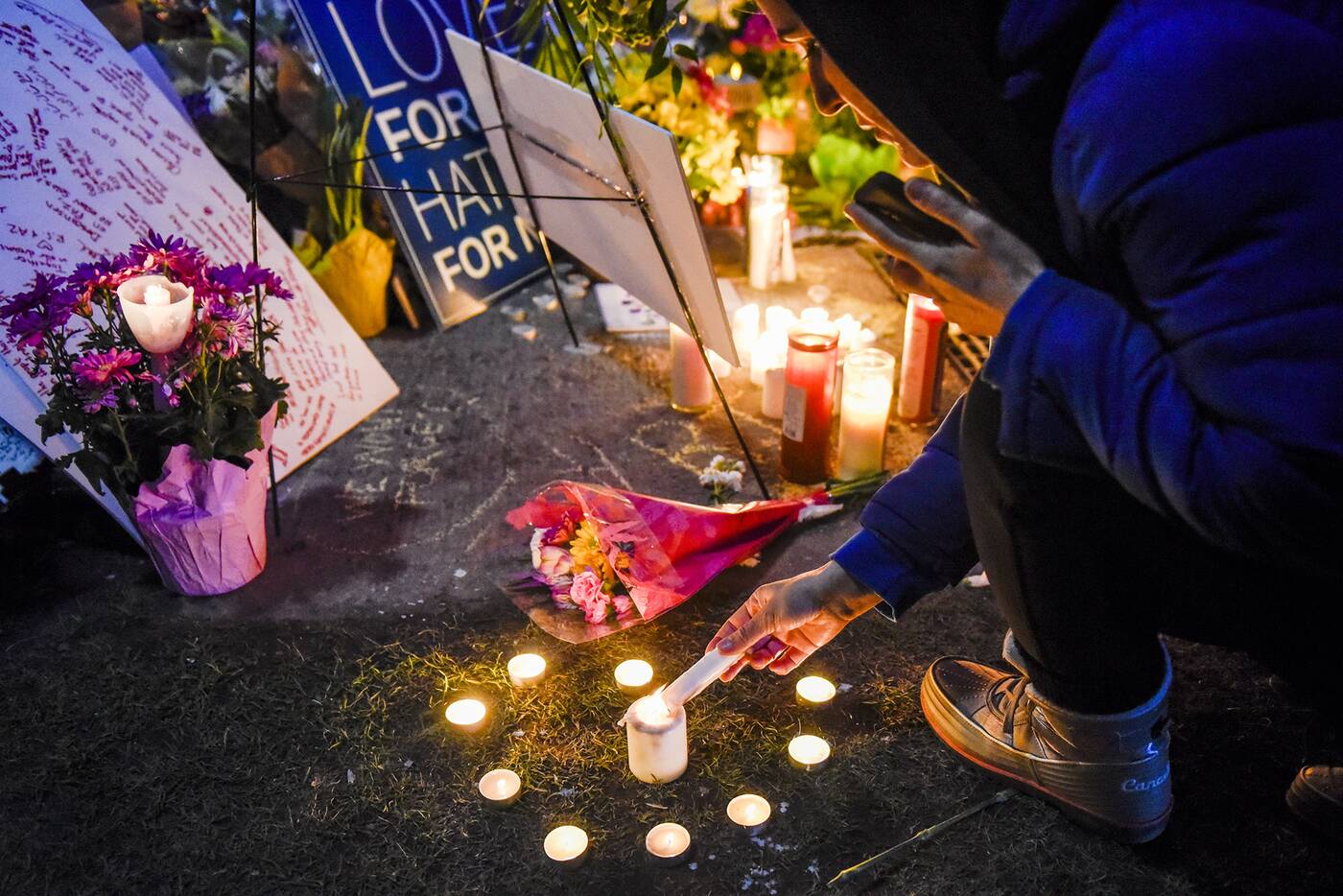 The candles and flowers were placed around a large shrine comprised signs with messages like "Love for all, Hatred for none" and "Toronto Strong." 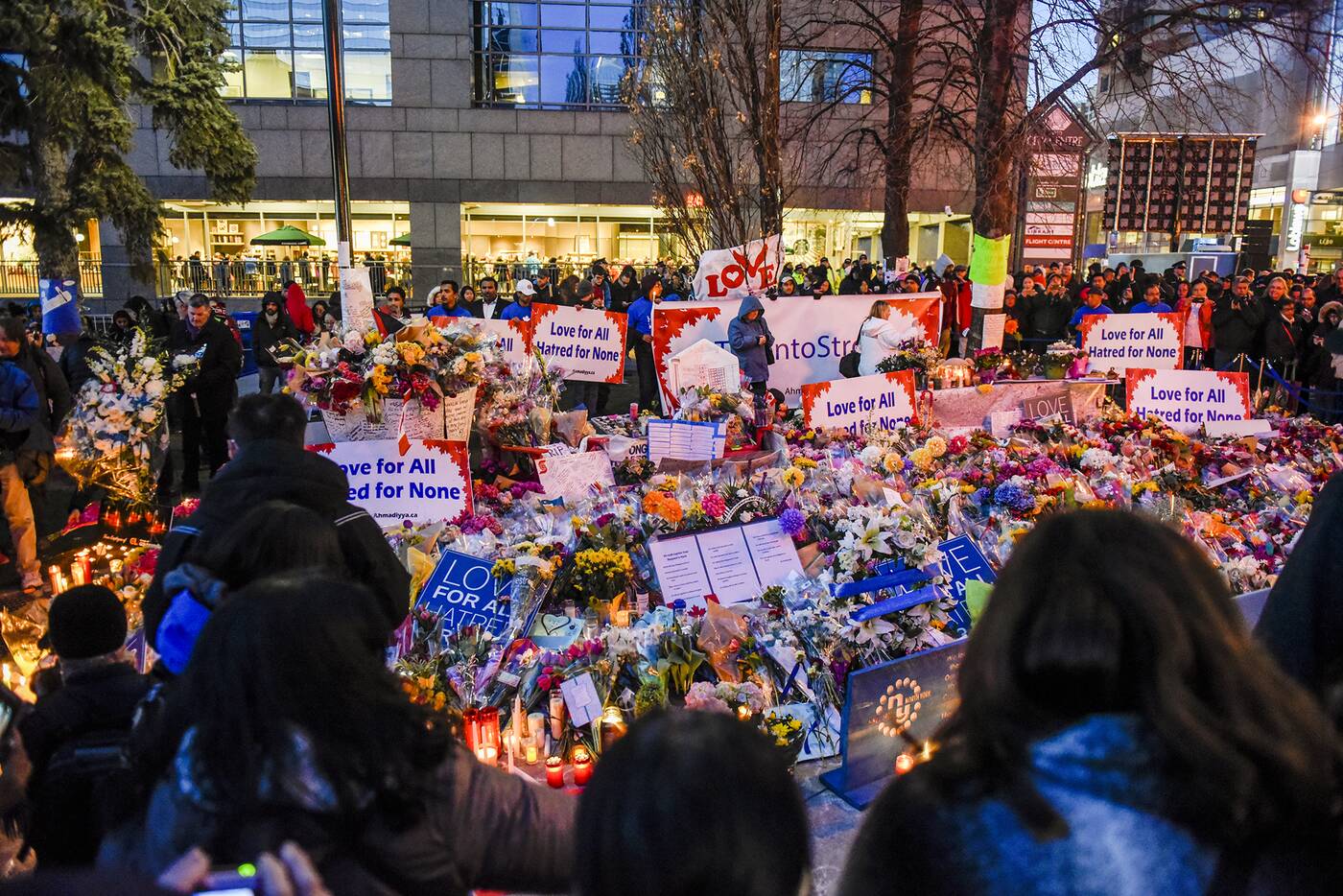 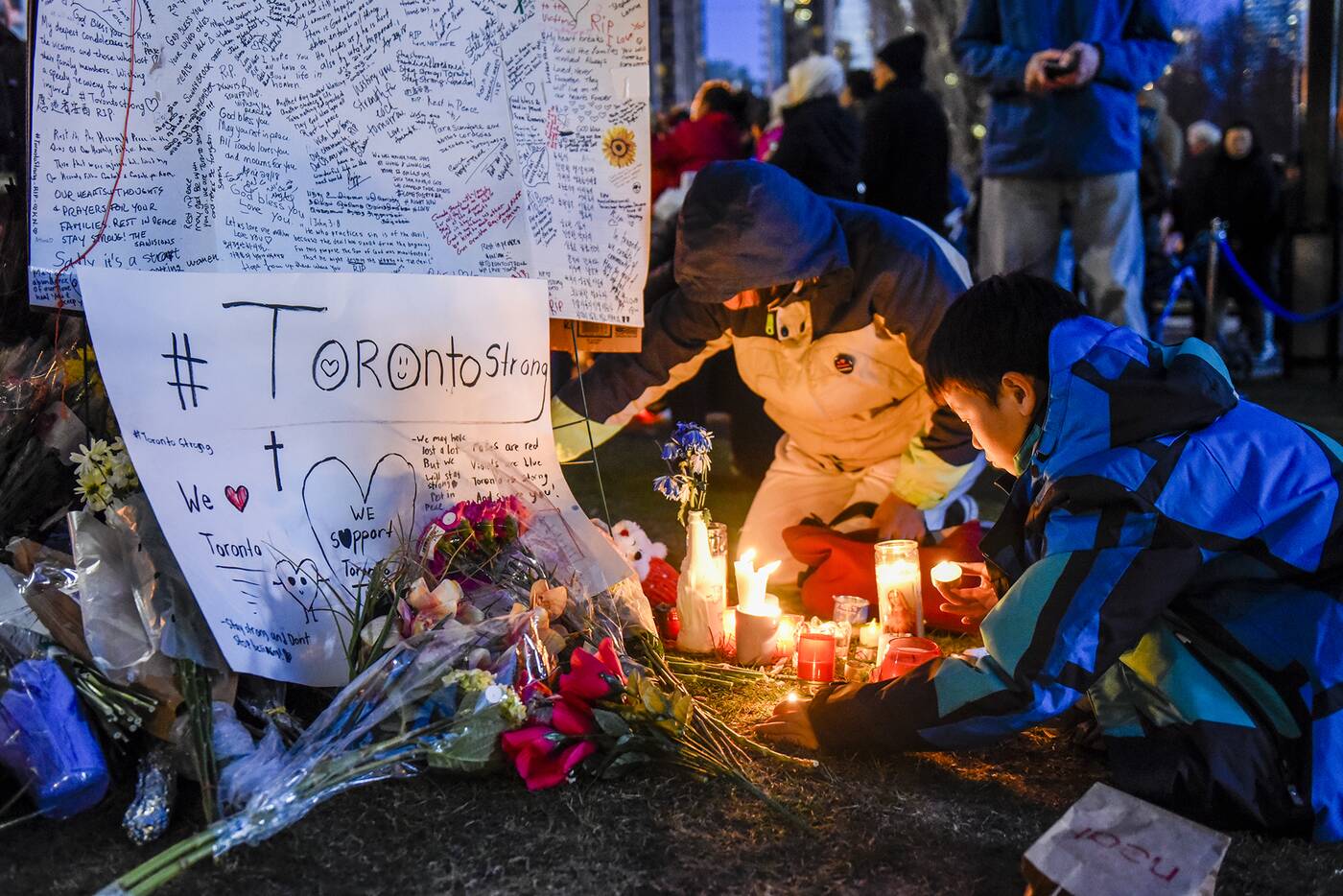 Hundreds of flower bouquets filled a tribute area near Mel Lastman Square on Sunday night, where they will presumably remain for quite some time. 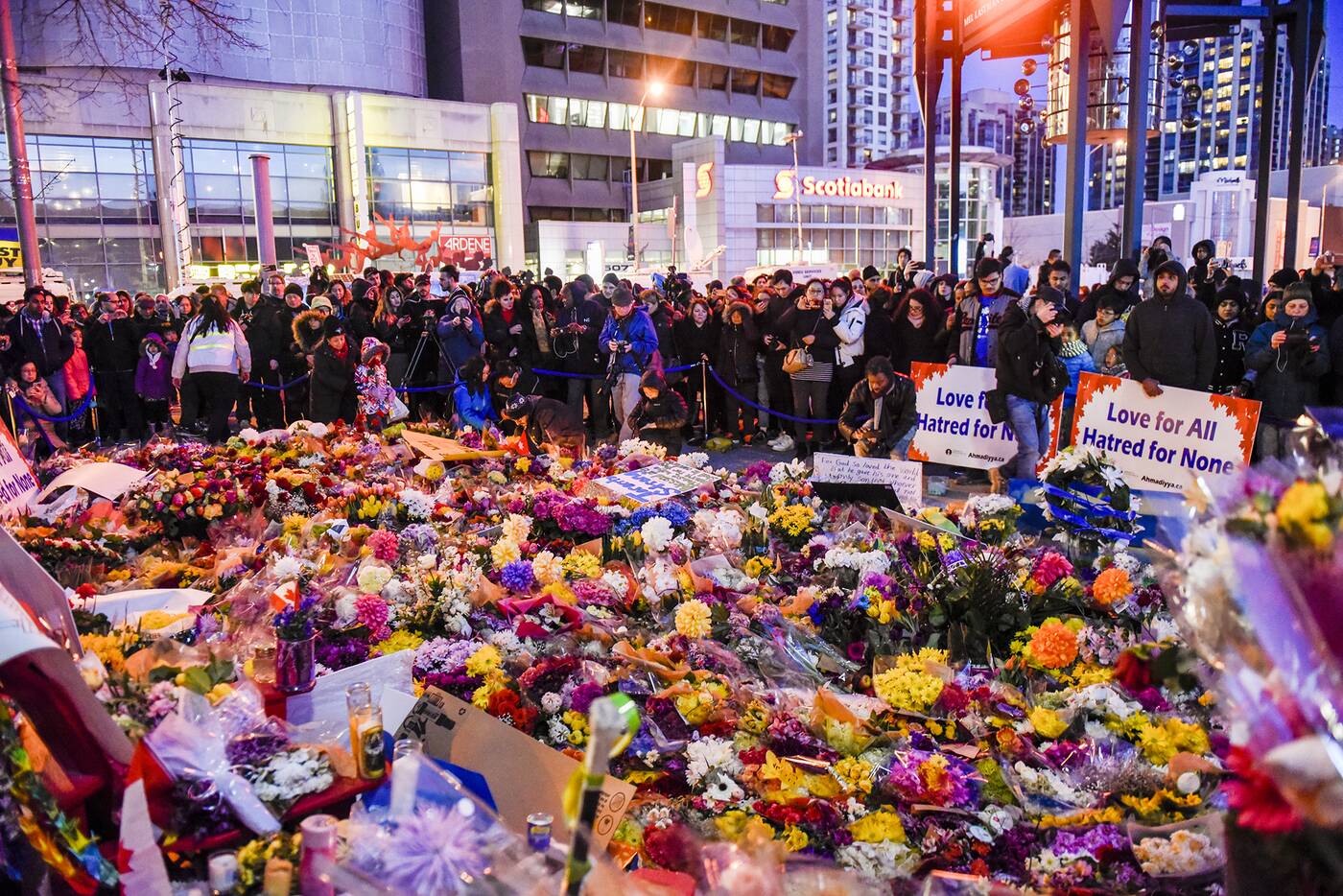