Over $1 million raised for victims of Toronto van attack

The people of Toronto have opened their hearts and wallets en masse this week following a horrific van attack that killed 10 people and injured 15 others near Yonge and Finch on Monday.

At least four of those who were killed during the incident, which saw someone drive a white rental van directly into pedestrians, have now been identified, along with 13 of the injured (five of which remain in critical condition).

People all over the world are reeling as stories of these innocent victims come to light, and many are looking for ways to help their family members cope with the unthinkable.

Mayor John Tory announced on Tuesday night that the city had created its own fundraising campaign in partnership with local charities to support those most affected by the tragedy.

In less than two days, over $700,000 had been donated to the #TorontoStrongFund alone. 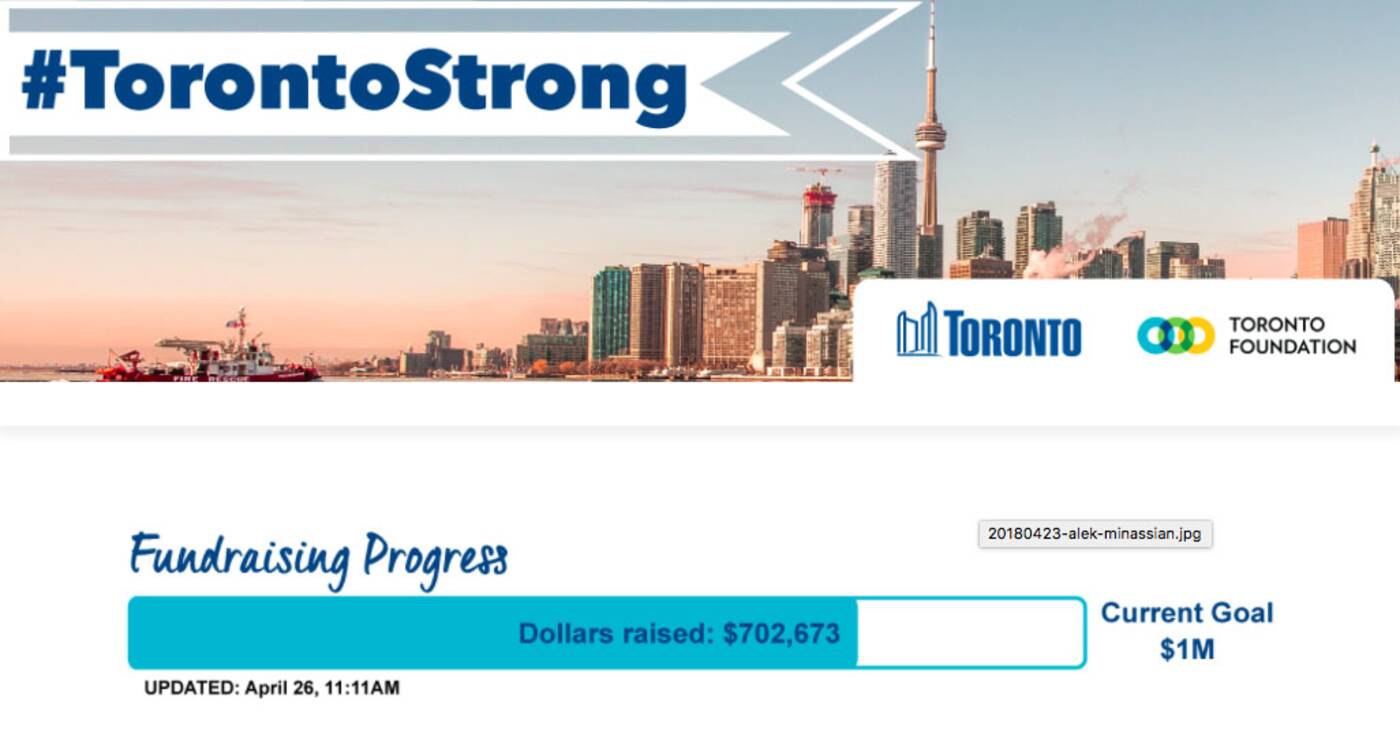 The most recent numbers available from the Toronto Strong campaign show that $702,673 had been raised for victims of the van attack by Thursday morning.

Several GoFundMe campaigns related to the attack and its victims have also been established by local well-wishers.

Just a handful of those campaigns had raised more than $470,000 together as of Thursday afternoon — and that's in addition to money raised through the City of Toronto's fundraiser.

A GoFundMe campaign called Toronto Van Attack Victims Funds, run by the Mississauga-based Muslim community empowerment organization DawaNet, has pulled in nearly $182,000 from more than 3,000 people over the past two days.

Another account was launched just yesterday in memory of Renuka Amarasinghe, a single mother who was killed during Monday's attack and leaves behind a 7-year-old son named Diyon.

That campaign, organized by Scarborough's Lotus Youth Council, has already raised over $225,000 for young Diyon's education and care. 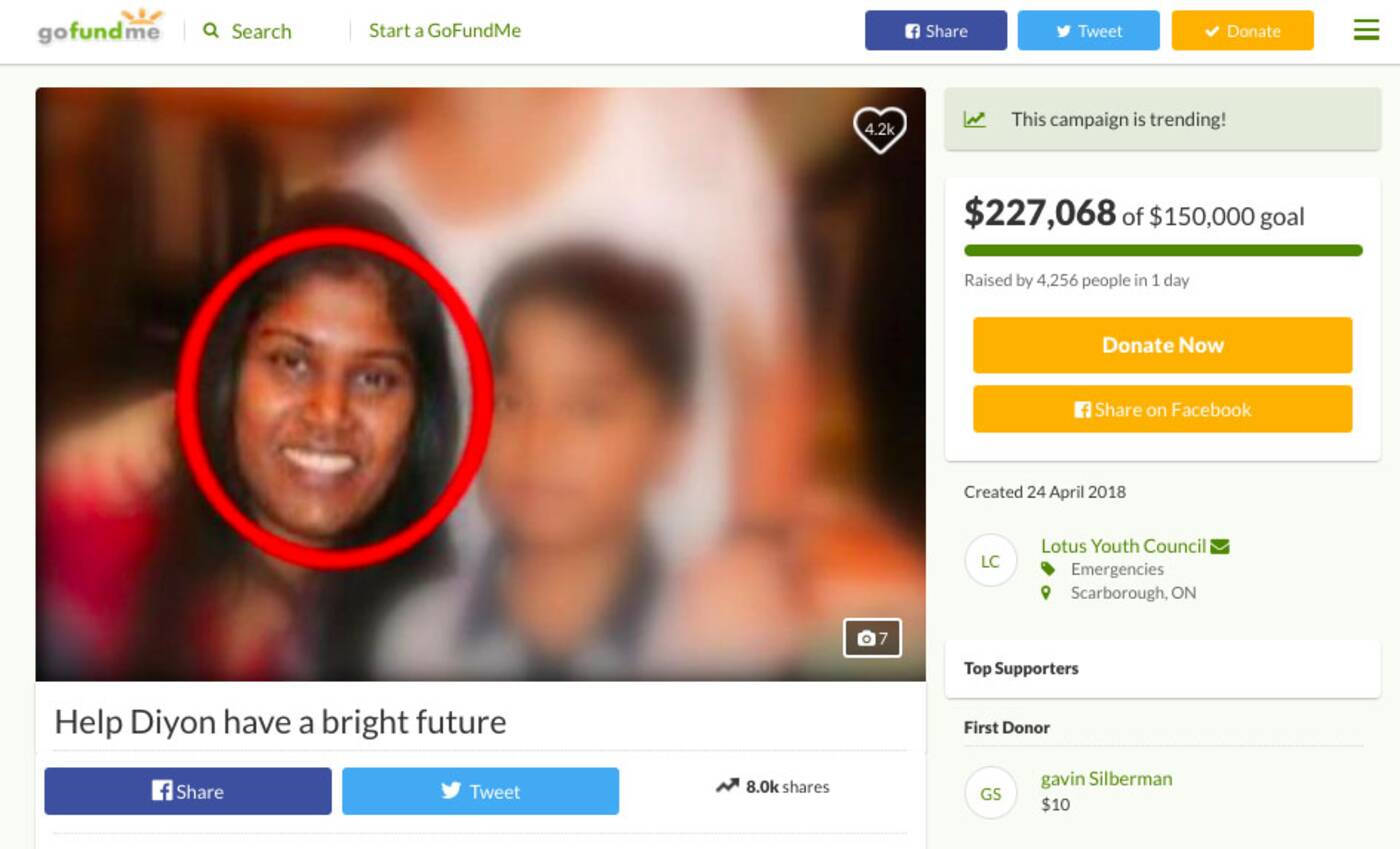 Thousands of people have donated money for the care and education of young Diyon Amarasinghe, who lost his mother in Monday's attack. Screenshot by Lauren O'Neil.

Over $15,000 has been raised similarly to help with funeral and other final costs for Anne Marie D'Amico, who lost her life on Monday.

Injured victims Amaresh Tesfamariam and Amir Kiumarsi have also been pledged roughly $13,000 and $17,000, respectively, through GoFundMe.

I could go on and on, but you get the point. Toronto, like the rest of Canada, is generous and kind. For the most part.

Alek Menassian, 25, of Richmond Hill, was charged Tuesday morning with 10 counts of first-degree murder and 13 counts of attempted murder in connection with the incident. He remains in police custody.

There are now face mask vending machines in Toronto malls

The history of the high-speed TurboTrain in Toronto

Someone just bought a TTC streetcar for their farm

The history of how Toronto created Dundas Street

Toronto photo radar has issued nearly 8,000 tickets so far including one car 8 times