A young Richmond Hill resident is learning first-hand this week how much damage overeager amateur sleuths can do in the wake of a national tragedy.

Alek Minassian was arrested on Monday afternoon following a deadly van attack that killed 10 and injured 15 others near Yonge and Finch in north Toronto.

Alex Minissian (with an x) had nothing to do with the tragedy — but that didn't stop major news outlets from hounding his connections for information.

"Not me. No connection," wrote Alex on Facebook shortly before 6 p.m. Monday evening. "NBC, ABC, CBC, stop harassing my friends and family." 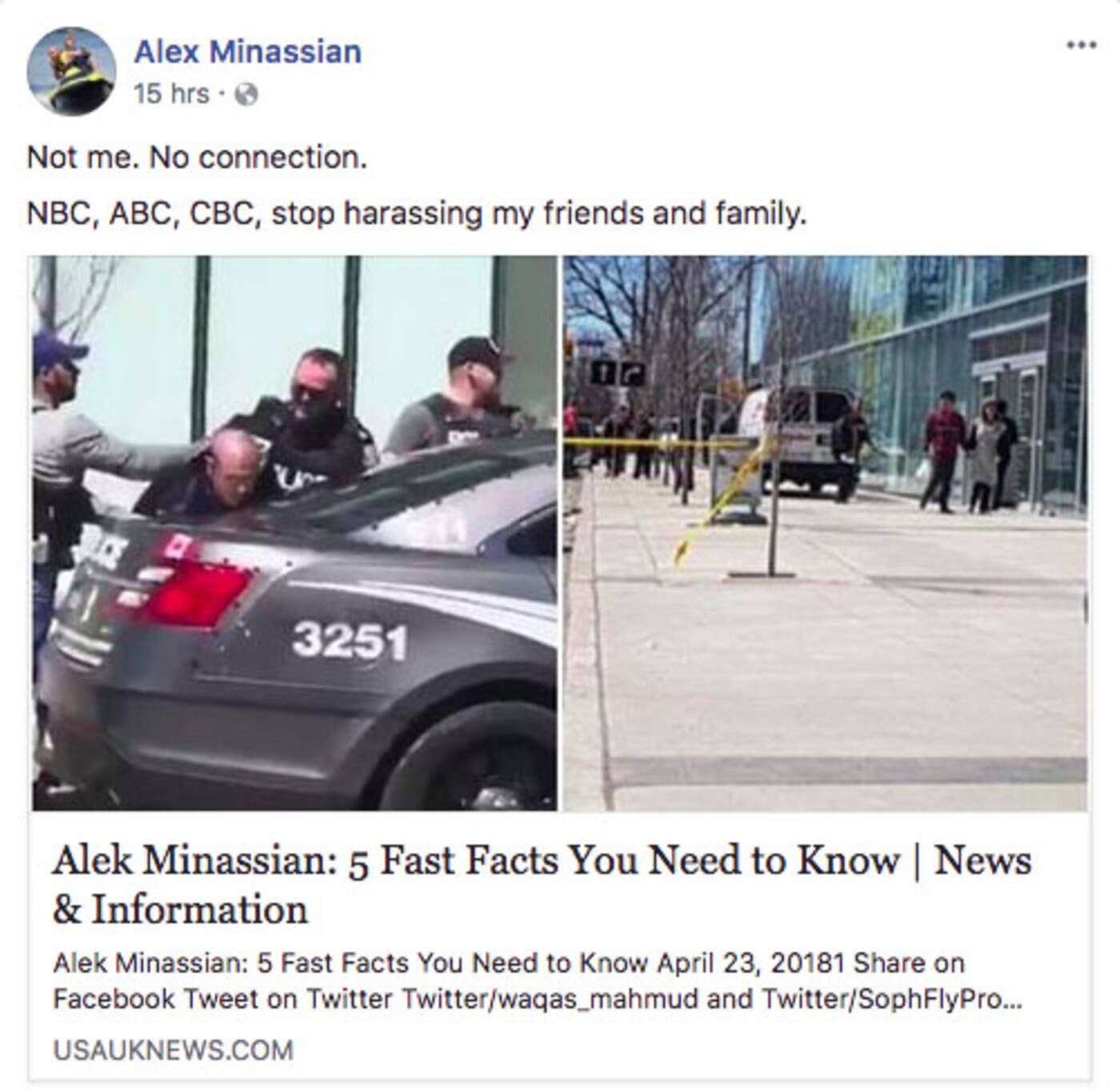 Alex Minassian, 24, of Richmond Hill, had nothing to do with Monday's events. Screenshot of Facebook.

This unfortunate case of mistaken identity can be blamed, in part, on the demographic similarities between 24-year-old Alex and 25-year-old Alek.

Both young men are from Richmond Hill, in their mid 20's, are of Armenian descent and have shaved heads. They're not related, but their names are identical save for one letter.

Compounding the problem was a mispronunciation of the suspect's name on live TV.

Several news outlets were already reporting that "Alex Minissian" was responsible for the attack when police held a press conference to confirm.

That's right — the cops got it wrong too. Toronto Police Service Chief Mark Saunders is said to have misspoke during the press conference, calling the suspect "Alex" instead of "Alek."

TPS updated the public 20 minutes later, writing that "the correct spelling of the arrested male in the Yonge and Finch incident is Alek Minassian."

The correct spelling of the arrested male in the Yonge And Finch incident is Alek Minassian, 25 of Richmond Hill. ^sm

Alex told yorkregion.com that Toronto police called him last night to say they were aware he wasn't behind the attack.

Still, in a world where information spreads fast, a lot of damage had already been done. The name Alex Minassian still appears all over the web in connection with the incident.

"Not knowing how people have my name can be worrying," said Alex on Monday night. "My name was given out to news media before the police even had a conference to confirm."

Minassian explained that his surname is fairly common among Armenians, of which there are roughly 120,000 in the GTA.

"It hasn't been easy on my family," he said, "but my sympathies are with the real victims of this incident." 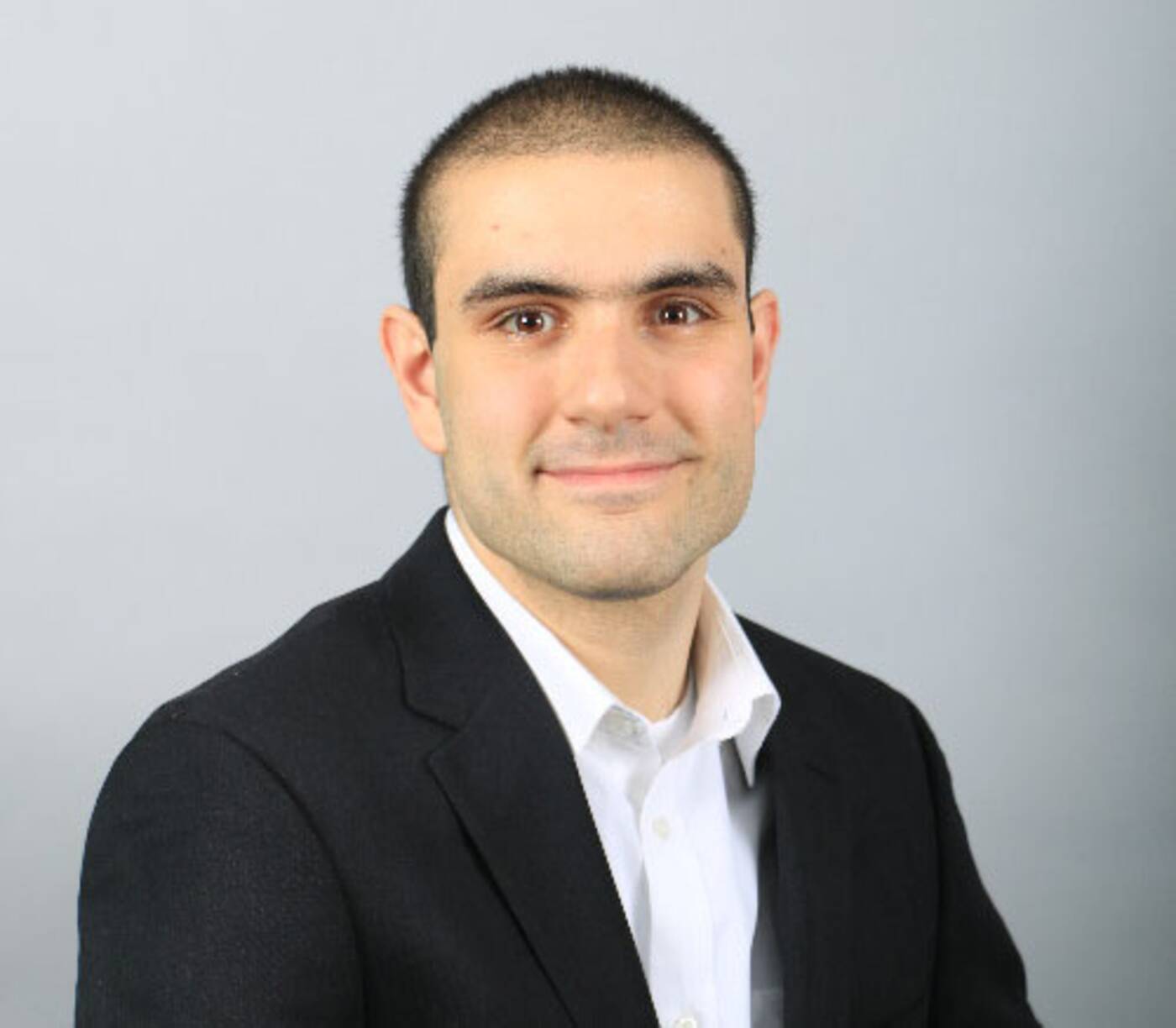 Alek Minassian, pictured, is in police custody and expected to appear in court Tuesday morning. Photo via Linkedin.

The investigation into Monday's attack is expected to continue for some time, with Yonge Street being closed down between Finch and Sheppard for days.

Alek Minassian, who is a Seneca College student according to a widely-shared Linkedin page, appeared in court on Tuesday morning where he was charged with 10 counts of first degree murder and 13 counts of attempted murder.

A motive for the incident has yet to be released, but federal public safety minister Ralph Goodale maintains that Monday's events "do not appear to be connected in any way to national security."