Toronto's real estate market is in a tricky spot. With prices still soaring even as sales have dipped, the city's housing market has earned it the dubious distinction of being the most at risk for experiencing a real estate bubble.

According to a new report from Visual Captialist, when compared with several other global cities, Toronto tops the list for real estate markets that are most at risk of a bubble. 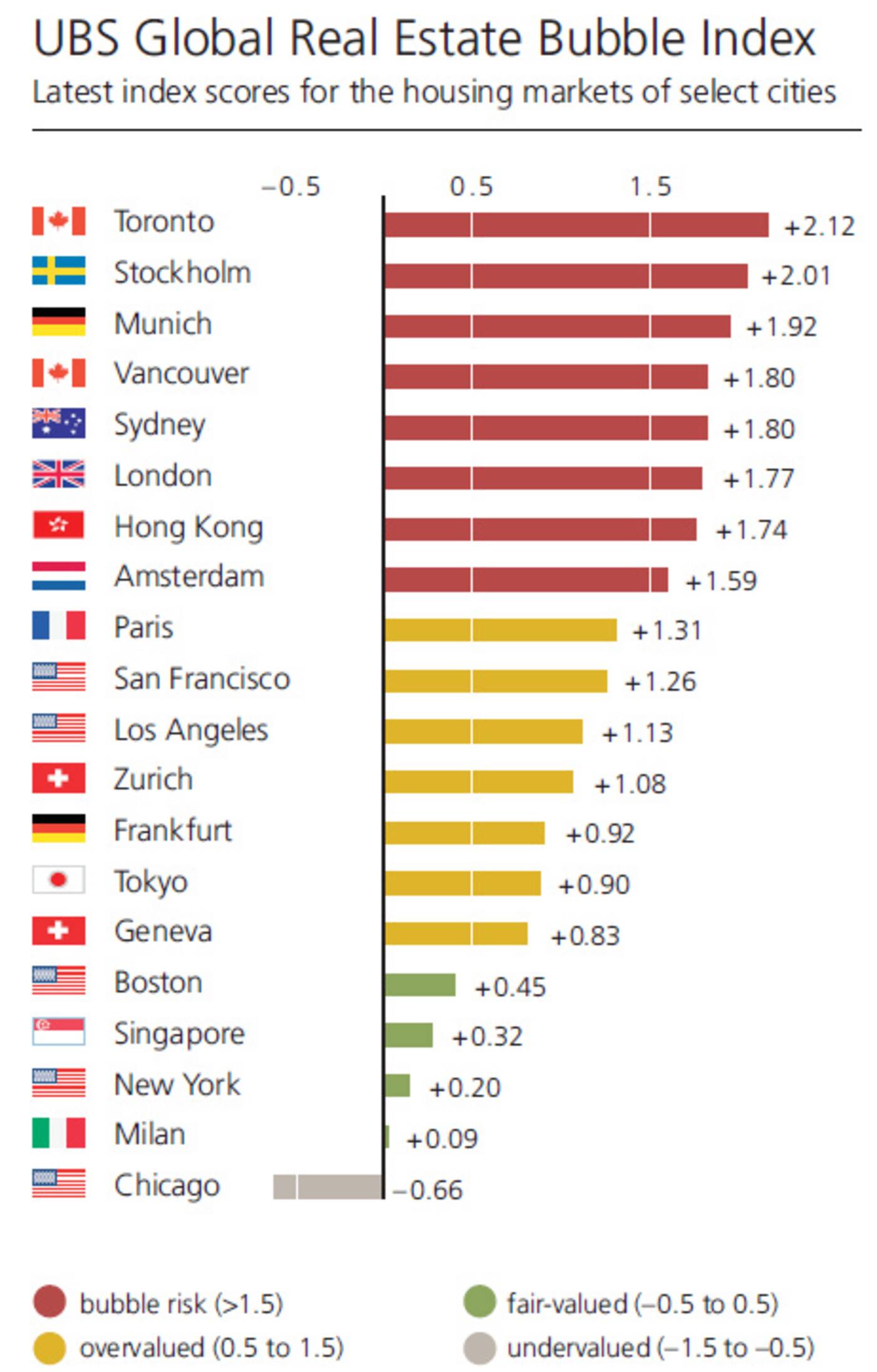 Data complied from the UBS Global Real Estate Bubble Index shows that last year, Toronto's real estate market, when tracked for bubble risk, scored 2.21 past the middle mark, well beyond anything that could be considered sustainable.

The data looked at several global cities, and concluded that among the top eight considered to be financial capitals, Toronto's real estate market had the highest housing prices when compared to annual inflation rates. 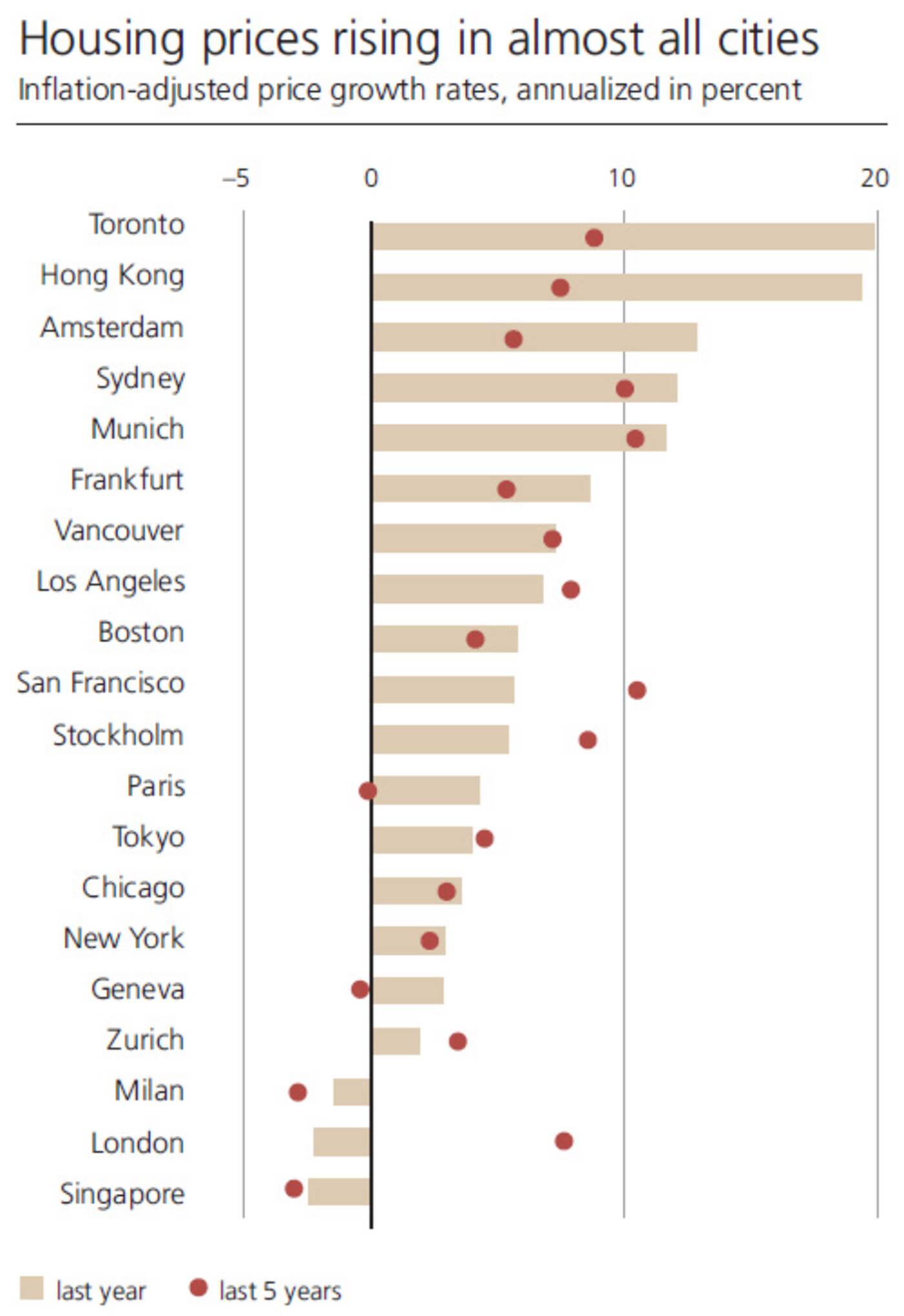 Houses in Toronto are some of the most expensive among other global cities. Image courtesy of Visual Capitalist.

None of this should come as a huge surprise to anyone who followed the events of Toronto's housing market over the past year. While at times it seems like the market has cooled, data shows that prices continue to rise in a trend that is expected to continue over the next decade.