Not many people can afford airplane hanger-like spaces to call home, but for anyone who's ever dreamed of living in converted industrial loft, there's always Airbnb. 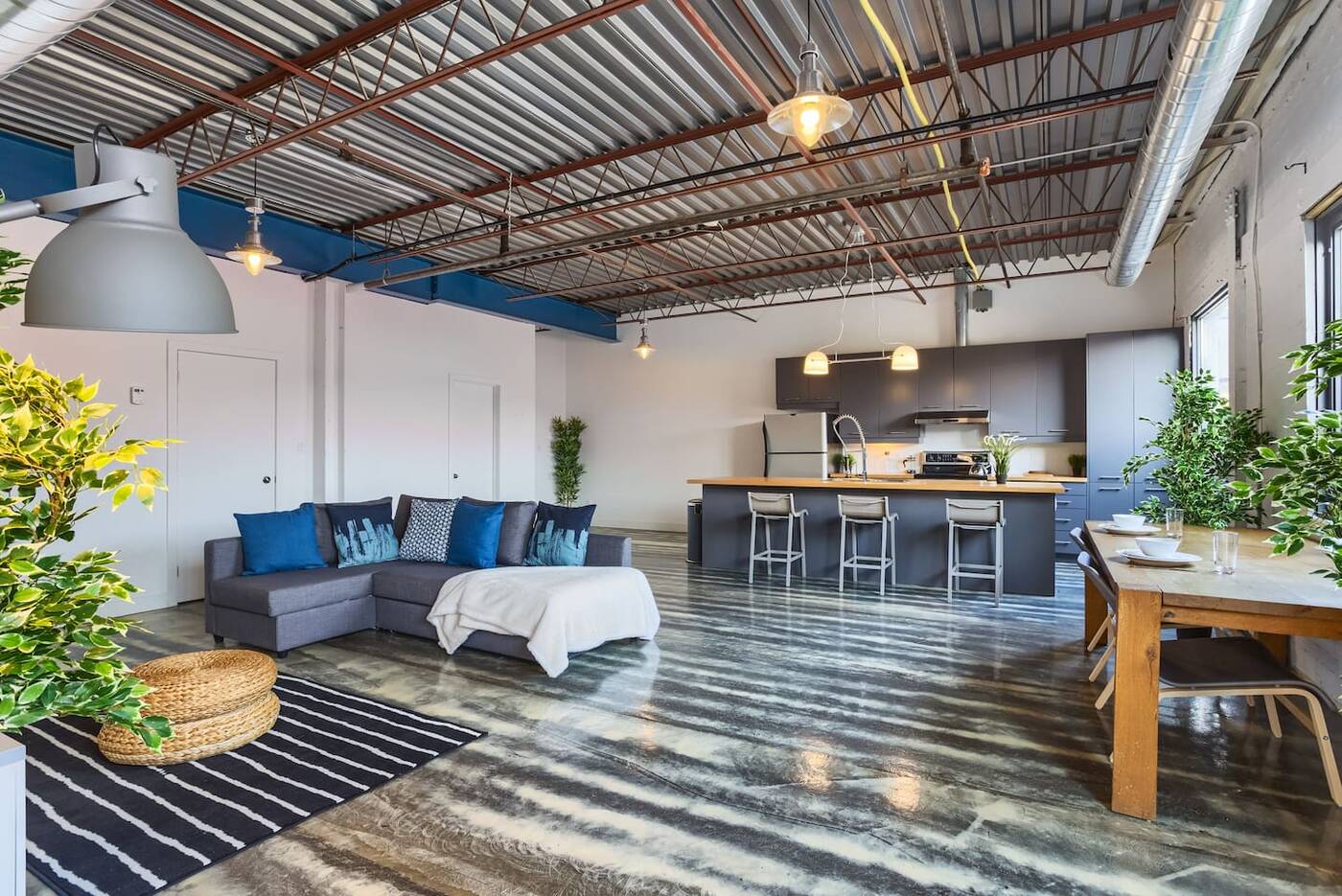 I can think of a few scenarios that would make this enormous hard loft near Dufferin and Geary attractive to temporary renters. While it's the very opposite of cozy, someone travelling with big numbers would surely be enticed by the fact that it comfortably sleeps seven for roughly $150 a night. 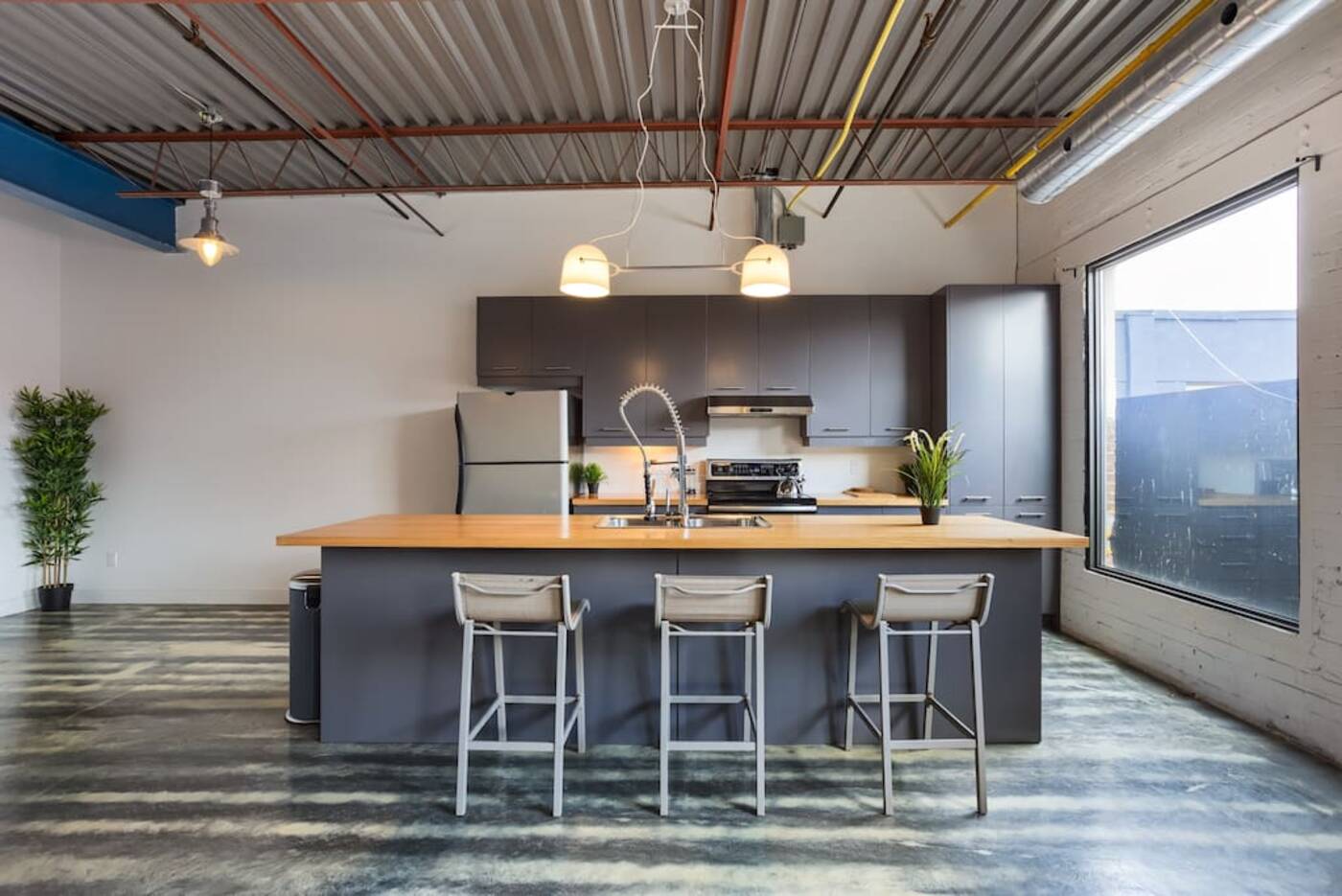 It'd also be rather friendly to photographers looking for a space that goes beyond the conventional studio. Or perhaps someone with a 600 square foot condo might imagine a staycation in a spot with floor space to spare. 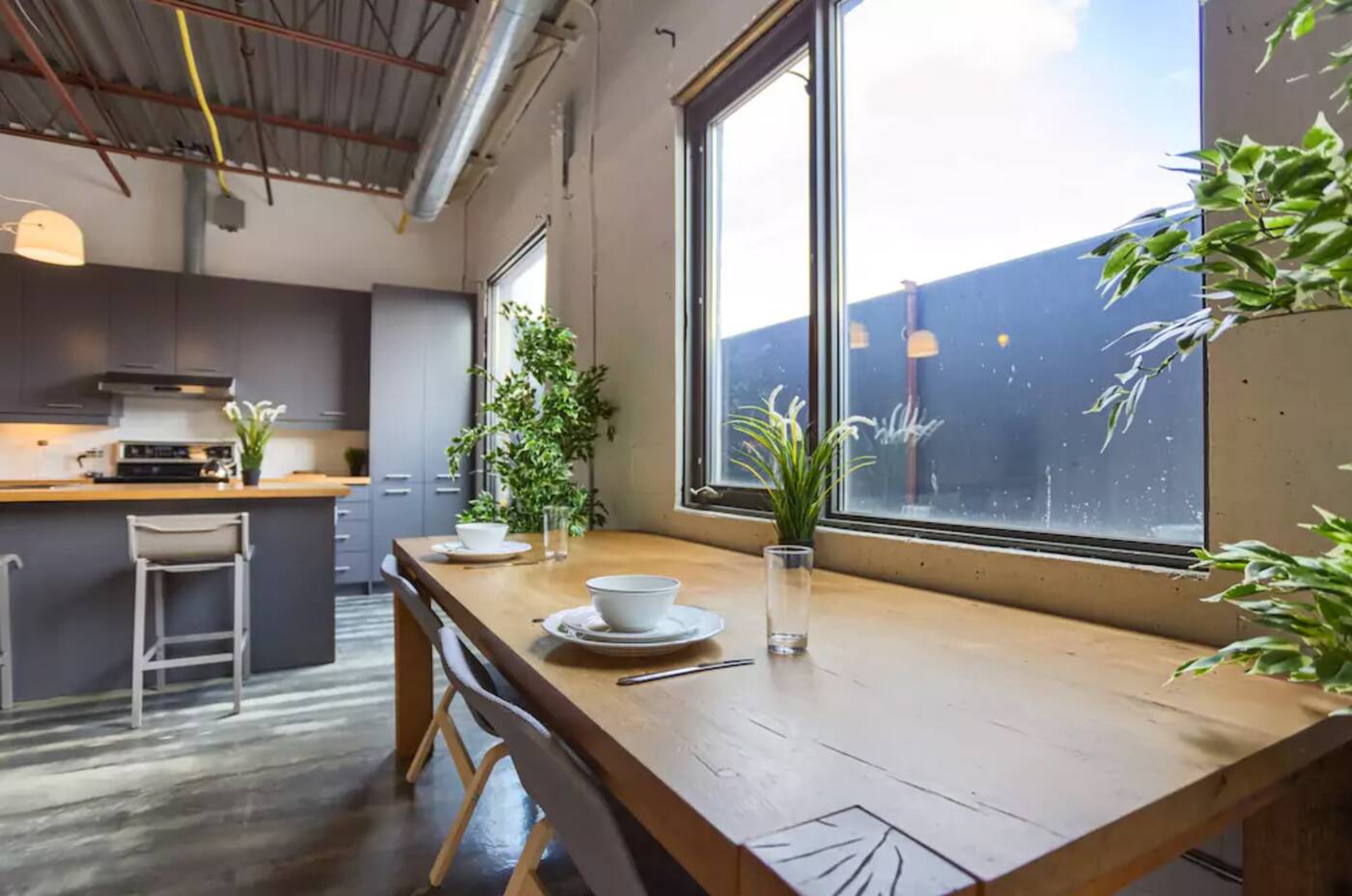 Obviously it'd be amazing for a party, but a quick check of the rules indicates that those are forbidden, so that's out. Personally, I'd like to cook in the open concept kitchen, which looks like it comes right out of a television studio. 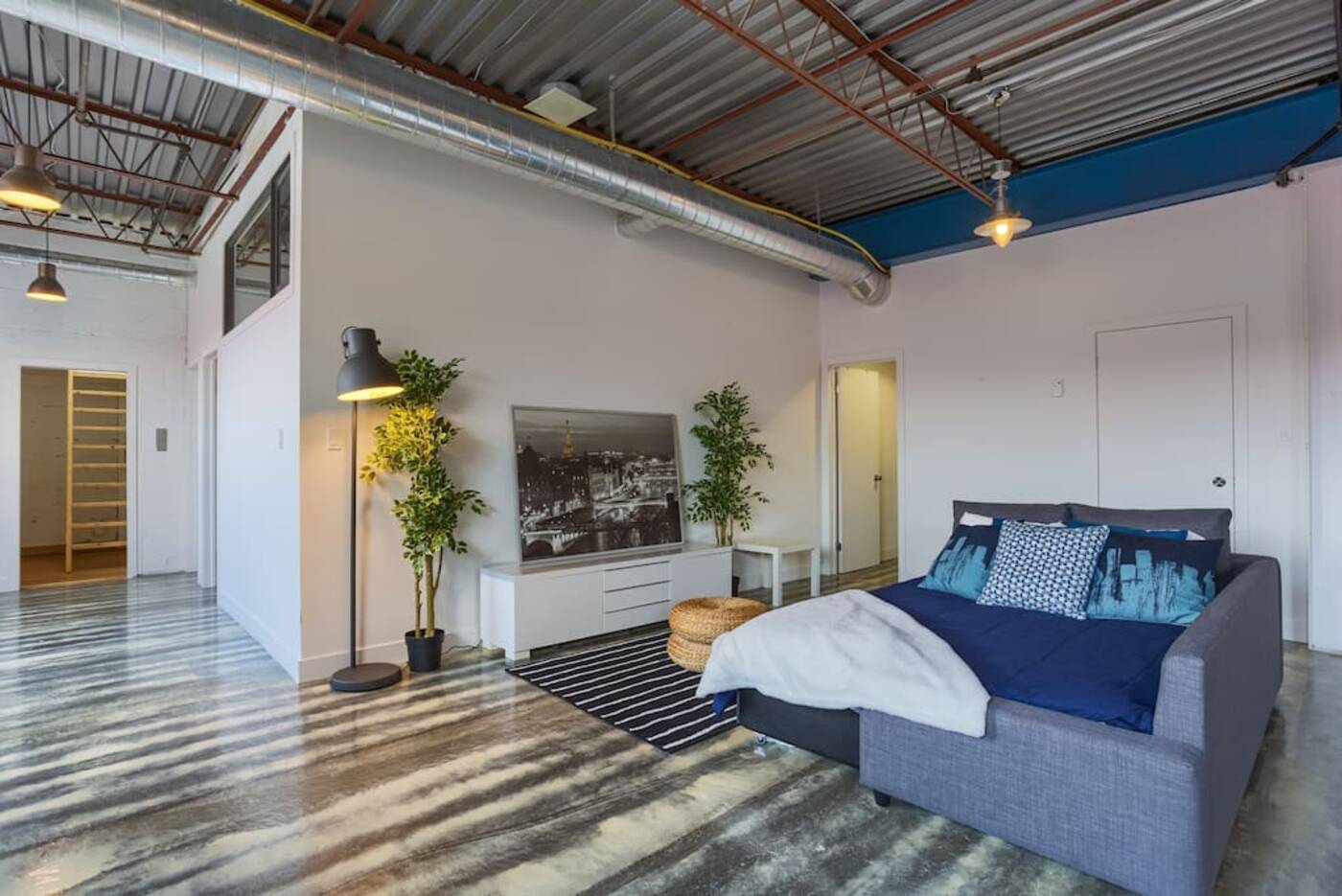 There's surely a host of possible uses that I'm failing to imagine, but the selling point is obvious: it's rare to see a loft of this size available to rent in Toronto at this price, especially one with slick floors and modern finishes. 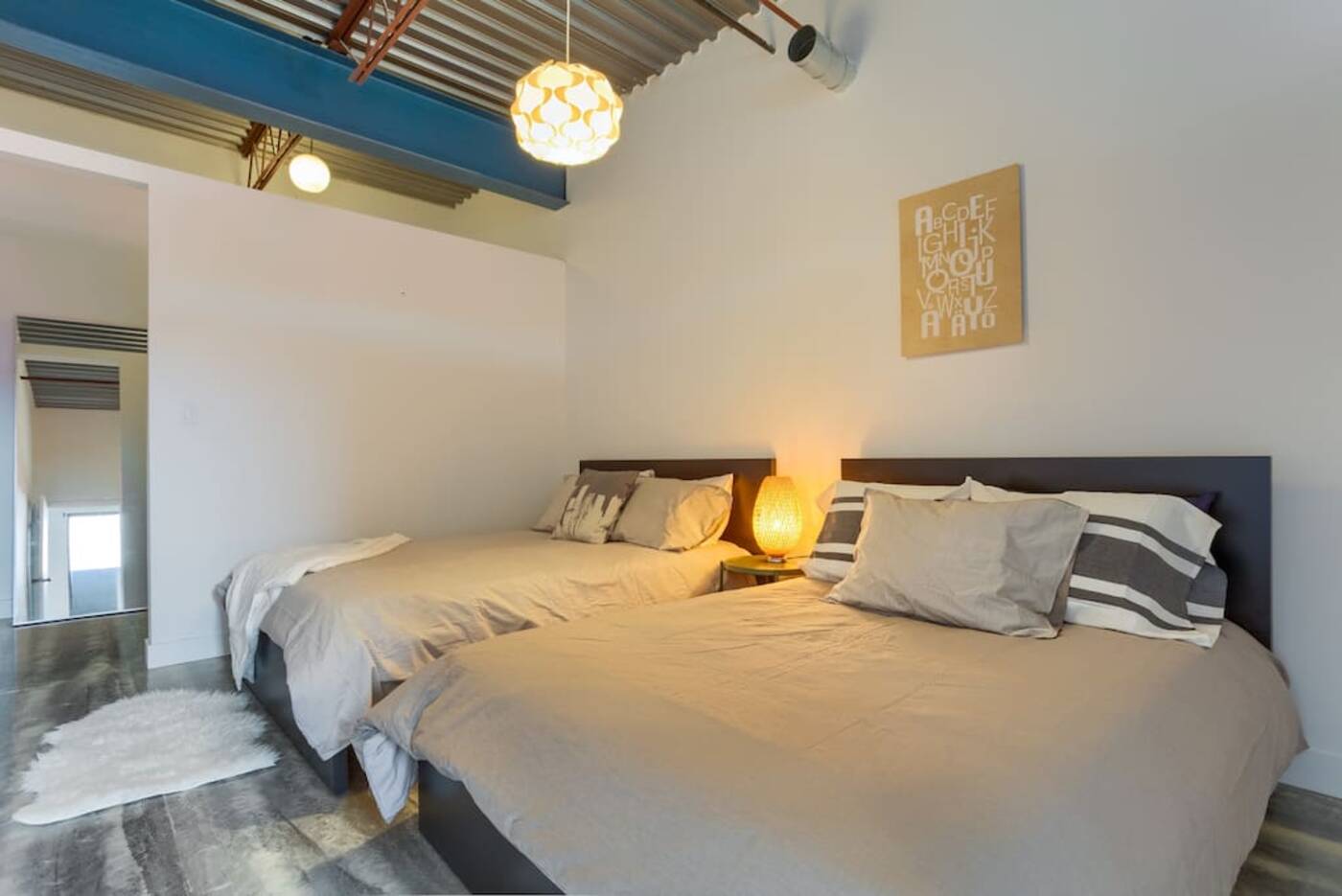 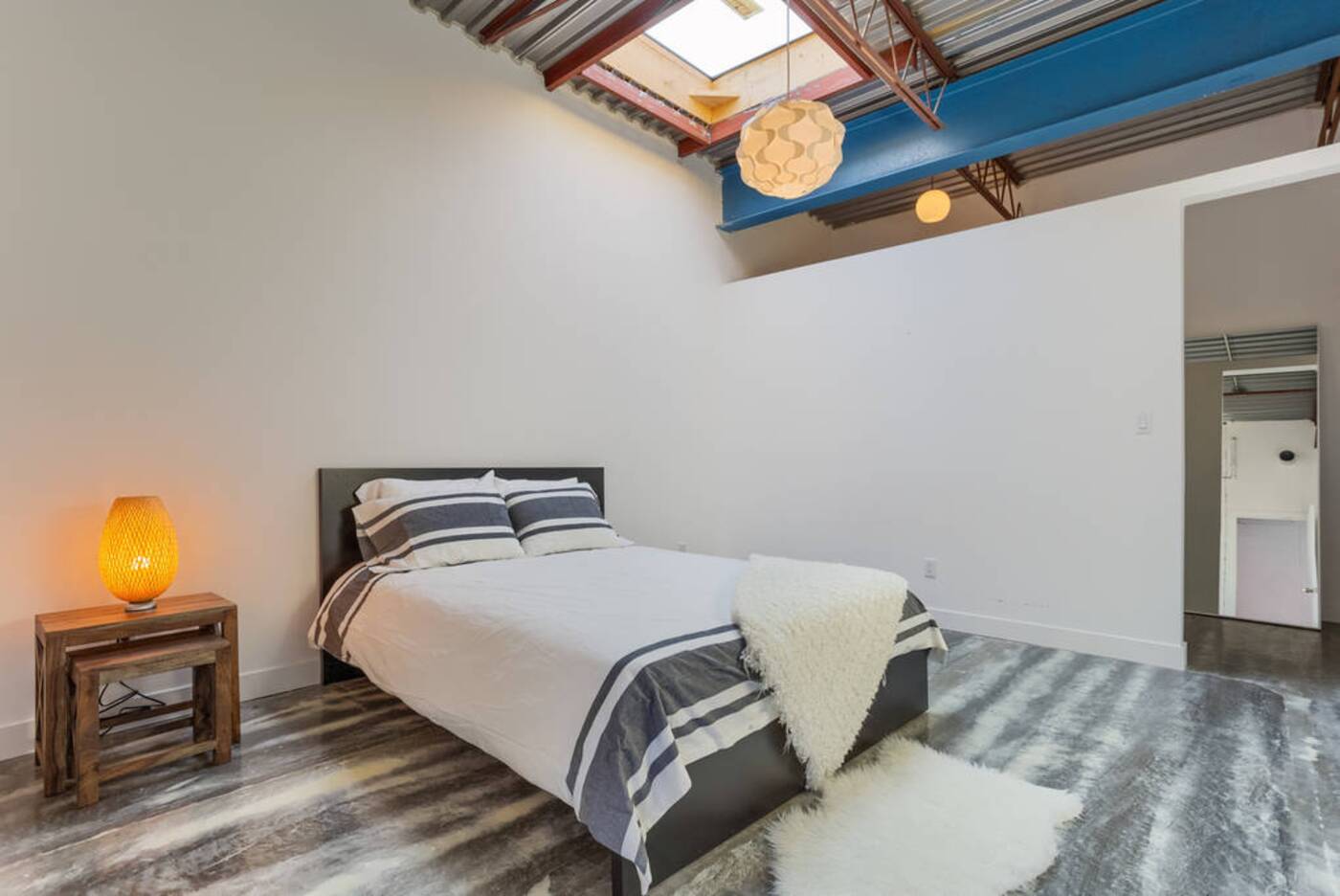 What's the best feature of the space?

Um, the fact that you could play a game of pick up basketball within its walls. With three bedrooms and a huge living area, the square footage really sets this one apart. 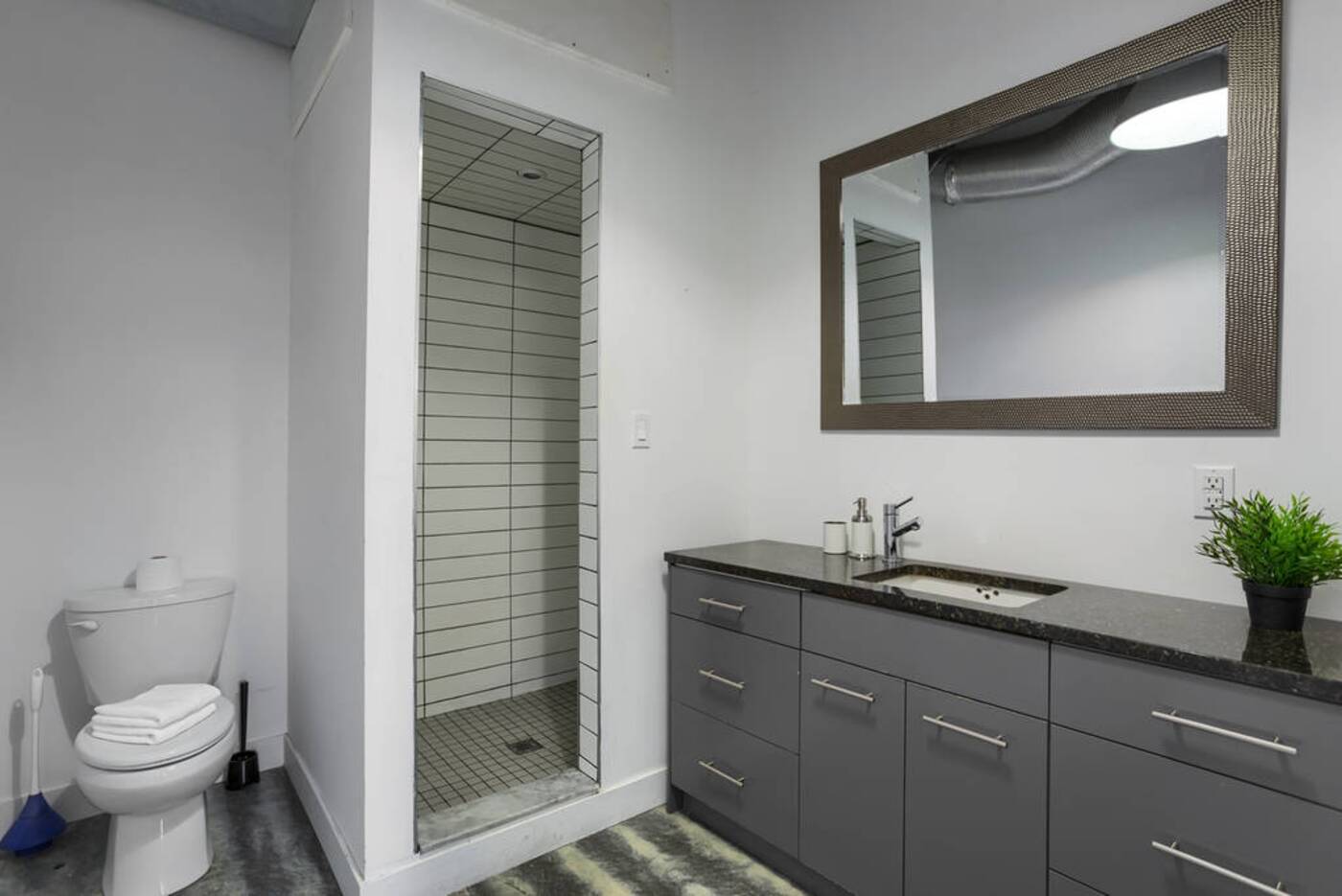 There's only one washroom. It sleeps seven, so you might get a lineup if everyone needs to use the loo at the same time.