Toronto's going to be an icy mess this weekend

Just when it looked like we were finally moving on from the bitter cold snap that rang in 2018, Environment Canada has issued a new, special weather statement for the City of Toronto.

Mild weather is on tap for Thursday, when temperatures are expected to hit a positively steamy 9 C. Friday morning doesn't look terrible either with a forecasted high of 1 C.

On Friday night, however, the picture changes drastically.

Nighttime lows of -17 C are expected all weekend, which means that today's melt (and rain) will be tomorrow's ice. 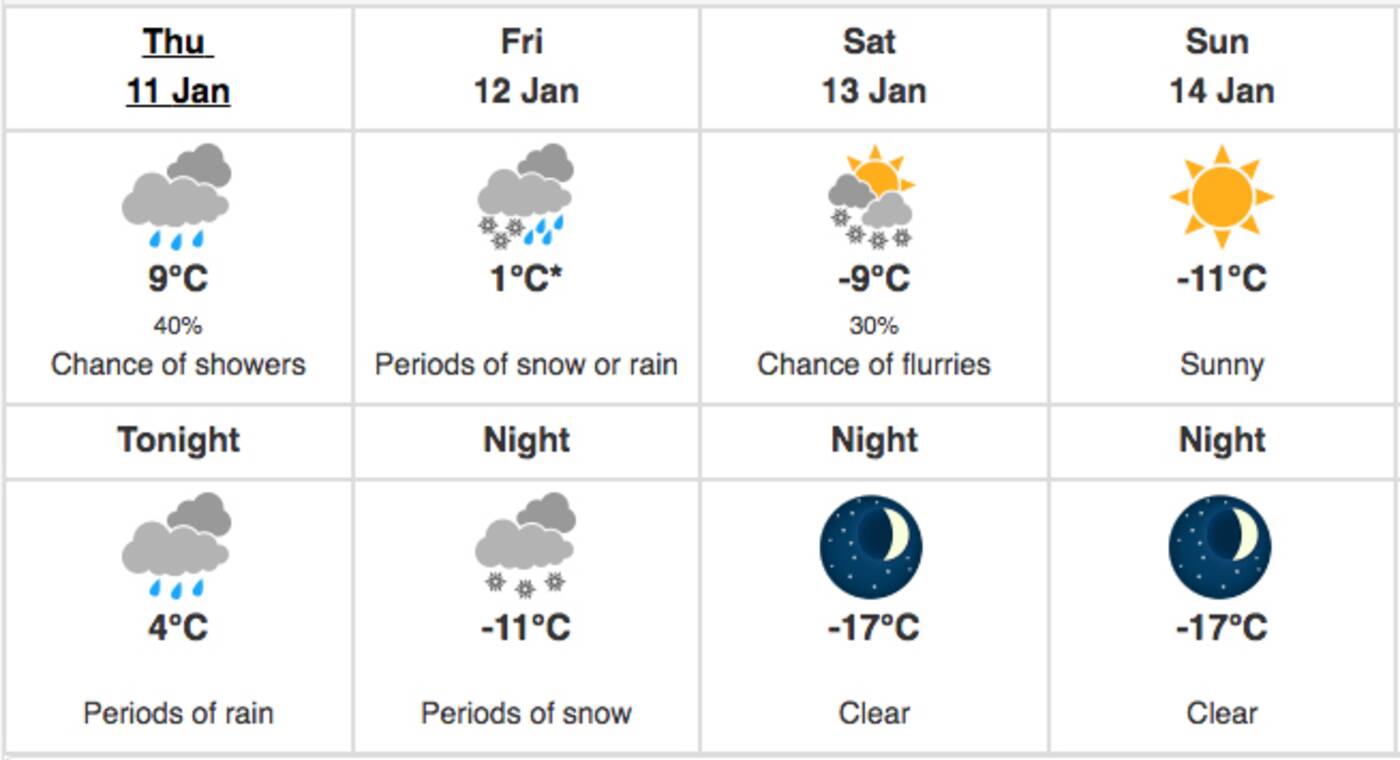 "A general rainfall of 10 to 20 mm appears likely, although some areas may see higher amounts," warns Environment Canada.

"This rainfall in combination with the melting snowpack may result in pooling of water on roads and low-lying areas."

The federal weather agency says that "a very strong cold front" will move into the region on Friday, "bringing an abrupt end to the mild spell."

Rain will turn into snow with a risk of freezing rain as the chill takes hold, making icy roads and sidewalks virtually inevitable.

Sounds like another great weekend for hiding inside. Good times, January. Good times.