You've probably never heard of it, but microtransit is about to be the hottest trend this season thanks to the TTC's new Community Bus pilot project.

The buses, a form of microtransit we might be seeing more of, function similar to regular buses in terms of fare rates. They're designated to specific areas of the city and offer service to local destinations only including community centres, hospitals, libraries and grocery stores. 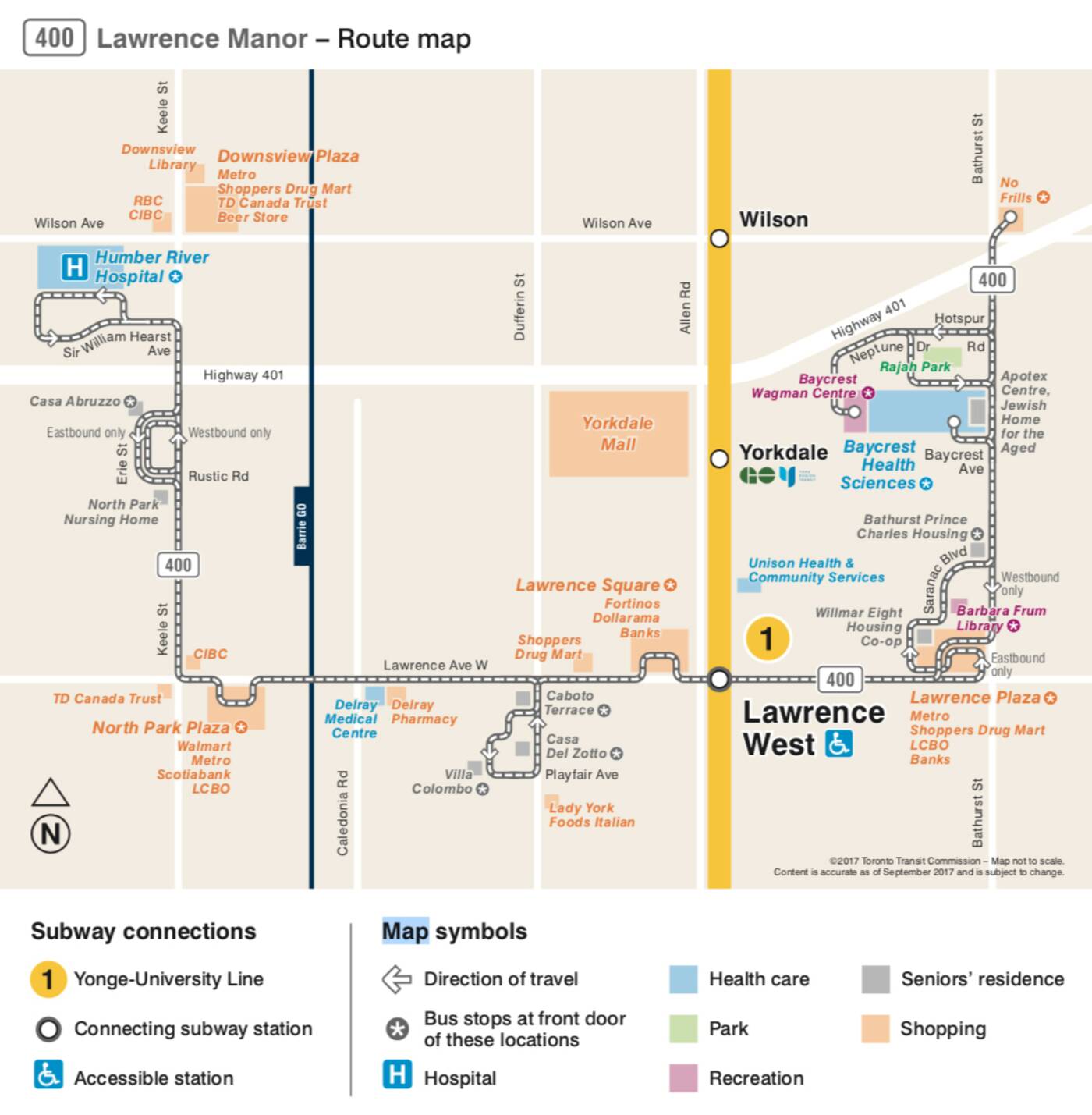 While we were swept up in the fervor of other big-named transit projects, the TTC quietly launched a Community Bus pilot project back in September that would see service improvements on two of the existing routes. Today Mayor John Tory and TTC Chair Josh Colle spoke more about the project.

TTC Chair Josh Colle & I rode the 400 Lawrence Manor community bus this morning to highlight another way for people to use public transit. The community bus is a convenient, easy-to-use, option that connects Toronto residents to popular destinations in their neighbourhood. #TTC pic.twitter.com/Lxn1UxccRh

The Community Bus pilot includes two routes - the 400 Lawrence Manor bus and the 404 East York. Other Community Bus routes in Parkdale, Don Mills and Etobicoke are not part of this pilot.

This is a #TTC community bus route destination is a mall & travels thru numerous small streets to give access. I think #HSR should have afew pic.twitter.com/GC0TTD58vj

The new microtransit initiative is part of a larger plan to improve transit around the city, including the King Street Pilot Project and the highly anticipated time-based transfers.