New details have been released about a forthcoming 1.6-acre public park in downtown Toronto, and they're inspiring a justifiable amount of enthusiasm over the future of park design at city hall right now.

Dr. Lillian McGregor Park, planned alongside Lanterra's Wellesley on the Park development, will be located along Wellesley Street between Bay and Yonge. 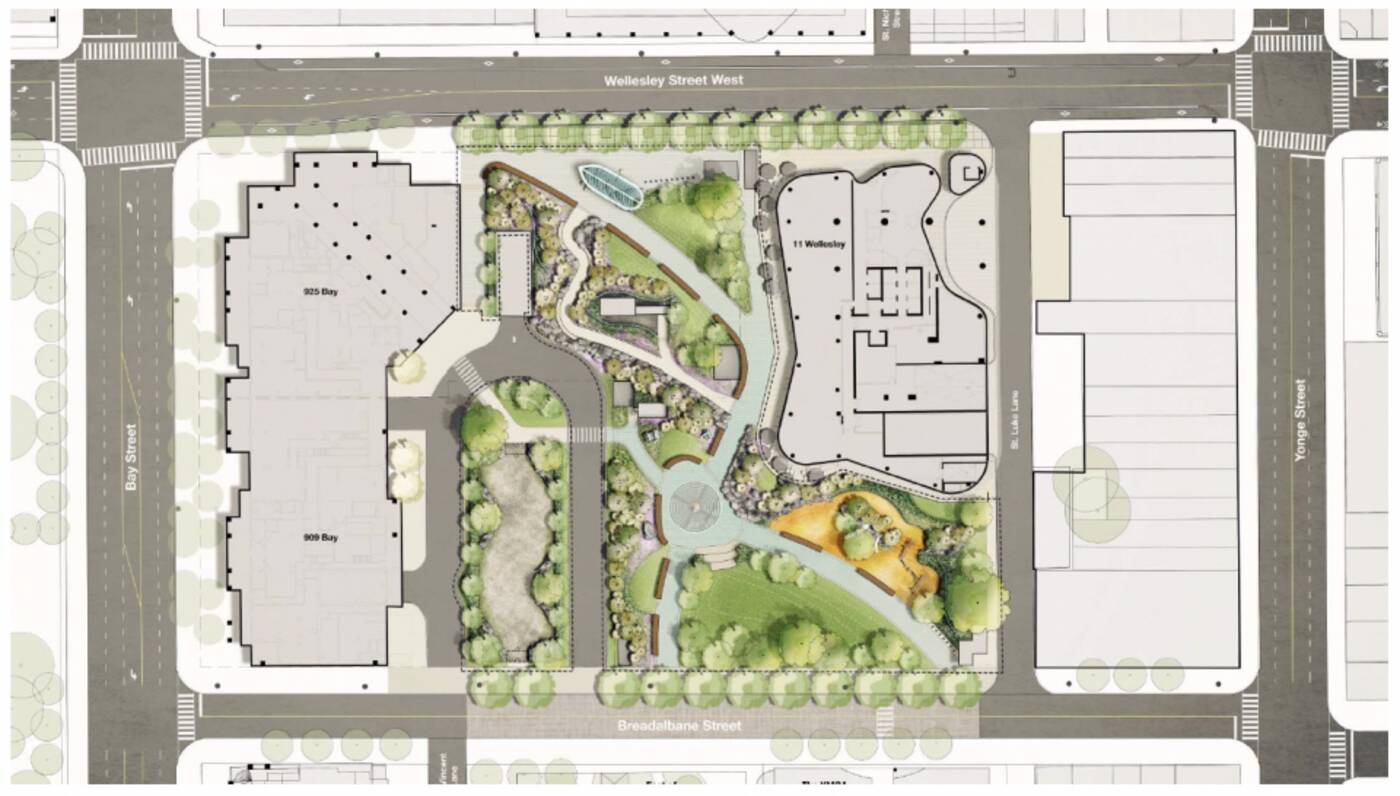 An overhead view of the park layout.

The project was first presented to the Toronto Design Review Panel about a year and a half ago, but there wasn't much to fawn over at the time.

Since then, the award winning architecture, landscape and urban design firm DTAH has fleshed out a more solid theme and layout for the space based on Dr. McGregor herself, a now-deceased, longtime community leader known for promoting Indigenous culture and education. 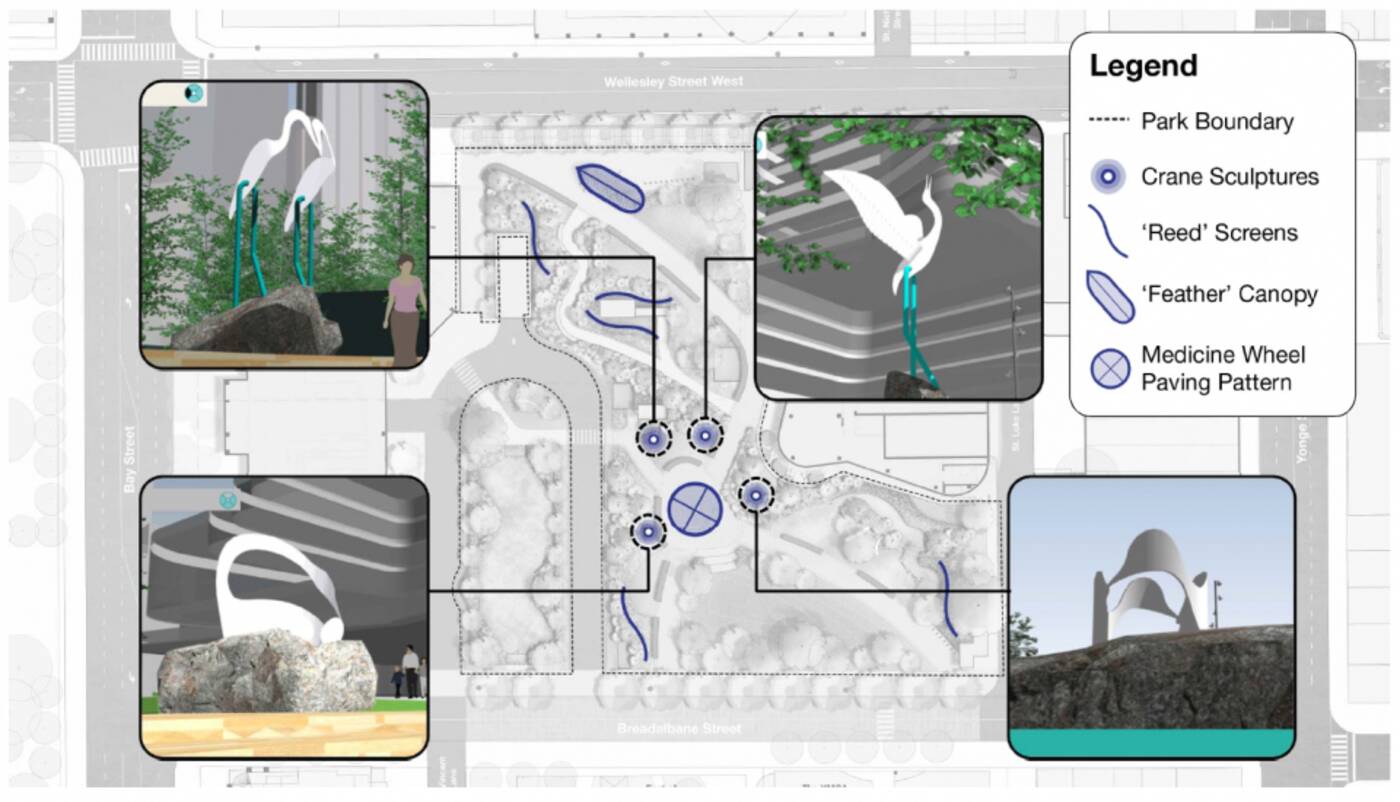 Rendering depicts some of the park features and public art we can expect.

Métis artist Kenneth Lavallee was brought on to create the park's public art component, according to Urban Toronto, "lending to a strong Indigenous thematic approach this time around."

The park's new site plan, presented to the review panel last week, includes a central gathering space, a continuous bench running alongside one path, a new 'Discovery Walk, an off-leash dog park, a sloping lawn, tree groves, and plaza with seating areas for retail stores, among other features. 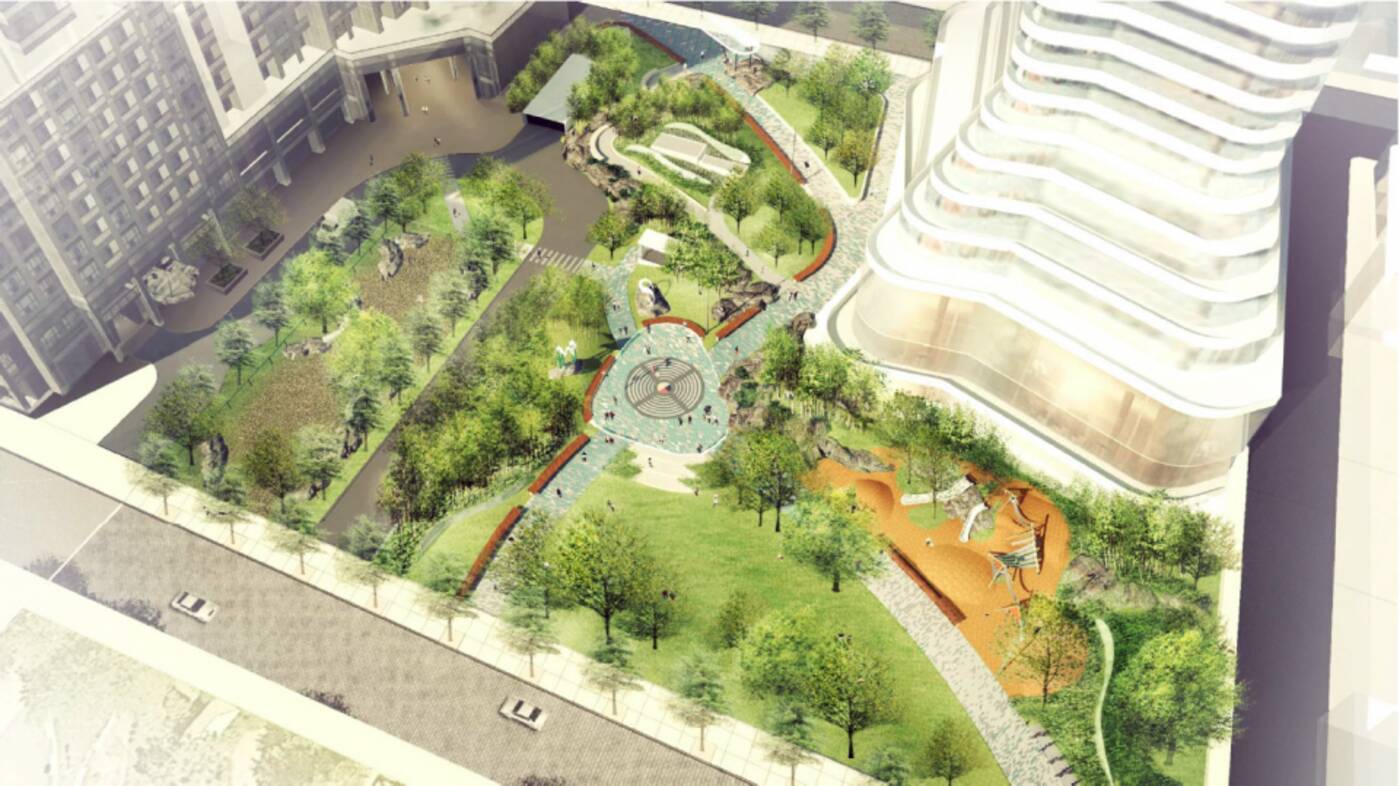 Rendering of Dr. Lillian McGregor Park as it might look when completed.

"The Indigenous theme is carried through several features across the park, aided by the designs of Lavallee," wrote Urban Toronto, noting that "the central gathering place is proposed to have a medicine wheel embedded at its centre."

Four cranes will also be positioned around the space according to the current plan. The birds will serve as a direct tribute to McGregor, who was reportedly part of the crane clan within her tribe.