Men caught on camera putting up racist posters in Toronto

Last week, a series of black and white posters started popping up on university campuses across the U.S. and Canada, including U of T.

Reading "It's Okay To Be White," the signs were almost immediately linked to a 4Chan thread in which people had been encouraged to print out and distribute the message near local schools.

As it turns out, this was all part of larger stunt meant to make "the media & leftists" go "completely berserk" over what they would perceive to be the start of a race war or something. 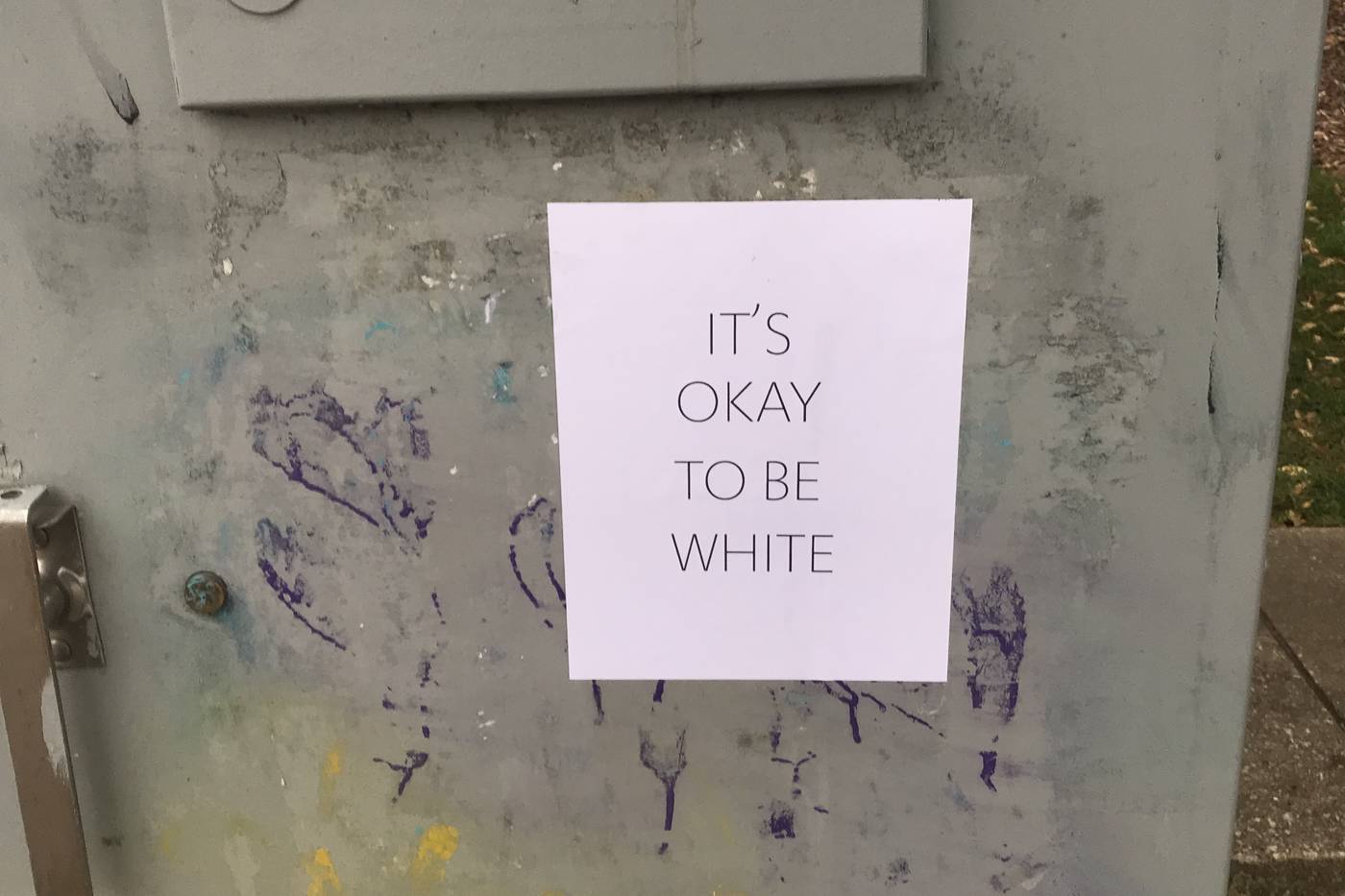 This sign was spotted last Wednesday near the University of Toronto. It has since been removed.

Media outlets were aware of the group's intention to make us "froth at the mouth" since day one, and it's now also widely known among the public that these posters aren't the result of a larger cultural movement – they're the result of a small but vocal minority of 4Chan types.

And yet, the signs continue to appear at some college and university campuses, prompting eye rolls among students who've read about the prank, and annoyed sighs from those tasked with ripping the posters down (or at least that's how it is in Toronto).

Of course, there are very valid reasons for concern about this type of behaviour, even if the initial poster campaign was only an act of trolling.

A Facebook group called "Against Your Ward News - Against Neo-Fascism" is spreading video footage right now of several men putting up "It's Okay To Be White" posters around U of T last night in an attempt to identify them.

"Do you know these fascists?" reads the video's description. "Two groups were spotted putting up 4chan’s 'It’s OK to be white' posters on U of T campus at about 11:45pm on Tuesday November 7th."

The anonymous Facebook account wrote that there were eight men in total carrying either step ladders and chairs to get the posters up high. 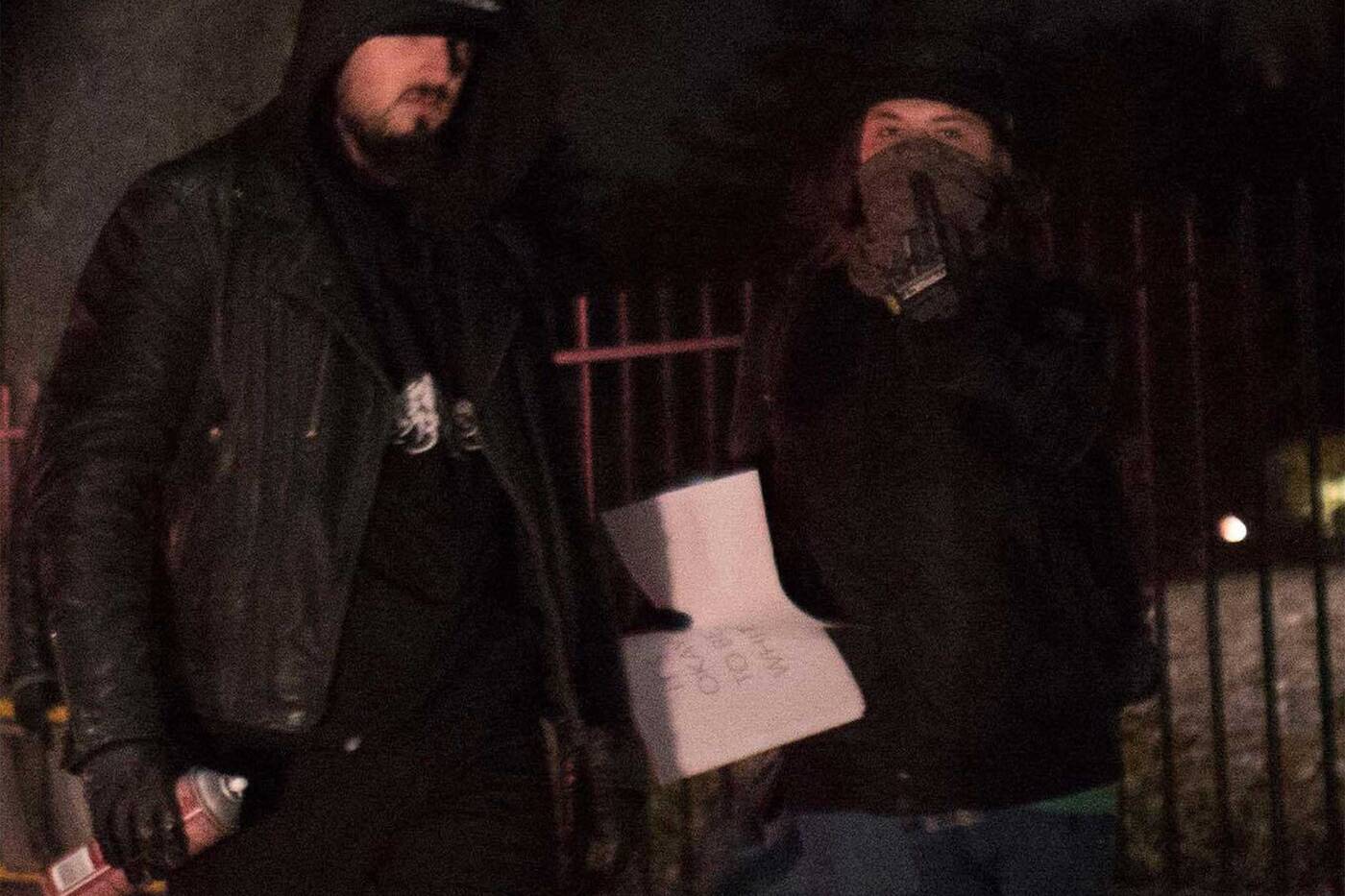 This image of two people holding signs and spray paint was sent to us along with a link to a video showing some men postering polls near U of T.

"The first group was told their photos would be posted online, to which one member replied 'It’s already there.'" The Facebook post continued. "The second group was more aggressive and began screaming 'faggot' and 'communists' when they noticed they were being photographed."

According to the person who posted the video, both groups were seen moving from Bloor Street along St George to Harbord, and then to Queen’s Park Avenue.