You know that big bronze man on a white podium in the University Avenue median to the south of Queen Street West?

That's Sir Adam Beck, the founder of Ontario Hydro and the father of low cost, publicly-owned electric energy. You've probably read about him in school (or know who he is because you're just a good Canadian like that).

Beck was all about public utility ownership. It's what he was known for, and it's why the city erected that giant memorial in 1934. 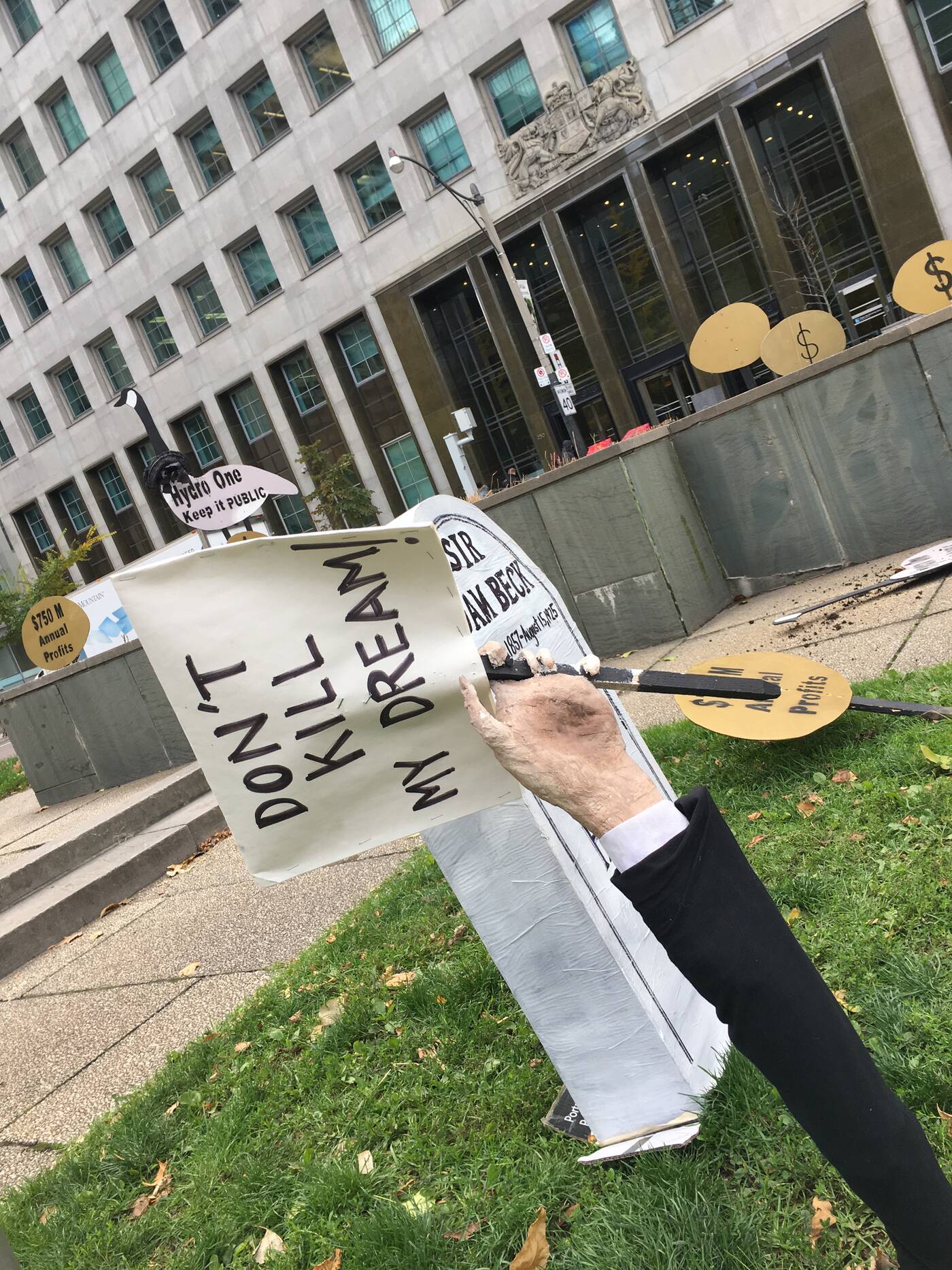 Thus, when Ontario announced its plans to sell off a huge chunk of Hydro One a few years back, many dissenters said that Beck must be "rolling in his grave."

People have been saying it regularly on Twitter for years, in fact, as developments emerge in the Hydro One saga.

But someone (or ones) took this message to the next level on Monday by literally putting a fake gravestone in front of the Adam Beck Memorial on University Ave.

The monument and its surrounding green spaces are currently filled with gold signs that say "$750 M Annual Profits" and "Hydro One, Keep it Public." 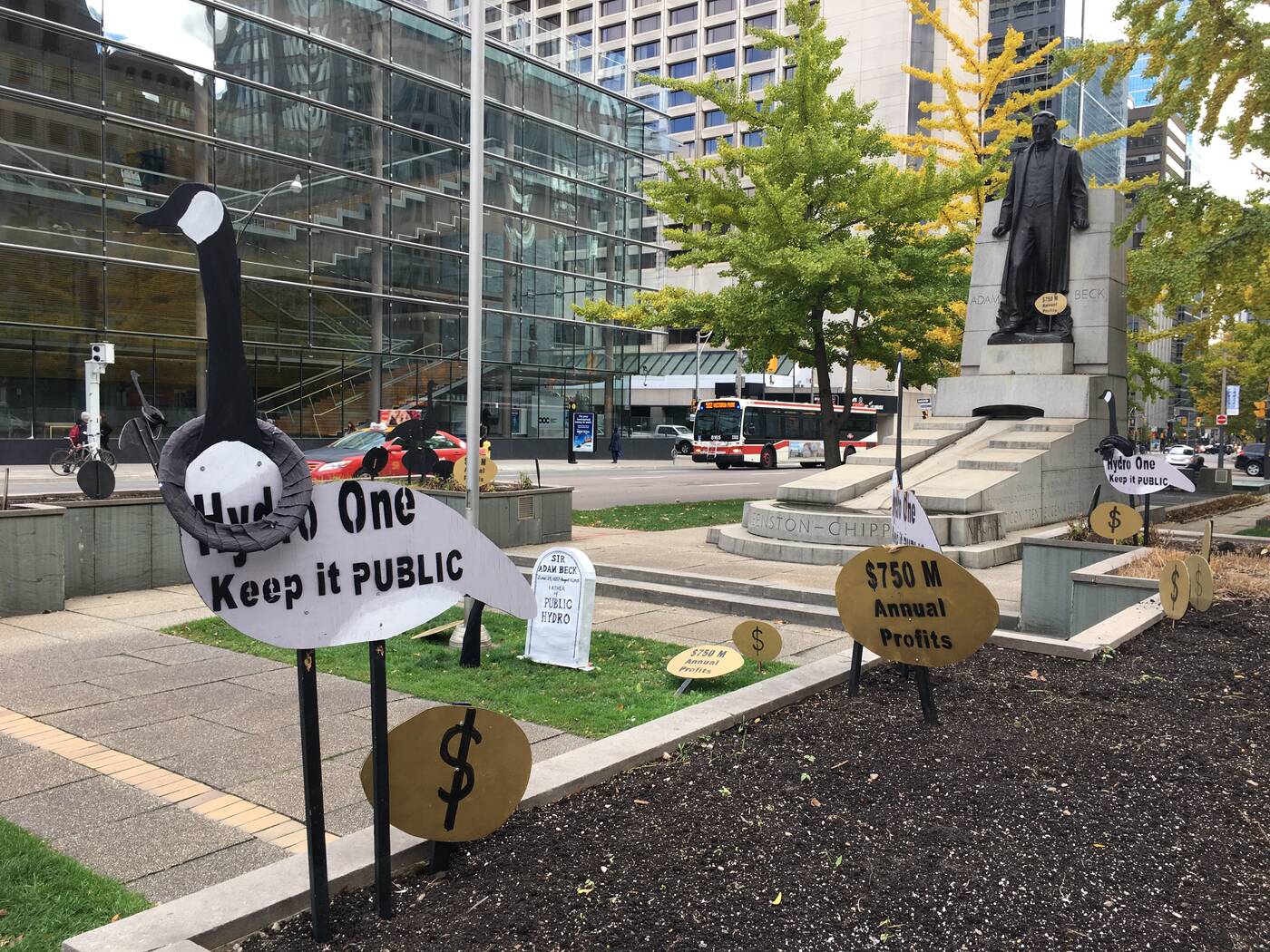 A fake arm looks like it's popping up out of the grass next to Beck's fake tombstone, which reads "father of public Hydro." The arm holds a sign that says "don't kill my dream!"

There are also Canada Geese with rings around their necks surrounding the space.

A City of Toronto pickup truck was seen at the site earlier today, but as of Monday afternoon, the display remains intact.