Union Station has just installed a glass moat outside the building

It's hard to imagine Union Station without scaffolding and construction walls encasing large sections of its facade, but we're starting to see some very promising signs emerge from the epic renovation underway at Toronto's main transportation hub.

The latest development that's been spotted is the Front Street moat, which has now been fitted with slick-looking glass panels easily visible from the front of the station.

This section, which is part of a massive project to revitalize the old train station, will ultimately serve as a skylight over a predominantly retail area below the Great Hall. 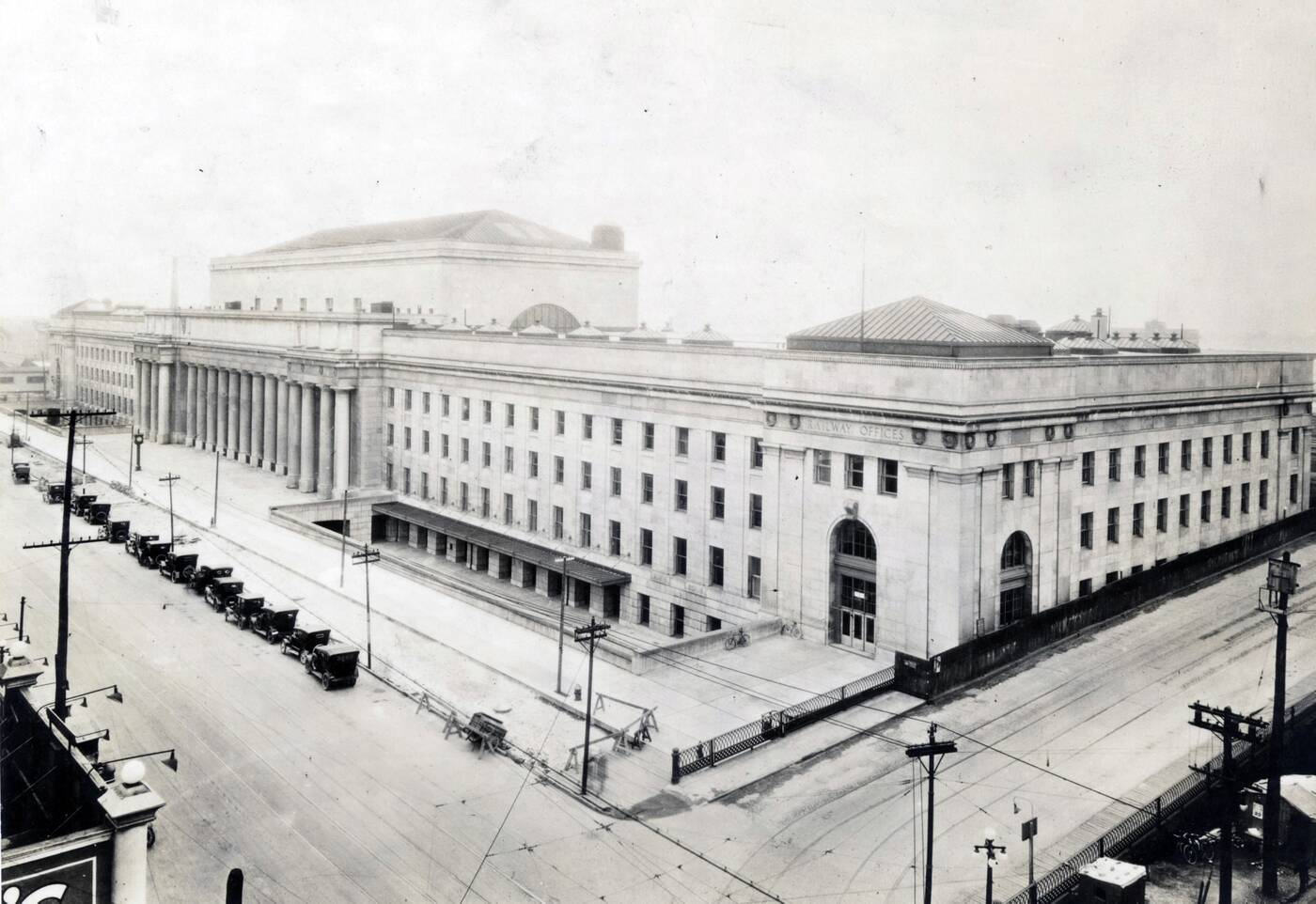 What the moat areas looked like when Union Station was new. Photo via the Toronto Public Library.

For all the delays to the project, this is actually an incredible use of space when you consider what the moats used to look like.

The project is meant to bring a more modern, open-concept design to the station and to create a better user experience via the addition of increased retail and food options.

We've already seen evidence of the improved elements of Union when the York GO Concourse opened a couple of years ago, but much of the construction underway is taking place out of sight, so it's exciting to witness major milestones like the enclosure of the moats.

While there's years of construction left to be completed at Union, sections of the station will be opened in phases, so we might be able to enjoy some of the improvements by next year.