Queen and Parliament just got a whole lot more exciting with the opening of the beautiful new WE headquarters at the southwest corner of the intersection. The building's been under construction for ages, but the finished product looks like it was certainly worth the wait.

The WE Global Learning Centre has taken residence in a re-purposed century-old building that now functions as a state of the art office complete with an 'empatheatre' that seats 200, full broadcast studio, and an open concept/interactive design featuring Canadian-made furniture throughout the space.

We Charity is an international charity and part of the Free the Children organization with a central focus on education and community development. 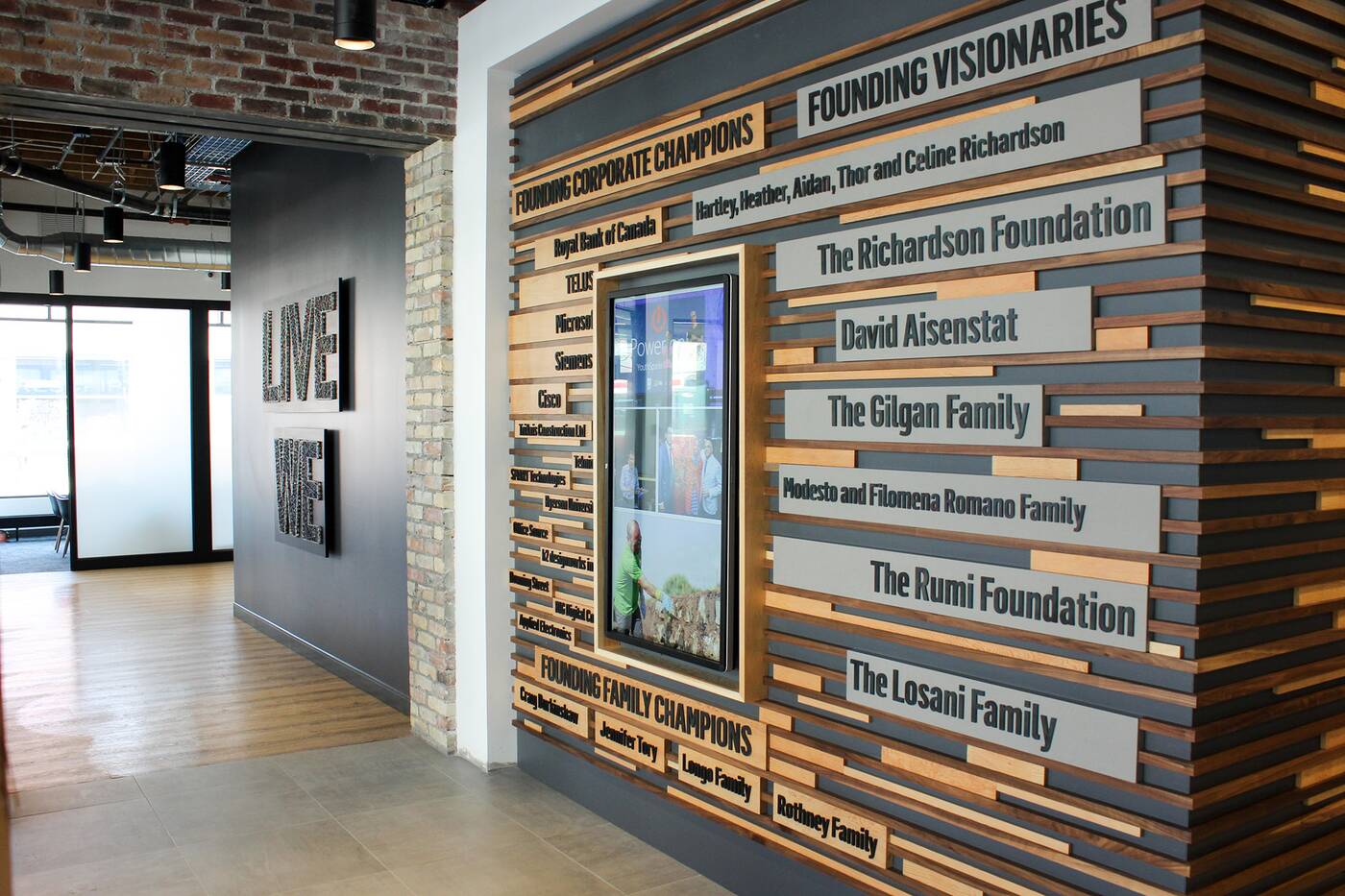 The lobby featuring one of many interactive display screens mounted throughout the space. Photo courtesy of WE.

It's looking to integrate its new headquarters with the Corktown community by offering programming and outreach projects and has asked the city to become a partner in the Stronger Neighbourhoods Strategy 2020 and work with the local council to provide services for Regent Park residents.

For years the building was host to a successive line of furniture stores, including the long-standing Marty Millionaire from 1978 to 2014, and before that it even housed a bowling alley on the second floor for nearly 50 years. 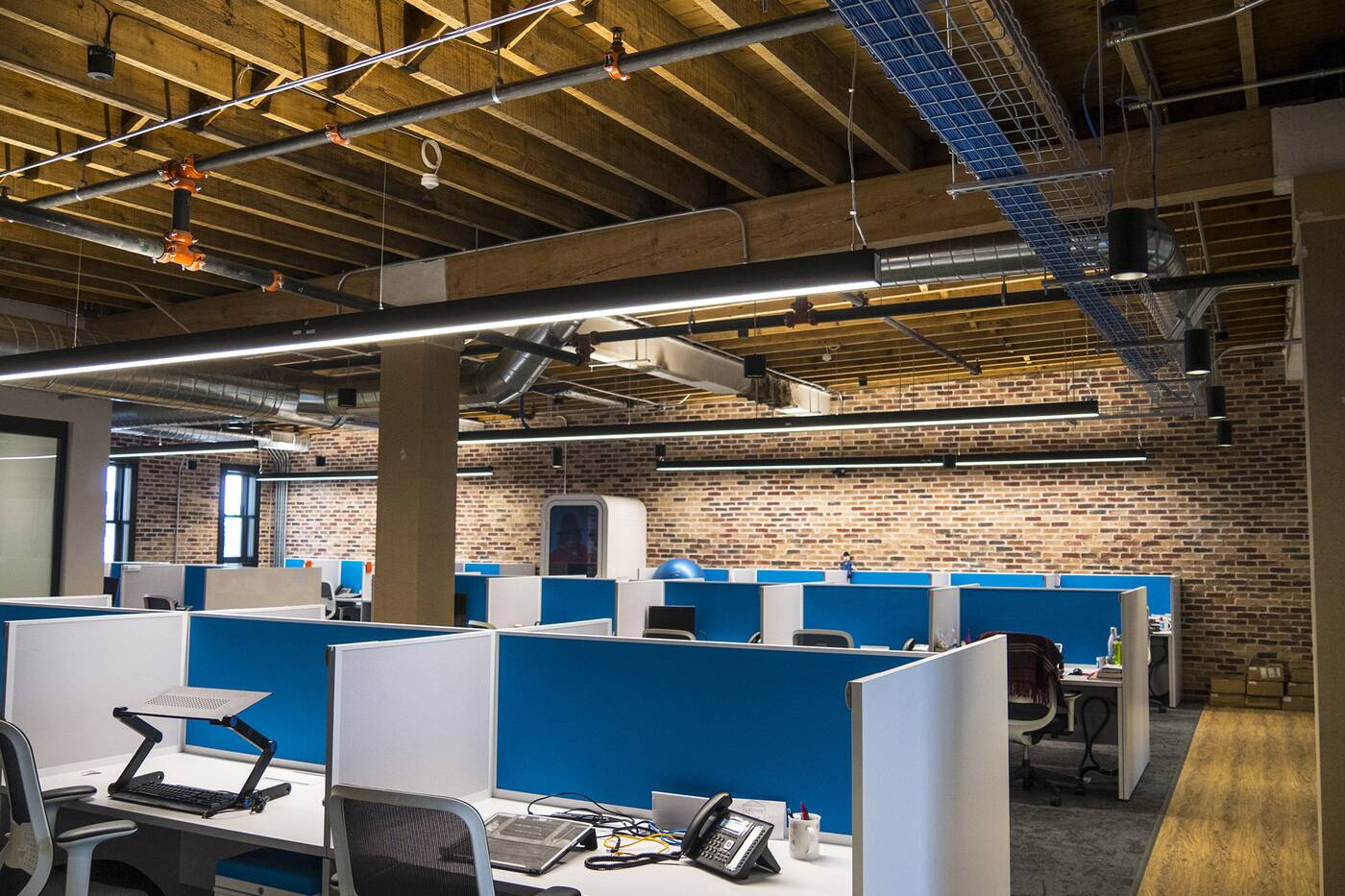 The open concept work environment. Photo courtesy of WE.

The revitalization is part of trend to retain heritage sites and transform them into commercial businesses or office spaces. While the building at 345 Queen St. East was long known for its teal-painted exterior, WE opted to return facade to its former glory as part of the conversion project. 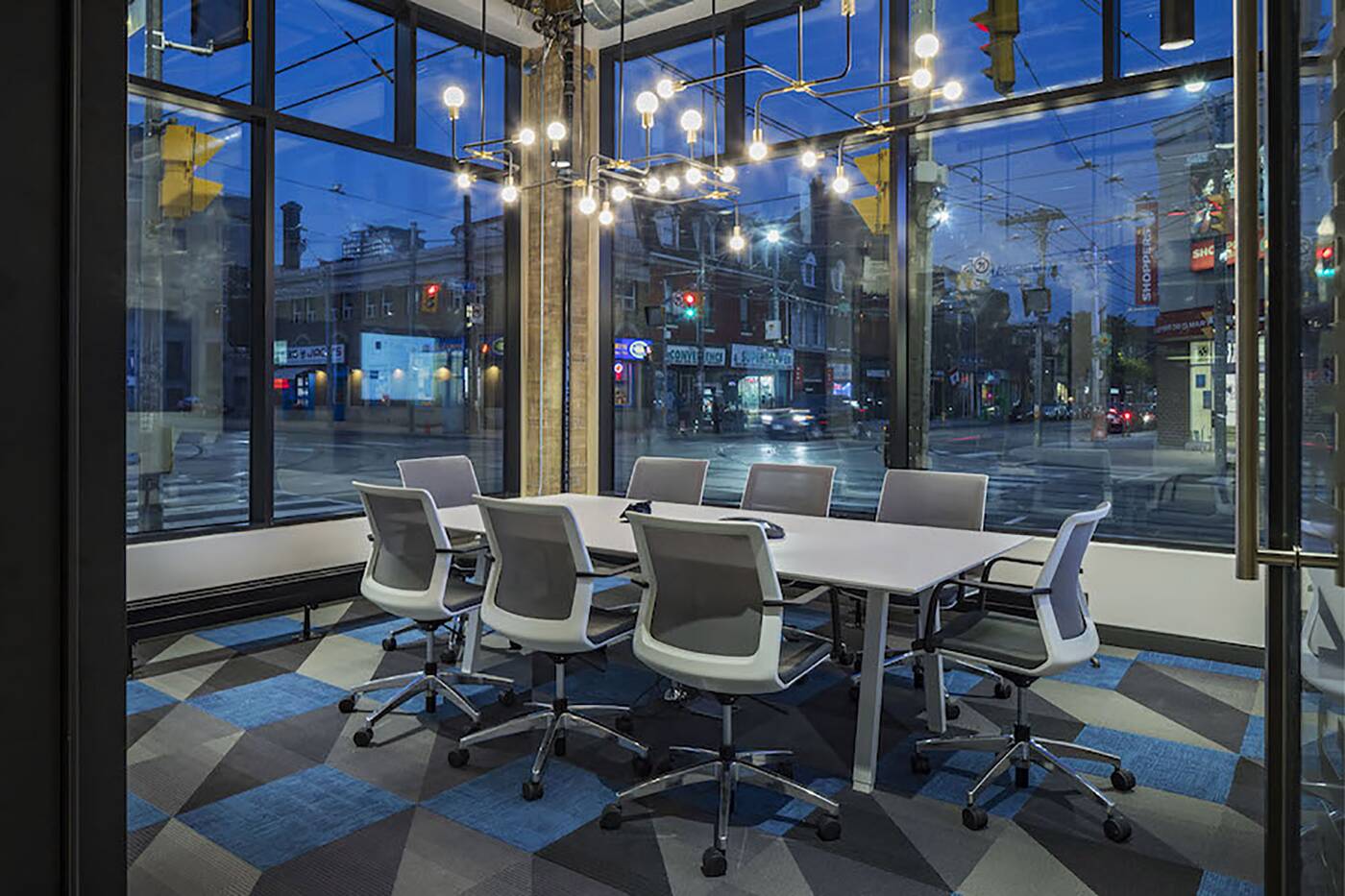 Kohn Partnership Architects has done a deft job at updating the space for use as an office while also retaining its historical character. But a big part of the story is also the interior design.

“WE’s vision was to have this facility support teachers and youth around the world, from local to remote communities, in a building that would encourage a new culture, a new synergy in the way they work,” says Karin Karak of k2 Designworks.

“We came up with an architectural scheme that was very relaxing, holistic and neutral,” Karak continues. “We wanted to showcase WE’s branding. We wanted their work to stand out, and feel dynamic and energizing for the staff.” 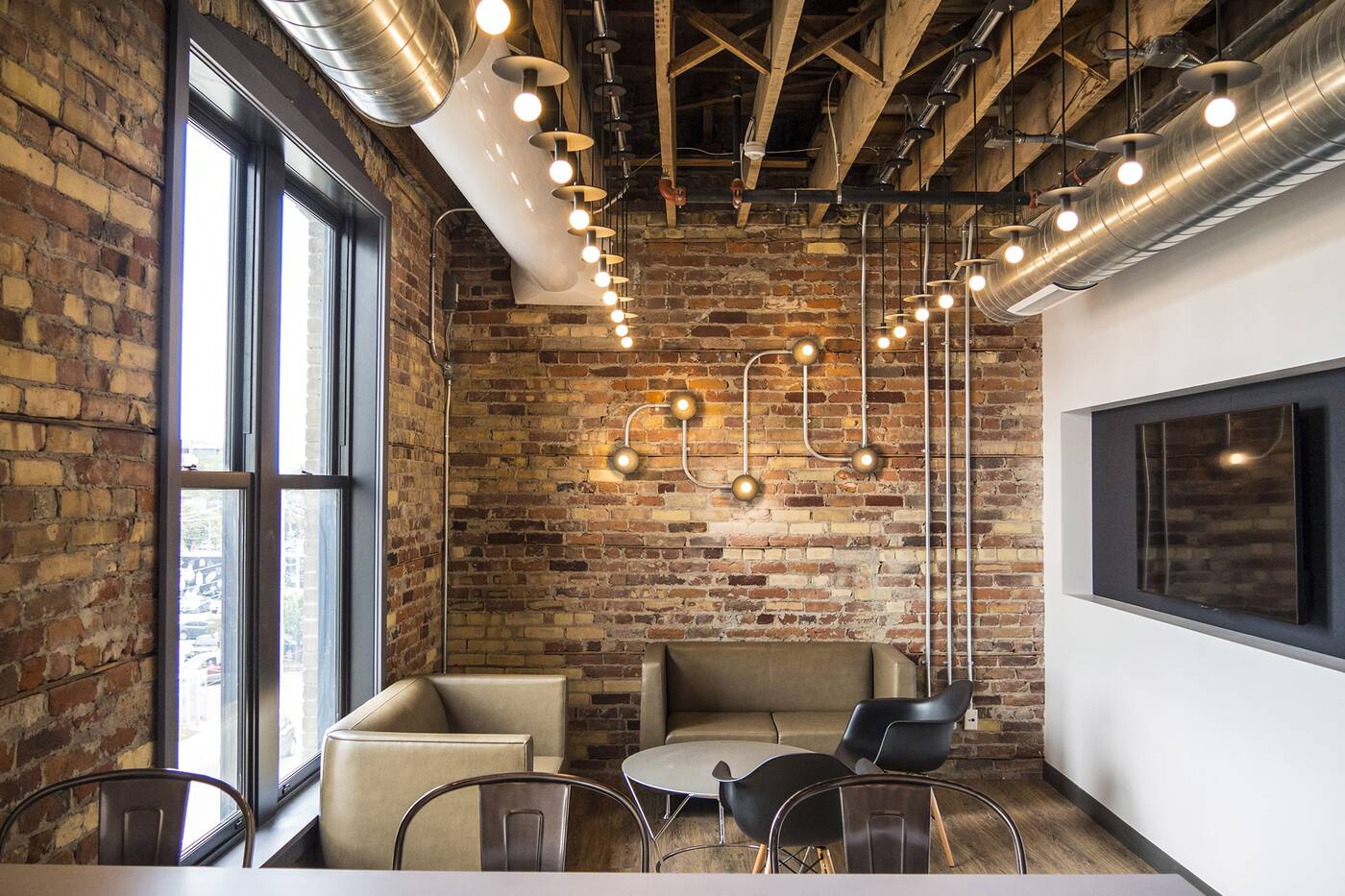 The kitchen area with exposed brick. Photo courtesy of WE.

The redevelopment of 345 Queen St. East is just one small part of the huge changes sweeping the surrounding area, from the the longstanding redevelopment of Regent Park to the north and the upcoming transformation of East Harbour to the south.

There will be hundreds of people coming in and out of this office everyday now. That, in addition to the outreach initiatives that are planned, will give a welcome boost to the neighbourhood's economy and help to establish the WE headquarters as a vital community hub.