What remains of the Honest Ed's Toronto once knew is about to disappear completely as crews begin to remove all the exterior signage from the shell of the old discount retailer.

One of the iconic main signs was already pulled down back in May, but it'll be restored and ultimately installed at the Ed Mirvish Theatre on Victoria Street, near Yonge and Dundas. Most of the other signs will meet a less auspicious fate. 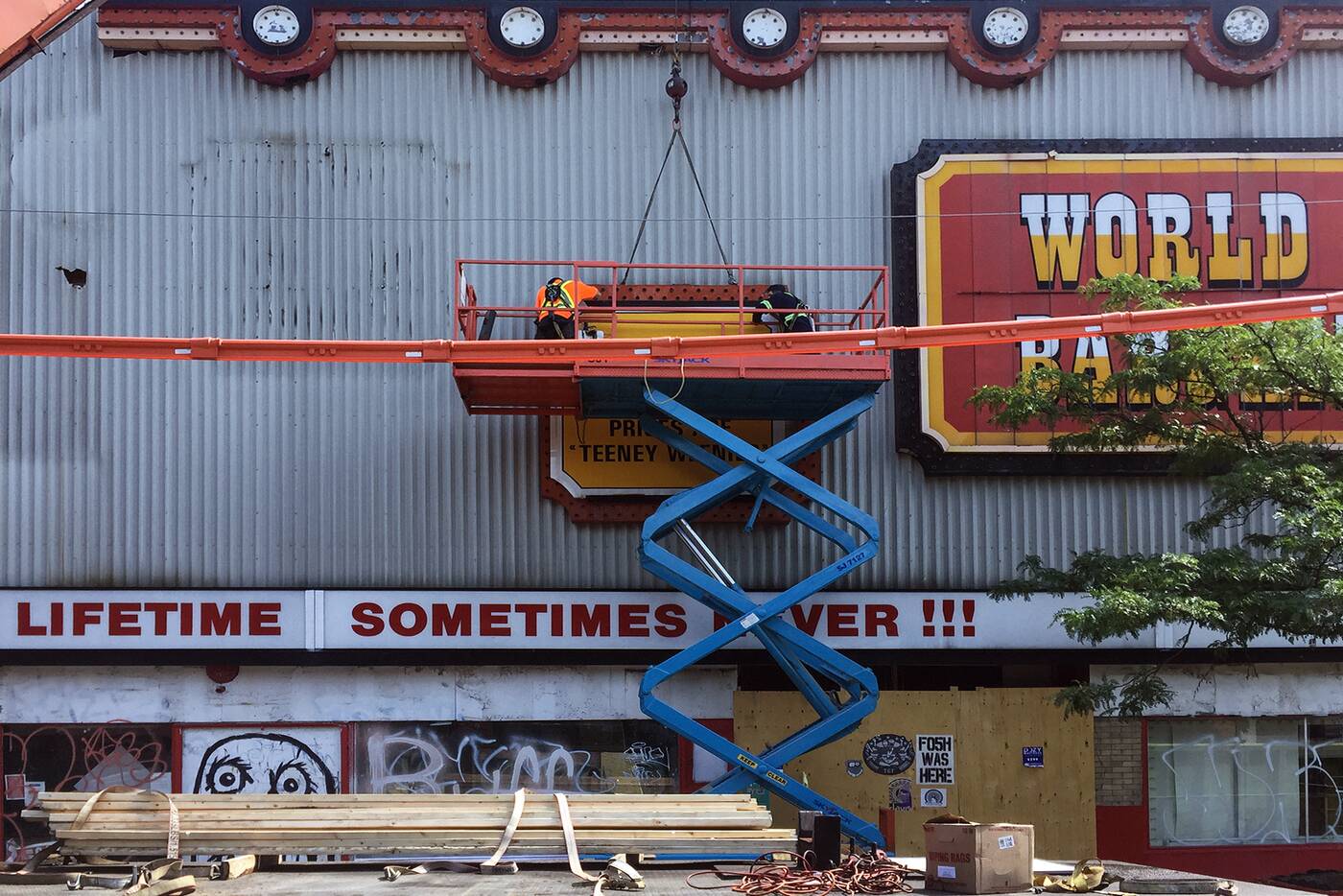 The other three main signs are reportedly damaged beyond repair and will not be preserved. As for the smaller signs, there's no word yet on how many can or will be saved, though Westbank has indicated that some elements from the store will be featured in the new development.

Today crews were at work on Markham Street. When I passed by, they had already removed a sign that reads "Honest Ed's All Wet, But He Never Soaks You!" and had moved on its neighbour, which declares "Honest Ed's Fulla Baloney But His Prices Are Teeney Weenies!"

According to a worker at the site, the plan is to continue to remove signs over the course of the week. This includes the remaining big signs facing Bloor and Bathurst streets, which will be taken down at nighttime when traffic levels are lower.

While it's already in pretty rough shape, if you're looking to get a last look at the Honest Ed's of yore, now's the time to do it.