It's now a lot easier to find parking spots in Toronto

Toronto can say goodbye to its second-favourite excuse for being late (after TTC woes, natch). "I couldn't find parking!" is about to get way less believable, thanks to Google.

The tech juggernaut announced in a blog post today that drivers in 25 cities outside the U.S., including Toronto, can now use a Google Maps feature called "parking difficulty."

Introduced to American markets earlier this year, the feature promises to "give you a heads up on what kind of parking crunch to prepare for when you’re on the go."

It does this by calculating how hard or easy it will be to find parking spots near your final destination based on historical data and other, more technical, factors.

The idea is that, equipped with this knowledge, drivers will know how much time to allocate for parking before they leave the house. A rating of "limited" means you'd better give yourself a healthy buffer if you want to be somewhere on time.

Toronto, Montreal and Vancouver are the only Canadian cities that have been equipped with this feature so far, though it doesn't seem to work for locations across the entire city just yet. 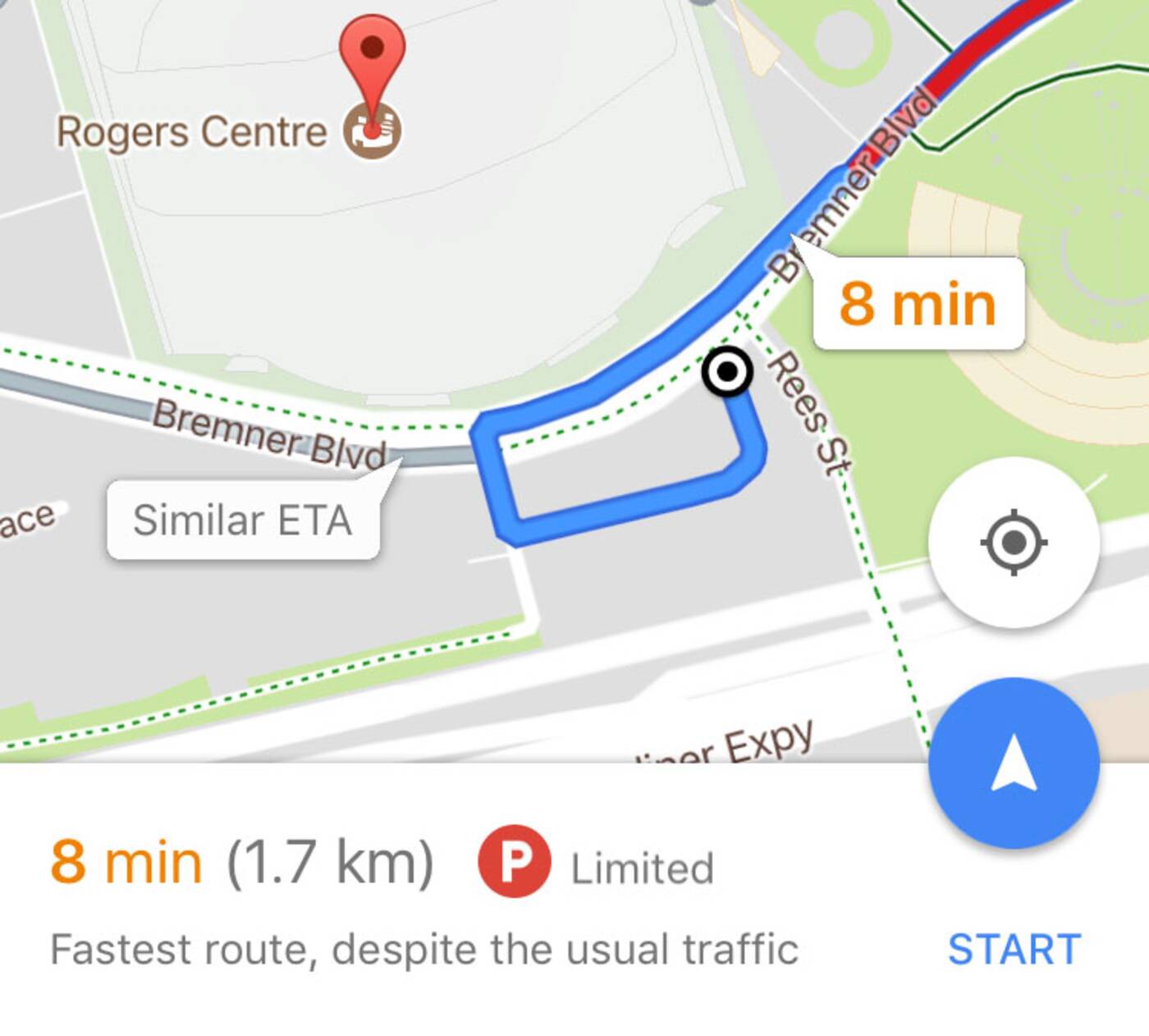 Almost everywhere with a parking difficulty rating in the City of Toronto is "limited," as indicated by a red P symbol.

Google also announced a feature today that will help people find places to park, complete with walking directions from car to destination. Unfortunately, "find parking" is currently only available in 25 U.S. cities.

Still, from what I can see of "parking difficulties" in downtown Toronto, the map is pretty accurate.

So, according to Google, it's difficult to park in Toronto. Thanks, Google!