Toronto's getting its first cat-themed park

Toronto's new dog-themed park has been all the rage since it opened earlier this year, but soon it seems cat-lovers will have an outdoor space of their own.

Claude Cormier, the architect behind the Berczy Park revitalization, has plans for a feline themed park that'll be part of the Well mega-development on the former Globe and Mail site. 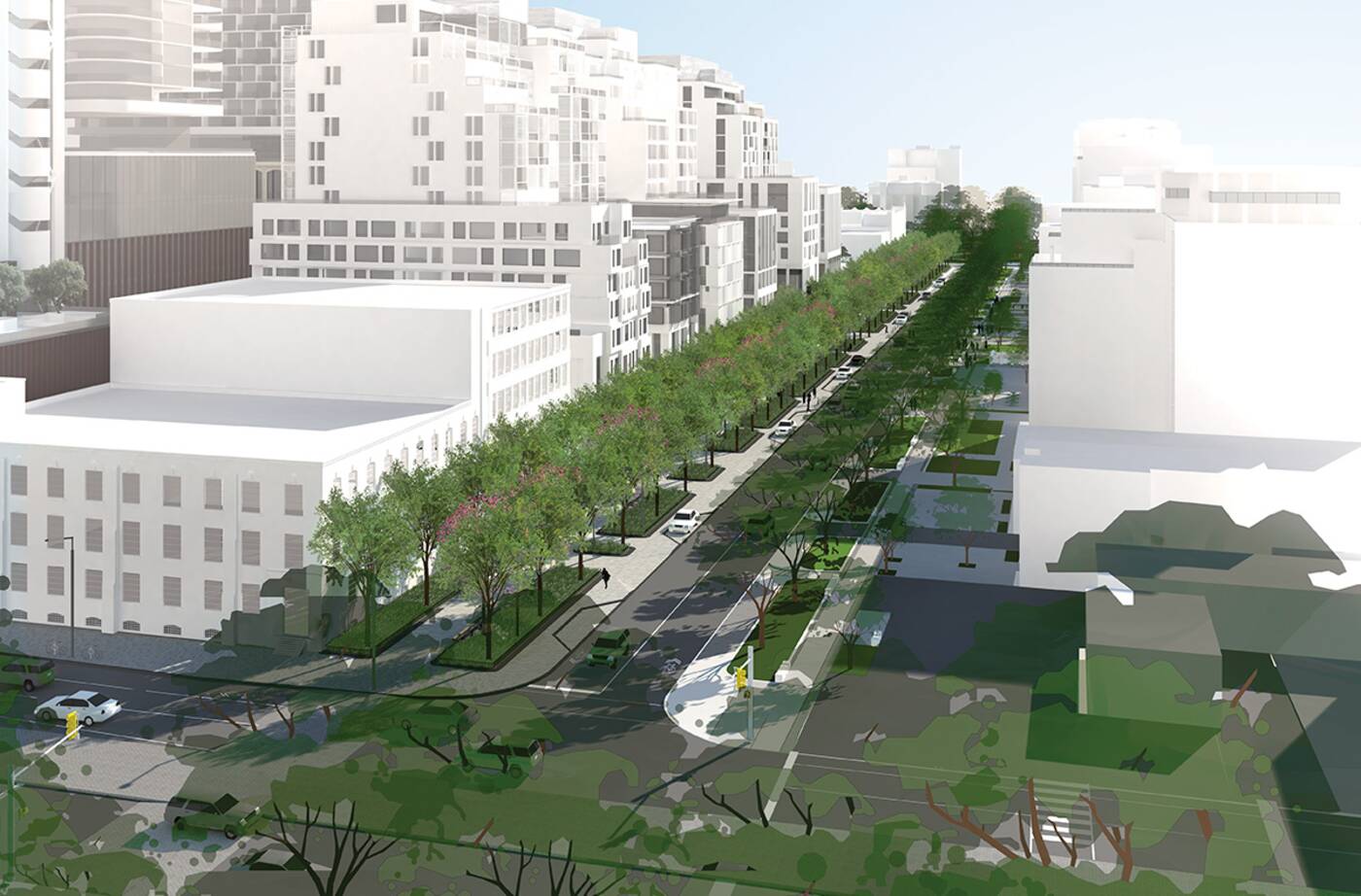 The new green space is envisioned as a promenade along Wellington St. Image via Claude Cormier + Associates.

The extent of the cat component isn't known yet, but Cormier let it slip to the Globe and Mail that the upcoming promenade-style space will be something of a counterpoint to Berczy, which has captured the public's imagination with its 27 cast iron dog sculptures.

Beyond any themed elements, the new green space looks like a promising part of the massive mixed use project that's set to transform Front St. West. It's not really a park per se, but a series of public terraces that will beautify Wellington St. at the north end of the development.

The redesigned street will serve as a link between Clarence Square and Victoria Memorial Park, and help to temper the sense that the Well will come off as just another shopping mall at the base of a condo. There are more ambitious plans in place here.

Working in concert with Hariri Pontarini, Adamson Associates, and retail architects BDP, Cormier wants to create a bonafide neighbourhood, of which a central promenade with quirky cat sculptures would be a major element.

We'll have to wait to see how many cats are included in the final plans, but it Cormier can rekindle the magic of his dog fountain, this outdoor space could prove very popular indeed.