The huge park under the Gardiner Expressway inches closer to reality

A huge chunk of the Gardiner Expressway is under construction, but so too is a big parcel of land beneath this busy thoroughfare.

The Bentway (formerly known as Under the Gardiner Park), designed by urban design firm Public Work, is coming to fruition two years after it was announced. It's hard to believe a civic project of this scale is actually happening, but as of now, part of it is slated to be up and running as early as December.

While the wintertime might seem like a strange time to open, the portion of The Bentway that runs between the Fort York Visitor Centre and Bathurst Street will include a skating trail in the shape of a figure eight. 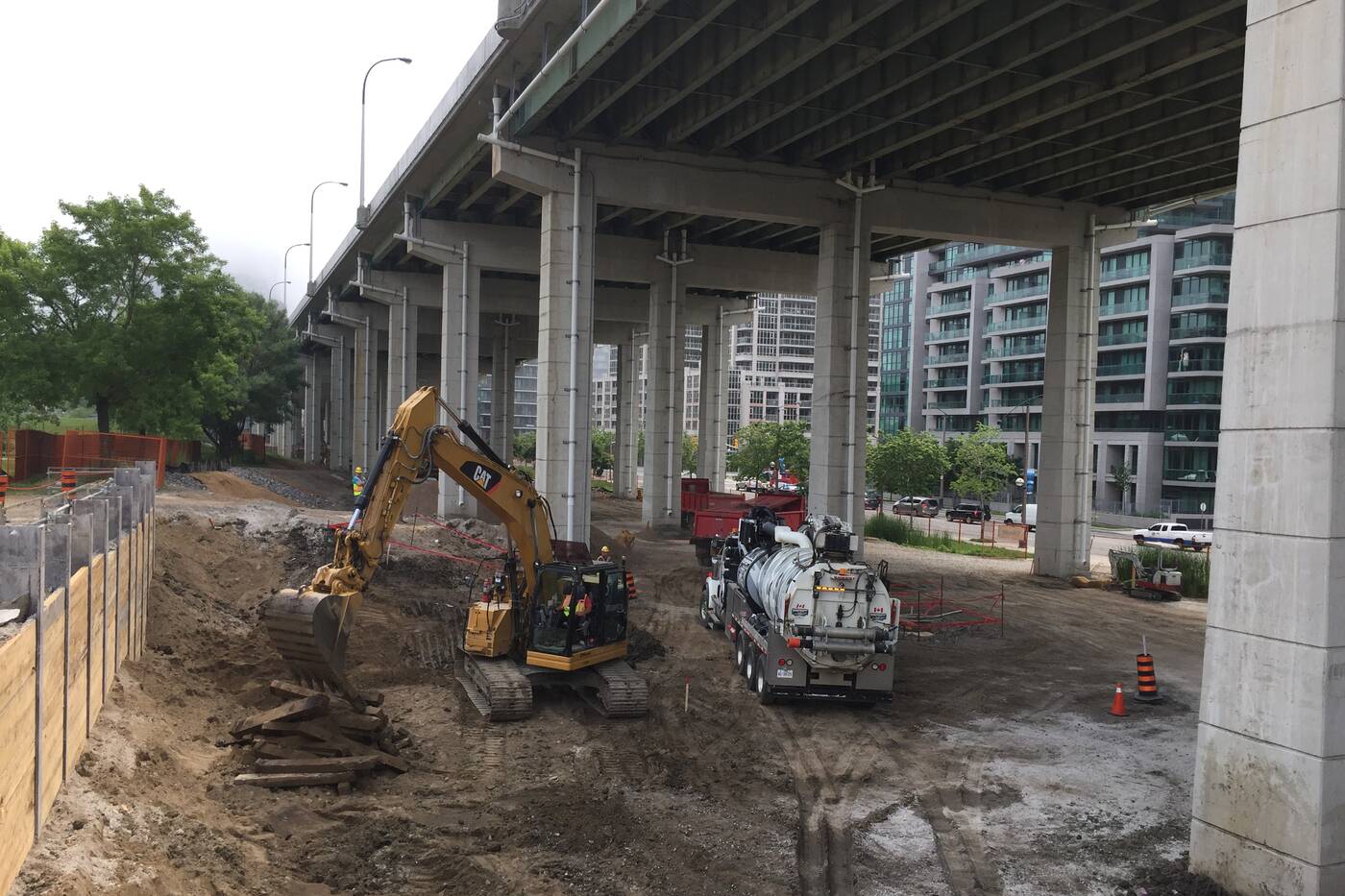 Looking east along the site of the incoming skating trail. Photo by Amy Grief.

Come springtime, the section of The Bentway that stretches to Strachan Avenue will open up, and it'll feature a new building as well as an outdoor stage with amphitheatre-like seating that'll be suitable for all sorts of performances and screenings.

Director of programming Ilana Altman says a number of partnerships are already in the works to animate this new public space.

"Where we can, we’re really interested in roaming performances or workshops that make use of the full length of the space," she says, noting how its scale makes it unique compared to other spots in the city.

While The Bentway will be comprised of discrete spaces, such as the amphitheatre and skating rink, there will be a distinct path to link them all together. 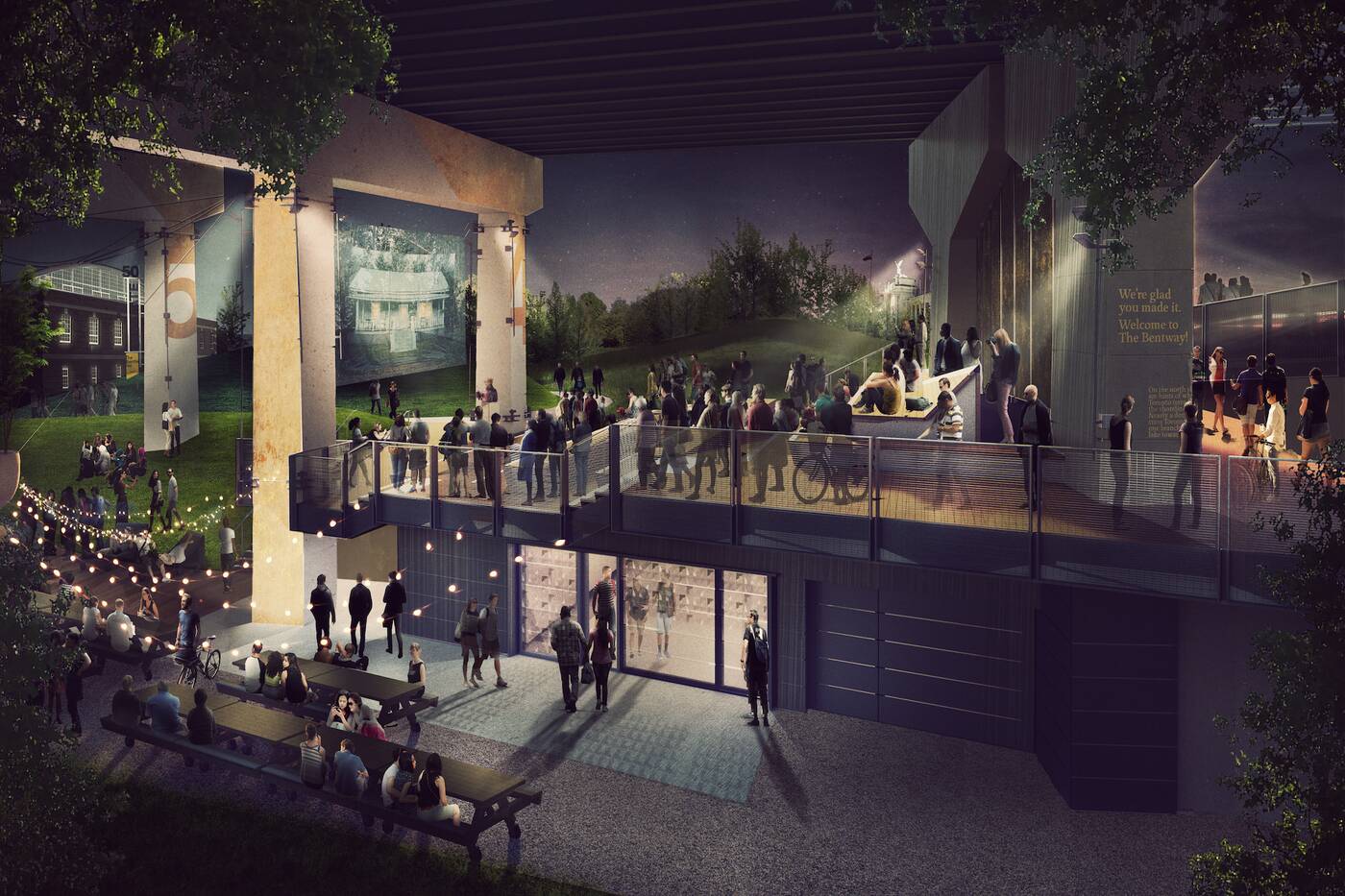 Unlike the High Line in Manhattan, which this project is often compared to, visitors will be able to access The Bentway from a variety of areas since it isn't just a linear walkway.

CEO Julian Sleath says phase one of the project will be well connected to the South Core neighbourhood thanks to new bridges and pathways that are already in the works, including the Garrison Crossing that'll eventually go all the way to Stanley Park.

The Bentway joins other projects planned for the neighbourhood, including the Mouth of the Creek Park, which Public Work is also designing, he explains.

Eventually, he notes, The Bentway could stretch from Liberty Village all the way to the old Unilever Building at the foot of the Don Valley Parkway, though that won't happen for a while. 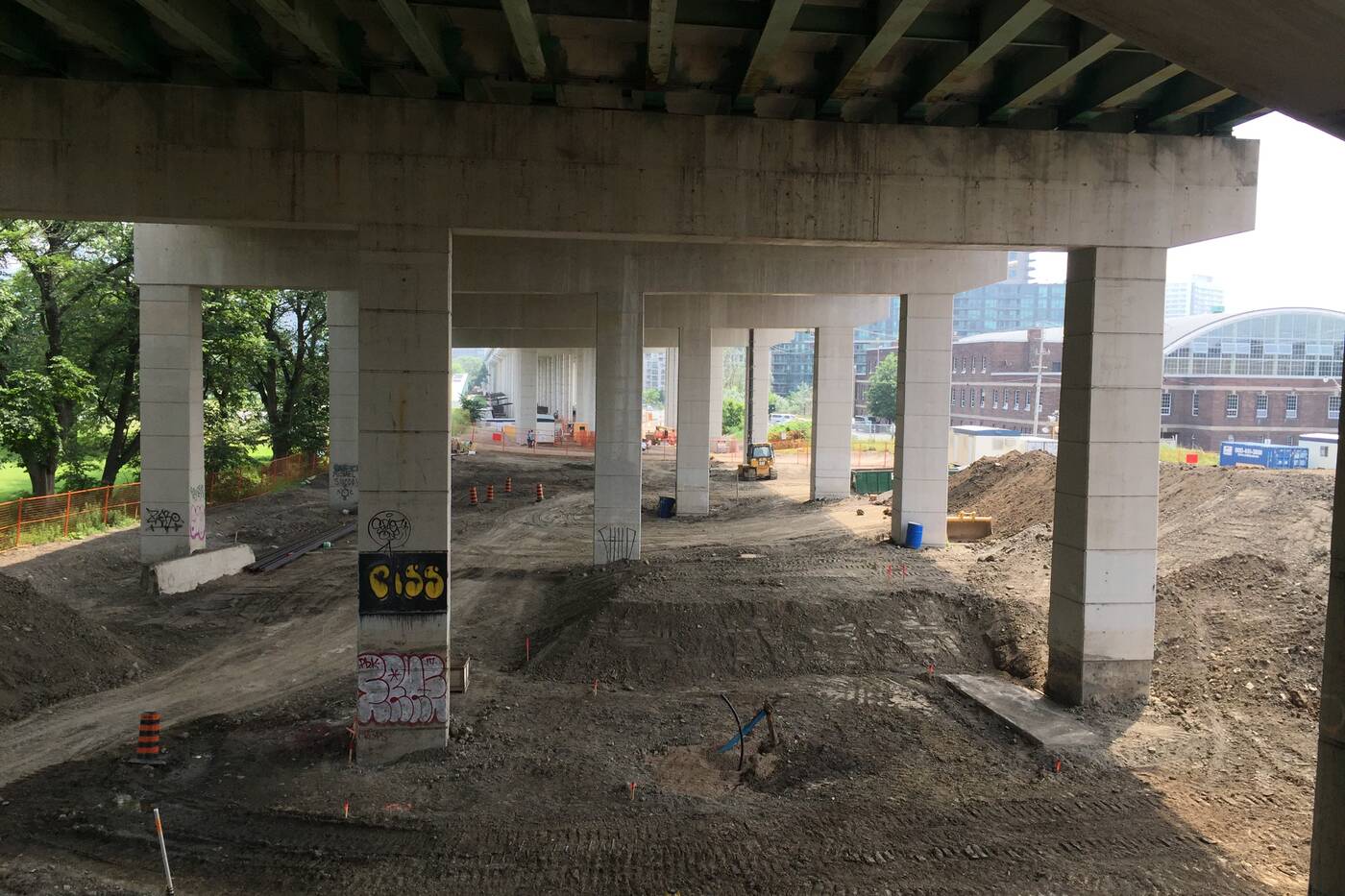 For now, The Bentway, which got off the ground thanks to a $25 million private donation, will be a boon for those who live and work around Fort York.

"We have estimated that there are about 70,000 residents living within close proximity to the site," says Altman, who later notes how many of the nearby condo-dwellers include families with young kids. Of course, more development is on the way too.

The area below the Gardiner won't be a dead space for much longer. In fact, you might even be able to skate beneath the gridlock later this year.