As we hear more and more about plans to redevelop the Port Lands, one of the features that's received less attention than the many condos to come is the transit network that will be put in place to serve the area.

Right now, this is one of the city's most under-served spots for transit, as anyone who's taken the TTC to Rebel (née the Sound Academy) knows. Once the area is transformed, however, it'll be much easier for everyone to get to places like the Leslie Street Spit and Cherry Beach.

While we're looking at a decade and beyond to get these plans into place, a revitalized Port Lands might feature dedicated streetcar lines along Cherry St. to the Ship Channel, across Commissioners St. and south to the Hearn via an extension of Broadview Ave. 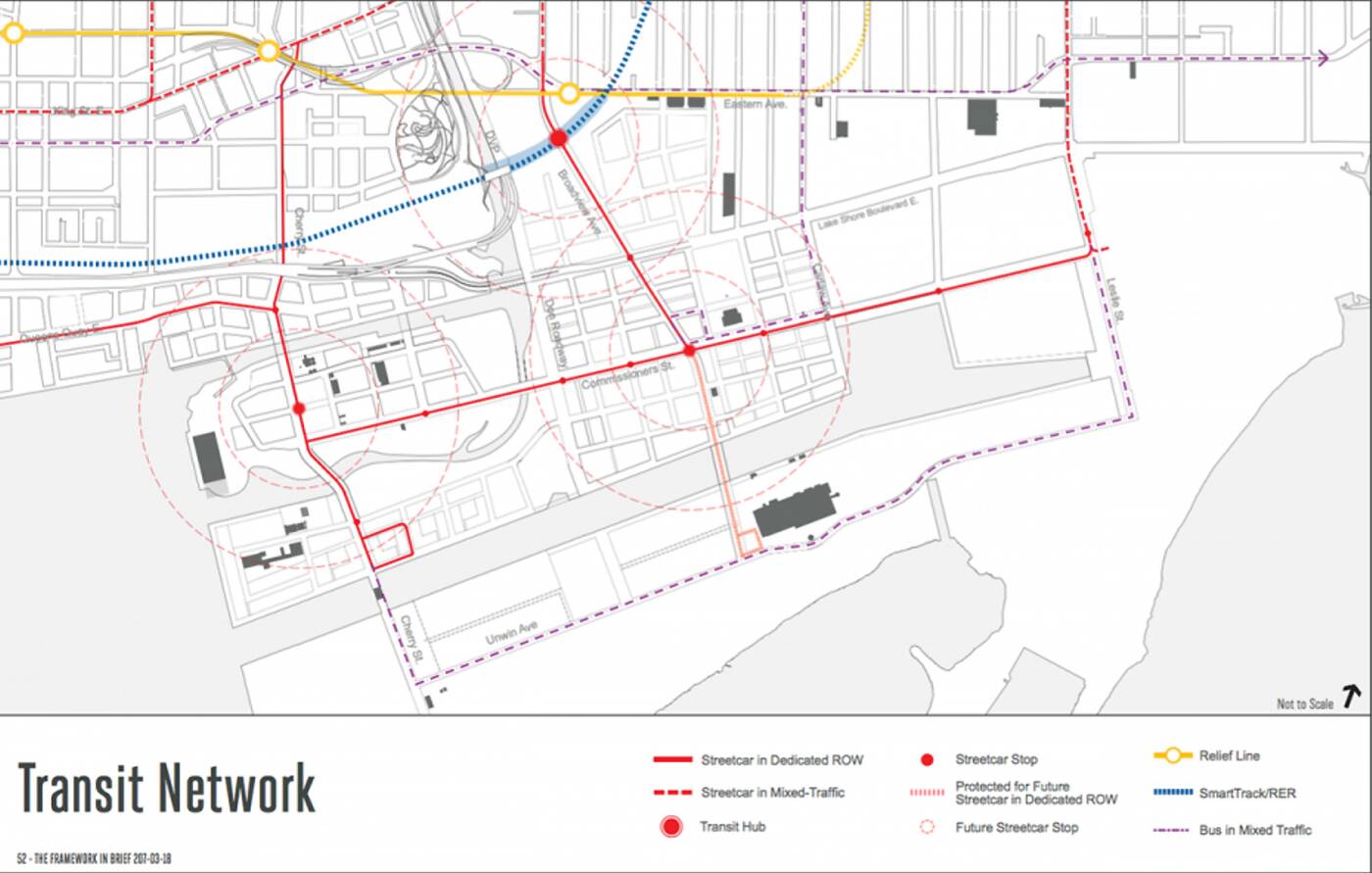 The proposed transit network for the Port Lands. Map via Waterfront Toronto.

An extended Broadview isn't the only new street the area would be home to. To ensure better access to the Port Lands, Cherry St. would be re-routed to dispense with the complicated intersection at Lake Shore that currently exists and Caroline St. would be lengthened to Commissioners St. to provide an easterly access point.

The Bayview Ave. bike path would also be extended south, wrapping around Corktown Common (where there's a connection with the Lower Don Trail) before ending at Unwin Ave., which makes a ton of sense given the amount of cyclists looking to access the waterfront here. 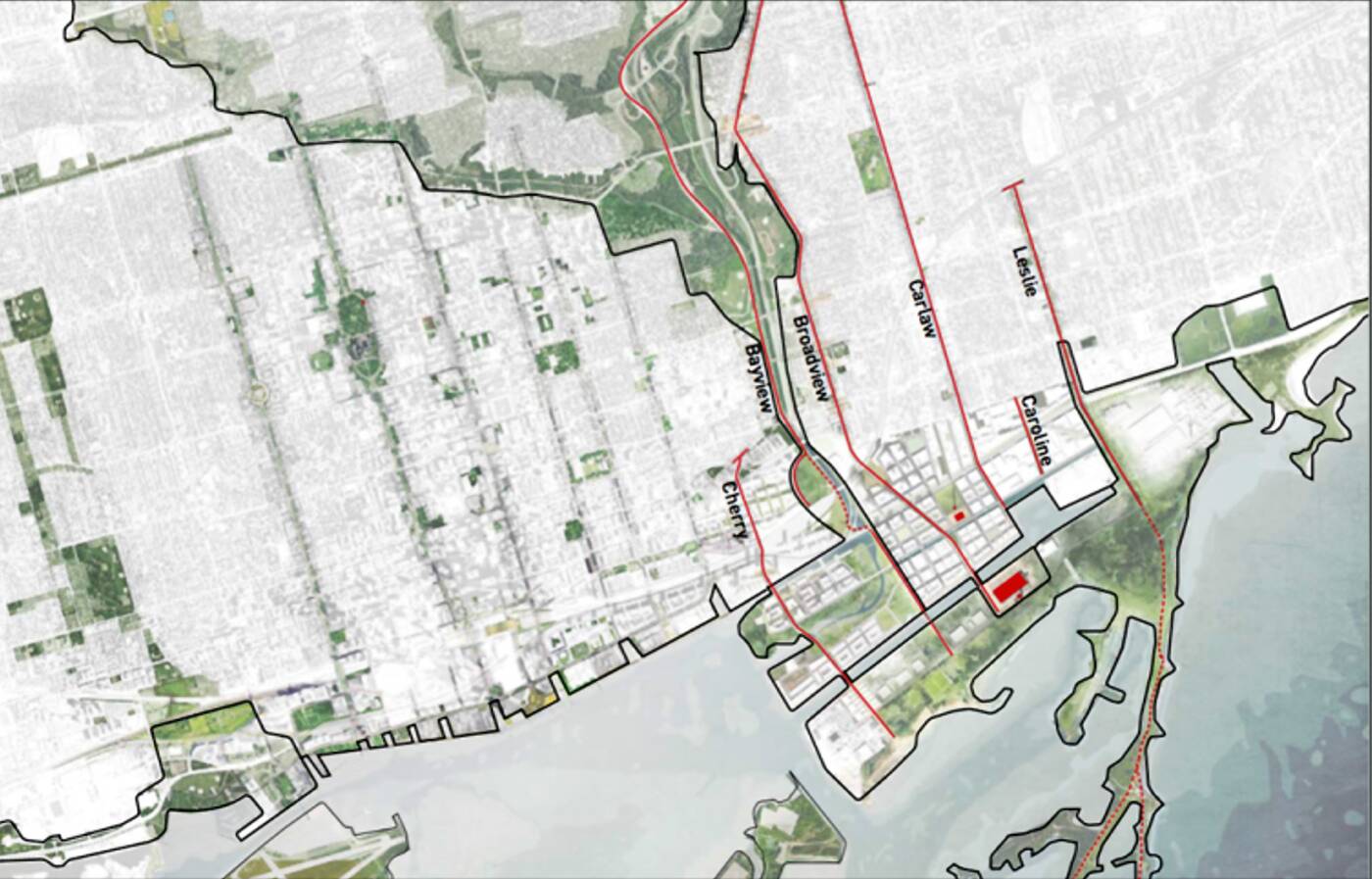 All of these moves would radically open up the Port Lands. They would also place the Hearn as a natural centrepiece of the neighbourhood with a dedicated streetcar loop at its door. How exactly this site is reimagined is anyone's guess right now, but big things could be in store.

Providing better in/out access to this area is a bit of a no-brainer, but the key will also be transit connections that offer access from a variety of different points surrounding the area.

There are two keys to this portion of the plan coming together. Redevelopment efforts at East Harbour (i.e the Unilever site) call for the creation of a transit hub that would connect a relief line, SmartTrack, and existing streetcar connections. 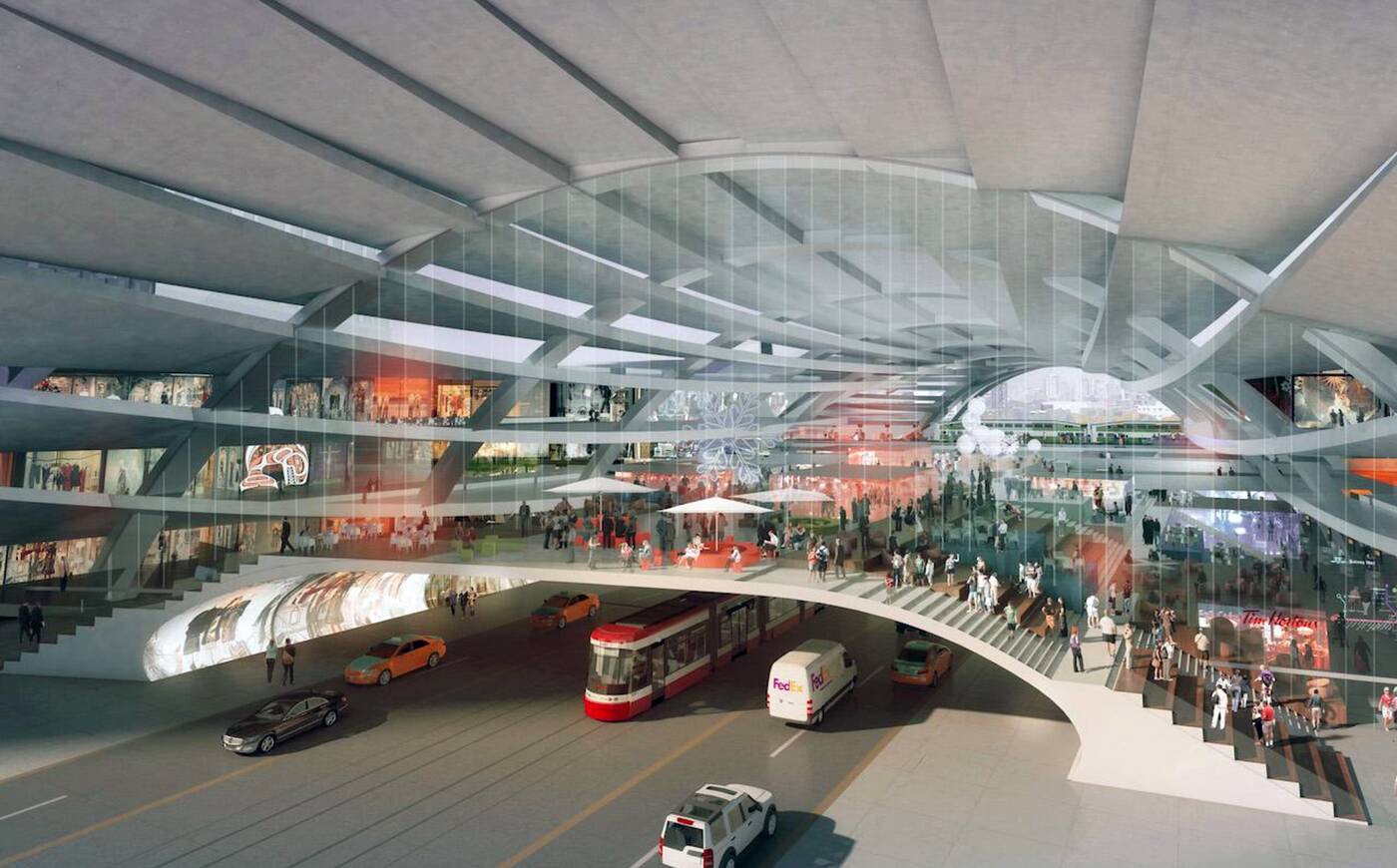 If and when this comes together, the extension of Broadview Ave. with a streetcar ROW would offer fast access to the Port Lands. It would also tie these two burgeoning neighbourhoods together, which could be huge given that East Harbour will be a giant office and retail complex.

Also crucial is the East Bayfront LRT. This has been in the works for ages without any progress beyond the environmental assessment, which was approved in 2010. With so much development planned along Queens Quay to the Port Lands, rapid transit is required along this corridor. 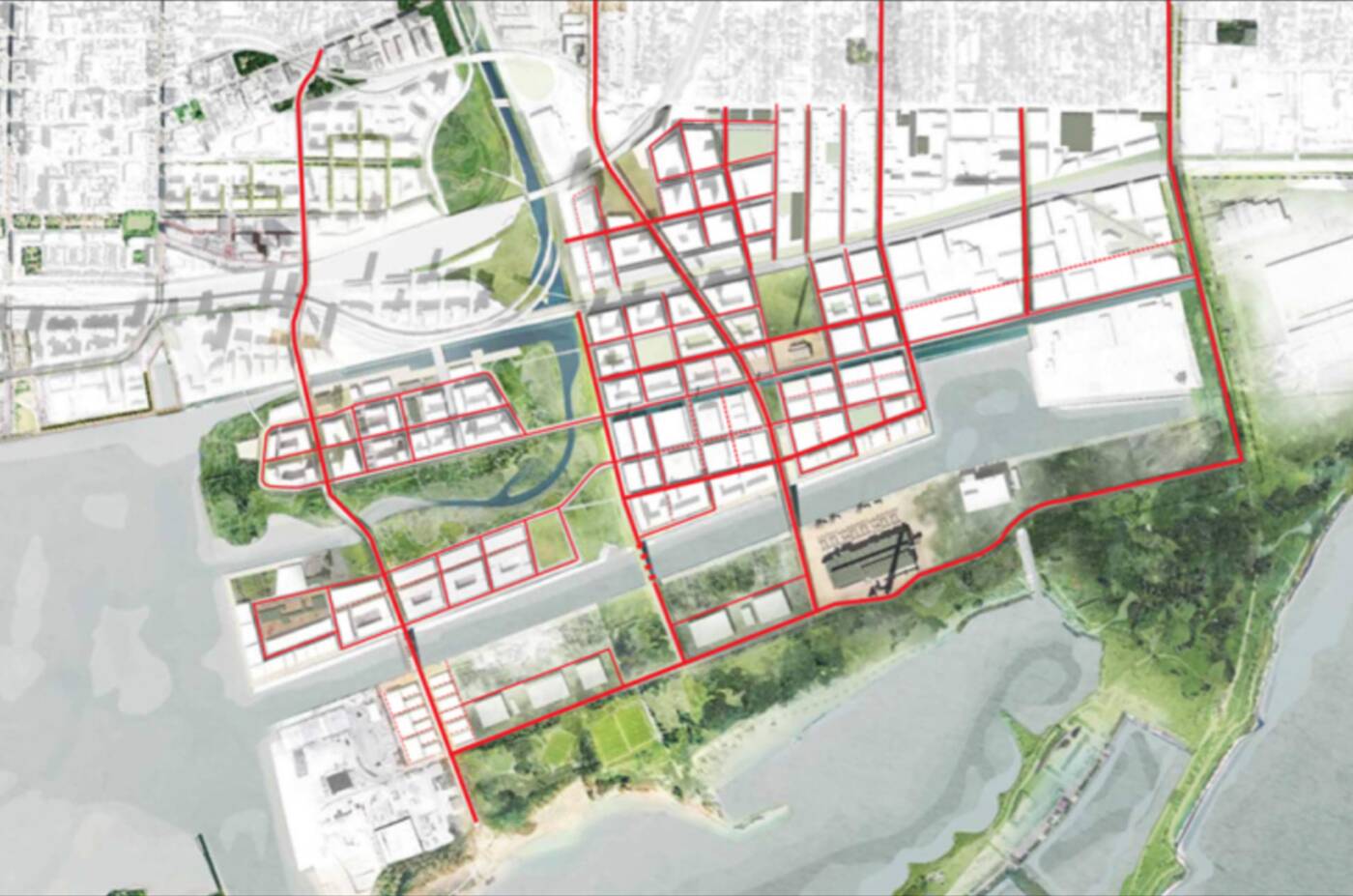 The proposed street grid for the redeveloped Port Lands. Map via Waterfront Toronto.

It's easy to get excited by master plans for new transit networks, but Toronto knows what it's like to wait in vain for the promised infrastructure. Will that be the case for the Eastern Waterfront? Don't count on it.

You can't redevelop the Port Lands at the scale that's been envisioned without new and robust transit options. So while it might take a long time to pull everything together, the will to re-envision this area from both developers and planners promises progress in the years to come.

Correction: An earlier version of this post indicated that Bayview Ave. was being extended south into the Port Lands, when in fact it is just the bike path that's been earmarked for expansion.