It's easy to get annoyed on the TTC. From fellow passengers who refuse to wear headphones while blasting EDM to others who forget to take off their backpacks on crowded trains, we all see a litany of etiquette faux pas on a daily basis. 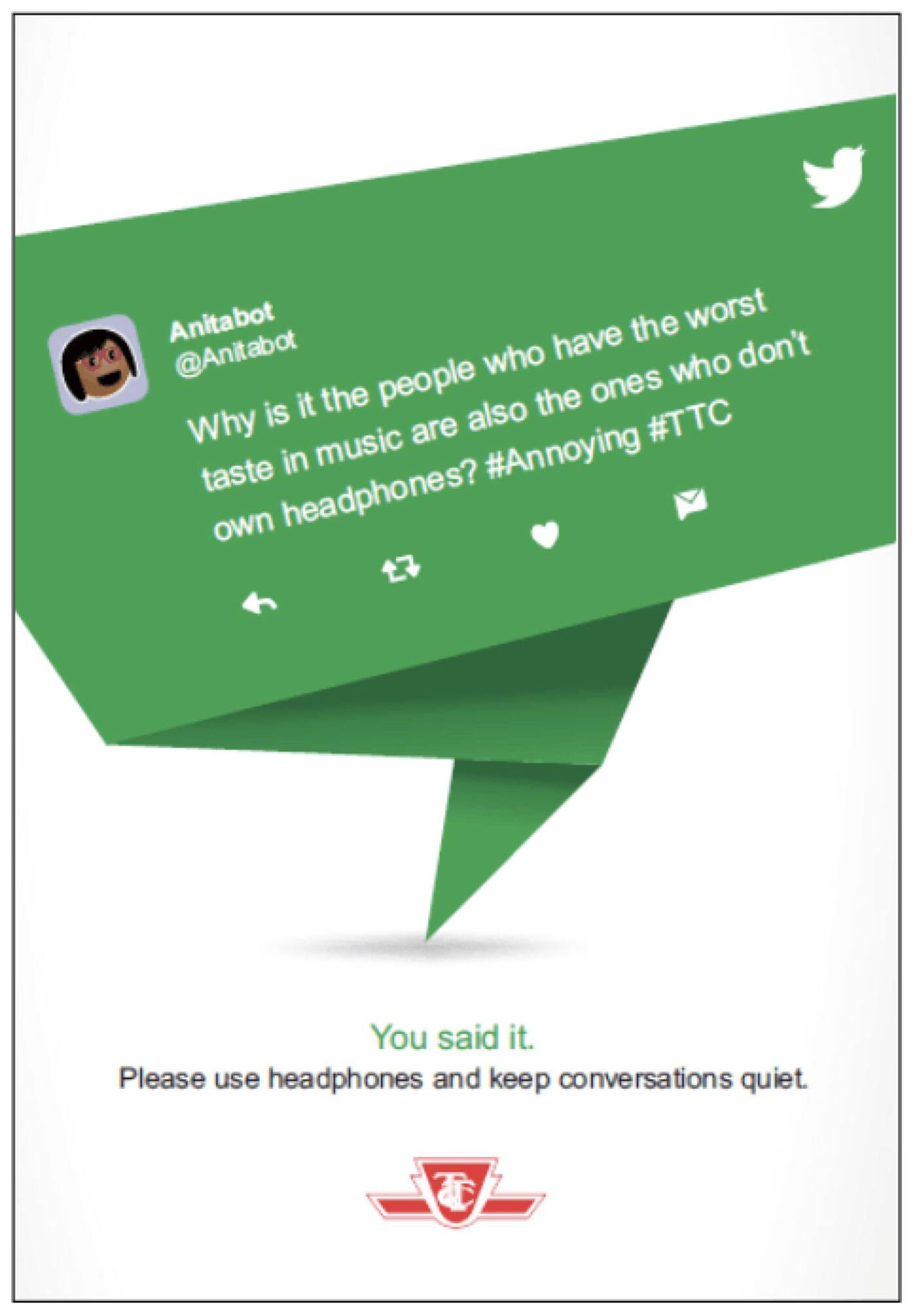 But a new campaign wants to change that. Spokesperson Brad Ross tweeted out photos from the TTC's latest etiquette campaign earlier today. 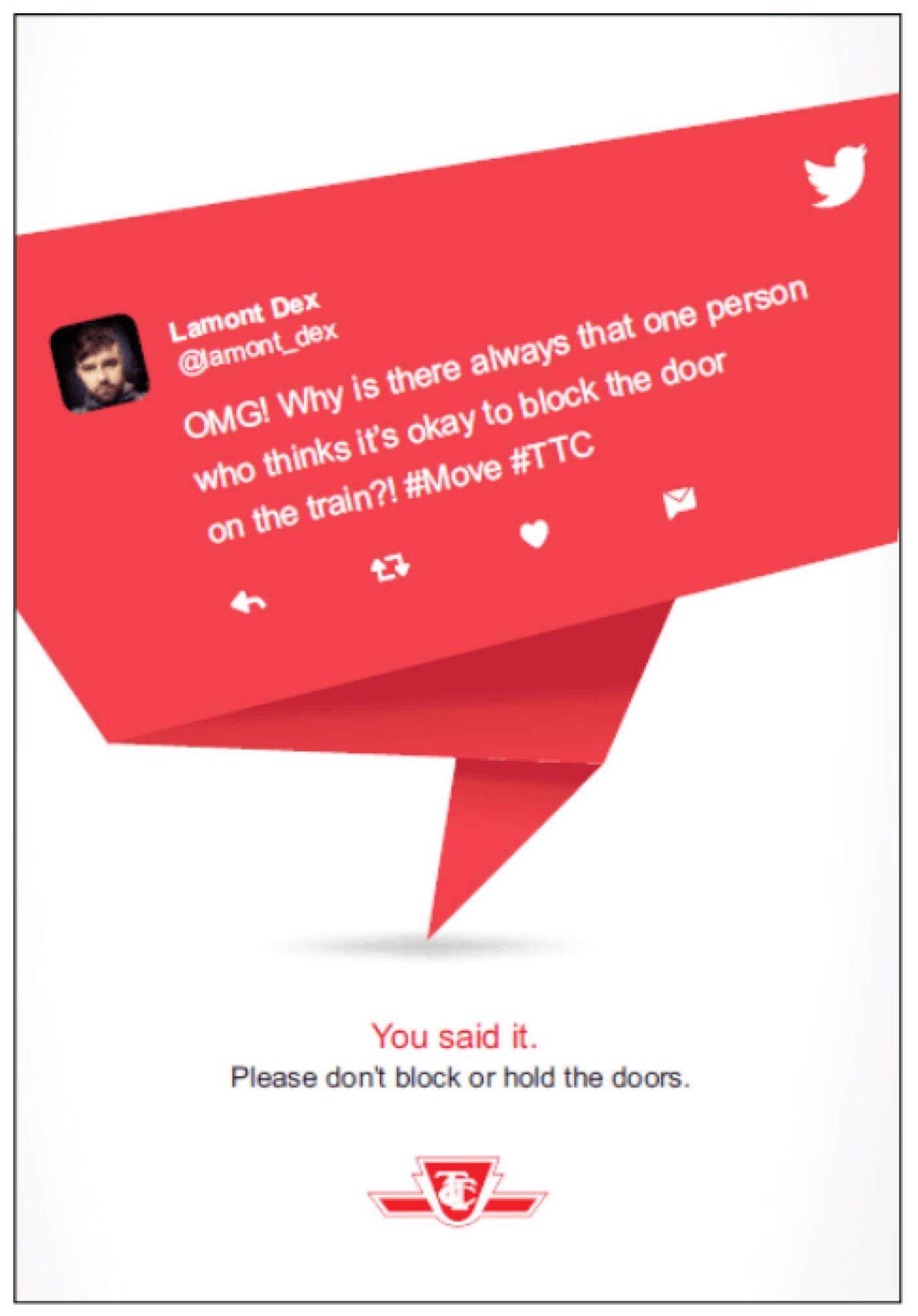 It's called "You said it" and the campaign posters, which will be rolled out next week, feature real (albeit slightly edited) tweets from TTC passengers. 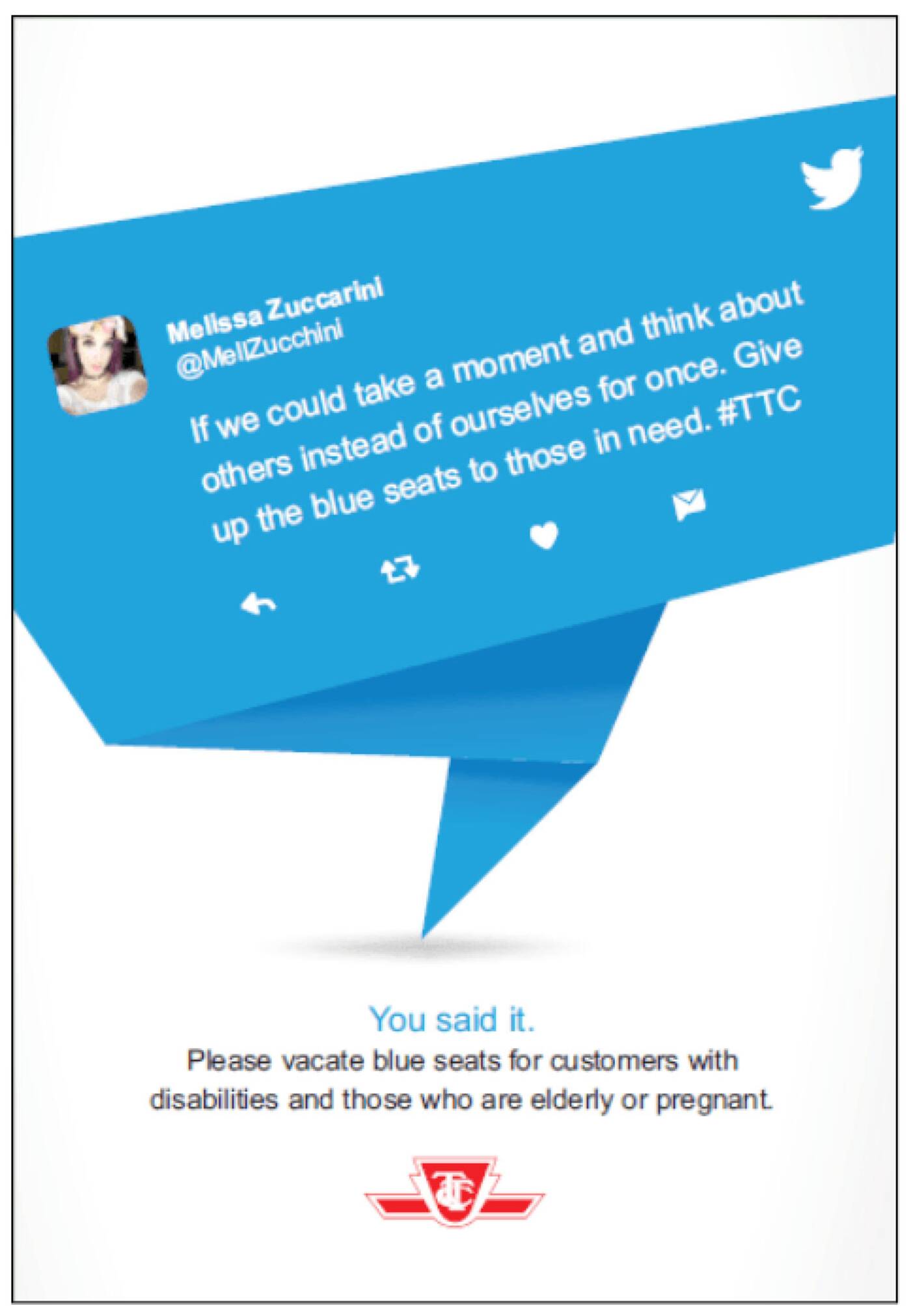 The Twitter-derived ads showcase the TTC's proclivity for using this social media platform as well as the common grievances we all experience taking public transit, as highlighted in one tweet that says, "There is nothing that annoys me more than someone who thinks their bag deserves a seat." 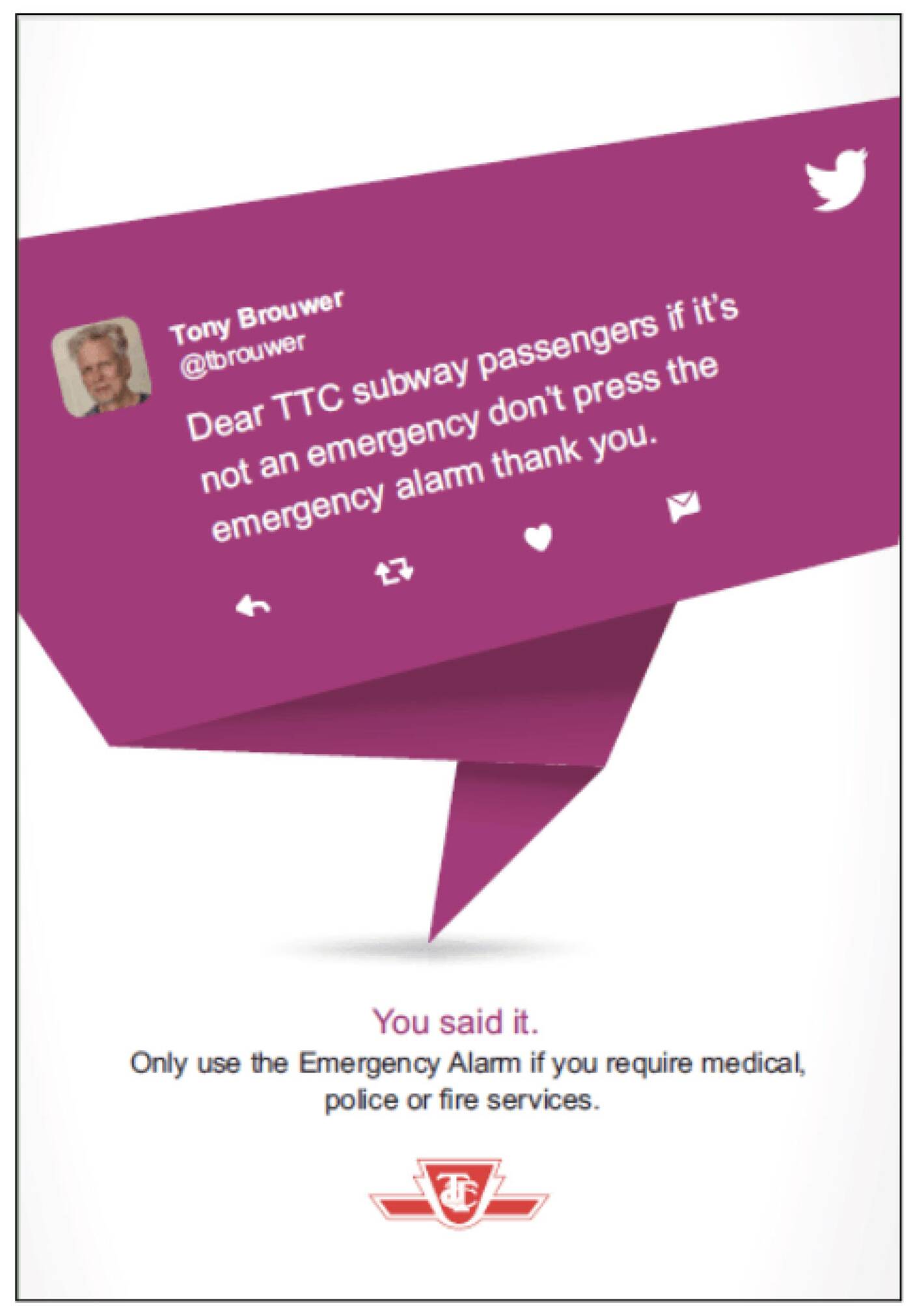 So far, it's unclear whether there's one that addresses those who rest their feet on a seat. Regardless, these posters will hopefully help all of us mind our manners. 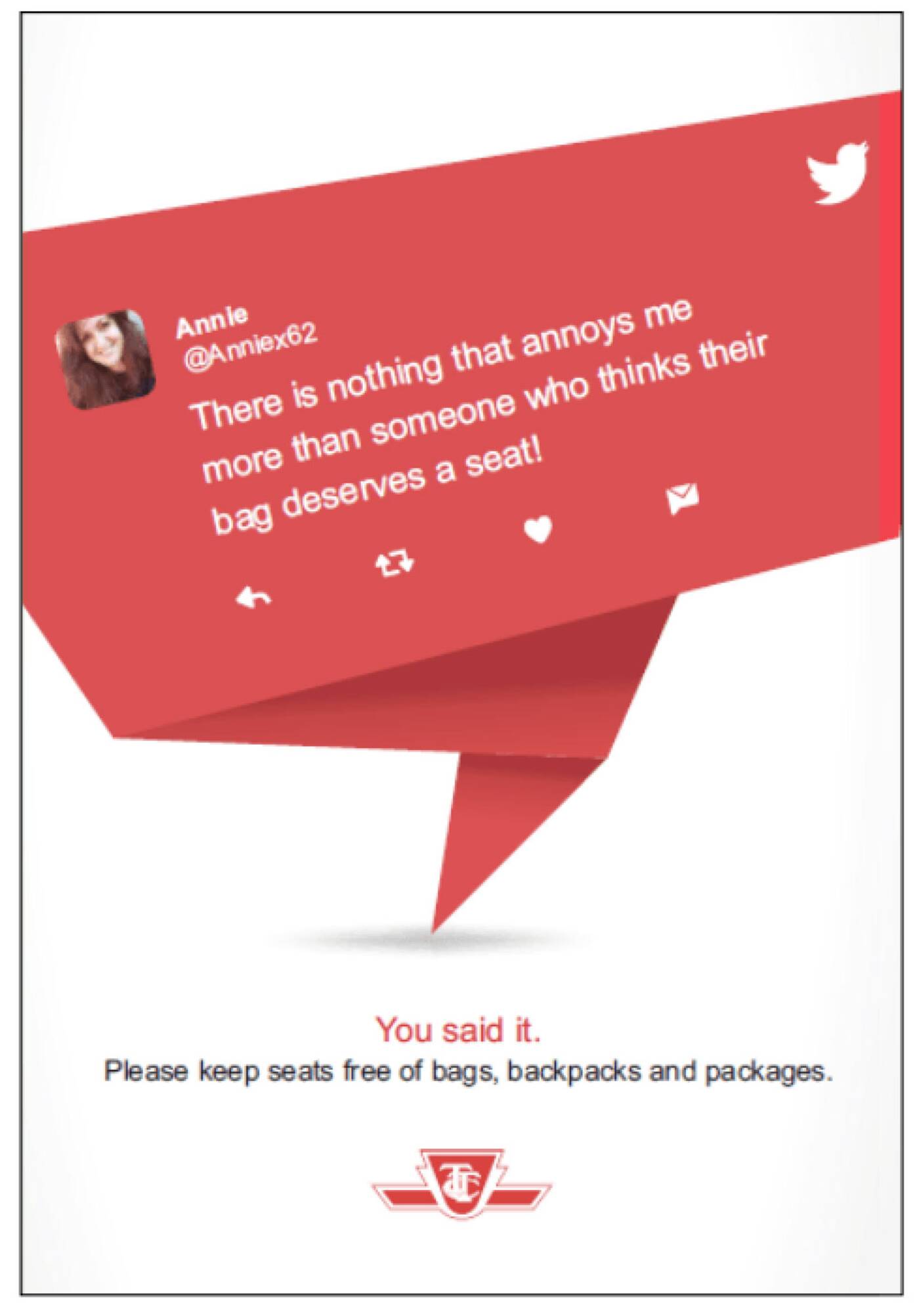