Get ready to feel winter's wrath, Toronto. A major storm is tracking towards the city that could dump as much as 25 centimetres of snow on Monday and Tuesday. This could be the biggest snowfall of the season, just when we thought we might head into spring mostly unscathed.

"Snow is forecast to begin over Southwestern Ontario during the day Monday then spread over much of the remainder of Southern Ontario Monday night through Tuesday," reads a special weather statement from Environment Canada. 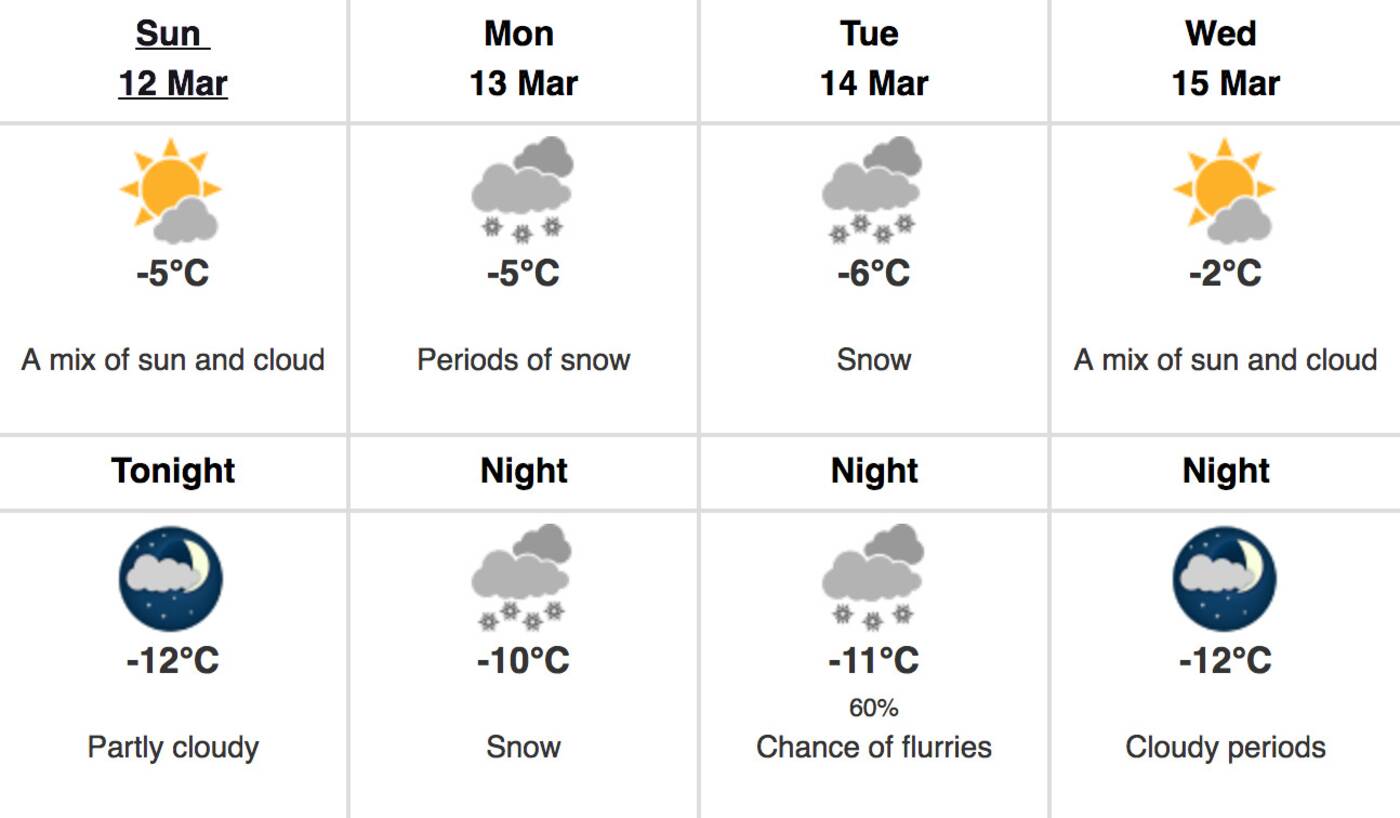 "Cold Arctic air already in place over the Great Lakes will ensure it will be a dry fluffier snow, resulting in localized blowing snow as winds strengthen during the storm."

Depending on when the snow hits the city, this storm has the potential to make for two nasty commutes. At a minimum it'll make for a difficult trip in to work on Tuesday as the bulk of the accumulation is expected Monday evening and overnight.

With high winds and blowing snow, driving conditions are also expected to be poor outside of rush hour. It could be a great time to give yourself a snow day.