The bizarre world of the Stockyards shopping mall

The Stockyards opened in spring 2014 to a great deal of curiousity. This new shopping centre promised to marry big box stores with an urban-inspired design, all while injecting new life into the north Junction neighbourhood.

Moreover, it was also home to one of the flagship Target locations in Toronto, which served as anchor for the mall. 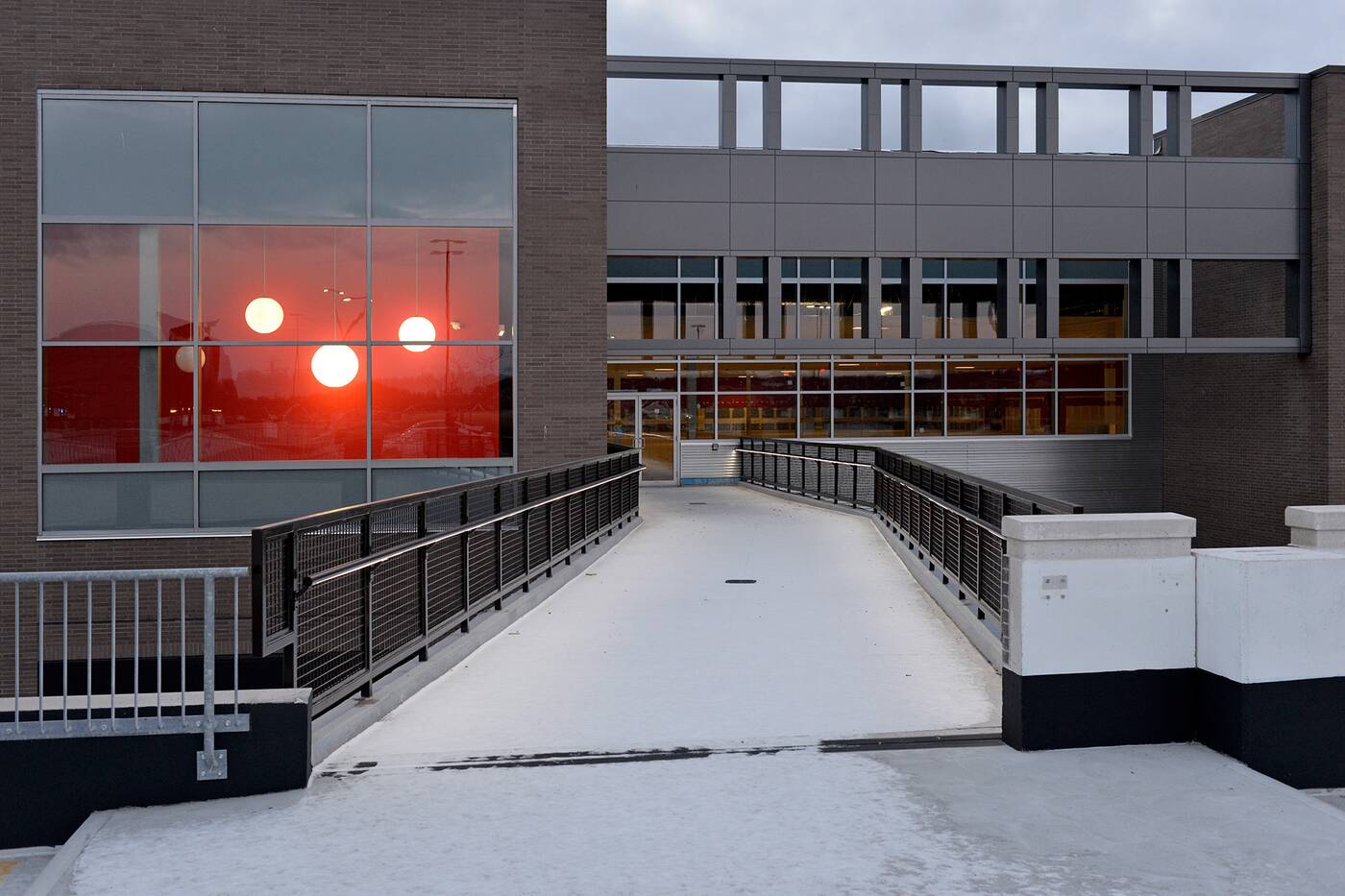 One of the upper level entrances to the now-closed Target store.

We all know what happened with Target. By early 2015, the US company had thrown in the towel on the Canadian market, leaving a few gaping holes in Toronto shopping centres, of which the Stockyards was one. 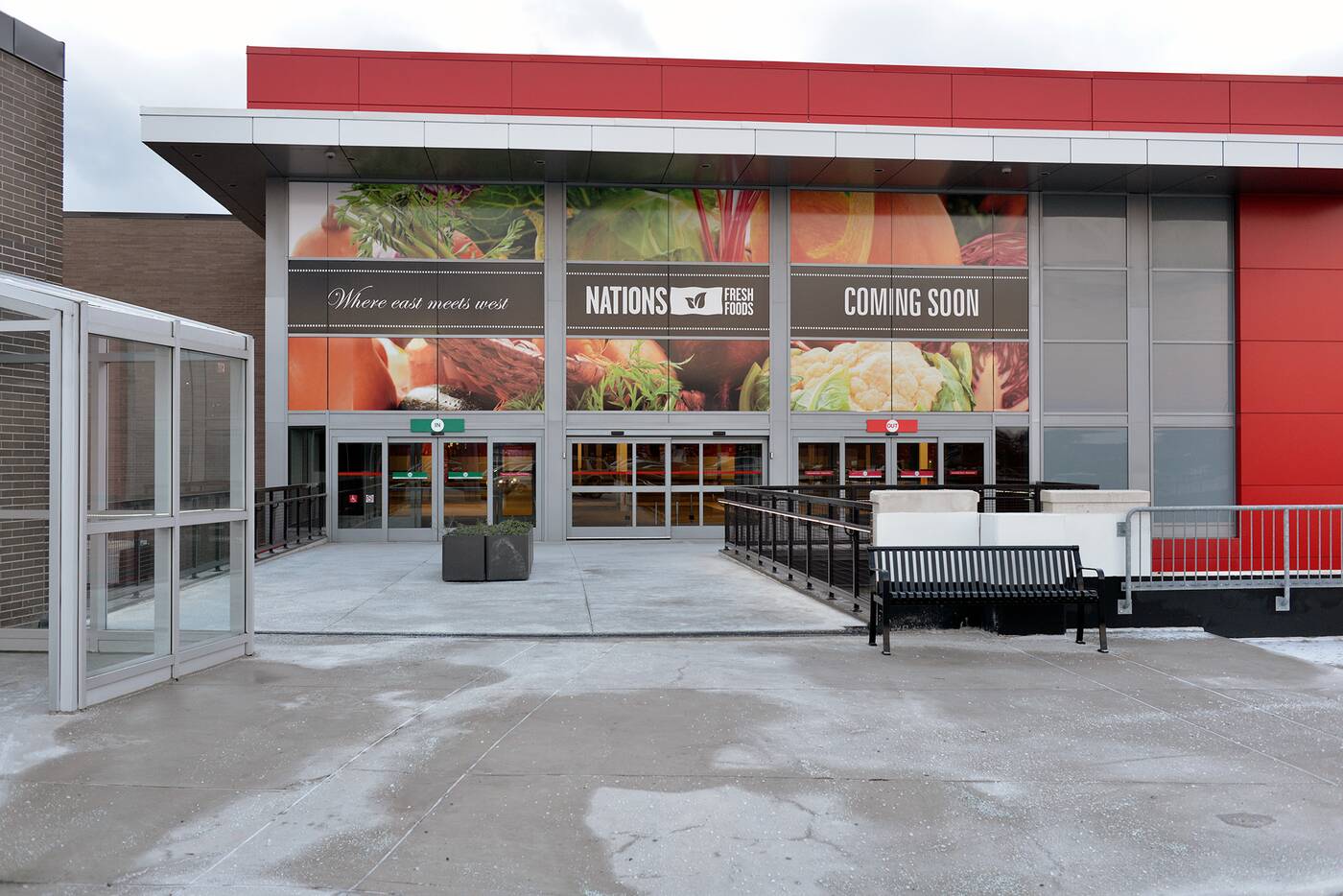 The coming soon signs are still up for Nations, but the interior of the former Target remains unchanged.

Despite news that a Nations supermarket would fill at least some of its space, some two years later the store remains frozen in time. This giant retail mausoleum is just one reason why the Stockyards has a strangely incomplete vibe.

The first thing that you notice about the place is the jaw-dropping amount of parking on offer here. With roughly 1,700 parking spaces to 30 some odd stores (not including restaurants), the place regularly feels empty when pulling in. Once you enter a store, it's almost a surprise to see how many customers there actually are. 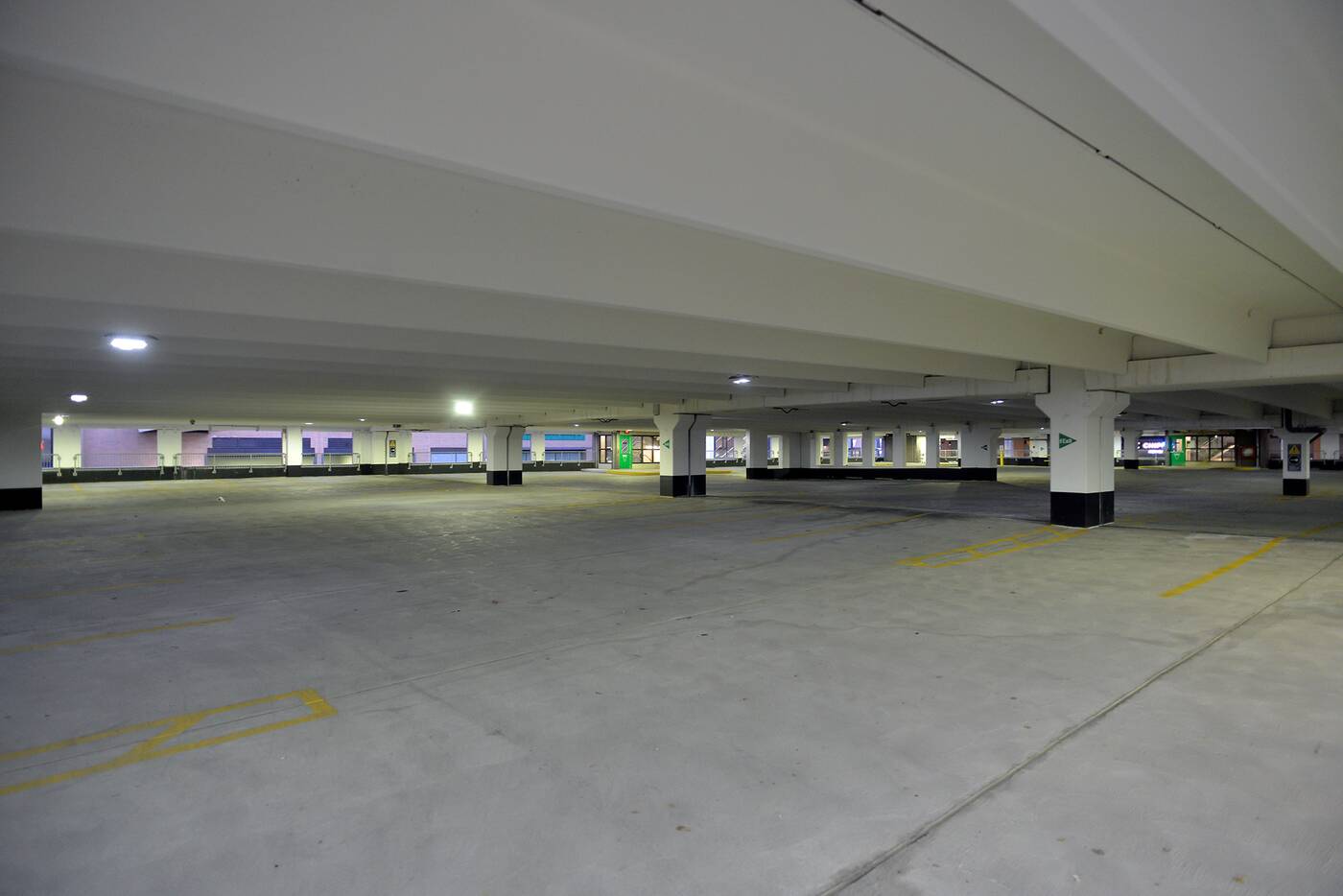 Second-level parking lot in the late afternoon on Friday, December 9, 2016.

With covered escaltors connecting the sprawling two-level plaza, it's difficult to get a sense of just how many people are shopping at any given time without looping around to satisfy a strange suspicion that you've entered a Kafkaesque world where consumers appear out of nowhere to make their purchases before once again vanishing into thin air.

The design of the Stockyards is odd for many reasons, but perhaps the most obvious one is that it seems like it should be located in Florida or some other warm-weather state. Because the mall is split not just into two levels, but also into north and south sections, you can't generally park in one place if you're planning to visit a number of shops. 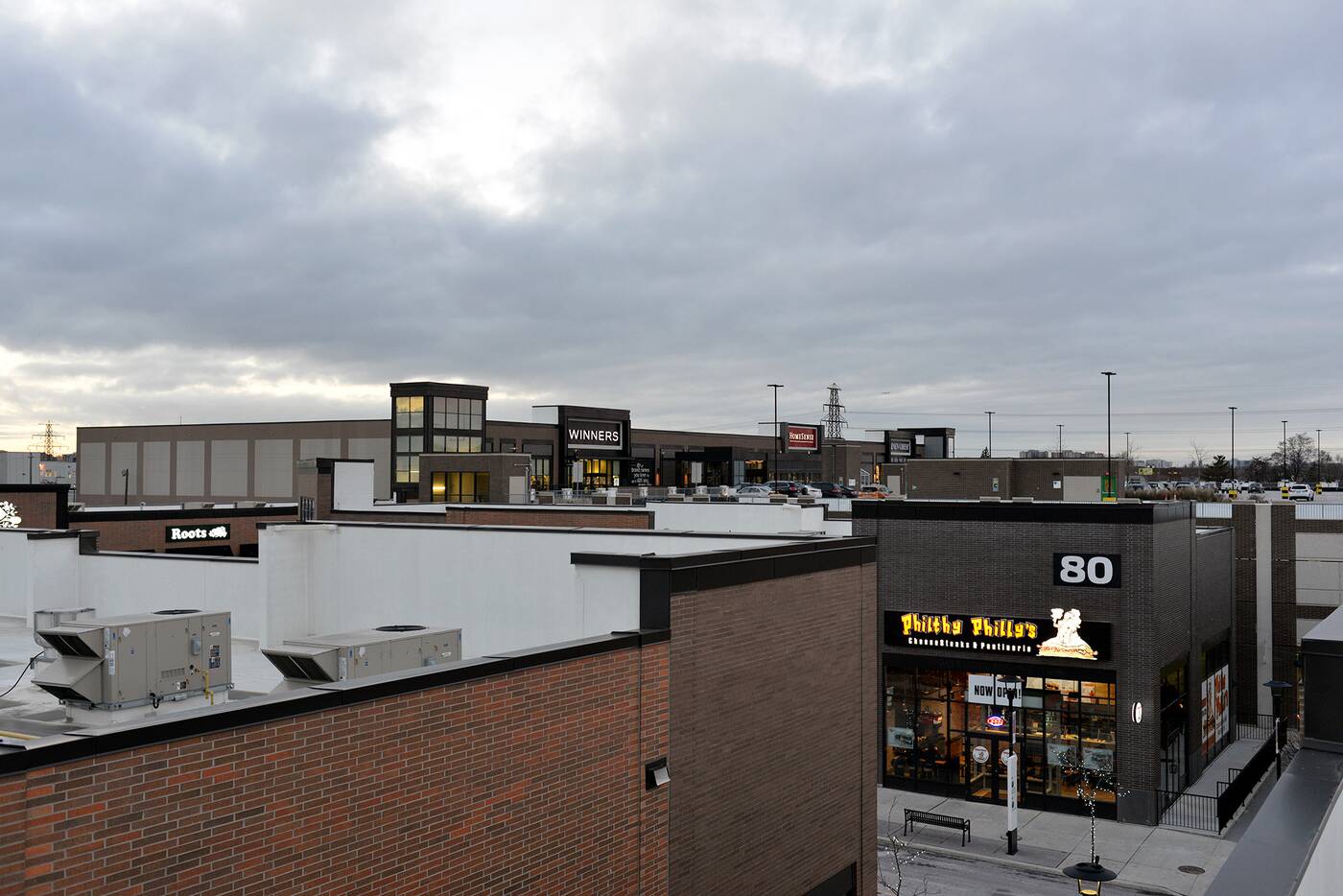 You can get there from here. From the upper level, the Stockyards is divided.

Looking from one second-level parking lot to another feels like gazing at a distant land. From these vantage points, this village, as it is officially referred to, is entirely divided â not a good trait for a shopping centre in a city that experiences cold winters.

But it gets stranger still. You wouldn't necessarily know it to drive by unless you took the time to read all the signs, but there are a lot of restaurants here, and many of them are way busier than you'd think given the utter lack of a human presence outside their doors. On two recent visits, the Shoeless Joe's, Five Guys Burgers, and Second Cup were all packed.

If you build it, they will come, even if it's unclear how they arrived. For the semi-abanonded vibe that the Stockyards puts off, there's actually plenty of activity here. It just happens to be in restaurants and retail spaces separated from one another, so you never get a holistic sense of the place. 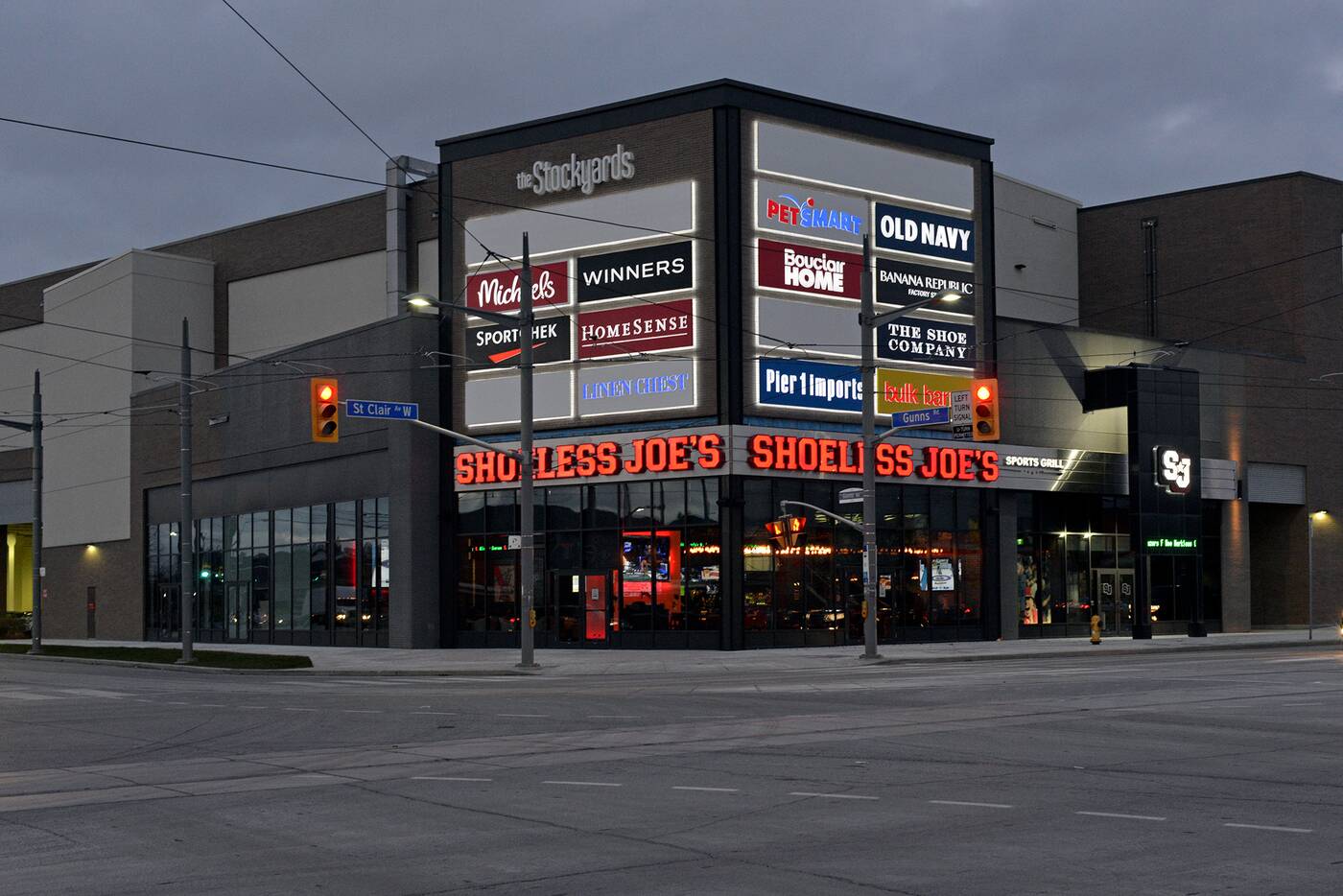 This isn't the case at the Shops at Don Mills, a somewhat similar urban-suburban outdoor mall, which feels more integrated for its lack of multiple levels and, perhaps ironically, the fact that it has less parking.

Is the Stockyards destined to become a failed mall in Toronto? Surface appearances aside, that doesn't seem likely. While some urban design experts might lose sleep over the layout, the demand for the retailers here is simply too high for a little navigational confusion to keep people away.

It might be bizzare place, but at bottom it's useful.