Long considered the bleakest academic campus in the city (if not the country), York University is steadily shedding this troubling reputation as it's reshaped with buildings of the highest architectural merit. Now, it has another gem to boast about as work gets under way on a stunning new student centre.

While the gorgeous recently completed Bergeron Centre served as an exclamation point on a decade's worth of mostly design-oriented construction at the northwestern Toronto campus, the university isn't slowing down with its expansion plans. The latest addition will dramatically improved the student facilities on campus with a new social hub and modern study centre. 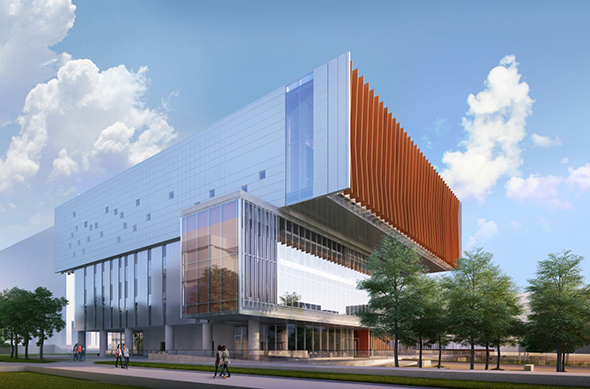 The predominantly glass structure will be home to study and lounge spaces, musical studios, a large-scale event space, and offices for various student clubs. The current student centre at York is recognized mostly for its status as a fast food court and lacks the type of amenities promised by the new complex. 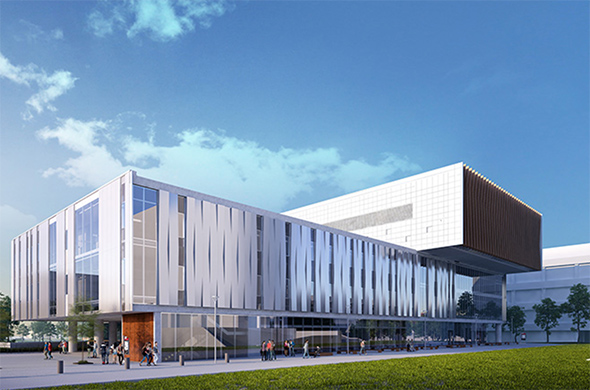 Architects CannonDesign worked closely with students to craft a space that would conform to their desires. The resulting interior design aims to be defined by its communal lounge spaces, something which the campus has never had enough of. 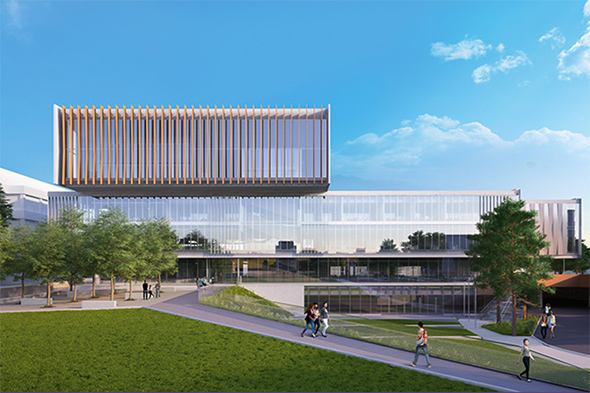 As a commuter school, many students can't go back to a residence between classes. Having comfortable spaces to study is crucial. The glass design is also a key feature, which is meant to keep the building open to the campus at large, a design principle largely absent from early buildings at the university.

The new student centre isn't expected until 2018, shortly after the Spadina Subway Extension is supposed to open. With an improved campus and subway access, York might be set to enjoy significantly increased interest from prospective Toronto university students