The Bloor-Danforth subway, or Line 2 as we now tend to call it, turned 50 today. I can't tell if that makes it old or if it's noteworthy that Toronto has only had an east-west subway line since the mid-1960s. I'm going to go with the latter, if only because the idea of building subways in this city dates back to 1910.

In any case, Bloor-Danforth changed everything. For years the plan had been to build something akin to modern conceptions of the Downtown Relief Line, which would service midtown before dipping down along Queen St. Former TTC Chair Allen Lamport eventually convinced the city to build in a (mostly) straight line further north, which has shaped Toronto's development greatly.

One of the advantages of this plan was the TTC could finally put to use the oldest bit of infrastructure it had access to, namely the Bloor Viaduct (completed in 1918). Can you imagine what a kick it would have been to ride across the bridge in a subway car for the first time? 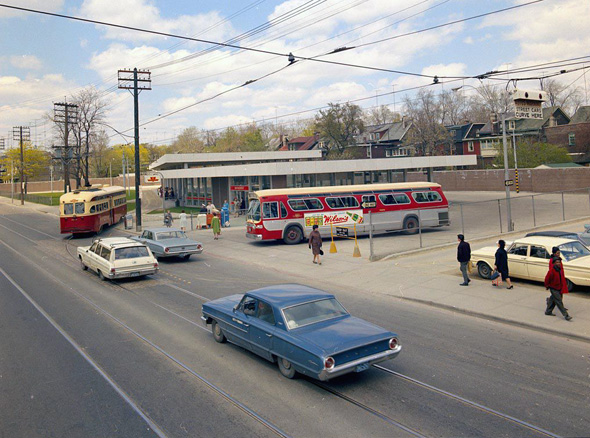 When the line first opened in 1966, it extended only between Keele and Woodbine stations, though extensions two years later would bring it to its current length at just over 26 kilometres. In other words, it was a massive undertaking -- one that has yet to be matched by transit expansion projects since.

Looking back at photos when Bloor-Danforth first opened, one notices how sparklingly clean the stations were, how well dressed riders tended to be, and the fact that the current green colour-scheme was yet to be put in place (it was originally yellow, to the Yonge Line's red). It was a different time, marked, if nothing else, by the fact that back then Toronto could get huge subway projects built.

Check out more photos of what Line 2 looked like when it was brand new. 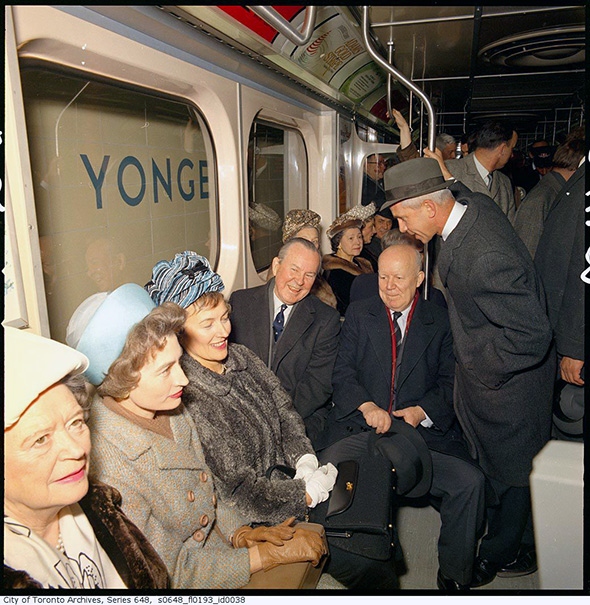 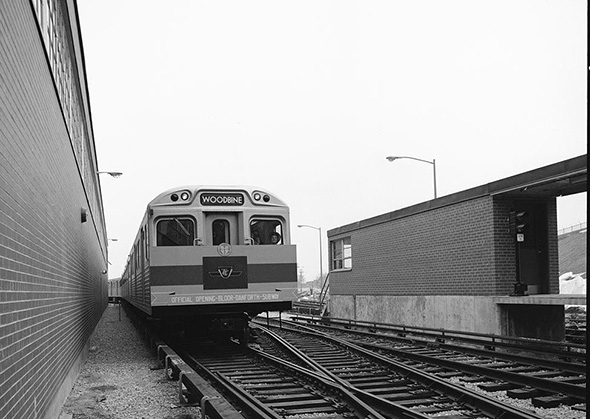 Inaugural ride along the Bloor-Danforth Line. 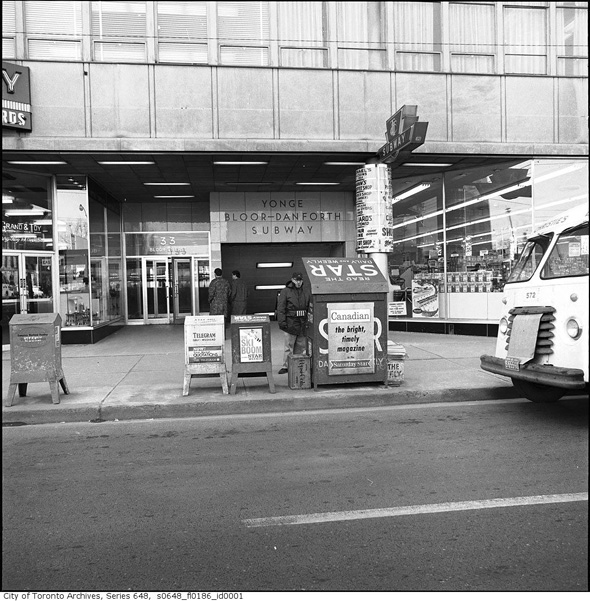 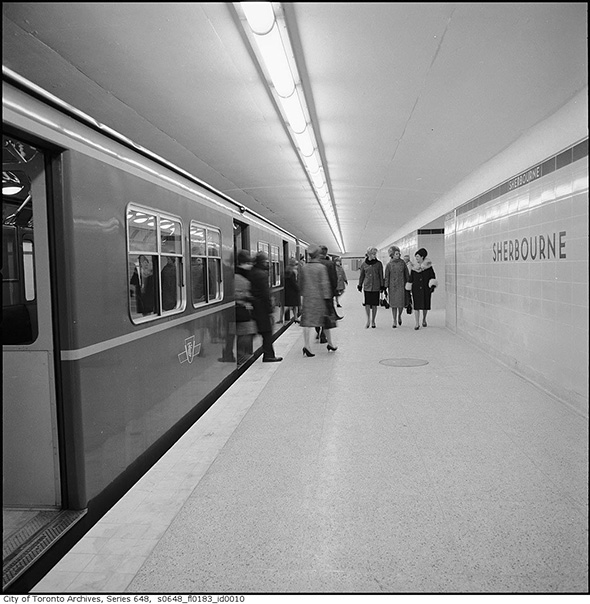 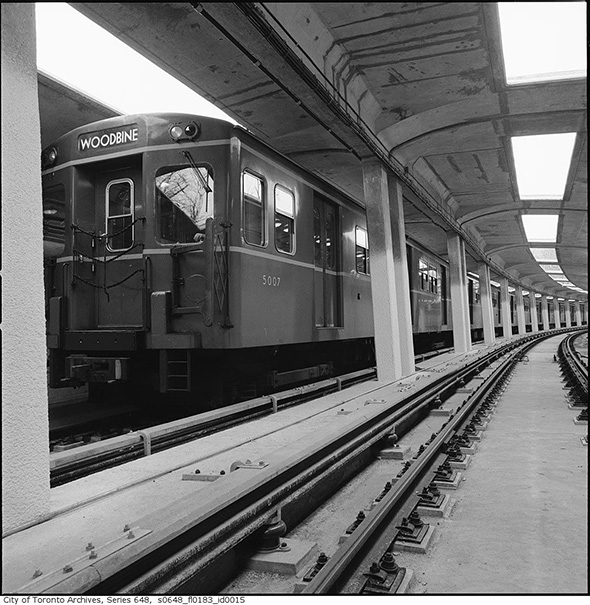 A subway car passes along the Rosedale Valley Bridge towards Castle Frank Station. 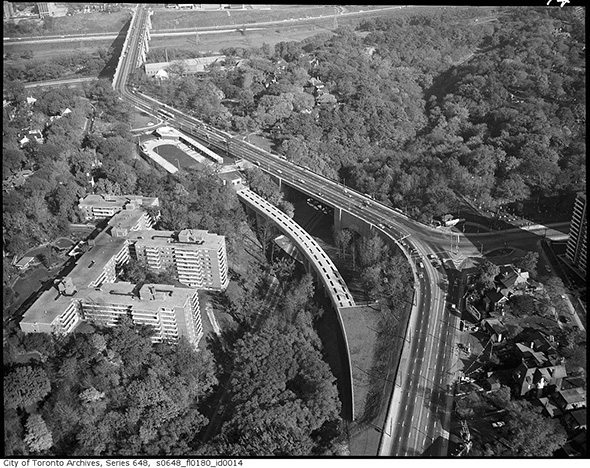 Aerial view of the Rosedale Valley Bridge, designed by John B. Parkin. 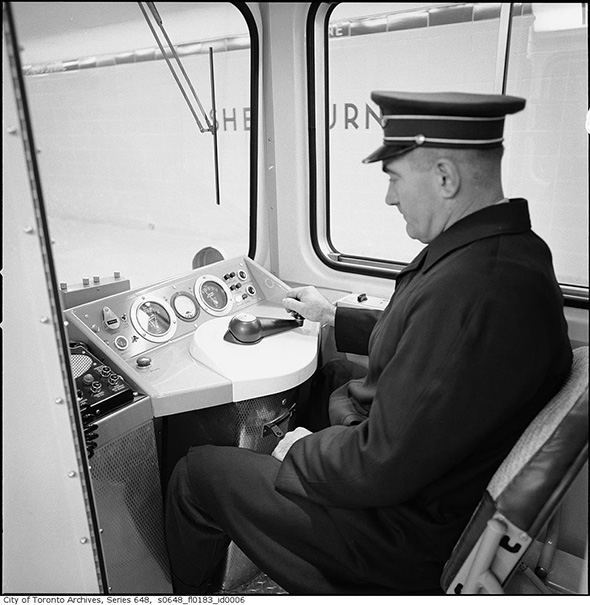 A TTC driver tests out the new line. 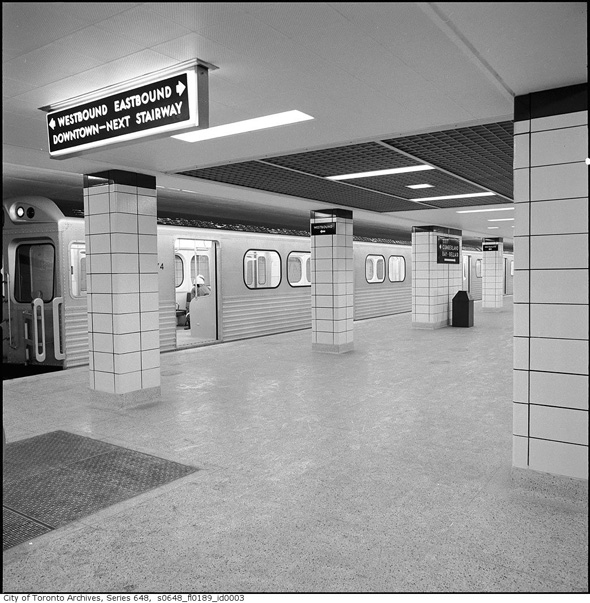 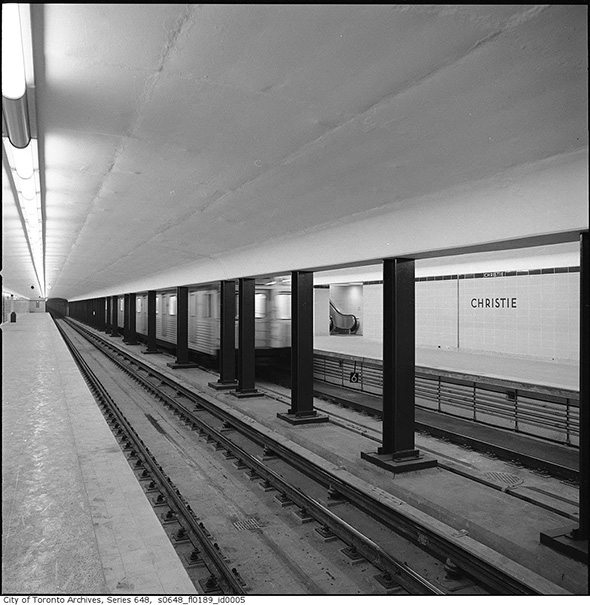 Christie Station looking anything but drab.