This is what Toronto looks like from more than 50km away

Thanks to the geography of the areas surrounding Toronto, ours is a city that boasts striking views from over 50 kilometres away in multiple directions.

The iconic CN Tower-anchored skyline can be viewed from various points across Lake Ontario but also the Niagara Escarpment to the northwest.

It's tough to pick a favourite angle, though it's worth noting that the view from Grimsby offers a rather remarkable example of the Earth's curvature, where the bottom half of the Rogers Centre sits out of view (if you climb up the escarpment, it mostly comes back). 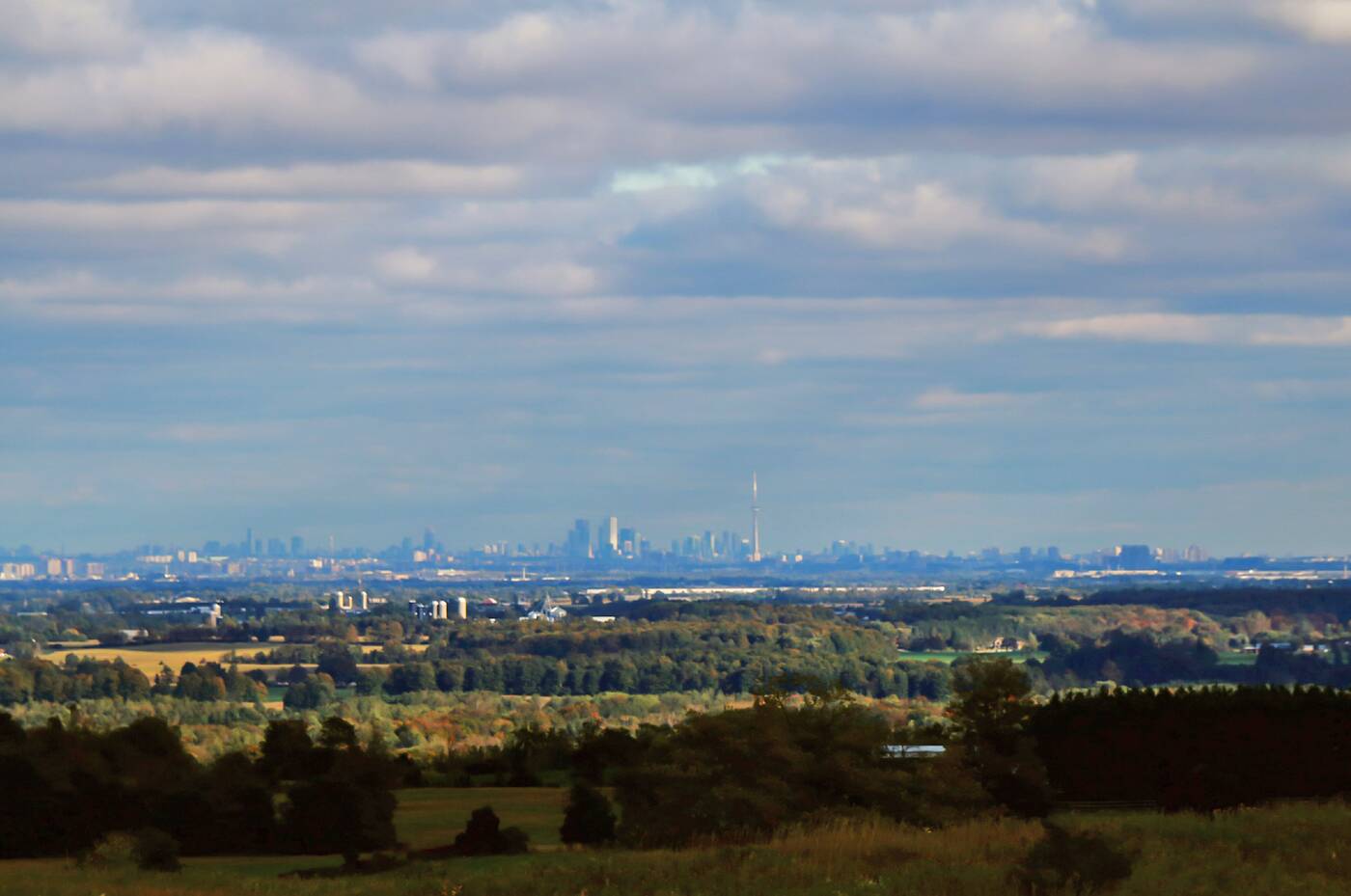 Toronto from from Caledon by Iain Bell.

Naturally the type of lens you use to capture the distant skyline determines the perspective it's shown in. 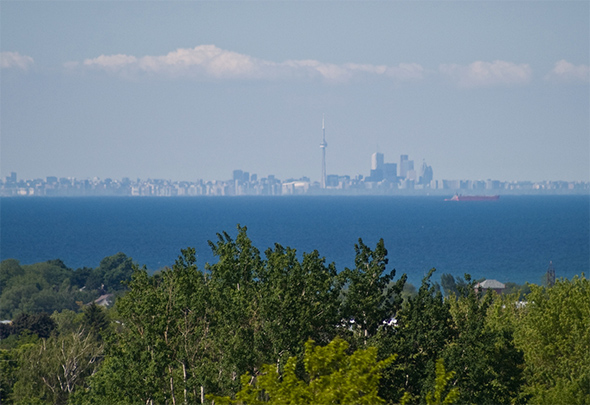 Telephoto lenses visually compress space, so with a little foreground and a central object that's far away, you can create the illusion that Toronto is much closer than it really is. 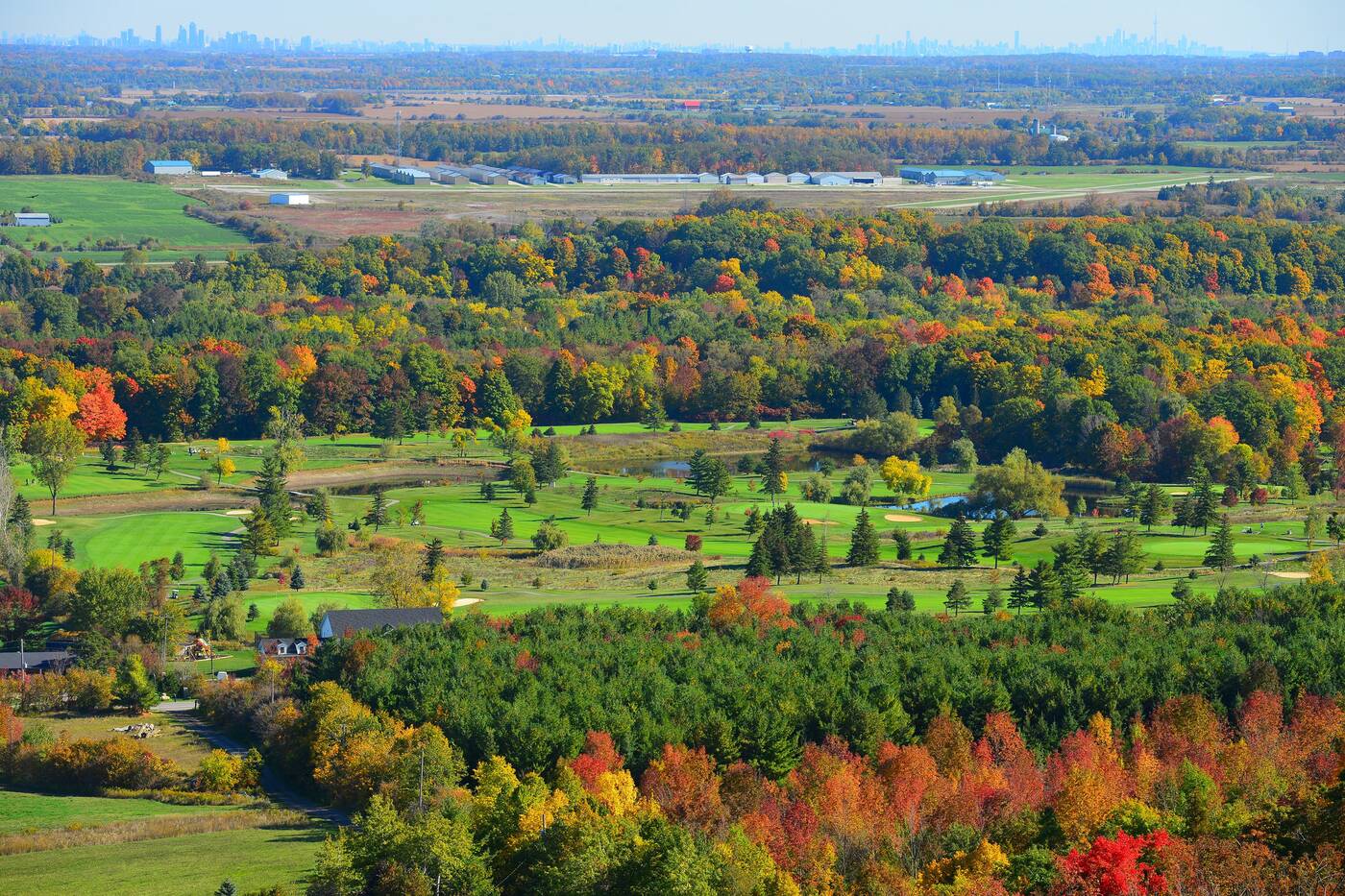 The skyline in the distance from Mount Nemo. Photo by Alex Meoko.

But really the key to all of these photos, whether zoomed in or out, is the CN Tower. 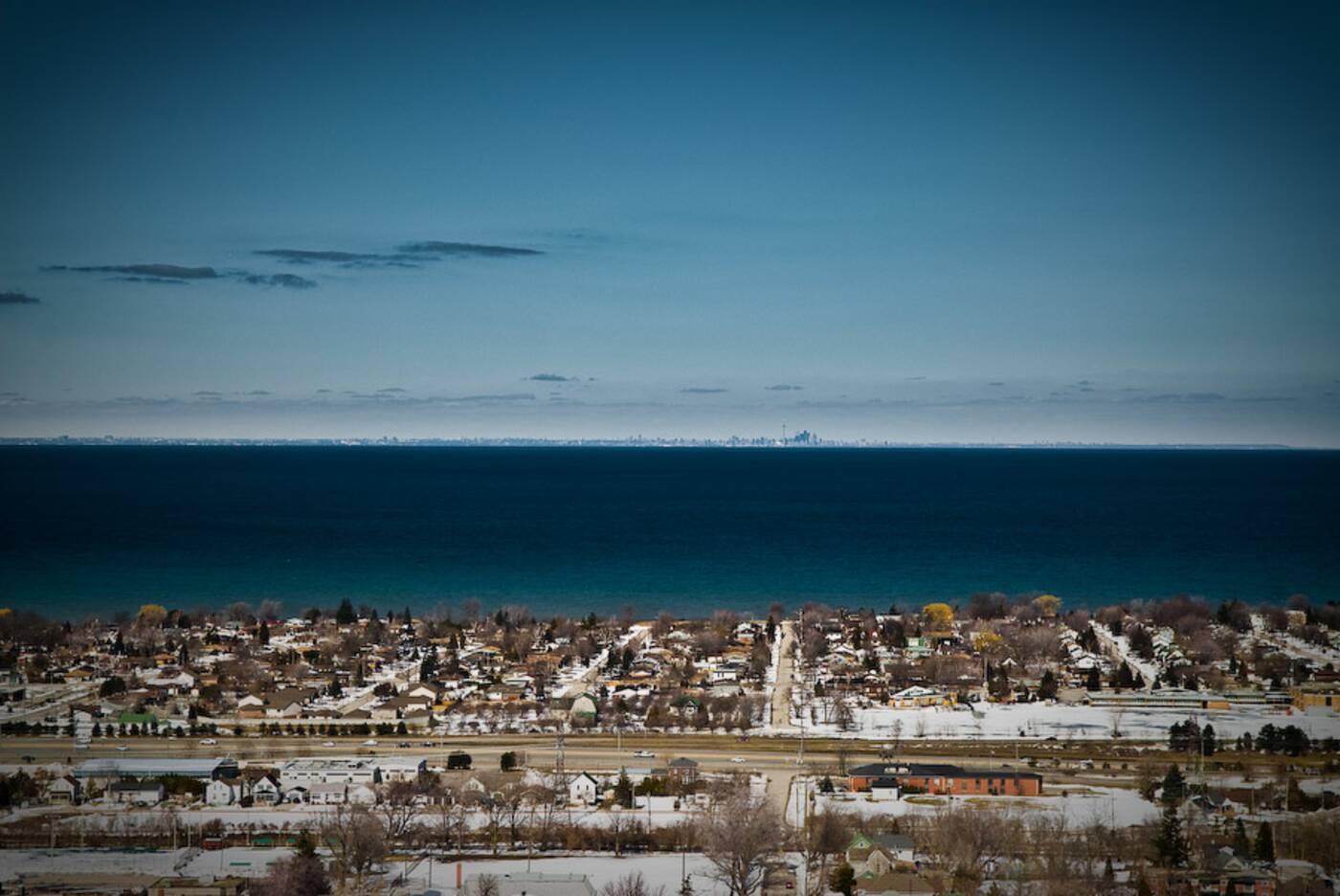 Toronto from Grimbsy by ethervizion.

Naturally it's the most recognizable structure in any skyline photo of Toronto, but when you are shooting from more than 50 kilometres away, the unmistakable shape of it never fails to pull the photo together by proving a focal point. 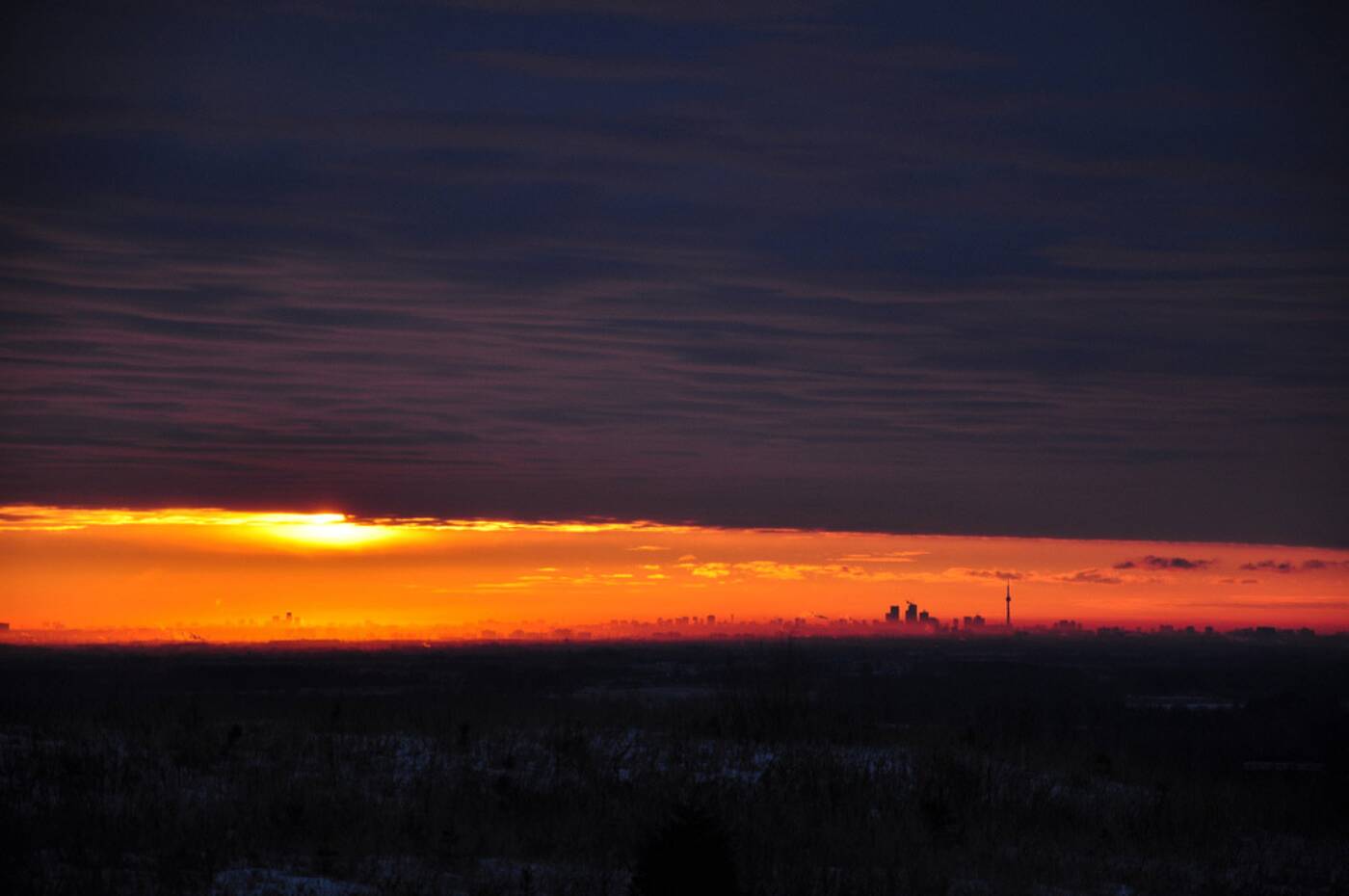 Toronto from Caledon by John Church.

In the absence of this landmark, we'd hardly know what we were looking at.