The 10 most breathtaking views of Toronto

The most breathtaking views of Toronto delight passers-by, professional photographers and amateur Instagrammers with new ways to appreciate the city. Whether at dawn or dusk, these locations give us all a chance to marvel at the metropolis we call home.

Here are my picks for where to go for the most breathtaking views of Toronto.

Grab a hot beverage from Rooster Coffee House and enjoy it as you walk north up Broadview. It's what Daniel Radcliffe and Zoe Kazan did in the rom-com The F Word and it's the perfect way to admire the city as its skyscrapers loom just beyond the park. 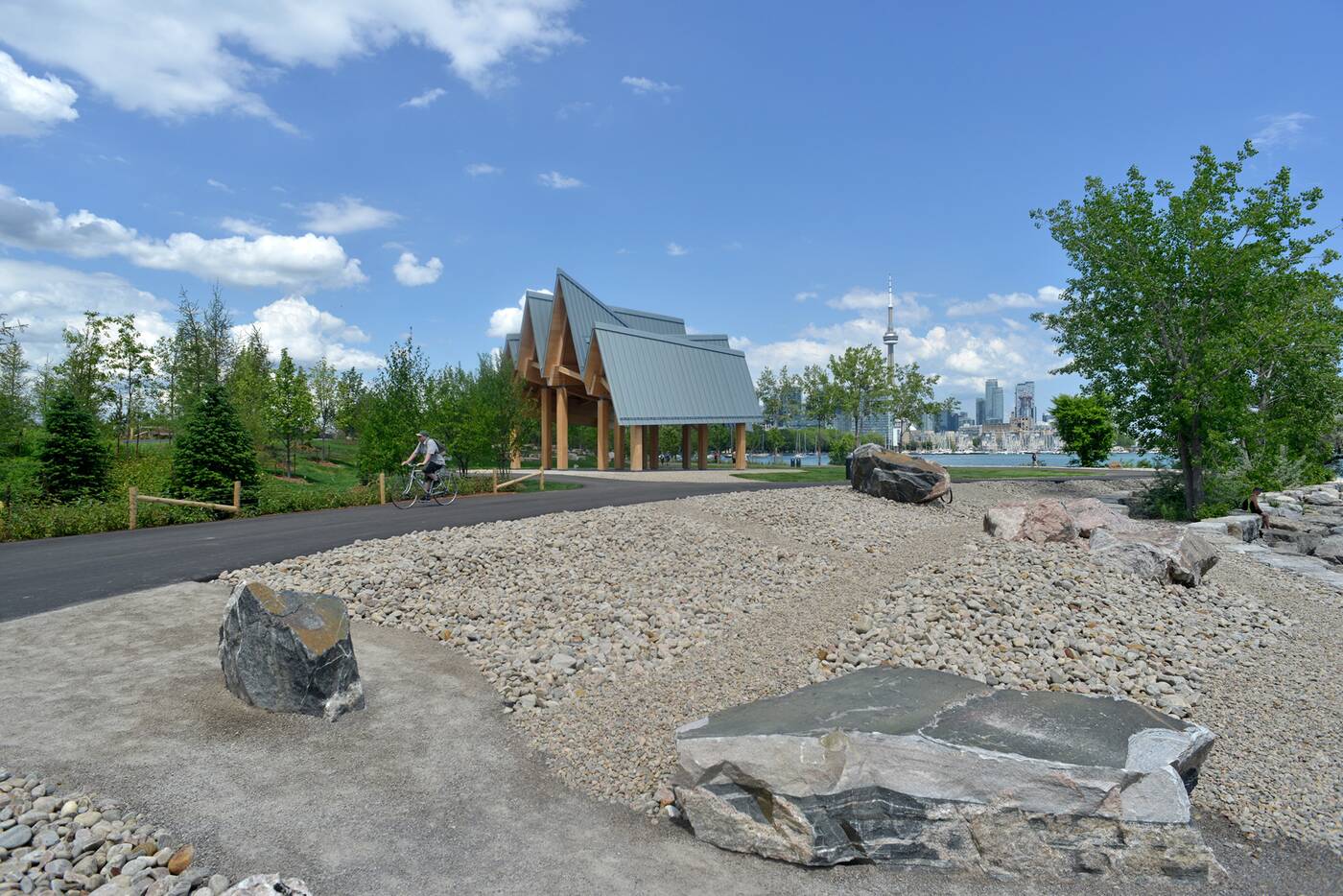 Views of the Toronto skyline don't get much better than the one from Trillium Park. photo by Derek Flack.

Ontario Place is home to a stunning waterfront green space. One of the real standouts of the park is the amazing view of the Toronto skyline and water. Whether you're taking a stroll or going for a bike ride, you'll find yourself stopping and admiring the surroundings. 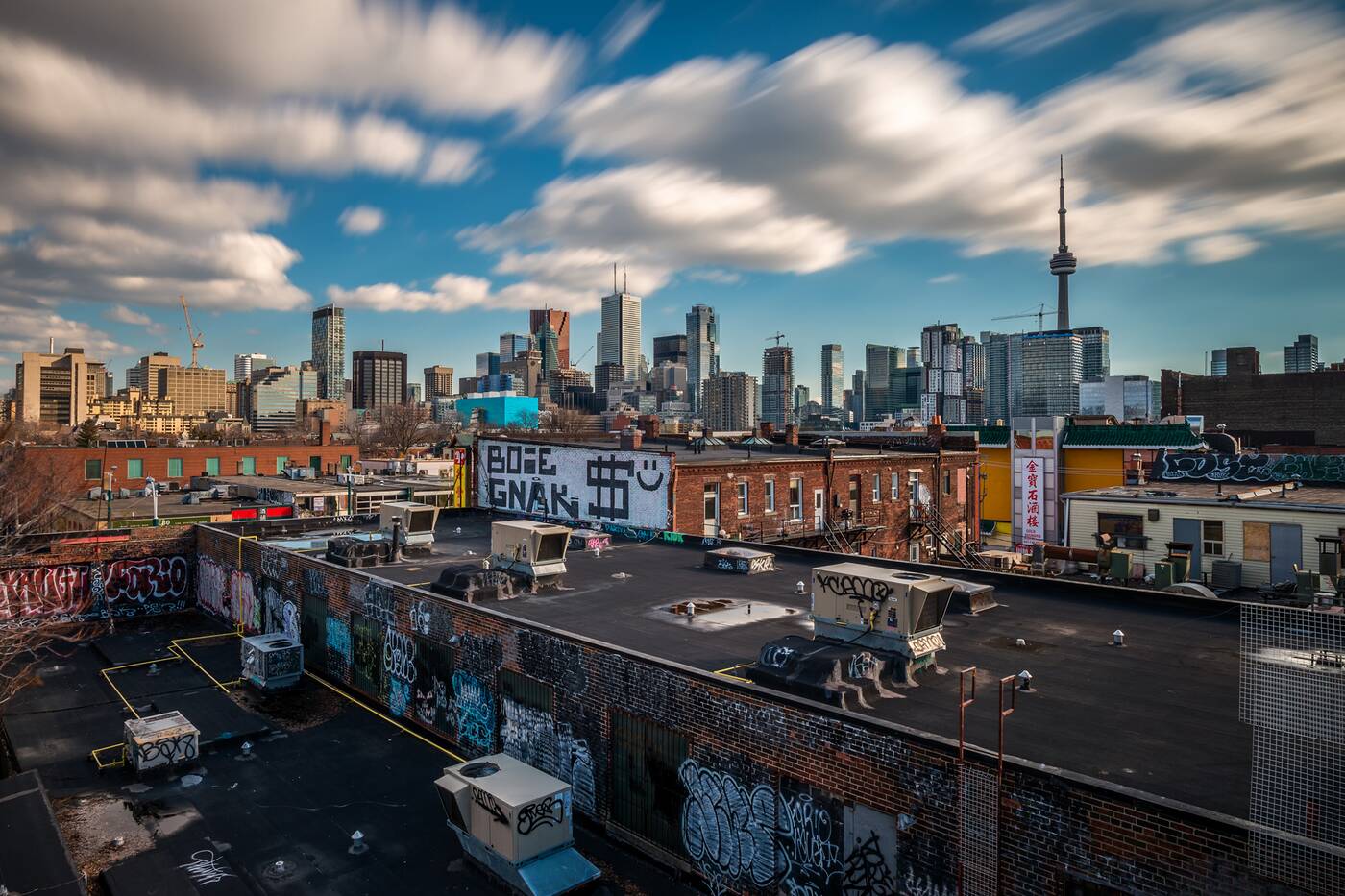 Climb up to the top of the anonymous parking structure in Kensington for a stunning view of the skyline. Photo by John Briggs.

It doesn't look like much from street level, but climb to the top of this parking garage on St. Andrew St. at dusk and you'll be treated with one of the best views of Toronto you'll ever witness. Unlike lakeside vantage points, this view shows off Toronto's dense urbanity. 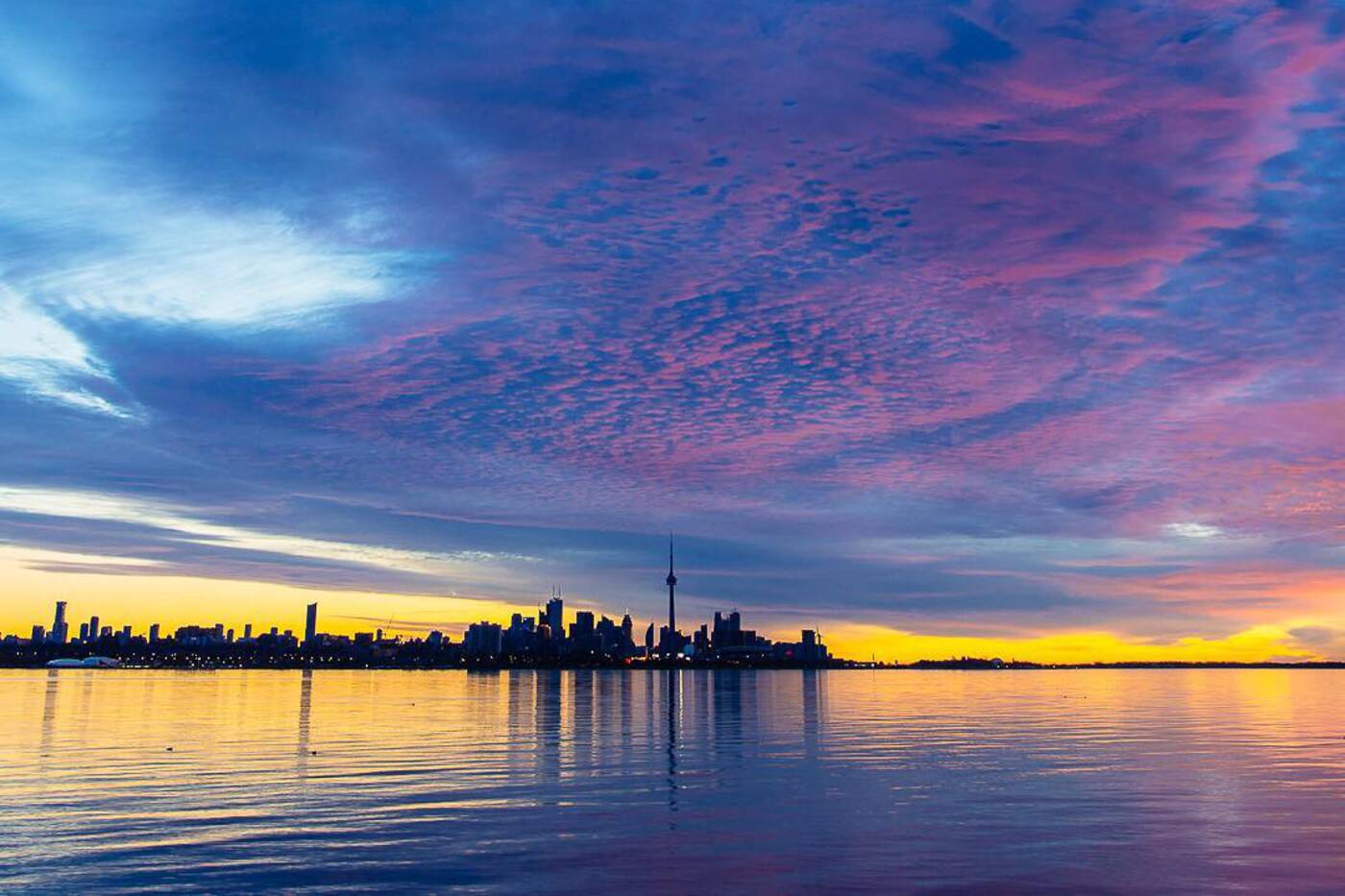 Humber Bay is one of the best destinations to catch the sunrise in Toronto. Photo by Taku Kumabe.

This picturesque spot in the city's west-end is a favourite of cyclers, joggers and photographers. You can view the skyline from the area's iconic arch bridge, or venture into Humber Bay Park before dawn to watch the sun rise over the city. 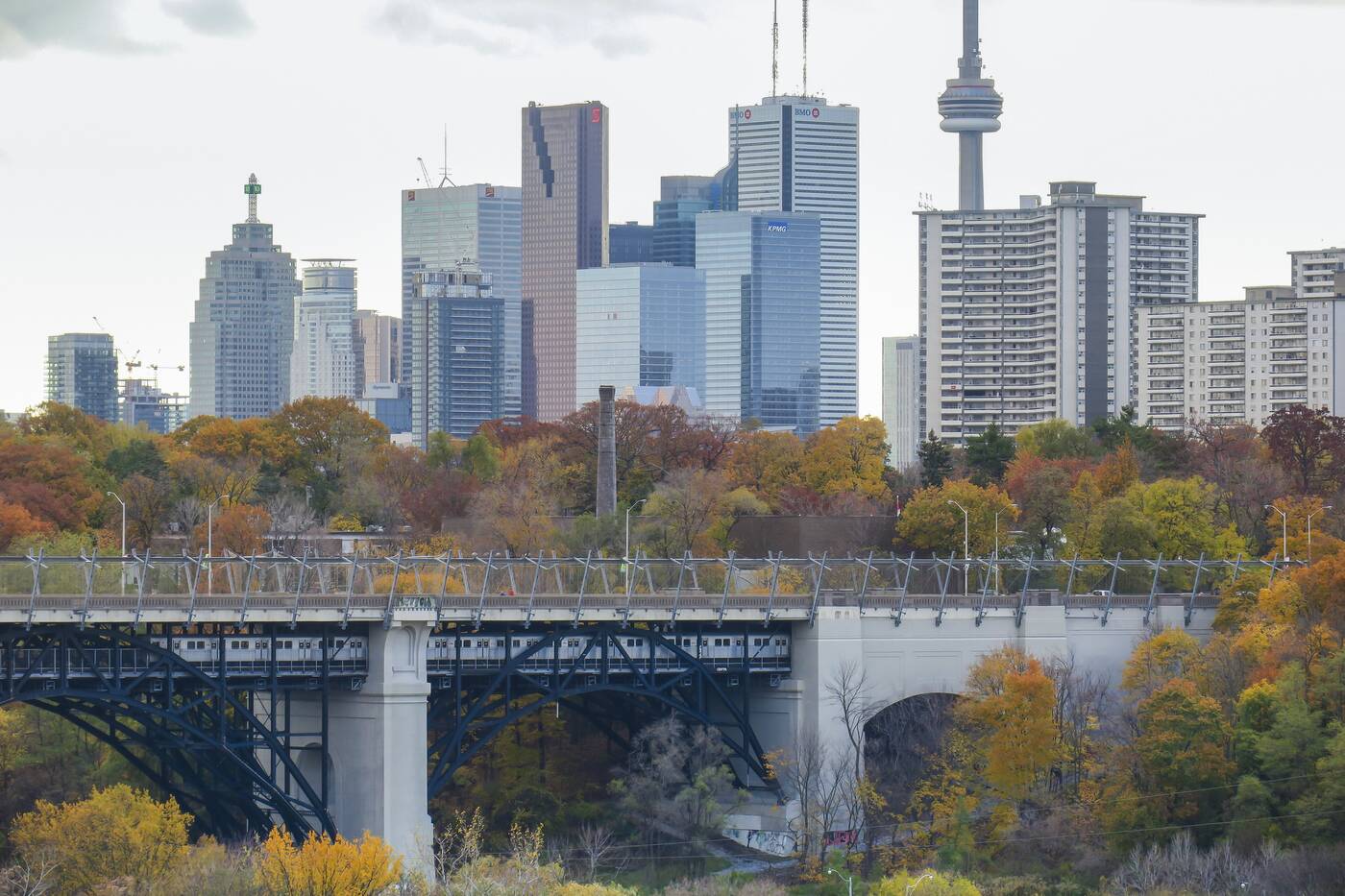 During the day or at night, Chester Hill Lookout is always looking picture ready. Photo by Bruce Reeve.

Chester Hill Lookout might be one of the best makeout spots in the city, due in part because it offers stunning views of downtown, the Don Valley and the Bloor Viaduct. You won't find a perspective in which the city looks more lush than this one. 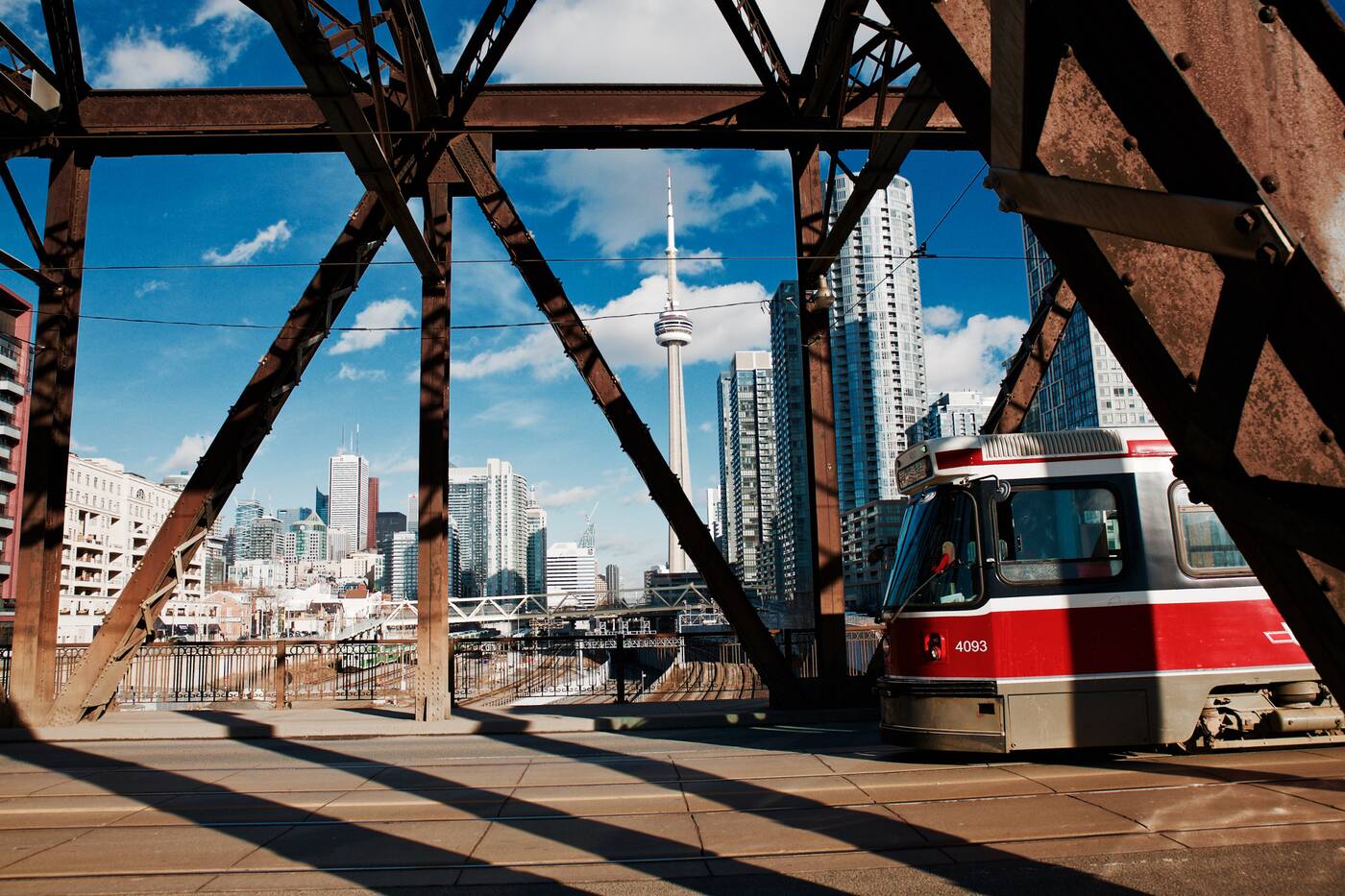 Watch the streetcars and trains go by on the Bathurst St. Bridge. Photo by Ryan Bolton.

This bridge offers a unique view of the downtown core. When walking or jogging along the bridge, it's always tempting to take a photo of the CN Tower and Rogers Centre, which appear as if they're right beside you. If you tire of the skyscrapers, turn your head to admire Fort York. 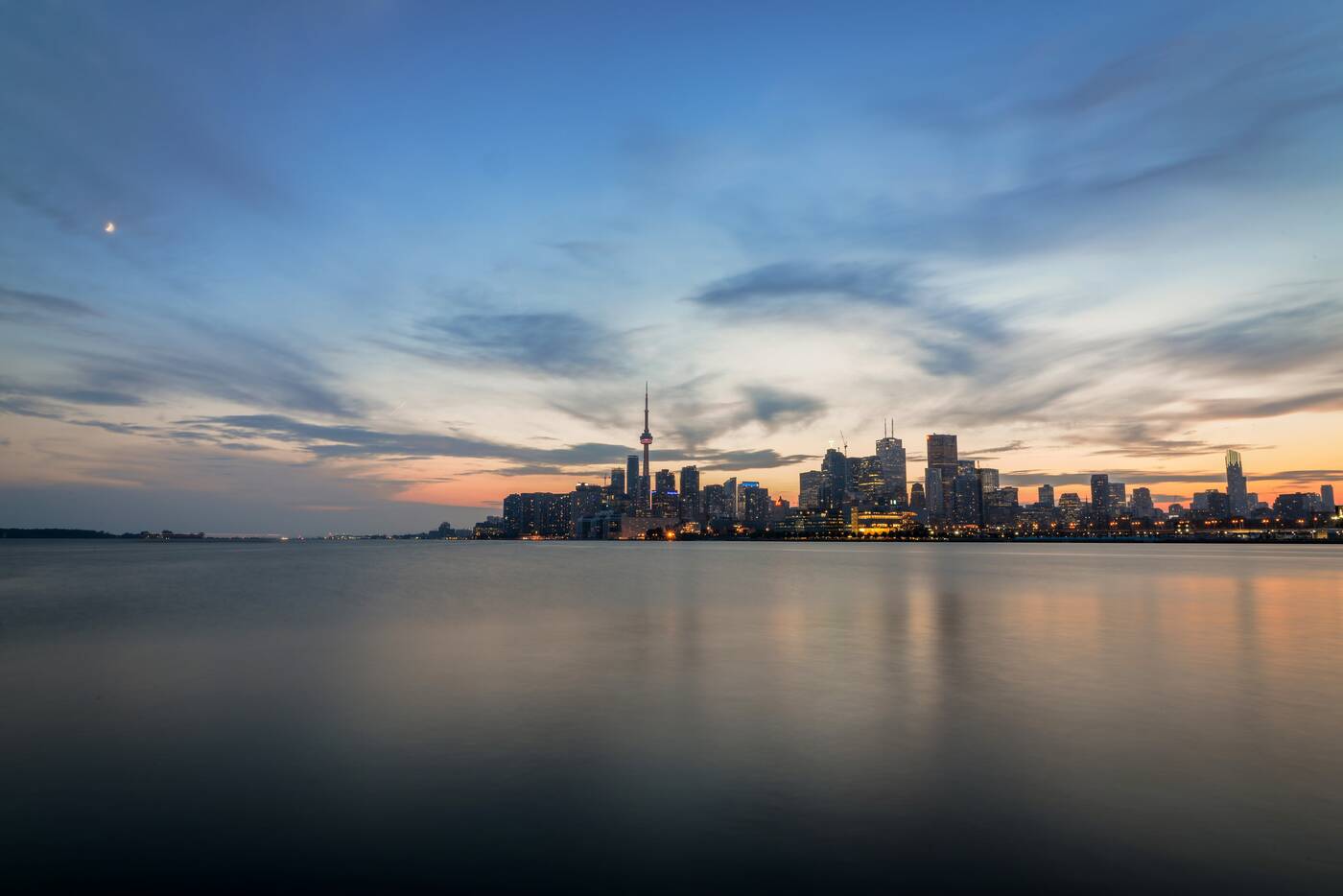 Admire the Toronto skyline in the distance from Polson Pier. Photo by Abdulkadir A.

A visit to the Port Lands, and Cabana Pool Bar, is never complete without snapping a shot of Toronto's skyline. However, if the thought of spending $20 (or more) to lie by a pool gives you the chills, you can experience similarly spectacular views from all over Polson Pier. 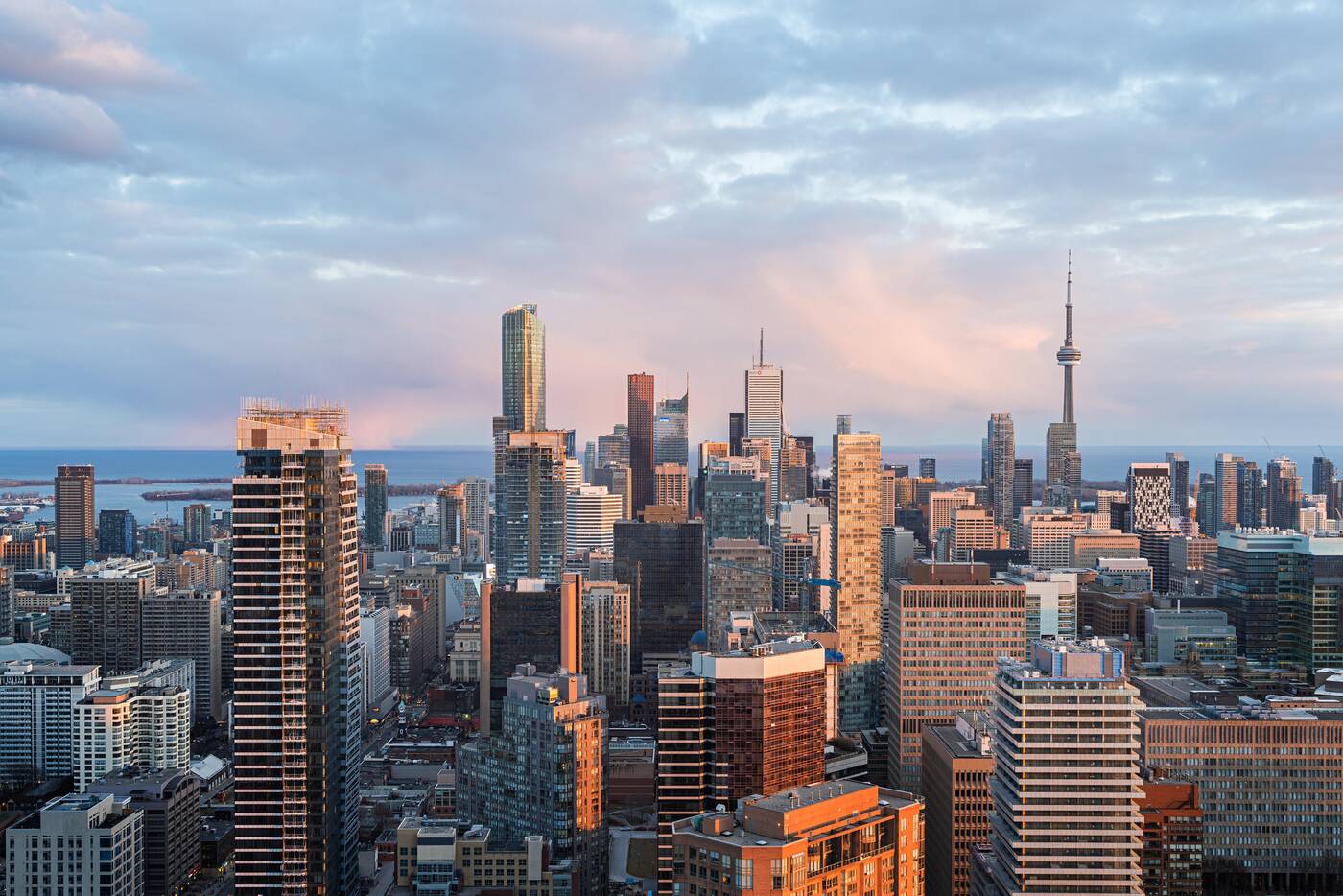 Grab a drink with a view at The One Eighty. Photo by Michael Muraz.

Located on the 51st floor of the Manulife Centre, this pricey patio on the Mink Mile offers 180 degree views of the city. Head here if you're itching to sip luxurious cocktails and munch on cornish hen or beef carpaccio way up in the sky. 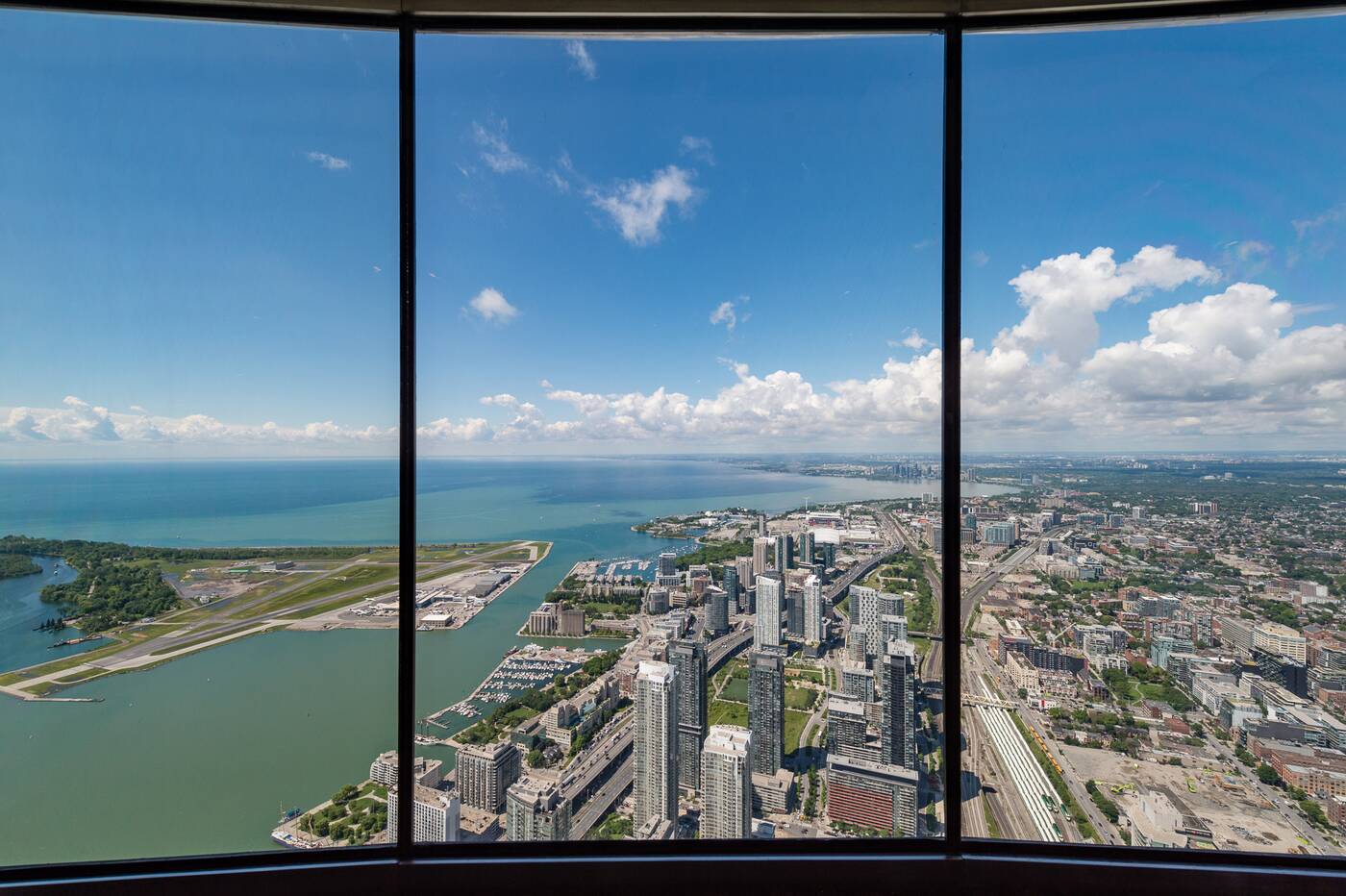 The CN Tower now has a panoramic lookout. Photo by Matt Forsythe.

What list of Toronto viewpoints would be complete without the CN Tower? A trip up will cost you, but you'll be rewarded with panoramic views of the GTA and beyond. You can always combine your visit with a meal at 360 or try the Edgewalk if you're feeling daring. 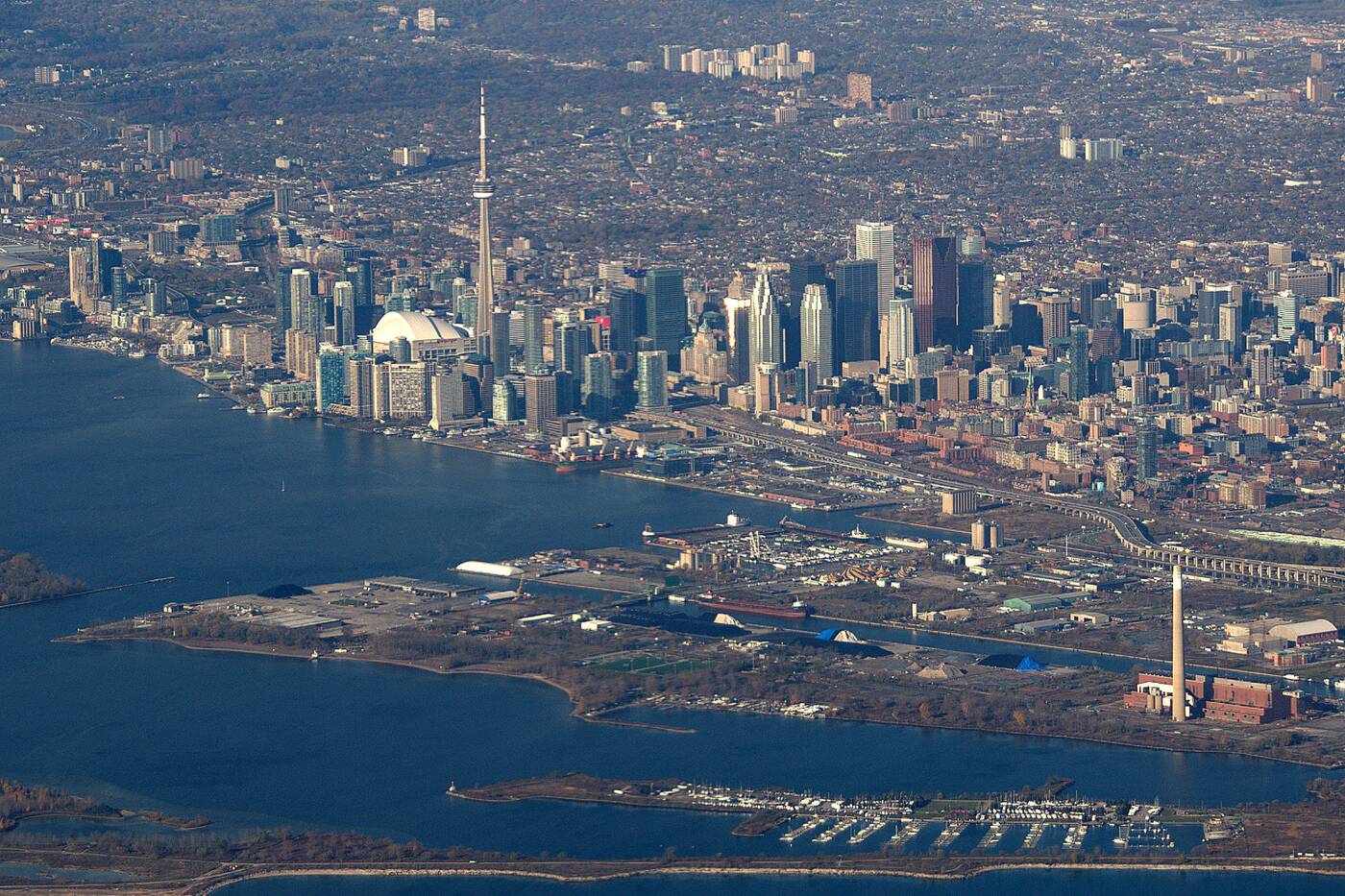 Take in the view from above aboard any Porter flight. Photo by Louise.

Other than the lounge and unlimited in-flight drinks, the best part of flying Porter is the view you're privy to upon take-off and landing. As you soar above Toronto, you get to see the city from an entirely new vantage point. There's nothing quite as grounding as that.

Jeff Dumasal at Riverdale Park. With files from Amy Grief.

These are the vaccination rates in Toronto by neighbourhood