Get to know the sister cities of Toronto

Cities like Toronto love to make friends. The idea of sister cities began in Europe after the second world war as a way to repair the relationships shattered by the conflict. People from twinned towns were encouraged to contact each other, meet, and learn about each other.

These days cities link up for more mundane reasons: usually to boost economic interests. It's for that reason Toronto has various twin cities, some under the heading "partnership" and others as "friendship."

Toronto has entered into "friendship" agreements with five cities: Ho Chi Minh City, Kiev, Warsaw, Quito in Ecuador, and Sagamihara in Japan. Unlike partnerships, these relationships are initiated by members of the community and endorsed by city council. Toronto's friendship with Warsaw dates back to 1990. Sagamihara and Kiev were added in 1991 and Quito and Ho Chi Minh City in 2006.

Not all friendships last. Partnerships and twinning agreements between Toronto and Amsterdam, Barcelona, New York City, Indianapolis, Sao Paulo, the Greek city of Thessaloniki, and Volgograd in Russia have lapsed over the last 30 years.

Interestingly, our city's relationship with Indianapolis used to involve an annual sporting event called the Peace Games. First held in 1973, amateur athletes would travel between the cities each year and billet with local families. The event ended in 2004.

Here's a look at the current roster of Toronto "partnership" cities.

Chongqing, China
Toronto's longest standing partnership is with Chongqing (previously Chungking) in China. Mayor Art Eggleton signed an formal accord between the two cities on March 27, 1986 as part of an official visit by Toronto businessmen and government officials.

With Beijing, Shanghai, Guangzhou, and Tianjin, it's one of China's National Central Cities and home to more than 31.4 million people, that's more than 10 times Toronto's population.

Chongqing doesn't look much like Toronto. Located at the confluence of the Yangtze and Jialing rivers, Chongqing is a major industrial and tourism centre. Asia's largest aluminum plant and the 200 km Three Gorges national park are located there.

The area's massive collection of 7th century religious rock carvings is a designated World Heritage Site. Around the same time Toronto formalized its partnership with Chongqing, Ontario signed a similar agreement with the Chinese province of Jiangsu. 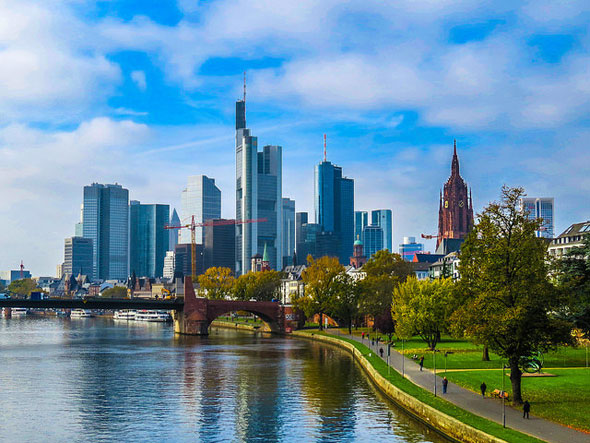 Frankfurt, Germany
Also initiated under Mayor Art Eggleton, Toronto's "economic and friendship" partnership with Frankfurt was formalized shortly after the fall of the Berlin Wall in 1989. The historic German and European financial centre is home to the headquarters of the European Central Bank and a strange CN Tower-like structure called the Europaturm. Like Toronto, Frankfurt has an extensive tram network.

Frankfurt is also home to one of the world's largest railway stations (Frankfurt Hauptbahnhof), airports, and highway interchanges (Frankfurter Kreuz) in the world. Currently, the city is one of two European cities to be partnered with Toronto. 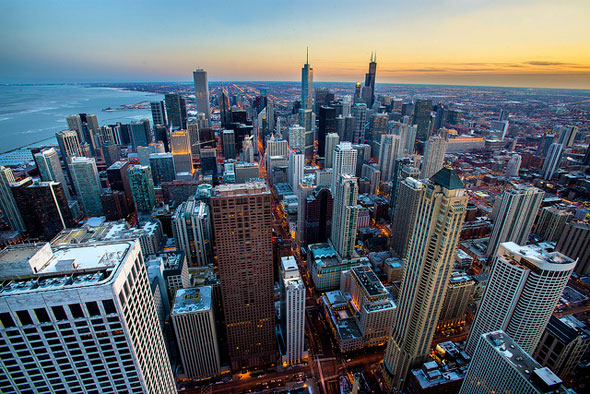 Chicago, USA
America's second and Canada's number one city have been friends and rivals for years. The official relationship was forged on July 19, 1991 under, you guessed it, Mayor Art Eggleton. At the signing ceremony, Eggleton said the deal was "the most noteworthy exchange between Chicago and Toronto since George Bell joined the Cubs."

The arrangement was proposed by Chicago mayor Richard Daley because, as he suggested, the two cities are both internationally recognized cultural, commercial, and transportation hubs on the shores of the Great Lakes. In 1991 Globe and Mail columnist Robert MacLeod reported the starkly different crime stats.

That year, the homicide rate in Chicago was 24.8 per 100,000 residents versus 2.7 in Toronto. In 2013, Toronto officially surpassed its American sister in terms of population. 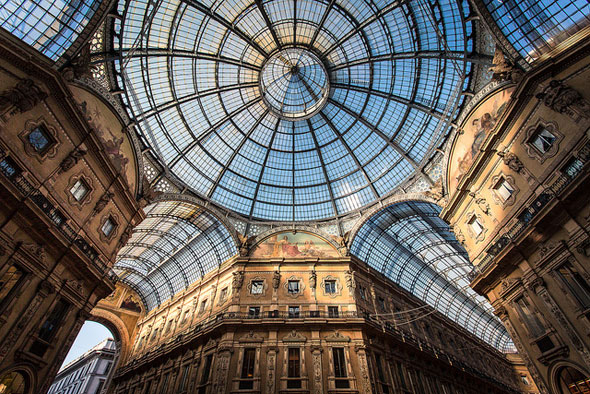 Milan, Italy
Toronto's newest twin city, added in 2003, is another major European centre. It's also a major design and fashion capital, home to the Italian stock exchange (the Borsa Italiana) and the Galleria Vittorio Emanuele II, the world's oldest shopping mall. It was completed in 1887, 102 years before the Eaton Centre.

The deal was signed by Mel Lastman on June 30, 2003, as part of a week long junket organized by the Italian Chamber of Commerce. Speaking at the time, Councillor Doug Holyday said he supported closer ties with the city, but criticized the cost of the trip. "[City officials have] taken several trips to Europe and Asia over the past six years, and I've seen very few benefits."