One of my favourite posts in our archive of vintage Toronto topics is one of the most simple: photographs of the city at night. Spanning a range between 1910 and 1969, the collection is a stunning look at a growing city that gets progressively brighter as the decades go by. It's also black and white, which has always made me think it would nice to do a colour follow-up.

Given the time period (1970s and prior), there aren't a huge number of colour images available in the Toronto Archives, much less those taken at night. But, there are some. Many of these are postcards, which surely depict Toronto at night to communicate what a bustling and cosmopolitan city it was back then, even if this wasn't entirely true. Predictably you get a lot of touristy locations from these documents, places like downtown Yonge Street, the skyline and the CNE.

Earlier colour-tinted postcards from the the first decade of the 20th century function in much the same way, though they depict different locations. Taken as a whole, this set of images shows Toronto proudly pronouncing its status as bonafide destination, a city that comes to life at night. 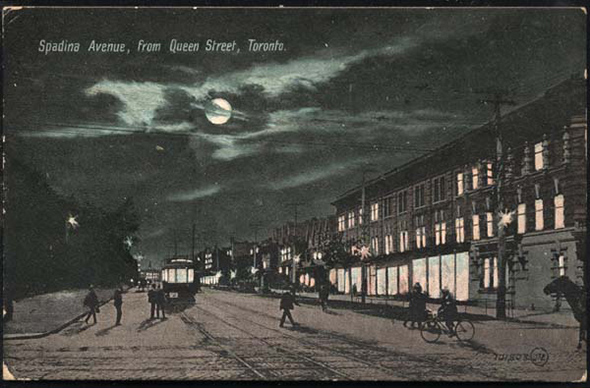 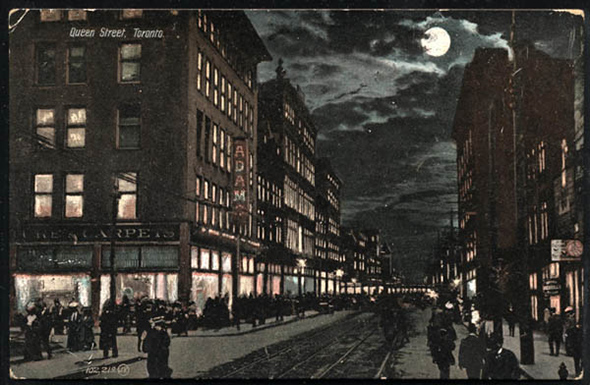 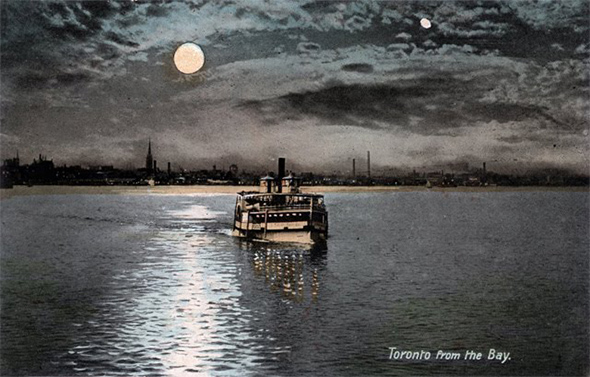 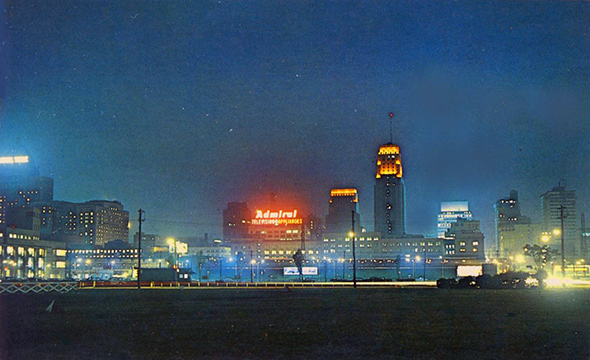 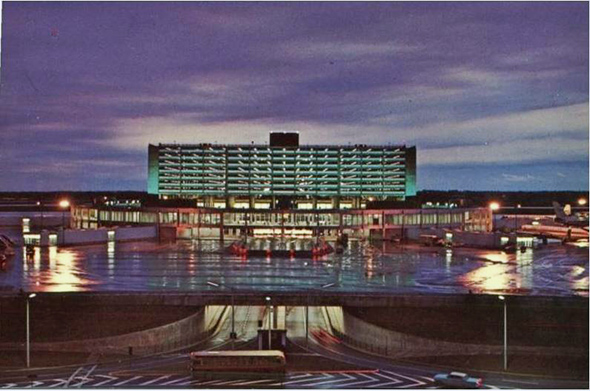 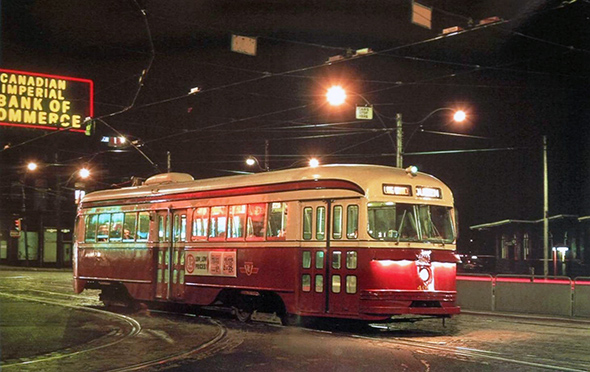 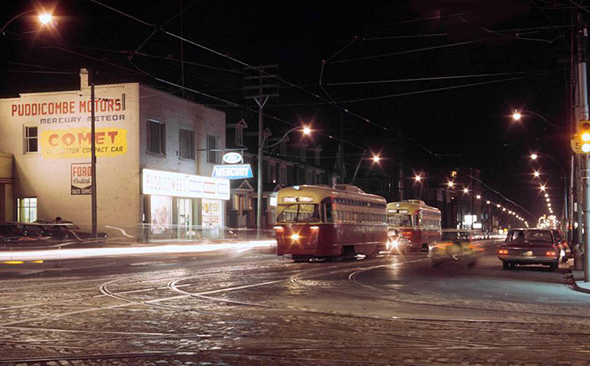 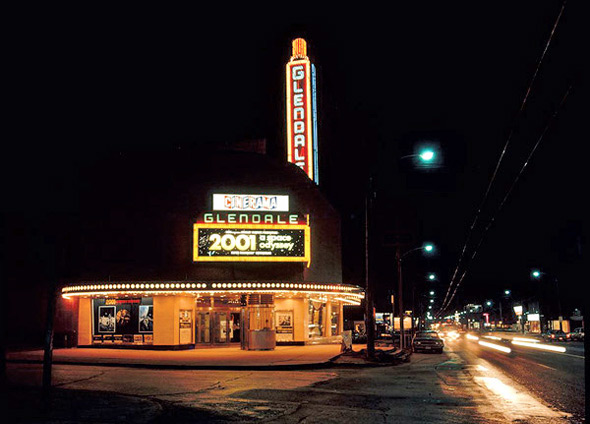 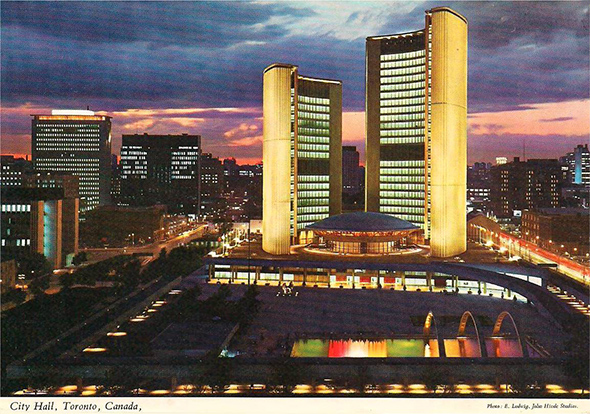 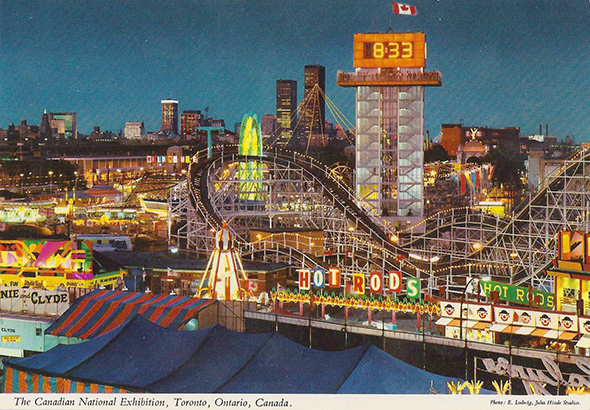 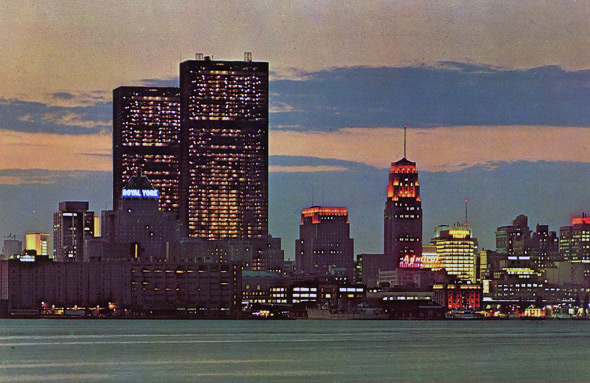 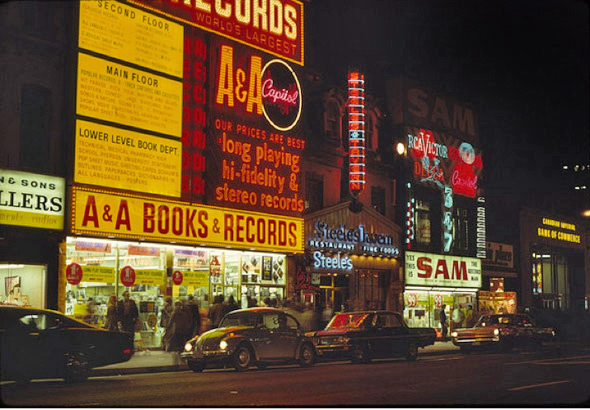 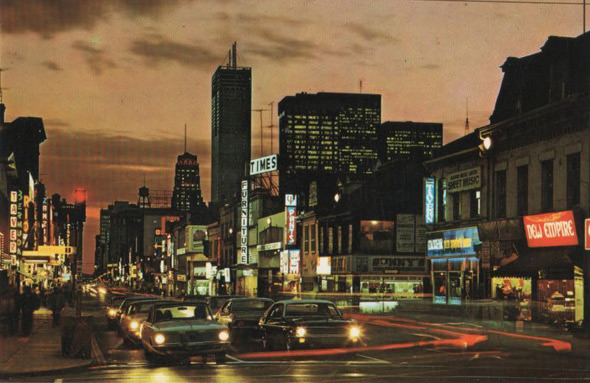 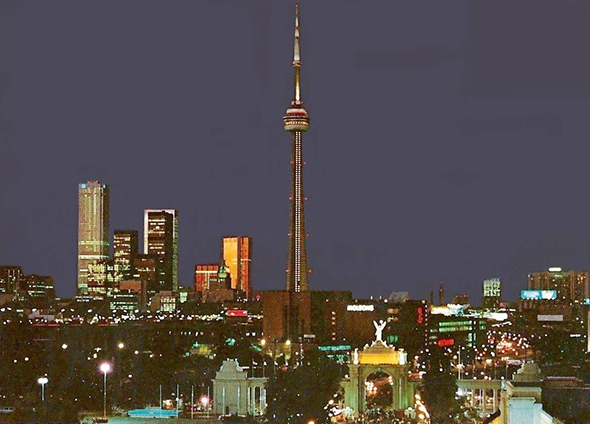 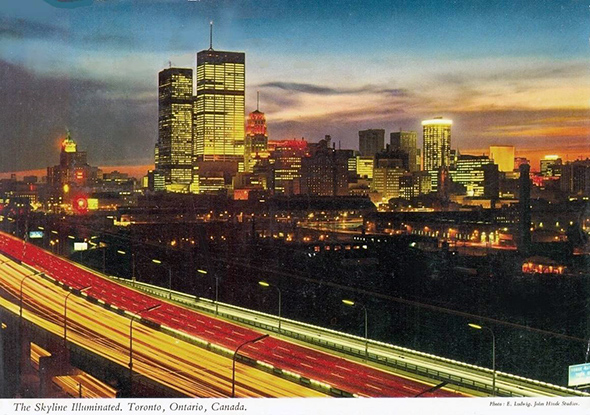 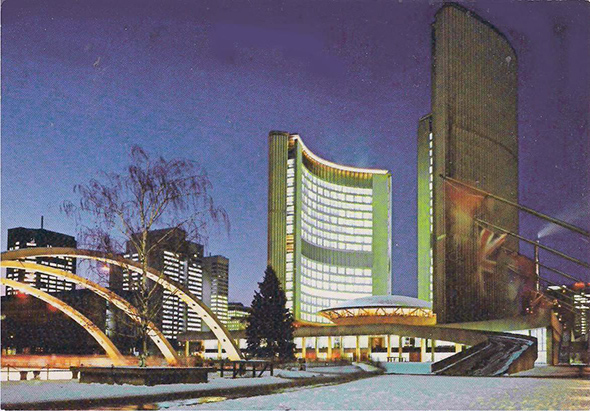 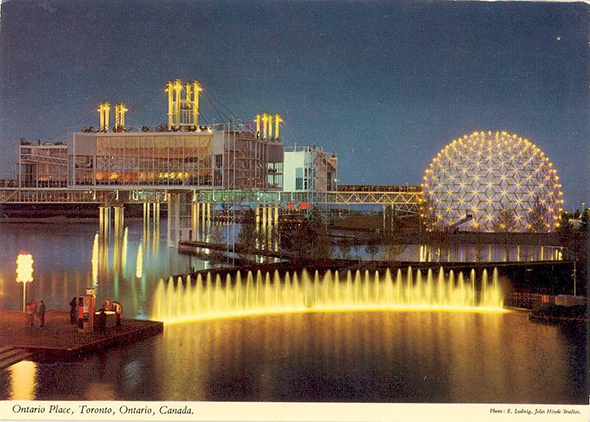 Most of the postcards above derive from Chuckman's collection, though others have been sourced from the Toronto Archives.