Embattled Toronto Mayor Rob Ford was resounding in his desire to run for the re-election in the wake of numerous scandals that rocked his office in 2013, and now he's made it official. Showing up early (especially for Ford) to City Hall, the current mayor was first in line to submit his nomination papers for the 2014 municipal election in Toronto.

In an interesting twist, the Mayor's brother, Councillor Doug Ford, confirmed that he will not be running for re-election in his ward but will instead act as campaign manager for his younger brother. He also mentioned the possibility of running for provincial politics in an interview on AM640 this morning. 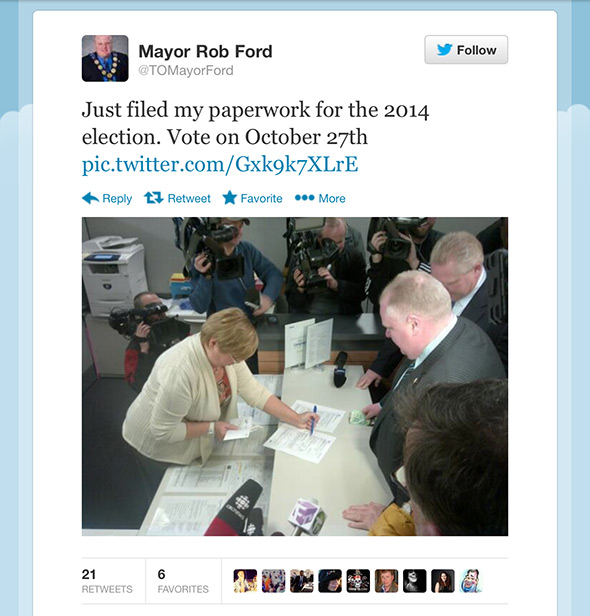 In a brief scrum after filing his papers, the Mayor revealed that his campaign slogan would be "Ford more years," a phrase that's as grating as it might be effective. And, as was to be expected, the early strategy for dealing with questions related to the crack scandal that plagued the mayor for much of 2013 is to characterize them as "personal" while turning attention to Ford's record.

Photo by John Tavares in the blogTO Flickr pool.