The newsstand was once a fixture a busy intersections in Toronto. Loudly branded with the names of the major dailies â Daily Star, Toronto Telegram, The Globe and Mail â the shack-like structures came complete with barking attendants hocking the headlines of the day. There's a certain nostalgia caught up in the image of these huts, be it on account of the vintage advertising and graphics they're adorned with or merely the inevitable realization one has that they were replaced by coin-fed metal boxes, which are themselves likely to be erased from the streetscape in the coming decades. Less an occasion for mourning, it would be fair to say that these photos capture the passage of time with a peculiar force, one that belies their benign imagery.

The photos below date between the 1920s and '40s, though the corner newsstand would last quite a while longer. The arrival of subway entrances/exits reduced the available space at many Yonge Street intersections in the mid 1950s, but the newsstand remained a fixture for at least another decade. There was a newsstand on the southeast corner of Yonge and Dundas until at least 1970 (it's harder to tell at Yonge and Queen from the photos I've consulted), but as the decade pushed on, the remaining holdouts bit the dust, and with them our street corners lost a bit of character and gained a bit of space.

Here's what newsstands used to look like in Toronto. 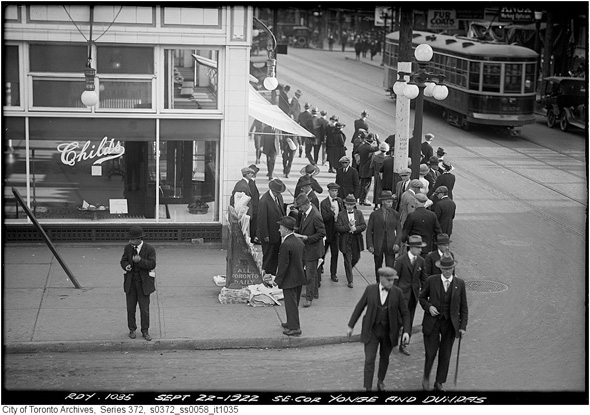 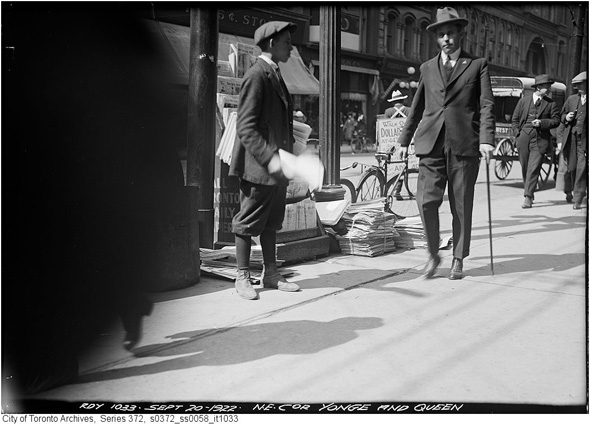 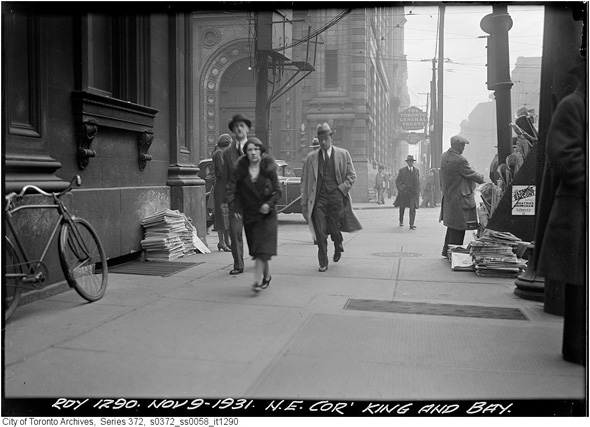 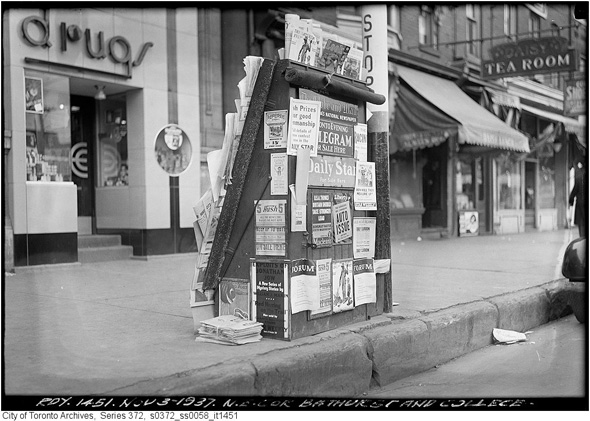 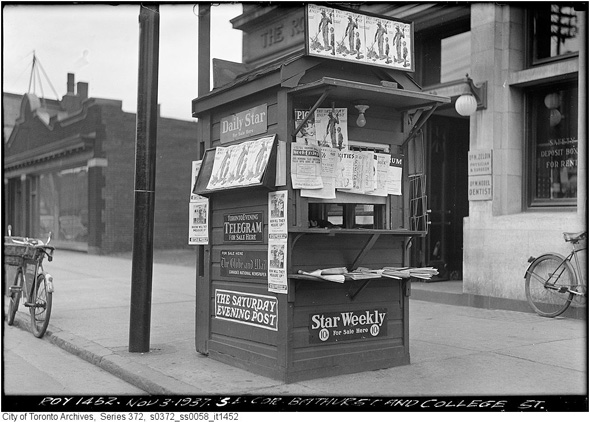 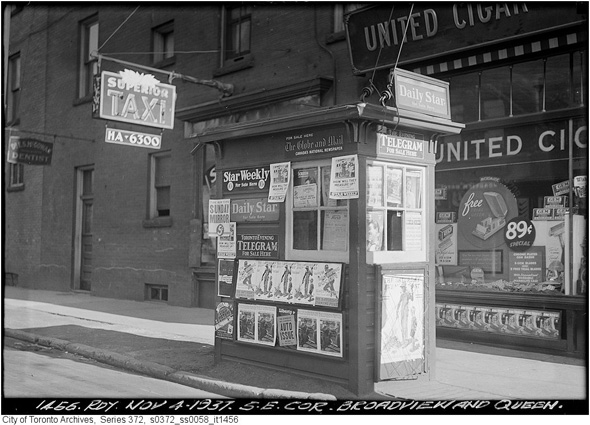 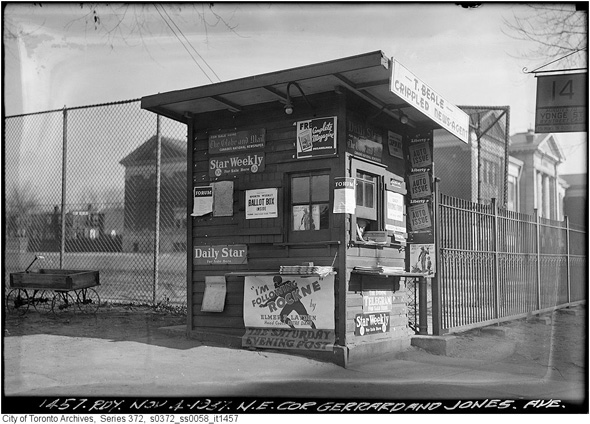 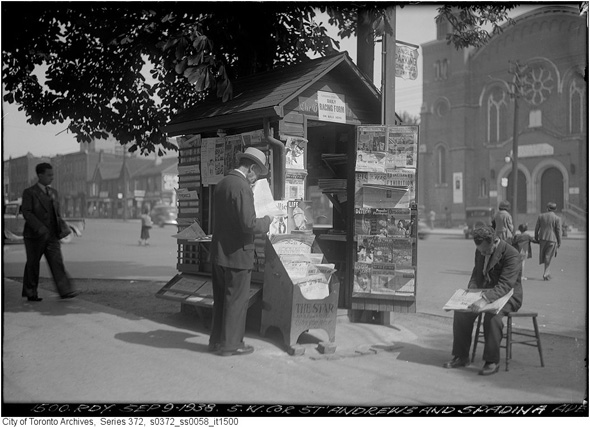 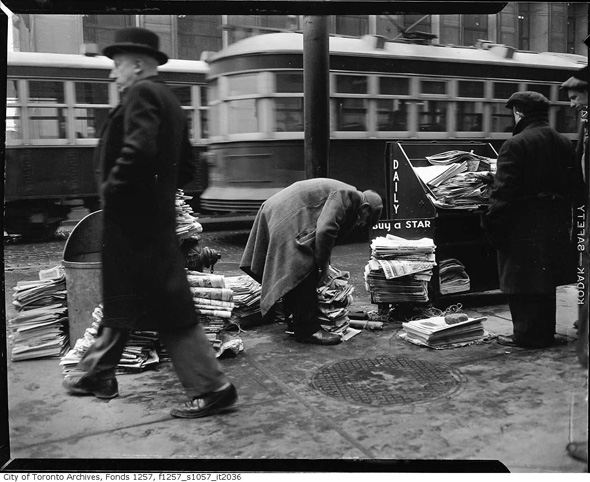 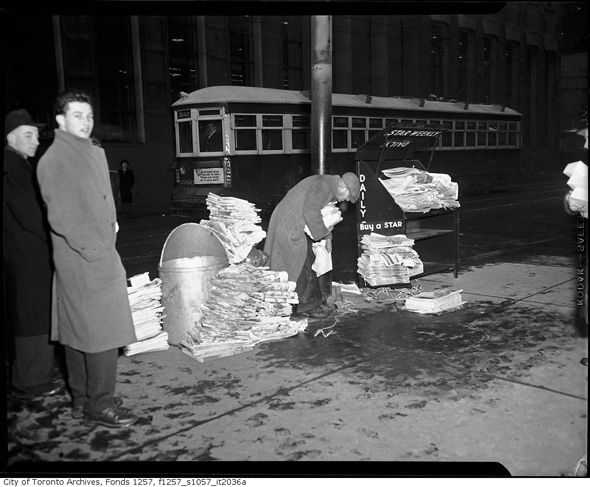