Church Street looks a little different this morning. After much anticipation since the June announcement, the east side of Church between Wellesley and Alexander finally saw 15 parking spots temporarily removed in favour of more seating space.

I stopped by yesterday many hours after the official unveiling to see eight so-called parklets decked out in pink paint, planter boxes and, sometimes, even a space to sit. While I had maybe been expecting a raging patio scene, what I got instead was something more like a serene art project that still looks half baked. In time, I expect these spots to be fully flourishing but on this Sunday afternoon they were mostly empty (apparently due to lack of seating) except for a handful of them that had tables and benches where people just seemed to be hanging out. 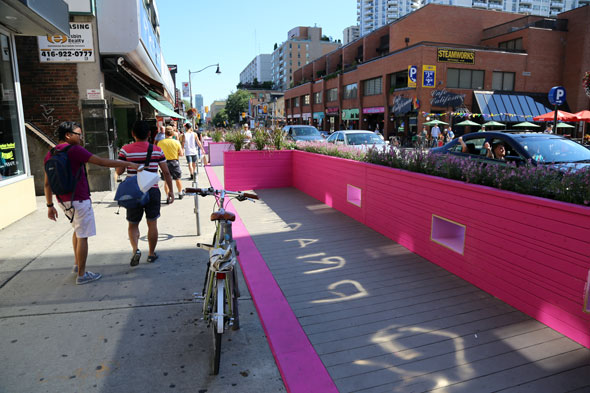 Like the Yonge St. experiment last summer, this initiative is primarily intended to increase the amount of public space in the heart of the Village. It's spearheaded by the local BIA as well as City Councillor Kristyn Wong-Tam. The parklets are still in the process of being landscaped (work will continue this week) and only some of them will be licensed drinking spots depending on whether they butt up against a bar or restaurant. 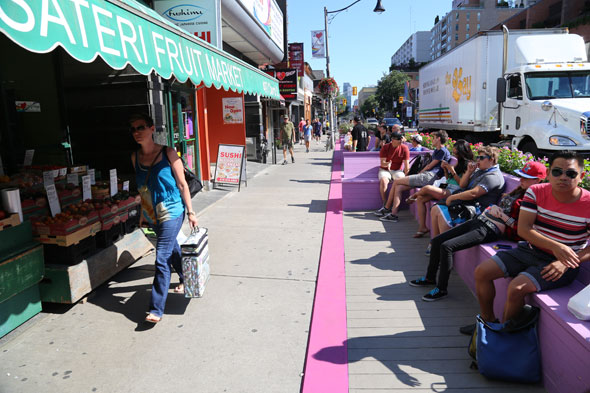 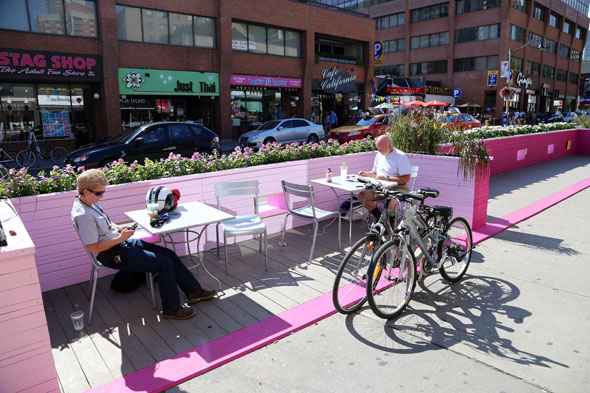 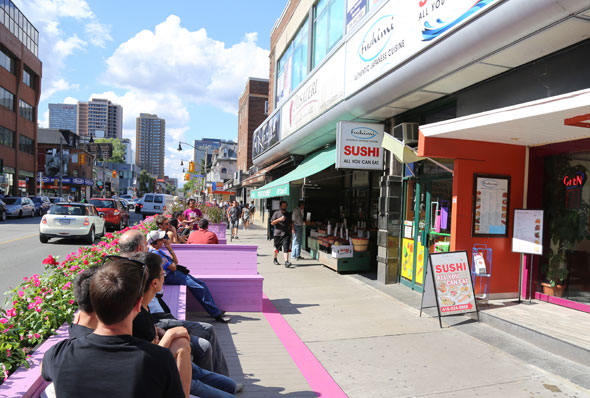 What do you think of this initiative? Have you had a chance to check out the new parklets yet? Add your two cents to the comment thread below.