What's happening with the eyesore at Queen and Pape?

1003 Queen Street East is proof that not all condos in Toronto go to plan. The unfinished shell of the 12-unit low-rise building sits open to the elements on the southeast corner of Queen and Pape waiting for someone to rescue it from years in limbo. Thankfully, that might be about to happen.

Local councillor Paula Fletcher calls the project a "dog's breakfast." Construction began on the Film Studio Lofts, as it was first known, in 2006 but the project stalled soon after the foundations had been excavated and the basic shell welded together. Recently, the Rose and Thistle Group purchased the site as-is and, well, not much happened. 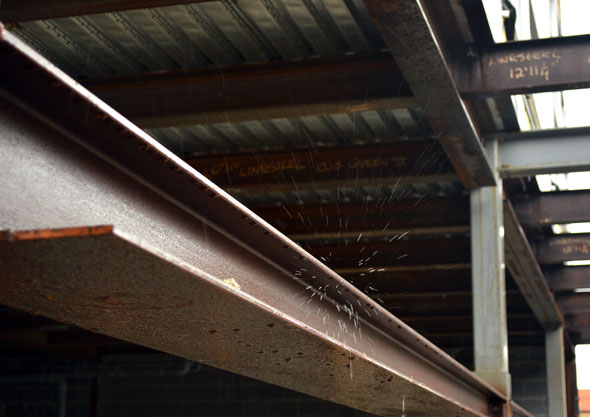 As of today the site is padlocked and the building is mostly open to the elements. A large concrete pit at the back is collecting rainwater dripping down through the centre of the building and several of the window frames sit empty. The boarding at street level preventing unwanted peering from passers-by has several layers of adverts, dating the site like tree rings.

"It's dreadful that someone could just start a building and leave it like that, including all of the scaffolding from the city," says Fletcher. "Apparently as long as you hammer one nail within a period of a year, your building permit is still good."

"This project is a very difficult project for the city because there are no levers to make somebody build something when they stop in the middle of it."

The issue of building permits is a complex one, but in essence very little work needs to be done to ensure developers are able to keep their site legally active. While it's fair to say most condo builders want their units purchased and occupied as soon as possible, the current rules leave the door open for troubled sites to freeze and atrophy when issues arise. 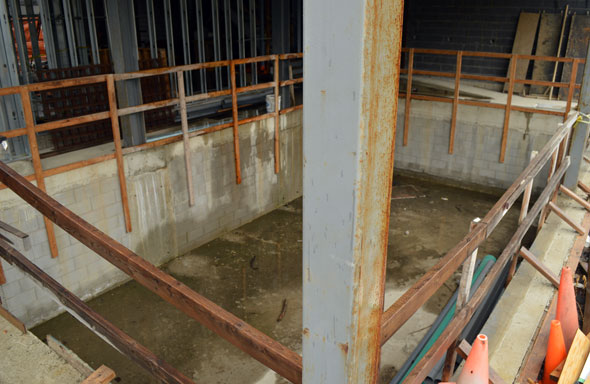 Good news may be on the horizon, though. Norma Walton from the Rose and Thistle Group says they've received conditional approval under the New Home Warranties Plan Act to continue work on the site after months of waiting.

"I would think occupancy will happen within 12 months of today. We're excited about it, it's a great location. The shell looks good. Once we deal with the windows and the cladding we think it will be fantastic." 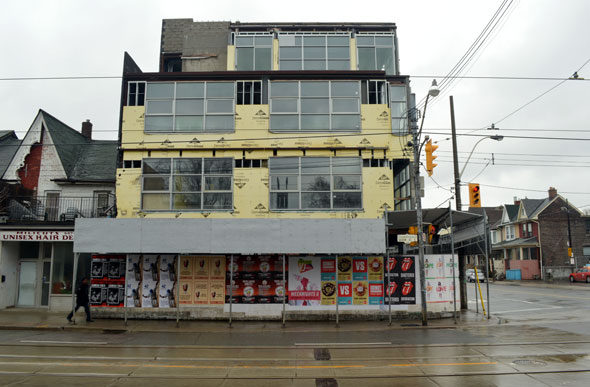 Though this is undoubtedly a positive result for the neighbours and those looking to buy condos at this location, there are other sites in the city lying perpetually dormant. Coun. Fletcher cites 372-374 Coxwell Ave., also in her ward, as another example. Have you seen other dormant condos? Should the rules be changed to force action on ghost construction sites?

Thanks to Josh Newman who asked us to look into this.