By the numbers: The Strachan Overpass project

Workers have been pounding away in a trench near Strachan Avenue since early 2011, busily burying a short stretch of Union station rail corridor as part of the GO transit Georgetown South project. When it's finished, the tracks that used to cross Strachan via a level crossing will be buried out of sight in an 8-metre hole beneath the street.

Late last month Metrolinx announced it would shortly begin construction on a new bridge over the grade separation that will eventually become part of Strachan Ave., signaling the project is past the half way stage. Right now the road is open but traffic is following a slight diversion. The project is due to wrap in the fall of 2014.

Here's a closer look at the project by the numbers: 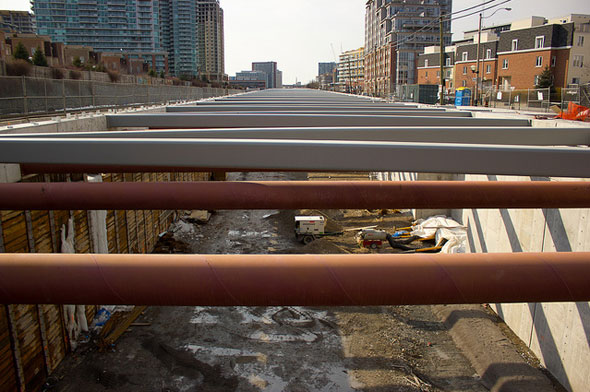 The north trench as it appears now 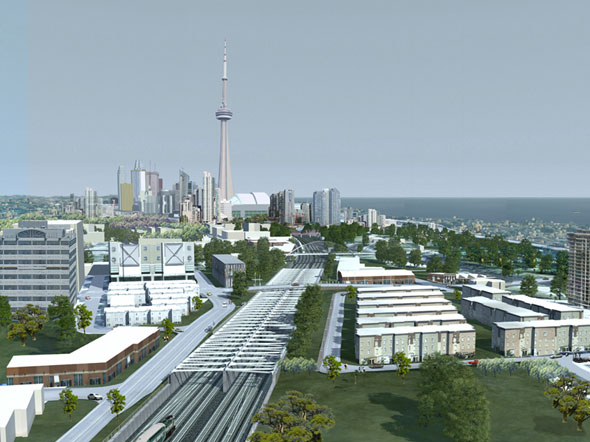 Rendering of the finished product 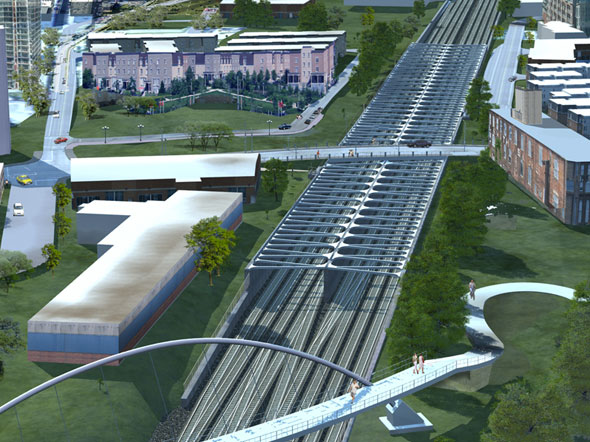 Got a project you'd like to see broken down by the numbers? Let us know in the comments.