Sixty Colborne is a surprisingly stunted tower planned for King Street and Church. At just 25 storeys, you'd think this was midtown! Anyway, Sixty Colborne certainly can't compete with Aura, Ten York, or the Trump Tower in terms height (though it offers few breaks in price), but it does boast some boons to show that size doesn't necessarily matter. Right, ladies? Here's a closer look at Sixty Colborne. 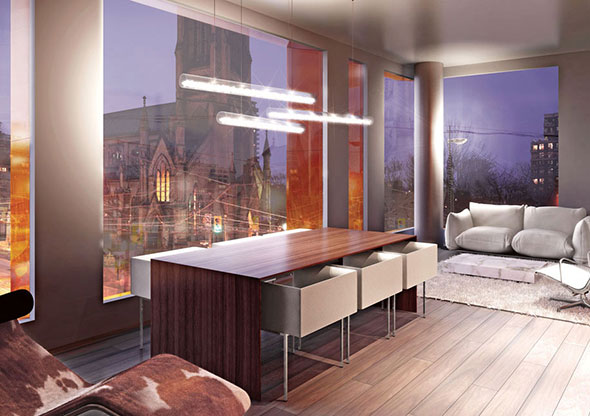 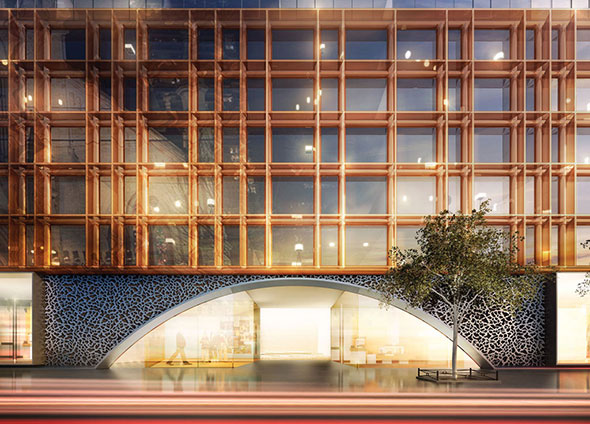 Nuts to you, Ten York. Not every condo need climb dozens of storeys tall. Indeed, Sixty Colborne is a very palatable 25 floors, which is modest enough to not take over the architectural faÃ§ade at King and Church. That said, this project (like all new development projects in Toronto) did come with its share of naysayers, though I'd say their attention is better spent on the 47-storey tower a few doors down. And while the aesthetics of this project will surely have armchair architects divided, it is refreshing to see something other than a sterile box glass tower. ("Hey look — orange!"). 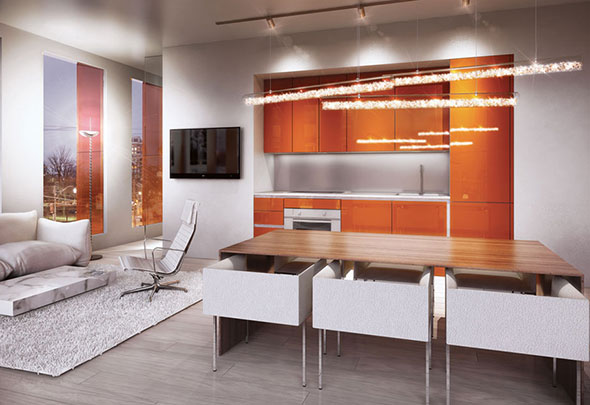 Now, if you ask Brad Lamb, Mirvish, et al., King West is undoubtedly where it's "at." After all, King West has, uh, nightclubs. And the TIFF Lightbox. And restaurants (for now). But if I had to pack up for either King end, I'd undoubtedly opt for east. Despite recent development, this stretch of King manages to retain a little visual and architectural interest (the nearby St. James Cathedral is just one example), with neighbourhood perks including the St. Lawrence Market, The Sony Centre, and plenty of shops and restaurants. The demographics, too, present as a little less homogenous, diverging more from the single/professional/urban profile that seems ubiquitous in the west end. Stereotypically speaking, of course. In short: good grab, Freed. You develop that former parking lot.

Sixty Colborne has some pretty wonky-looking layouts. There's the one-bedroom "L"-shaped unit with a bedroom cubby and kitchen corridor, step-in closets that seem fictitiously labeled as "walk-in," and the odd den cube that seems better suited to coats than a workstation. Granted, I suspect buyers will be allowed a certain degree of customization, but it does solicit a little head scratching upon first glance. 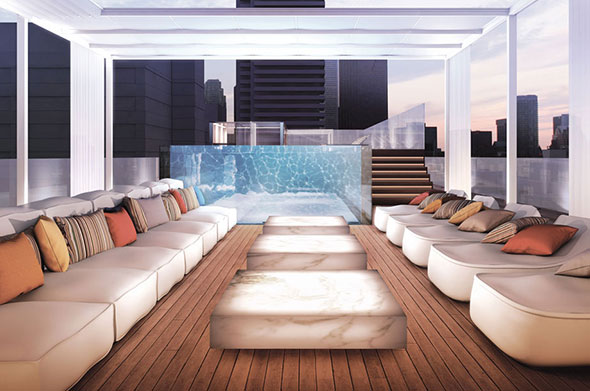 Units can be further improved upon, of course, if buyers spring for optional upgrades. Some those upgrades include partition walls, breakfast bars, and kitchen islands, all of which, naturally, come at a price. But considering that a studio unit in the tower can cost upwards of $730 per square foot or more (read: a pretty staggering price), I can see how buyers might be a little reluctant to fork over even more dough. And if you decide to treat yourself to a one-bedroom with a view? Uh, well, that's close to half a million dollars. But hey, that pool looks pretty nifty — worth it, right? 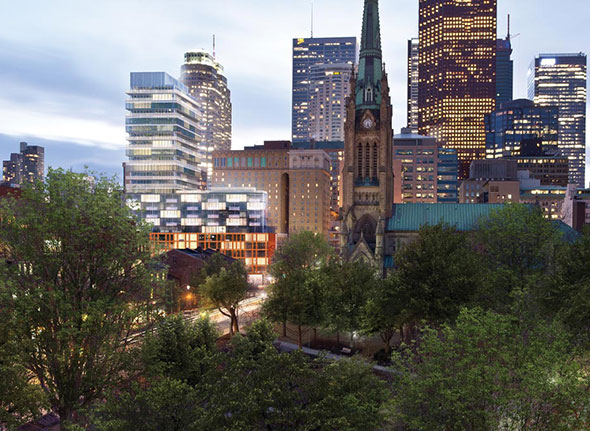 At these prices, I wouldn't opt for King Street — either end.