Tracking the rise of South Core (before and after photos)

I doubt anyone needs reminding of the onslaught of condo development in Toronto, but every once in while the rapid transformation of this city is thrown into relief. Case in point: on a recent stop at the parking garage at Queens Quay and York streets â an old favourite for skyline-hunting photographers â I was almost startled to see how much the area has changed.

Just over two years ago, I wrote a somewhat nostalgic post about the loss of the Royal York's iconic spot on the skyline, then devoured (as it were) by the rise of the Telus and PwC towers. This is something of a follow up, as the condos have now moved in, once again changing the shape of the area. Given that vantage points that allow one to track growth like this are at least somewhat rare, I thought it worth adding the latest iteration to the timeline I started back then.

From a visual standpoint, the scale of change is impressive, especially given the period of time in question. In a span of three years, what was once a swath of parking lots has become something that you might even call a neighbourhood. A similar landscape change happened when CityPlace was built further to the west on old railway lands, but at a much slower rate and without much by way of commercial development (decidedly not the case here).

With South Core, the pace of development has been downright frantic. Follow the changes in the photos below. 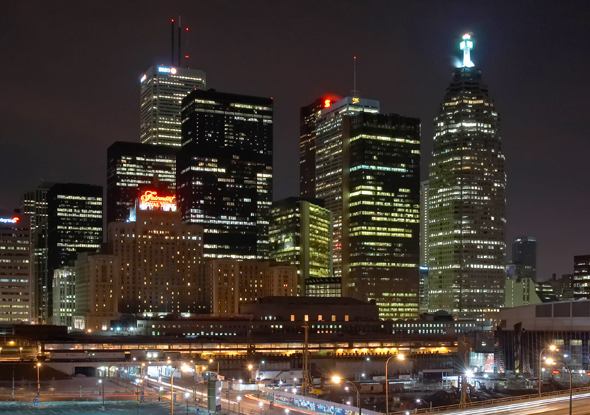 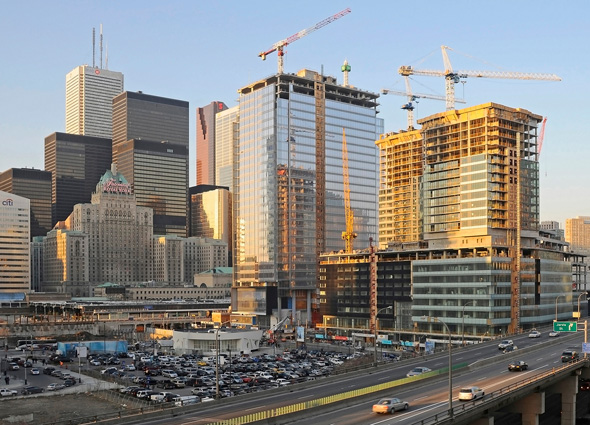 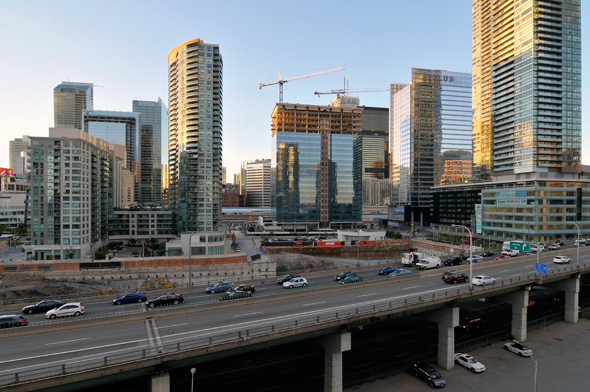 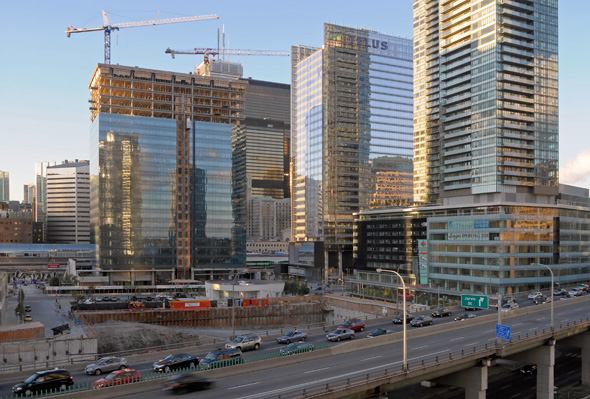 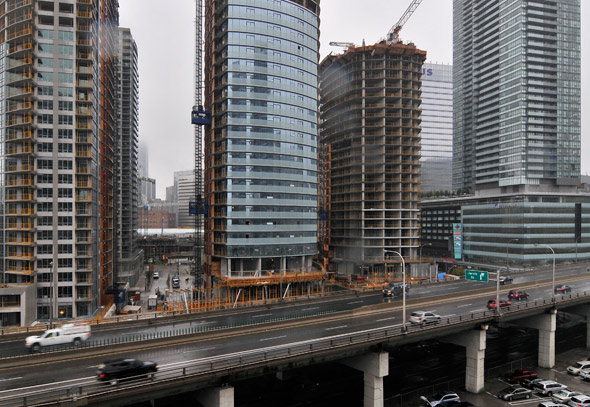 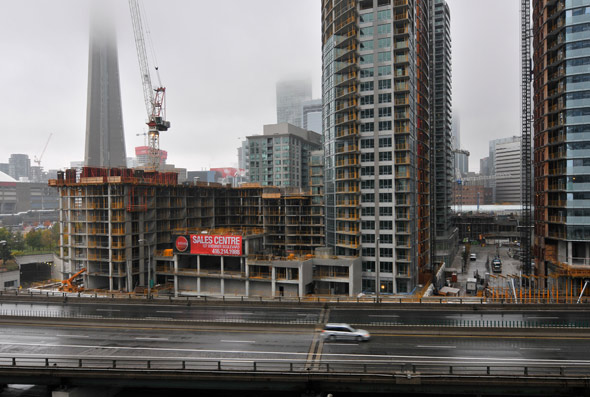