Residents rally to save Liberty Village from new condo

A proposed new condo building is causing a stir among a group of local residents of Liberty Village who say the planned 32-storey tower is unwelcome in the area. Liberty Market Tower project is still in the pipes, but it could mean the demolition or substantial re-working of historic parts of the Liberty Market Building complex at 171 East Liberty Street.

Lifetime Developments - the company behind the Yorkville Four Seasons hotel and the Liberty Market Building itself - envisions retail units at street level, six levels of office space, and twenty-five floors of live-work apartments in the building, which is of comparable size to others under construction in the area.

After renderings of the proposed structure were released last week, worried residents started a petition on Facebook to voice their concerns. The Liberty Market Building itself is a fixture in the neighbourhood and home to start-ups and small businesses as well as restaurants like Origin Liberty Village, Merci Mon Ami and the numerous residents of the Liberty Market laneway. They've done a lot over the past decade to move the neighbourhood forward so perhaps it's not surprising that they want to continue to expand upon a good thing.

Perhaps as a sign of things to come, the landlord recently terminated the lease of KingWest Fitness, a gym that occupied one of the units at the centre of the proposal. 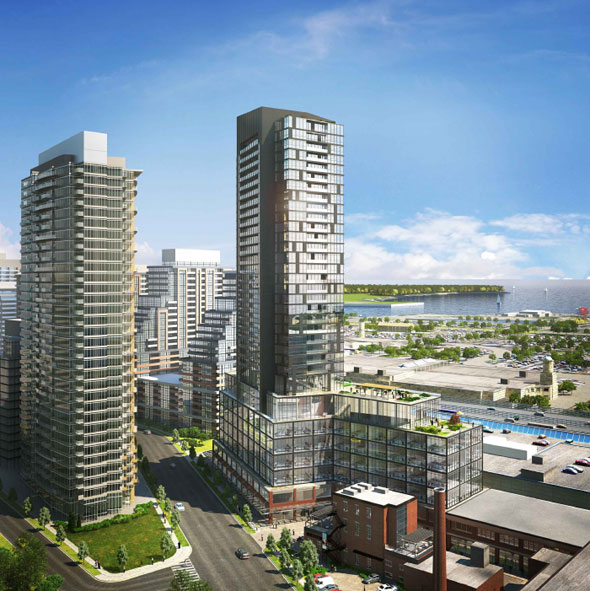 "Liberty Village does not need another tower," says Kevin Knott, an 8-year resident of the area and a founder of the petition, "it's crazy how busy it is down here right now with the density and there's really only two ways in and out of Liberty Village. We're just so against it for those reasons."

The dissenting voices look like they have support. Local Councillor Mike Layton also has concerns about the effect this condo and several others like it under construction nearby will have on Liberty Village's relatively small streets.

"I had immediate concerns over just how much density we expect Liberty Village can take," he says. "My first reaction was a knee-jerk 'we don't need another condo.' When you think of it a little bit more we want to make sure we use all the space appropriately and there are some spaces there that aren't best used."

In a letter to Layton, the group say the area is "stretched beyond its limits" and call for an end to all new development in the neighbourhood.

The "live-work" units envisioned by the developer are crucial to the building getting the green light. According to Layton, the official plan for the area does not allow purely residential units, the developer must build apartments that provide workspace for tenants. The precise form that would take isn't clear, though the units could include some workshop space.

Lifetime Developments did not return my calls and emails.

A public meeting to discuss the building is scheduled for the next few weeks. The proposal itself will likely go before the local community council in January. Do you have any thoughts on the proposal? Has Liberty Village reached critical mass? 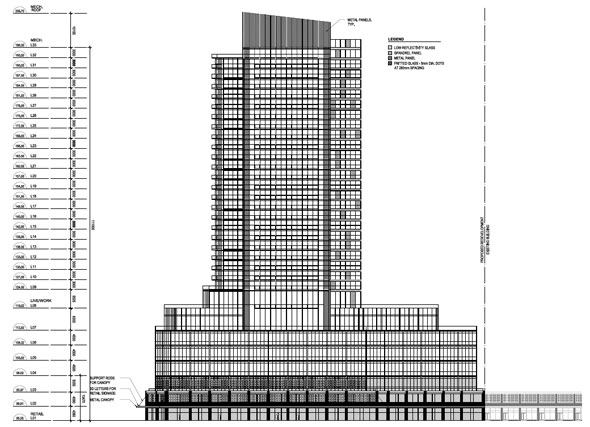 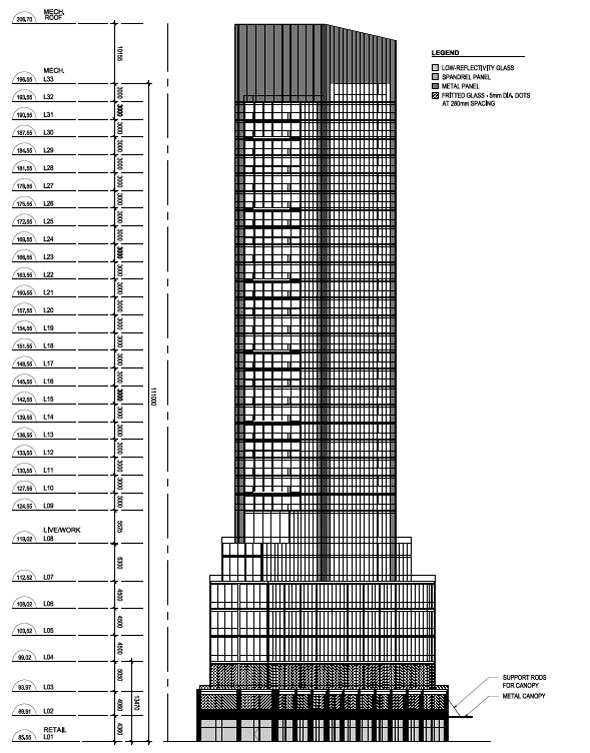