The Britt condo launch proves that the Sutton Place Hotel at Bay and Wellesley really is gone for good. Sorry nostalgia-fiends — but there's still time to pray (read: futilely lobby) for the salvation of the Princess of Wales Theatre! Anyway. The building that once played host to visiting starlets and swanky tourists will be scraped to its foundations and built anew, emerging as a British-inspired glass tower of urban elegance. Or so say Lanterra Developments. Equipped with a two-storey lobby, eight-storey podium, and yes, even a pet spa, The Britt makes it clear that sophistication isn't leaving this downtown address. Or hefty price tags, for that matter. Here is a closer look at The Britt. 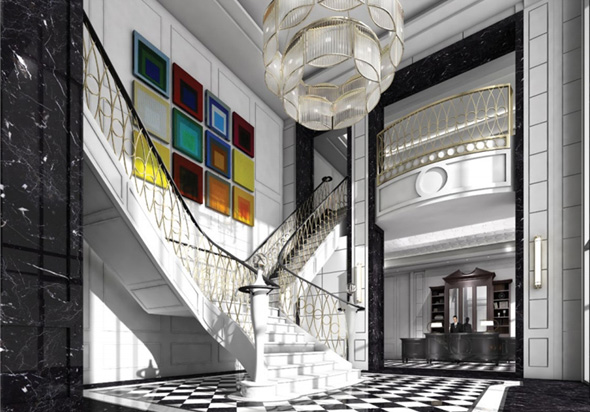 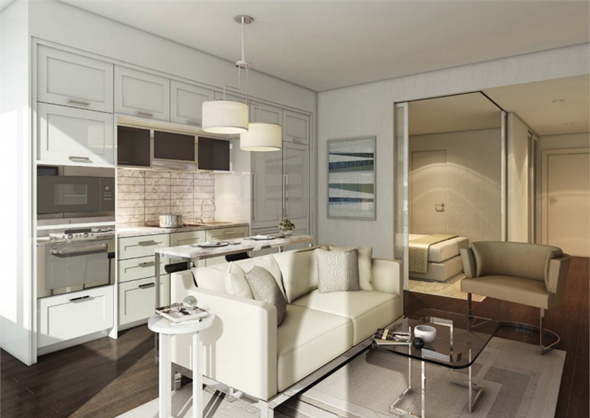 Never overlook the small particulars. While many soon-to-be-homeowners blissfully squeal at one porcelain floor sample after another, they neglect to consider details such as garbage chute location and elevator activity under stress. This is a mistake. As someone who has lived beside a garbage chute and currently suffers in a building with only one elevator (first world problem, I know, whatever), I can't overstate just how awful it is to carry groceries up endless flights of stairs. The Britt will have seven elevators, which, simply, is awesome. Other, taller condo projects are planning to get away with just four or five, which seems meager in comparison to The Britt's generous seven. Scoff if you like, but it really does make a difference; if you plan your travel time close to the wire as I do, you know elevator-waiting-time can factor into your commute. And it's just plain shitty to have to wait around for an elevator after a long day of work.

If you're already sensing a theme, I'll confirm — The Britt seems to be all about luxury. Timeless, elegant luxury, that is, rather than the tired, minimalist "sophistication" that's prevalent in nearly all other new Toronto condo builds. The Britt has nixed the starkly modern in favour of marble floors and a fantastic grand staircase just waiting for your best take on Scarlett O'Hara. The lounge has a carved fireplace, old celeb photos from The Sutton Place's former glory days, and the feeling that you can actually get away with kicking off your shoes and curling up with a book. I'm not one to gush over amenities or aesthetics, but The Britt seems to have found that sweet spot between elegance and livability. You can even opt for marble flooring and/or finishes in your suite, just in case you want to carry that Scarlett O'Hara feeling to your unit (but only if you're equipped with that lush O'Hara capital).

Most units, too, come integrated dishwashers and refrigerators as well as generously sized balconies; the latter of which is good for when the pool, two hot tubs, fitness centre, party room, yoga studio, theatre room, and second- and ninth-floor lounging areas become just too crowded. 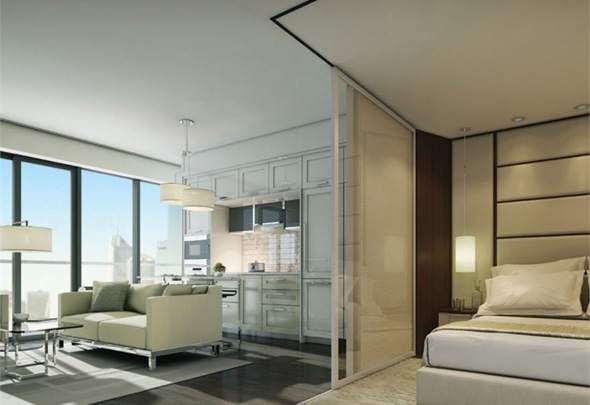 Luxury comes at a cost, however, and that cost is approximately $800 per square foot. Wait — what?! $800 Per square foot!? That's one hell of a going rate, and keep in mind that I'm citing just-launched, pre-construction, base-design-package prices. They'll only go up from here, most likely. Parking costs here, too, are on the higher end of downtown pricing at $45,000 per spot, along with maintenance fees starting at $0.58 per square foot. And with The Britt boasting everything from a pet spa, to an outdoor pool, to saunas and hot tubs and more (all of which demand regular upkeep), chances are those fees won't stay at that level for long. Thus, it seems The Britt is much better suited to a pair of wealthy downsizers than a lowly prospective first-time homeowner. I guess... I should just stop right here...

But let's say, for the sake of... I don't know... "trust fund babies" or something, that you decide to go with your basic one bedroom suite. Cool. Except your bedroom won't have a window, and it'll be closed off by a pair of sliding pseudo-doors. The bedroom probably won't be enough room for a dresser, and unless you snag one of the suites with a walk-in closet (which, granted, is a pretty nice perk), your room might feel more like a box than a living space. The layouts and limited square footage (under 500 square feet) of most of the one-bedroom units means you'll have to choose between a couch and a functional dining table, and counter space is confined to "that little square" beside the sink. Good thing the main floor lounge is so nice and comfy, because you'll have to saunter outside your door to get a feeling of a little more living space. Or you could just fork over an extra $50,000 or more for a larger unit — whatever works.

And brush this one off as silly nostalgia if you must, but it would've been nice to see a little more of the ol' Sutton in the new Britt after all is said and done. Yes, they're keeping the pictures of celebrity hotel guests, but would it have killed them to salvage an old mantle or the piano that went to auction? This is not a from-scratch build, after all, so a couple nods to its former days might have been nice. Then again, I guess I'm just an old softie.

Good for baby boomers with little patience for elevator waits, lots of money, and a fleeting sense of nostalgia. 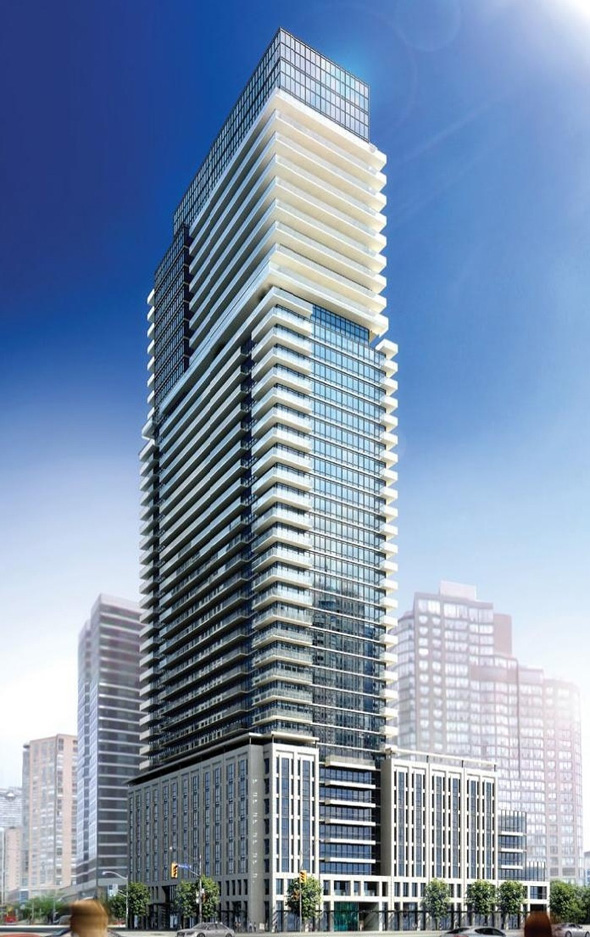