Dragon Condos, of course, is the name of the new 10-storey property slated for the heart of Toronto's Chinatown (and yes, the building will come with red exterior accents). An Ideal Developments project, this condo may yet be a few years away, but it has already hopped on the hot issue du jour by promising a free bike and bike parking for each unit purchased — or maybe it's just that cycling is the most efficient mode of transportation on this stretch of Spadina (that must be it). With just over 100 units and its own swanky rooftop patio, here are all the details about Dragon Condos. 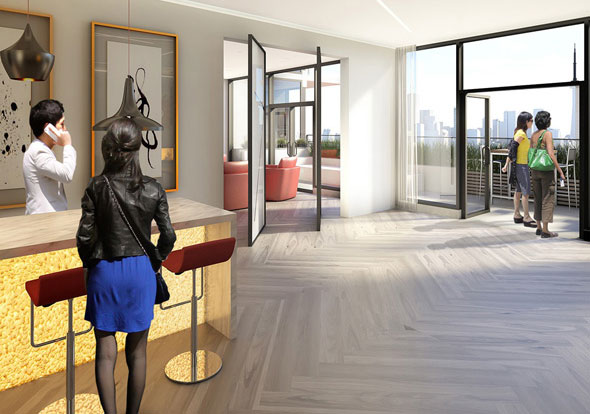 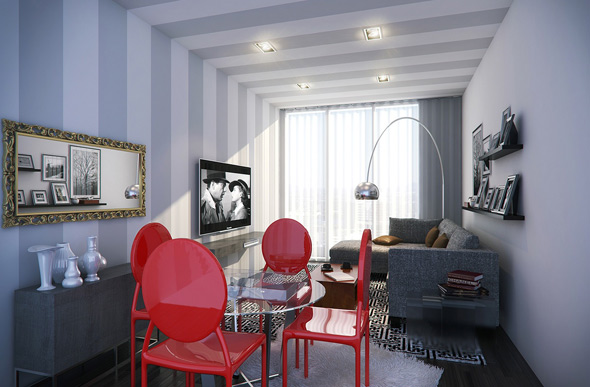 Well, you certainly won't be short of options if you're in the mood for dim sum. Dundas and Spadina is always bustling, and thus, ideal for those who can't get enough flashing neon signage and year-round sidewalk sales. In all seriousness, though, the area has virtually everything a downtown dweller might need, including easy access to two transit lines, and plenty of dining and nightlife options. If you find yourself among the all-too-prevalent "house poor" after dotting the i's on your spankin' new condo, you can — at the very least — rely on the super-cheap Chinatown shopping options to sustain you during that 25-year amortization period. Better develop a taste for watercress. 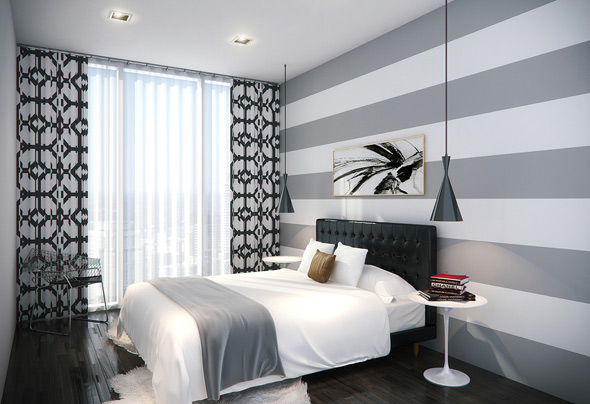 Now, onto the floorplans. While many Dragon Condo's suites sorely lack in terms of livability (more on that later), it has at least provided one example of how to make use of a small urban space. Applause for you, Dragon; you've earned it. Its one-bedroom Opal 4, is, in my humble opinion, the best example of how to lay out 560 square feet of space. The kitchen is an actual "kitchen" — a designated cooking/preparing/snacking space — rather than simply a wall of appliances.

This means residents are afforded actual counter space, a complete breakfast bar, and the luxury of being able to wash raw chicken in their kitchen sinks without also being in their living rooms. The plan also includes a sizeable living/dining area, a bedroom with a window (yes, unfortunately that characteristic has become laudable in new suites), and a bedroom fixed with an actual hinged door. So simple, yet so rarely seen in upcoming condo builds. In this case, Dragon has it right.

And another quick (if somewhat superficial) plus. While rarely am I swayed by over-glossed renderings, I must say that Dragon's rooftop patio does seem quite swank. All the lights, sounds, and wooden-beamed-canopies of Toronto's best rooftop patios, without the gaggles of bachelorette parties and abundance of Maison Mercer sheer leggings (sorry, Mercer). 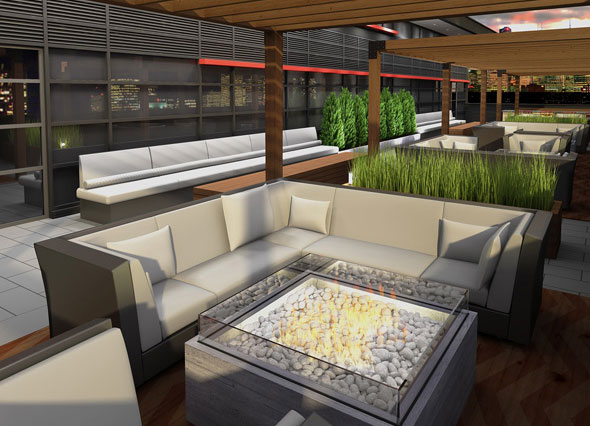 This area doesn't have an off switch (and I'm not just referring to the blinking neon signage, but that too). While a home right on a major street does have its advantages (and a streetcar stop outside your door just gets better with winter), the honking, the sirens, the drunk sing-alongs after last call — they never stop. I anticipate some real-estate-minded investors might see a Dragon purchase as an ideal option for renting, not living. Because hey — those unattached hospital residents need a place to crash, right?

The area itself offers another unknown. While certain Toronto neighbourhoods are clearly on the up (Dundas West is a prime example), this area of Chinatown seems in its prime. That's not necessarily a bad thing, unless, of course, you're hoping on a quick flip and return. And there's also the ominous evolution of Toronto's more ethnic neighbourhoods of late to consider. For instance, Greektown seems to be welcoming one corporate chain after another, Little Portugal is becoming a "little stretch of clothing boutiques," and Little India, well, it's hard to say exactly what's happening there, but it's certainly hosting much less activity than it did 10, or even five years ago. Obviously, it's impossible to foresee what will happen to Chinatown over the next few years, but the questions of its fate would weigh heavily on my mind if considering a Dragon Condos purchase. 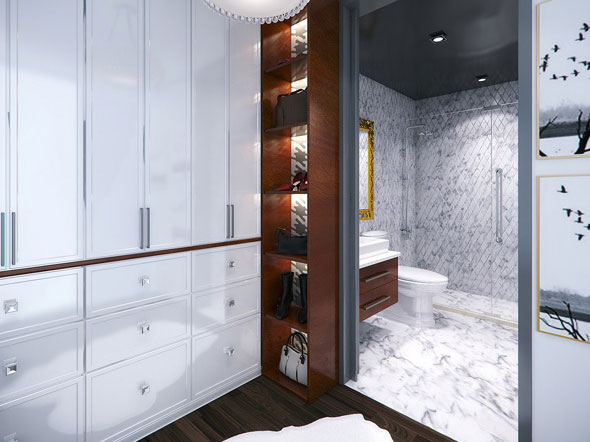 But let's say I get over my neighbourhood qualms and decide Dragon is for me. Super. Except some of these floor plans just simply wouldn't cut it. A good number of units are unbelievably narrow, resulting in bedrooms without windows and kitchens as corridors. Granted, some of the larger units offer kitchen islands, cornered countertops, and bedrooms that let you see outside (squee!), but you'll likely have to shell out a lot more dough. Damn 1-percenters and their access to natural light...

And a final note on transit. While Dragon was obviously designed with non-car-modes of transportation in mind (see: "free bike," "40 parking spaces," above), if you do happen to have to putter out there in a car, count on one hell of a traffic/parking/stopping jam. And thus, be sure to tip the pizza delivery guy.

That Opal 4 layout does look mighty fine. But remember what happened to Kramer when Kenny Rogers Roasters chicken restaurant moved in across the street, flashing its red neon chicken to no avail? I'd be concerned about my sleeping patterns.